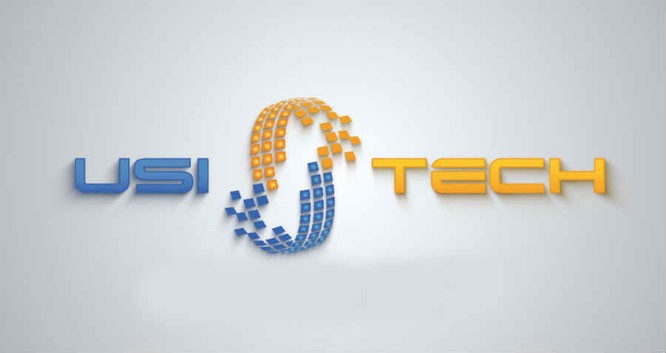 One of the very prevailing occurrences these days is the upspringing of crypto companies. Most of them promise mouth-watery rates that appear too good to be true. One of which is USI-Tech.

Can you beat that?

In fact, so many things were wrong with this crypto bot company starting from the owners to the panegyric.

A quick question before we continue; can you trust and invest in a company owned by fraudsters?

Enough has been said already. Here is a tip of all this post will describe.

Who is USI Tech?

USI Tech (United Software Intelligence Technology) is a technology company that claims to have built the world’s first automated trading platform for Bitcoin.

They have been providing Bitcoin packages that automate mining, trading, and coin for customers.

Isn’t it rather suspicious that USI Tech website has nothing to say about its founders and team members?

This sets off the alarm for transparency.

There is also little or no information on the products they offer.

However, the founders Joao Severino and Ralf Gold have a history of being involved in some questionable projects.

For instance, Joao Severino was barred from financial activity in Portugal because of his involvement in a Ponzi scheme called AMC Invest.

Similarly, Ralf was involved in quite a number of Ponzi schemes namely MX Fast Money, AdsProfitWiz, HourlyRevShare, and Upper Game to mention a few.

USI Tech website states that the company headquarters is in Dubai. However, the registration number actually shows that they’re registered in Ras Al Khaimah.

A lot of things just doesn’t add up. And they will aid a poor review for USI Tech.

You need to read this: Ally Invest vs Robinhood: Best Option in 2022 | Pros & Cons

How Does USI Tech Work?

Basically, users will create a free account and purchase a bitcoin package for €50 each.

This option is optional because you can earn using the referral system even without buying a Bitcoin package.

The company allegedly pays a 1% profit every day for the duration of the package.

Asides the bitcoin package, users may also trade, mine or purchase crypto coins from them.

How Can You Make Money with USI Tech?

What USI Tech basically does is to offer customers ways to trade with Bitcoin regardless of their level of experience.

So, customers purchase bitcoin package. Each package as a deadline of 140 days. The more packages purchased, the more the profit the user gets.

The payout is calculated on a weekly 5-day average. They claim to pay a 1% daily payout and 140% return for a package.

The bottleneck to this is that all the customers who have allegedly received the profit have no proof of claims.

Similarly, users can also make use of the referral program to make 10% commission.

If USI Tech is as authentic as the owners claim it is, why will the Texas State Securities Board give it a cease and desist order?

Our research found out this.

In December 2017, the Texas State Securities Board served USI Tech a cease order. This came after an internal investigation where evidence of securities fraud was found.

According to their review, USI Tech failed to disclose the details of their operations.

This is not surprising because their board were anonymous for quite a long time.

Is USI Tech legit Or a Scam?

Before going on to the reviews by users, we would like to answer the question many users of crypto bots usually ask. Is USI Tech legit or a scam?

In my opinion, I would give the company a 5% legitimacy rate for many reasons.

First, the owners have been USI Tech have been reviewed to be involved in a number of ponzi schemes that left users defrauded.

RELATED:  Can I Write a Check to Myself? Simple Guide in 2022

I will like to think that owners with such a portfolio should not be trusted with your cash.

Secondly, the majority of the alleged beneficiaries of large sums have no proof for the claims. In fact, the company is registered in Dubai but all the testimonials are from the USA. Why are Dubai users not benefiting?

Well, the only people singing USI Tech’s praises are its affiliates. Look closely and you’ll notice a connection between them.

Lastly, they have been closed out from the investment market in the USA and Canada. Users have no access to their accounts and funds.

Do you still need more reasons to form an opinion? Read the USI Tech user reviews below.

These reviews from USI Tech users have shown that the company is a scam and not legit. We will let you read a few of them below.

“This company stole $1700.00 from me. The people responsible should not see daylight. Scammers. Pieces of crap. First time I bought bitcoin was through usi-tech. They killed my attitude on bit coin. I would have 75,000 in bit coin write now from the money they have stole from me” – John Hubel

“They not answering the emails. They shut down the representative section and can’t access the last payments. (1 week ago they was only sending small amounts to mostly HYIP monitoring accounts). I know that some people invested big amounts and can’t withdraw.

In their website, they say ‘we will execute orders when the payment session starts’, this can be little hope for you but very little(I also tried to ask when they start the session but got no answer).

RELATED:  Hashing24 Review 2022: Is It Legit Or Another New Cloud Mining Fraud

One of the facts that cannot be denied no matter the reviews online about USI Tech is that many users made a lot of cash buying bitcoin packages.

What however remains a mystery is how USI Tech made the profits users got a share of.

Also, they literally cashed out with peoples’ funds in the USA and Canada just when they had won the hearts of the masses. Users have been unable to access and withdraw their funds.

Another fishy activity is USI Tech asking her affiliates to remove any evidence that they promoted the company on websites and social media.

Why will a legit company ask her affiliates to withdraw their support because of a glitch? That sounds lame.

All these points down to the fact that USI Tech was too good to be true. Obviously, it was a well-structured Ponzi scheme as its results have proved.

From the USI Tech reviews, we can gladly conclude that USI Tech is a scam and not a legit investment bot. Anyone who still wants to invest should be cautious not to get drowned.

However, there are lots of legit crypto companies you can invest with. Most of these companies to legit money online have been reviewed by the Wealth circle. Read the posts and invest in a venture that will bring all smiles.