What’s the first thing you do when you want to get a new gadget — a smartphone, laptop, smartwatch? You run a quick search of your options (if you have any) and watch a couple of videos on YouTube channels of technology before you decide, right?!

Over the years, YouTube has established itself as the go-to location for comprehensive tech reviews, influencing 64% of purchasing decisions.

So, besides curating the cute cat videos and animations, YouTubers now give holistic reviews of tech gadgets to keep you informed on the perks and drawbacks of various devices.

With the plethora and ever-increasing number of these reviewers, it may be a tad tricky to find one channel to trust. That’s why we have provided this list of the 10 best channels on YouTube for Technology.

The Marques Brownlee channel is owned by Marques Keith Brownlee, popularly known as “MKBHD.” MKB is his initial, and the HD stands for High-Definition.

The channel is often regarded as one of the best on YouTube for technology. In fact, according to the former Senior Vice President, Social for Google, Vic Gundotra, Marques is “the best technology reviewer on the planet right now.”

When Marques was still in high school, he discovered his interest in making YouTube videos and started in 2009. Since then, he has remarkably grown his channel and improved his content, boasting over 15.6 million subscribers and 2.9 billion video views.

With his impressive high-quality tech videos, he successfully hosted personalities on his channel like Elon Musk, Mark Zuckerberg, and Will Smith.

Linus Gabriel Sebastian owns the Linus Tech Tips and three other related channels – Techquickie, TechLinked, and Channel Super Fun. His Linus Tech Tips alone has a subscriber base of 14.5 million with 5.7 billion views.

This young Canadian YouTuber launched his YouTube channel while working with a currently inoperative online computer store in Canada, NCIX. He was asked to create a YouTube channel to review and advertise the products in the store.

Fast forward to six years in 2014, and Tubefilter named his channel one in the “top 1% of Google’s preferred advertising channels” on the category of YouTube for the technology.

He wields his grounded knowledge of technology and tech gadgets to make his content entertaining and informative. What makes his videos relatable is that he understands that tech can be complicated, and in all his videos, he tries to make it easy, whether they are computer processors, nuclear fusion reactors, or any emerging technologies.

This YouTube channel has given its 18.2 million subscribers and more than 4.2 billion views of raw tech goodness with its truly unique content.

Started in 2010 by Lewis George Hilsenteger, the host, and Jack McCann, the videographer, the Unbox Therapy channel gives you the same unboxing feeling, as the videos are engaging, informative, and original.

In 2014, the Unbox Therapy channel uploaded a video of Lewis carrying out the iPhone 6+ bend test. Following reports that the Apple product had started bending, Lewis bent his phone with his bare hands to show that the reports held water. Of course, it was met with some controversy.

Besides the regular smartphones and laptops reviews, Unbox Therapy also unboxes other not-so-common products in the YouTube for technology category.

His videos are often more than the ordinary tech videos on YouTube. Besides the regular gadget reviews, he also makes videos that showcase how-to’s, life hacks, technology, scientific experiments, and shows.

He dropped his former catchphrase, “safety is number one priority,” in 2019 when he started inclining towards Gadget Review Videos and Junk Box Videos.

CrazyRussianHacker has over 11.5 million subscribers and 2.9 billion views. Currently, his videos center around kitchen and camping gadgets, giving him an even more diverse audience and popularity.

Read Also: How To Make Money on YouTube Without Making Videos

With a starting capital of $40,000, he launched TechnoBuffalo.com in 2009. Over time, it became a hub for tech lovers to talk about gadgets and technology.

RELATED:  How To Get Out Of A Cell Phone Contract Without Paying | 7 Steps

However, he later sold both of his platforms to Mobile Nations, one of the most prominent digital publishers globally. Now, he owns a personal channel, Jon Rettinger, with 1.6 million subscribers and 5.6 million views.

His channel is also a forum where tech enthusiasts can gather and share their opinions and thoughts about different gadgets.

This Youtube Channel for technology is the most followed in the United Kingdom. Run by Arun Maini, a 26-year-old economics student, MrWhoseTheBoss has over 10.4 million subscribers and 1.6 billion views.

Because of his love for technology, he quit his job and focused his time and resources on growing and improving his channel. Now, he has built a fine platform that geeks all over the world respect.

In recognition of his input to the technology division of YouTube, Arun has featured in popular publications worldwide, including Huffington Post, The Daily Telegraph, and BussinesInsider.

He successfully grew his channel with his very detailed, fun, and engaging gadget reviews, tech fails, and comparison videos.

You can also see How To Make Money on YouTube Without Making Videos.

Formerly known as tldtoday, Jonathan Morrison is a channel on YouTube for technology owned by Jonathan Morrison. He launched the channel in March 2010 as a platform to review tech gadgets in high-quality, aesthetically pleasing videos.

His videos range from gadget/ software reviews, buying advice, music collaborations, and the unboxing of the latest phones.

The Jonathan Morrison channel has built its subscribers base to 2.6 million and 4.7 million views over the years.

Android Authority was first launched in 2007 as a site reviewing all Androids products. But in April 2011, they joined YouTube and started their YouTube journey with the Android Authority channel, reviewing and unboxing Android smartphones and gadgets.

If you are an Android operating system enthusiast, this channel is right up your alley. It houses videos on android apps, games, smartphones, how-to guides, and more. The channel currently has 3.4 million subscribers and 7.2 million views.

RELATED:  How To Build Wealth: 10 Simple Ways To Build Your Fortune

Operated by technology nerd and YouTuber Erica Griffin, iJustine was started in May 2006. Now the channel has an amazing subscriber base of about 7 million and 1.3 billion views.

What makes her channel outstanding is the brutally honest, original, and engaging videos she uploads. She also started a ‘Vlog University with iJustine’ program where she teaches her subscribers everything about tech vlogging.

This truly remarkable woman has also been featured in TV series including Law and Order, The Vampire Diaries & Criminal Minds.

You may want to know how much these YouTubers make. Check out our article on the Monthly Salary of YouTubers with Over One Million Subscribers in 2022 to know more.

Austin Evans runs the YouTube channel, Austin Evans. He reviews the best technology, from gaming PCs to smartphones and everything in between.

His YouTube journey began in 2009 when his friend suggested and encouraged him to do a video of an app review and upload it on YouTube.

That video was a speed test between iPhone 5 and Samsung Galaxy S3. It eventually got featured on Mashable and gained over 100,000 views in one day.

Over time, Austin Evans has grown his channel to favorably compete as one of the best channels in the YouTube for technology category, with 5.3 million subscribers and 1.3 billion views.

So that’s it – our list of the top 10 YouTube channels for insightful tech. We know there are many tech YouTube channels, and choosing one of them to trust could be an uphill climb.

But with the channels on our list, you should easily find a channel to scratch your itch for amazing new tech trends.

10 Most Expensive Cities in California 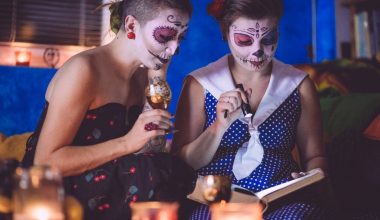 Read More
ppersonal development
Despite numerous protests to the contrary, there are a plethora of excellent locations to submit horror short tales… 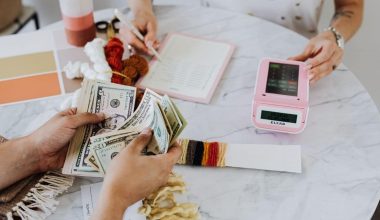 Read More
IInvesting
Buying stocks is surely a great way to invest your money and the earlier you do that, the… 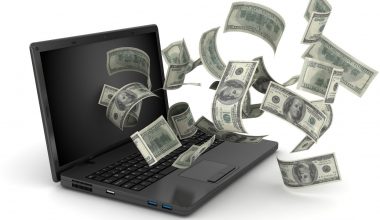 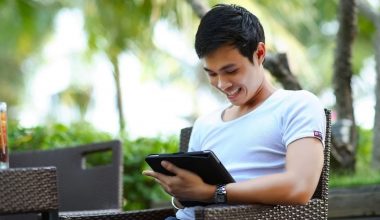 Read More
MMoney Management
With the effects of the pandemic still showing its head, people have recently been exploring financial freedom options,… 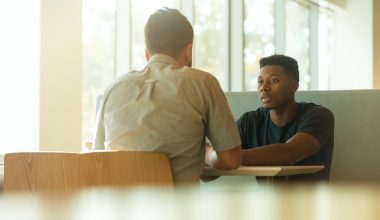