Top 10 Careers in Physics that are Marketable in 2021

A career path in physics opens robust and plentiful employment opportunities across the STEM landscape (Science, Technology, Engineering, and Mathematics).

According to OSU, “Graduates with physics degrees earn more right out of college than any other science major. Also, physics has one of the lowest, if not the lowest, unemployment rates of any major.  Why is this? We don’t know why, but we suspect that it has something to do with a breadth of knowledge physics majors have”

If there is any reason to study physics, then that should be motivation enough.

We will get right into the marketable careers in physics. Meanwhile, the table of content is below.

Physics is the study of the ways in which various forms of matter and energy interact.

With a physics degree, students explore and understand the fundamental building blocks of the universe, with a good range of career options after university.

In addition, they also study forces like gravity, electricity, and magnetism to learn why everything from particles to planets move the way they do. Without the work of physicists, we wouldn’t have x-rays, lasers, light bulbs, microwaves, solar panels, televisions, airplanes, or computers.

You’ll need to know this: 10 Resources & Best Websites for Physics.

Are physicists in demand?

Before we answer the question, we will like to point out that Physics degrees are highly respected by employers. It also offers ample career opportunities. This is because physicists develop mathematical reasoning and critical thinking skills. As well as the ability to detect trends and patterns and communicate complex ideas.

Now to the question. The overall employment of physicists and astronomers is projected to grow 7 percent from 2019 to 2029, faster than the average for all occupations.

This entails that physicists are in high demand because of their vast abilities.

Which field in physics can I major in?

Physics is often described as the most fundamental of the sciences. Interestingly, its principles can be applied in a myriad of ways.

You can become a physicist by studying any one of a number of different fields of physics. Here are just a few you could choose from:

How much does a physicist earn?

The salary of people who have physics majors can vary based on the level of education and the nature of the job.

For, example, the typical starting salaries for physics bachelor’s degree holders range from about $28,000 for those who work as research assistants and lab technicians in colleges and universities to about $65,000 for those who found STEM-related positions in the private sector.

According to the Bureau of Labor Statistics, the median annual salary among U.S. physicists is $131,080. Similarly, the average hourly rate is $63

What are the Industries that Employ Physics Graduates?

Many students wonder what careers to pursue with their physics degree upon graduation. Truth is, you can do a lot.

In fact, many industries employ young physics graduates because of their analytical and problem-solving skills.

For instance, according to the AIP report, the percentage of physics bachelor’s degree holders who enter the workforce instead of going to grad school has steadily increased every year since 2010.

A Guide to the Career Path in Physics Major

The first step to starting any physics career is to obtain a bachelor’s degree. This is the basis for an entry-level career.

A bachelor’s degree usually takes four years to complete and provides a solid and broad background of information and training.

The Master stage takes typically one and a half years, the last half-year of which is devoted to the master thesis.

Work experience is a pre-requisite for some high profile jobs and also advanced/ doctorate degree.

A doctoral degree in physics opens you to better career opportunities. Most of the marketable careers in physics as you’ll see below require a doctorate degree.

According to US News, these are the best physics schools for graduate and undergraduate programs. And they are duly accredited.

This article will provide more in-depth information: 10 Best Physics Schools in the World | 2021

There are lots of careers in physics that are marketable. This section has listed the best 10.

This is among the highest-paying careers in physics.

The job role of this physics career may include conducting laboratory research, evaluating the safety procedures at a nuclear power plant, designing medical equipment, and performing weapons inspections for the military.

This position requires a doctoral degree.

The Median salary for this marketable physics career is $111,567 annually.

Astronomers are professionals who use satellites, optical and space-based telescopes to study stars, planets, and galaxies.

They basically develop and explore theories about how stars form and how planets evolve.

They mostly work in government research centers, though some spend much of their time in observatories.

This requires masters or doctoral degree

This marketable physics career has an average salary of $122,270.

RELATED:  How To Become A Certified Aromatherapist In 2022 | Schools, Cost, Job Outlook

This physics career investigates the structure and properties of both natural and synthetic materials and finds new ways to improve or adapt them for different uses.

A typical material scientist can design better prosthetic devices, develop new types of paints, or using ultrasound to uncover hidden defects in railway tracks. In addition, these scientists can work for universities, oil and gas companies, or computer manufacturers.

This also requires either a doctoral or master’s degree. Bachelors holders can work as an assistant until they have ample experience.

Meteorology is a branch of the atmospheric sciences that includes atmospheric chemistry and atmospheric physics, with a major focus on weather forecasting.

With this careers in physics, you can analyze atmospheric conditions and prepare accurate weather forecasts. This job role can be taken in the broadcasting, agriculture, aviation, and aerospace industries.

Some meteorologists focus on researching the causes of hurricanes or tornadoes or developing computer models of climate change.

A bachelor’s degree in physics is enough for some positions. But, those that focus on research will require a master’s or doctorate degree.

Another of our top marketable careers in physics is data scientists.

Data scientists use their advanced quantitative abilities to collect, synthesize, and analyze large sets of data. They might also develop new tools or processes for data collection. This data is used for business forecasts.

Computational scientists use computers to model and simulate the physical world/scientific problems. This marketable career in physics investigates phenomena like fluid flow, air turbulence, or heat transfer. And these help energy companies, biomedical firms, or aircraft manufacturers to develop better processes and products.

A graduate degree in physics can get you started in this field.

These professionals design, operate, and maintain laser equipment. This requires a solid understanding of physics.

Laser engineers are a specialized type of optical engineer. These careers in physics develop laser cutting systems for manufacturing firms, produce sophisticated equipment for surgical procedures, or work on navigational systems for the military.

Opportunities are also available in the telecommunications and construction industries.

Masters and doctorate in physics

This marketable physics career focuses on controlling and manipulating light.

These professionals apply their knowledge of the properties of light to the design and creation of telescopes, cameras, scanners, and fiber optics communications systems.

Most of them manufacture new products while others innovate on existing ones.

You’ll need a master’s degree to get into this field.

The Median salary for this marketable career in physics is $89,702.

Technical writers document technical procedures and products. They make use of skills in writing and communication as well as a sound understanding of scientific phenomena.

A degree in physics can be a good foundation for this career. Again, you need training in writing and communication.

Accelerator operation is a career in physics that controls massive particle accelerators that are an essential part of many scientific research experiments.

The role of this marketable career in physics involves monitoring, adjusting, and repairing equipments that help scientists study the behavior of subatomic particles.

A bachelor’s or associate’s in solid physics can get you the job, but you should expect to undergo long hours of on-the-job training.

This can be a very rewarding career in physics. You’ll essentially make the laws of nature understandable to the young.

According to tradeschools, one survey found that more than three-quarters of those who completed a bachelor’s degree in physics and went on to teach high school were satisfied with their jobs.

Bachelor degree in physics can start this career in physics. However, you have to be licensed to teach public school, but some states have special certification processes for people with bachelor’s degrees, so you may be able to start teaching immediately.

Some other highly marketable careers in physics include:

These are some of the most marketable careers in physics for those who majored in physics and have only a bachelor’s degree.

These jobs are directly related to your physics degree. These include.

what kinds of careers are there in physics?

What kind of jobs do physics majors get?

Bachelors and associate degree holders get the following physics jobs

From the article, we can conclude that there are various interesting career paths in physics, and they’re all highly marketable.

These should motivate you to pursue a career in physics as they are highly rewarding financially.

We have taken the initiative to list the best physics colleges you can attend for the best of education. Best of luck! 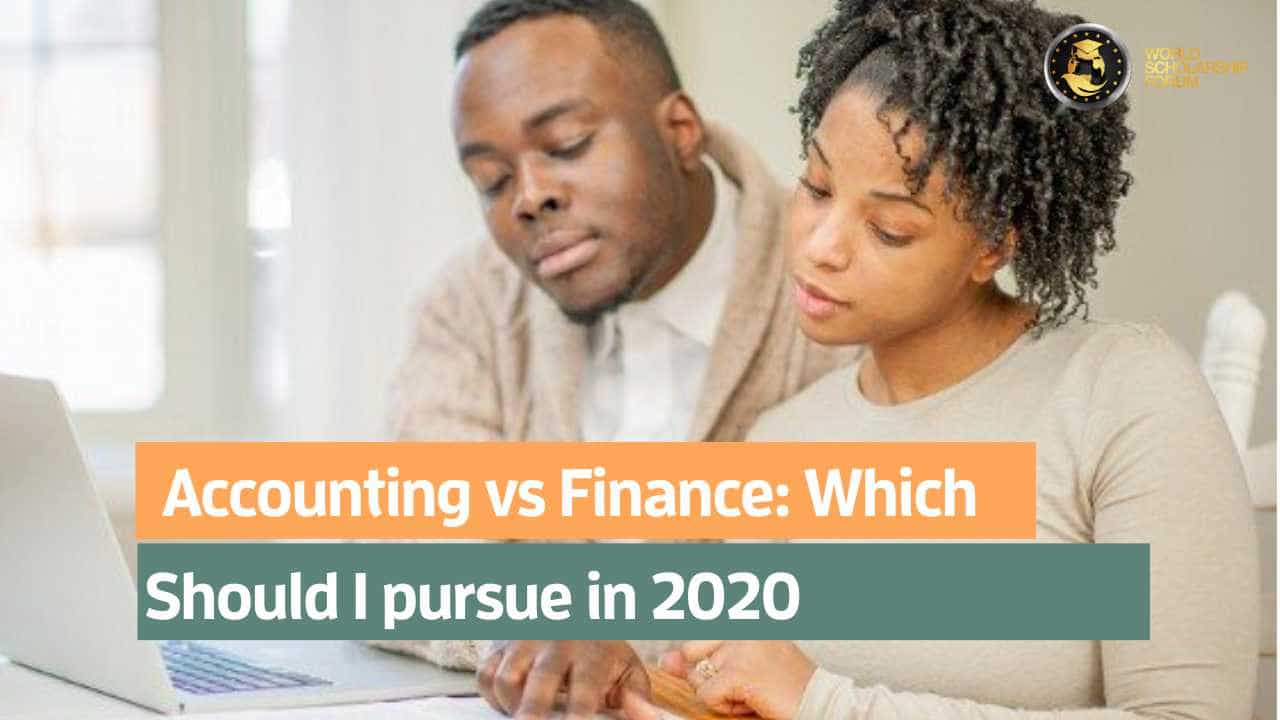 Read More
Accounting and Finance are similar in certain ways, as both disciplines deal with crushing numbers. However, there are…
IINTERNATIONAL SCHOLARSHIPS

Read More
Applications are invited for the Swansea University Science Scholarships for Indian Students for September 2017 entry. Each scholarship is…
UUniversity Reviews 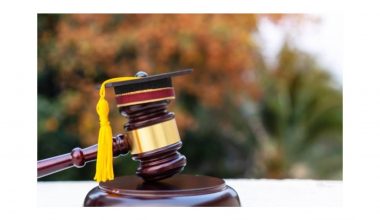 Read More
Law is unarguably one of the most important professional courses in the world, especially in Canada. However, your…
IINTERNATIONAL SCHOLARSHIPS

Read More
Research Description Applications for the COMNAP Fellowship Program is currently  been submitted. This award is basically  available…
CCareer 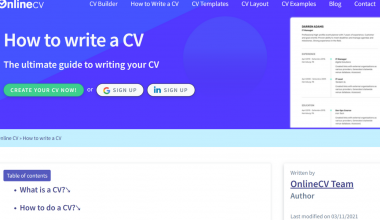 Read More
Writing a good CV can be challenging, but it doesn’t have to be stressful. All you need is…
SScholarships by Countries

Read More
The university of Leuven in Belgium is pleased to call for applications for the PhD Position on First -Principles…
DISCLOSURE: This post may contain affiliate links, meaning when you click the links and make a purchase, we receive a commission.