Home What is Finishing School? How it Works | Locations
BBest Tips For Students in 2022 | Schools and Careers

What is Finishing School? How it Works | Locations

Becoming well-groomed goes beyond completing high school, graduating with good grades, and getting a job. How to behave in public, address others, and state your opinions may not be taught essentially as a course.

Centuries ago, “Finishing Colleges” we’re the go-to for social etiquette and deportment. Although specifically designed for women, learning how to behave should cut across genders. So, what is finishing school and its role in becoming well groomed?

So many decades back, preparations were made specifically for women to learn how to behave in society. It holds special grooming sessions was for them essentially to teach them social graces and upper cultural rites.

Well, this article answers the question “What is finishing school, how it works, what is taught, and transition of Finishing Colleges” into modern “charm school”.

The table of contents below reveals the order in which these questions where duly answered in this post.

What is the Meaning of Finishing School?

Every group or society have a customary code of polite behaviour among members. An, it is important every member inculcates it into his/her demeanor.

“Finishing Institutions” originally are schools that teach you this and more. The meaning of Finishing school is traceable to Graeme Donald’s claims.

He posits that many young wealthy women were sent to”Finishing Schools” majorly to learn how to behave in public.

Its origin is traceable to the educational ladies salons of the late 19th century and other finishing institutions in Switzerland at that time.

In clearer terms, a finishing institution is defined as a school for young women that focuses its teaching on social graces and upper-class cultural rites. These teachings serves as preparations for entry into society.

What Age do You Go To Finishing School?

So, Finishing institution programs are a year or two years long. And, it filled the gap between the end of grammar school and marriage. Depending on locality, 18 years old ladies could get married.

RELATED:  Easy Procedures To Get Pakistan Student Visa Fast In 2022

Generally, the average age for marriage was 22 years in the 18th -19th century when “Finishing Colleges” were at their peak.

This opines that the right age for finishing institutions ranges from 14 years to 22 years. Basically, the period between graduating from grammar school and becoming married.

During the 18th century, “Finishing Institutions” were so important for every girl child. Initially, it was specifically for the high and mighty in society.

Because their daughters were also groomed to assume wealthy wife roles in royal families.

Upon graduation from grammar school, “Finishing Schools” come in handy to raise women with the society’s etiquette and deportment.

Generally, there is no prototype for “Finishing Schools”. Courses at these schools may be as short as a few weeks or as long as 2 years.

For instance, Institut Villa Pierrefeu – a “Finishing School” that bills itself as the last in Switzerland hosts a summer course that lasts for six weeks. The school was a traditional chalet built-in 1911 for a Dutch baroness.

According to a story shared on NewYorker.com – an abundance of wealth and time are de-facto prerequisites for admission at Institut Villa Pierrefeu.

This school was important because few educational opportunities were available for women in the 1900s. So, attending this type of school gave women of that age a higher social status which makes them more attractive marriage partners.

What is Taught in Finishing School?

Everything you need to become a well-groomed woman is taught in this school. Grooming a girl into a lady means she understands what to wear for each occasion, what to prepare for every kind of gathering and how to serve properly.

Social etiquette and deportment required of women in such a society also form the curriculum of “Finishing Schools”.

For instance, how do you arrange your buffet and bar for a party at home? How many coatroom attendants would you need if your husband was to host a cocktail party for a hundred people in a chalet? “Finishing Schools” teach the above and so much more like how to make a bed, where to place the oyster fork and how to make a Martini.

In summary,” Finishing Schools” groom women to become wives to royalties and mothers too.

In the 1960s, during the second wave of feminism – most “Finishing Institutions” went into extinction. Basically, the agitations for women’s roles in society were the worst event for these types of schools.

The awareness spread like wildfire and women were no longer willing to object. The desire to be among the workforce, receive equal pay, contribute to societal growth waylaid the goal of “Finishing Schools”.

Women at this time and beyond were in need of respect and reward for their knowledge, skillset, and professional competency. They do not want to be seen as just well-groomed genders for marriage.

So, “Finishing Institutions”do not exist in their original sense. However, becoming a voice in society does not override the importance of a good demeanor. So, while most finishing institutions had closed down, modern institutes of learning merge the concept of Finishing Schools in their today’s teachings.

After the Second Wave of feminism, women could now join the military. Read Also: Best Military Schools for Girls in the World

Top Finishing Schools and Their Locations

At the time these type of schools were at their Peak, Switzerland private Finishing Schools were the pipe that dictates the tune. Below are some of the top “Finishing Institutions”:

This made Switzerland the best among the rest. It was founded in 1882. Currently, it is an international secondary school that offers a grade 14′ or graduate year of cultural studies.

The school groomed women for over 100 years. Currently, past students, staff, and teachers of this institution can meet on its Blogspot.

This finishing institution taught young ladies from 1960 until the late 1980s. Her students were between the ages of 16 and 20. The school was one of Britain’s stronghold in Finishing Institutions located in County Durham.

Currently, it is a private Grade 11 Georgian building available for hire.

According to Wikipedia, this school may reopen as an international business school for 2020-2021 sessions.

This school currently runs as a hotel. After it closed down as a special school, it became a cookery school for several years encompassing a broader curriculum.

The traditional Swiss and European “Finishing Institutions” closed down as women advocated for more challenging roles in society.

But, the need for social grace, deportment and etiquette remains paramount in this society. Some educational institutions now incorporates the modular format into their teachings.

Below are some of the top schools that has introduced a contemporary Finishing School:

This is the first school to organize an upgraded Finishing institution curriculum. It seeks to bridge the gap between becoming professionals and obtaining a world class status.

Its curriculum encompasses social and business etiquette alongside protocol intelligence.It opines that “finishing is within a whole new context. It pioneers a modern-day approach that accommodates women and men of all ages.

Classes teach students to take their professional and social talents to a higher level.

#2. University of the People

Uopeople posits that a “Finishing School” equips you with the sought-after skills in today’s highly competitive job market.

It updates the concept of the former to develop a program that is all-encompassing. Unlike traditional “Finishing Schools”, Uopeople replaces “etiquette” and “manners” with “soft skills” and “cultural competencies”.

So, it offers degree programs that enhance ones listening and communication skills. Students also learn to combine these skills with empathy, emotional intelligence, and intercultural competencies with an accredited degree.

#3. The Etiquette Institute of Washington

Just a little drift from the traditional financial institutions, Washington etiquette offers a curriculum that develops both interpersonal skills and digital images.

Although called Etiquette, it offers more than an etiquette course. With the sole aim to instill confidence and grace in tomorrow’s leaders, courses refine both the intellect and aptitude of students.

This is usually achieved through activities such as theatre, museum visits, and fine dining experiences.

How much does etiquette school cost?

A six-month course in an etiquette school may cost as much as $6,000 per child. However, online courses cost around $500 while business lessons could cost $1,000 per person.

What do they teach in Finishing schools

Traditional Finishing Institutions teaches women how to behave in society and how to play their roles as wife exceptionally. Finishing schools groom women to carry social graces and upper cultural rites. It prepares women for marriage.

“Finishing Institutions” went extinct in the 1960s during the second wave of Feminism. Currently, a few learning institutions has upgraded the concept of Finishing schools. This upgrade the incorporate into their curriculum. There quite a handful of etiquette schools too.

Social etiquette and business etiquette are essential in today’s world. Learning how to behave in an open space, relate with other humans can never be out of style.

Does this article meet your immediate needs? If yes, leave us a 5-star rating in the Review Box below. However, if no, leave us an opinion in the comment box to express your concern, or ask a question and we will get back to you as soon as possible. 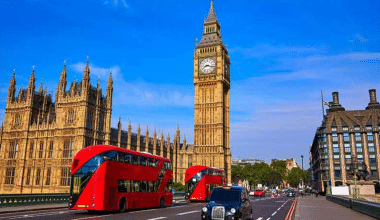 Read More
If you cannot afford to study in a school with very high tuition fees, you can make up…
BBest Tips For Students in 2022 | Schools and Careers 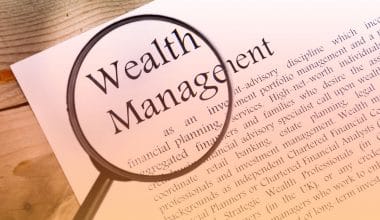 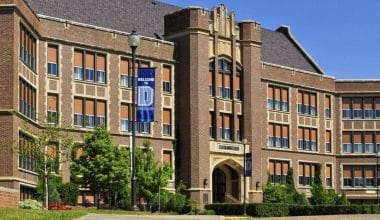 Read More
Choosing the best college for you might be a difficult undertaking. There are various factors to consider, including…
BBest Tips For Students in 2022 | Schools and Careers 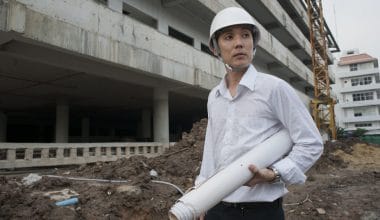 Read More
Getting a Ph.D. involves many confusing steps, especially if you want to study abroad. As higher institutions in…
BBest Tips For Students in 2022 | Schools and Careers 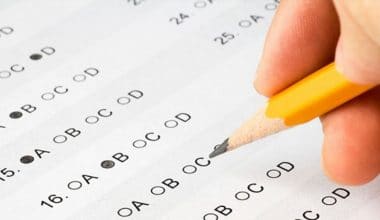 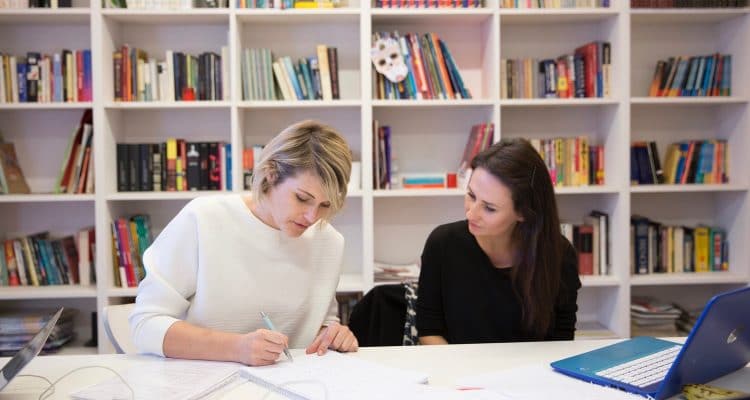 Read More
Getting college transcripts online for free is in high demand. The transcript can be used for admission or job promotion.
DISCLOSURE: This post may contain affiliate links, meaning when you click the links and make a purchase, we receive a commission.