Regardless of this, they have their differences. So, in this civil engineering vs computer science debate, you will get to know their similarities and differences to help you determine which career path is best for you.

The differences between these two fields most often overshadow the similarities that may exist between them as they are quite obvious. From their work environment to their educational pathway down to their salaries, you can easily spot them out.

Before we go on, let’s get an overview of what civil engineering and computer science.

What is Civil Engineering?

Who is a Civil Engineer?

Civil engineers are simply the scientific minds behind the operation of our modern cities. They ensure safe construction, operation, and maintenance of structures, such as roads, bridges, buildings, and dams.

They shape, build, maintain, and expand societies. Be it a bridge, space satellite, dam, road, or tunnel, civil engineers are the people who design, construct, and manage the entire process, from development to evaluation.

Know more about the Civil Engineering Major: Which Option Pays More Than Others Here.

What is Computer Science?

Computer Science is the study of computers and computational systems. Unlike electrical and computer engineers, computer scientists deal mostly with software and software systems; this includes their theory, design, development, and application.

Simply put, the study of computer science involves systematically studying methodical processes (such as algorithms) in order to aid the acquisition, representation, processing, storage, communication of, and access to information.

In fact, computer science is considered by many of its practitioners to be a foundational science – one which makes other knowledge and achievements possible.

Who is a Computer Scientist?

Computer scientists design and analyze algorithms to solve programs and study the performance of computer hardware and software.

The problems that computer scientists encounter range from the abstract (determining what problems can be solved with computers and the complexity of the algorithms that solve them) to the tangible (designing applications that perform well on handheld devices, that are easy to use, and that uphold security measures).

From the definitions above, you will notice that even though civil engineers and computer scientists operate in different areas, they are into the design and development of projects.

What are the Similarities Between Civil Engineering vs Computer Science?

There are just a few similarities between CE and CS since they operate in different fields. The most common being that you need a bachelor’s degree to start a career in either civil engineering or computer science field.

Also, you need to take as well as pass classes in mathematics to earn a degree in either of the two fields.

In addition, both civil engineering and computer science programs generally take four to five years to complete and must be approved by the Accreditation Board for Engineering and Technology (ABET).

Lastly, both the civil engineer and the computer scientist are involved in the design and development of different projects.

Civil Engineering vs Computer Science: What Is The Difference Between Two?

The main difference between these two professions is that while civil engineers are into the professional practice of designing and developing infrastructure projects, computer scientists are involved in the design, development, and application of various software.

Apart from this major difference, there are also other distinctions between a civil engineer and a computer engineer.

Now, we are going to look at these differences from the following areas:

On the other hand, computer scientists basically work on new and existing computer systems, using theory and algorithms to solve complex computing problems.

What Do Civil Engineers Do?

The duties of the civil engineers include:

What Do Computer Scientists Do?

Below are some major duties of a computer scientist:

RELATED:  Is MIT Ivy League? Why Is MIT Not An Ivy League School?

However, for promotion to senior positions, you will need a graduate degree and a license. Licensure requirements typically vary from state to state.

Basically, students earning a degree in civil engineering take classes such as:

These classes however vary depending on the speciality.

According to the US BLS, the employment of civil engineers is projected to grow by 2 percent from 2019 to 2029. Reason being that as infrastructure continues to age, civil engineers will be needed to manage projects to rebuild, repair, and upgrade bridges, roads, levees, dams, airports, buildings, and structures of all types.

On the other hand, employment in computer and information technology occupations (of which being a computer scientist is part of) is projected to grow 11 percent from 2019 to 2029, much faster than the average for all occupations.

The demand for these workers will stem from greater emphasis on cloud computing, the collection and storage of big data, and information security.

According to the US Bureau of Labor Statistics, the median annual wage for civil engineers is $87,060. Meanwhile, from Indeed’s report, the average salary for a civil engineer is $86,938 per year in the United States.

On the other hand, the US BS reports that the median annual wage for computer and information research scientists is $122,840. That is to say, computer scientists earn $59.06 per hour per hour.

Also, Indeed reports that the average salary for a computer scientist is $107,536 per year in the United States.

The annual cost of tuition for a degree in civil engineering or computer science varies greatly depending on the degree program or the kind of college or university you’ll be attending. That is, whether you’ll be attending it in-state or out-of-state.

What is the Cost of a Civil Engineering Program?

As seen on CollegeTuitionCompare, the average undergraduate tuition & fees of best civil engineering colleges is $13,327 for state residents and $43,927 for out of state students in the academic year 2019-2020.

On the other hand, the average cost for civil engineering graduate programs is $15,517 for state residents and $36,413 for out of state students.

What is the Cost of a Computer Science Program?

Still from CollegeTuitionCompare, the average tuition & fees for computer science programs are $3,403 for state residents and $10,822 for out-of-state students for the academic year 2019-2020.

Note that the report above was made using civil engineering and computer science schools in the USA.

Now, you know the accrediting body, programs, and cost of becoming either a civil engineer or a computer scientist, let’s look at some of their best schools.

What are the Best Civil Engineering Schools?

Here is a list of some of the universities that offer the best undergraduate civil engineering programs in the world. Do well to click on each of the CE schools for more information on the program.

What Are The Best Schools For Computer Science?

Get detailed information on the schools above here: 10 Best Computer Science Universities In the World

Which is Best For Me Between Becoming An Civil Engineer or Computer Scientist?

Generally, civil engineering and computer science are both unique fields that are distinct from each other. However, knowing what to pursue depends on your individual and career goals.

If you really want to be part of those who plan, design, and construct cities and other infrastructures, then, you can become a civil engineer.

On the other hand, computer science is a broad field, encompassing programming, networking, information technology (IT), and UX/UI. So, if you have a keen eye for detail and enjoy working with a high level of precision, earning a computer science degree might be an ideal path for you.

However, if you don’t mind doing any but just want to do your job and also earn more, you can compare the salaries of the two and go for the higher on.

You may also like to read Computer Science vs Mechanical Engineering: Salary, Similarities, Differences & Job Outlook

What is civil engineering?

What is computer science?

Computer science is the study of computers and computational systems. It is a broad field, encompassing programming, networking, information technology (IT), and UX/UI.

Who are civil engineers?

Civil engineers are simply the scientific minds behind the operation of our modern cities. They ensure safe construction, operation, and maintenance of structures, such as roads, bridges, buildings, and dams.

Who is a computer scientist?

A computer scientist is one who designs and analyzes algorithms to solve programs and also study the performance of computer hardware and software.

Both civil engineering and computer science programs are approved by the Accreditation Board for Engineering and Technology (ABET).

What is the difference between civil engineering and computer science?

The main difference between these two professions is that while civil engineers are into the professional practice of designing and developing infrastructure projects, computer scientists are involved in the design, development, and application of various software.

Pursuing a career in either civil engineering or computer science field is basically dependent on your passion, individual, and career goals.

However, the article above has been written to help you compare and contrast the similarities and differences that exist between them. You will get the vital information you need – from their job outlook to their pay, schools, cost of programs, and also know which is best for you between the two.

I hope this read helps you in your decision making.

Does this article meet your immediate needs? If yes, click the SHARE button to share with your friends. If no, leave a response on the comment box to express your concern or ask a question and we will get back to you as soon as possible. 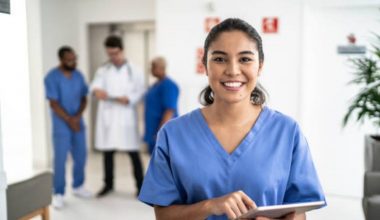 Read More
It is very clear that the United States has some of the best institutions for any health-related program.…
BBest Tips For Students in 2022 | Schools and Careers 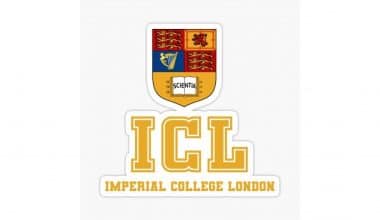 Read More
Looking to study in the UK? You should consider studying at the Imperial College of London. The reason…
BBest Tips For Students in 2022 | Schools and Careers 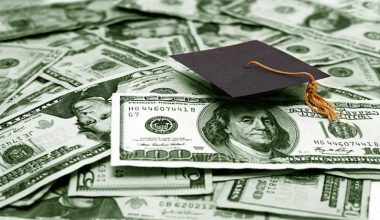 Read More
When it comes to finances, it is never too early to start planning about it. Therefore, it is…
BBest Tips For Students in 2022 | Schools and Careers 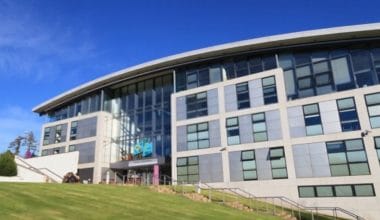 Read More
Since the UK is the most preferred study location for students, there is a need for a guide…
BBest Tips For Students in 2022 | Schools and Careers 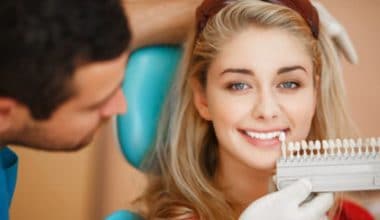 Read More
Most times, people tend to interchange the term Dental Hygienist with Dental Assistant as they both work hand…
DISCLOSURE: This post may contain affiliate links, meaning when you click the links and make a purchase, we receive a commission.