Illinois, also known as the “Prairie State,” has a varied population both on and off-campus. It’s a fantastic place to study since it gives students the opportunity to mingle in both a city and a suburban atmosphere. Additionally, Illinois is well-known for its numerous historic landmarks and cities.

The University of Chicago is one of the ten best colleges in Illinois, while the University of Illinois at Urbana-Champaign is one of the greatest engineering schools in the country. Whatever your job ambitions, Illinois offers a diverse range of community colleges, public and private four-year and graduate institutions, as well as tiny liberal arts universities.

The top ten colleges in Illinois, their tuition costs, SAT and GPA requirements, rankings, and majors are all discussed in this article.

Why Study In Illinois?

Illinois is a popular choice among overseas students. Last year, more than 28,000 students from all around the world picked Illinois for its diversified academic offerings and central position in the United States. You’ll never be far from a major city in Illinois, with convenient access to both international and domestic travel.

Illinois has four different seasons due to its central location: scorching summers, gorgeous autumns, brutal winters, and pleasant springs. With rolling hills, open plains, the massive Lake Michigan, and the towering skyscrapers of Chicago, Illinois provides foreign students with a perfect location for study and leisure.

Illinois is home to the corporate headquarters of McDonald’s, Motorola, Boeing, CDW, United and State Farm. These are fantastic resources for finding internships and employment.

What Are The Admission Requirements For Colleges In Illinois?

Admission to all colleges, like admission to all other institutions, requires certain qualifications. The following are the essential entrance requirements for the best colleges in Illinois:

Other application guidelines are

It’s vital that you submit a consolidated transcript that gathers and organizes all of your academic work. If the course name isn’t obvious or needs further explanation, include a brief course description. Course descriptions, grading/rating scales, syllabi, lab work, reading lists, textbooks, and historical/current information are all valuable resources in helping us better understand your academic program.

Test scores in the disciplines you wish to emphasize might provide objective verification and support for grades and ratings.

Professorial recommendations and opinions from outside your own country give impartial judgments and context to your academic work.

The Secondary School Report, which may include arguments for homeschooling, descriptions of curricula, and other material, can be completed by a high school guidance counselor, home school program administrator, curriculum consultant, or family.

The University of Chicago (UChicago) is a private research university in Chicago, Illinois, that was founded in 1890. It is a non-profit institution with over 15,000 students who learn the skills they need to succeed in the labor market of the twenty-first century. UChicago offers a vibrant and inclusive culture, with students from a variety of backgrounds and viewpoints contributing to the university’s and community’s advancement.

Students at UChicago pay $57,642, with no difference in tuition between in-state and out-of-state students. Furthermore, UChicago has detailed plans to expand the number of students who attend college by providing need-based financial help in the form of grants.

It is ranked first among colleges in Illinois in terms of GPAs. With a GPA of 4.48 and an SAT score of 1570 or an ACT score of 33, prospective students have a better chance of being accepted to UChicago.

Northwestern University, a private non-profit research university, was founded in 1851 and presently has over 21000 undergraduate and graduate students.

Northwestern University has a 9% admittance rate, making it a very competitive institution. According to 2018 figures, it has a 94 percent graduation rate and an average graduate income of $69,000 per year.

Students must have a minimum SAT score of 1480 or an ACT score of 99 to be admitted to Northwestern University. Students must also maintain a 4.09 GPA.

Students must pay $56,691 in tuition, with no difference between in-state and out-of-state students. Financial help is available to both domestic and international students who satisfy the eligibility requirements.

3. The University of Illinois at Urbana-Champaign

The Institution of Illinois at Urbana-Champaign (UIUC) is a public university in Illinois that was established in 1867. It now boasts approximately 47,000 students, including 29 Pulitzer Prize winners among its graduates. Students can take part in a variety of internships to acquire communication, networking, and other skills that will help them succeed in the workplace.

The University of Illinois at Chicago has a 59 percent admittance rate and an 85 percent graduation rate. Graduates earn an average of $61,500 per year, which is more than the $50,000 national average.

IWU (Illinois Wesleyan University) is a private university that was established in 1854. With 1629 students, it is a liberal arts institution. Because of the limited number of pupils, lecturers may take a more customized approach to teaching them. They are aware of each student’s anxieties and work with them to find the most effective methods for achieving outstanding marks. More than 160 groups are available to enrolled students.

IWU ranks first among Illinois colleges for placements and is the state’s 18th top institution. It is ranked 80th in the National Liberal Arts rankings and 74th in the Best Value Schools rankings. It is also ranked 97th in the United States’ Top Performers in Social Mobility.

Tuition is the same for in-state and out-of-state students. They must pay a tuition of $50,028 each year.

IWU’s composite SAT score is 1310, or a 27 on the ACT. The average GPA of enrolled students is 3.74. IWU has a 61 percent admittance rate and an 81 percent graduation rate.

IIT is a hands-on institution that grooms students into tech leaders through a hands-on approach. Students can practice in mock real-life project teams through the IPRO program, while the Elevate program connects IIT tech students to research projects, internships, and other opportunities.

Illinois Institute of Technology is ranked 4th in Illinois for schools and 39th in the Best Value Schools category. ITT is also ranked 124th among national universities and 79th among best undergraduate engineering programs.

IIT is ranked 6th in Illinois and 39th in the Best Value Schools category. ITT is also ranked 124th among national universities and 79th among the best undergraduate engineering programs.

The admittance rate at IIT is 60%, while the graduation rate is 71%. The average SAT composite score is 1340, while the average ACT score is 29.

The University of St Francis (USF) in Joliet, Illinois, was founded in 1920. Respect, compassion, service, and integrity are interwoven into the educational system, and these values are reflected in the lives of the students. It is one of Illinois’ best institutions, with a close-knit alumni community eager to help current students pursue greater chances.

A minimum SAT score of 1220 or an ACT score of 25 is required for admission to USF. Students must have a minimum GPA of 3.5.

Wheaton College, founded in 1853, is a Christian liberal arts college. Its mission is to use liberal arts and other programs to accomplish everything “for Christ and His Kingdom.” Wheaton College seeks to produce students who will participate in Christ’s ministry and extend his love to others through practical service in society. It provides students with numerous opportunities to network, participate in practicals, and intern at reputable organizations.

It is ranked 61st among National Liberal Arts Colleges and 38th in terms of Best Undergraduate Teaching. It also comes in 65th place for Best Value Schools and 68th place for First-Year Experiences.

Wheaton College has an 85 percent admittance rate and a 91 percent graduation rate. The average yearly wage for alumni is $48,800. Financial help is provided to 88 percent of freshman in the form of student loans, scholarships, and grants.

8. The University of Illinois at Chicago

The University of Illinois at Chicago (UIC) is a public research university that was founded in 1982 by merging the Chicago Circle and Medical Center campuses. UIC is a melting pot of students from all cultures who have equal access to learning and success both on and off campus.

In the QS World University Rankings, UIC is ranked 285th overall and 112th among national universities. It is ranked 52nd in Public Schools and 10th in Top Social Mobility Performers.

The admittance rate at UIC is 73 percent, while the graduation rate is 58 percent. The average graduating wage for alumni is $54,300 per year.

9. The University of Illinois at Springfield

The University of Illinois at Springfield was established in 1969 as a public, coeducational university. Its 4,146 undergraduate and graduate students have access to both online and offline programs. With a great teacher-scholar connection, students obtain a high-quality education from some of the best academics in the country. It is home to the Emiquon Field Station, where Nature Conservancy scientists collaborate with UIS students to chronicle one of the world’s most important wetland restorations.

UIS was ranked first in Illinois college rankings in 2020. Within the same year, it was also ranked fourth in the Midwest.

Lewis University was founded in 1932 as a Catholic university. It is a coeducational university with a total enrollment of 6500 students of various ages. Knowledge, wisdom, integrity, justice, and association are among the ideals instilled in enrolled pupils. Lewis University has a 64 percent admittance rate and a 61 percent graduation rate.

Lewis University’s tuition and fees are determined by the amount of hours a student takes in an online program and whether or not the student is from Albuquerque. Undergraduate students, on the other hand, pay an average of $33,430 in tuition and fees. For the academic year 2022, the average graduate tuition is $15,014 on average. Lewis University provides three times the amount of financial help as public institutions, with 98 percent of students receiving aid.

The average GPA of enrolled students is 3.48. Although the University has recently implemented a test-optional policy, it is advantageous to submit SAT or ACT results if you have taken them.

READ ALSO: How To Get A Diploma In Computer Science This Year | Best Schools, Requirements, Cost, Job Outlook

As a student and as an alumnus, Illinois colleges allow students to work and form significant friendships. Employers and internship possibilities are available to graduates since their values are known by the universities they attended. Furthermore, Illinois graduates earn a higher average wage than the national average, making it easier for individuals with school price debts to repay them. Overall, students can enroll in Illinois’ greatest institutions to make their efforts worthwhile.

Why Study In Illinois?

Illinois is a popular choice among overseas students. Last year, more than 28,000 students from all around the world picked Illinois for its diversified academic offerings and central position in the United States.

Is Illinois safe for international students?

It is one of the most desirable destinations for studying abroad; because it not only offers a high standard of living and education but also provides a safe space for international students with its high rate of cultural diversity.

Is Chicago a nice place to study?

Safety is an important point to consider when studying abroad. ccording to the current Numbeo Safety Index, Chicago has a score of 34.95 – ranking it at number 389 of 427 cities globally for safety.

Read More
So you want to get ISQTB certificate in the USA? The International Software Testing Qualifications Board (ISTQB) is…
BBest Tips For Students in 2022 | Schools and Careers 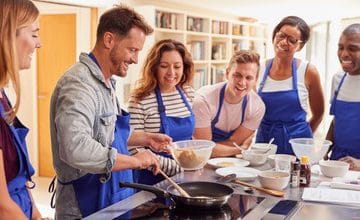 Read More
Cooking is a skill that everyone should master at some point in their lives. Since we’re going to be…
OOnline schools 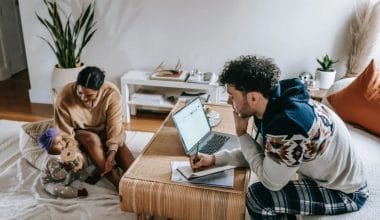 Read More
Studying online has become the new normal. It is efficient, flexible, and well structured. Although it possesses these…
BBest Tips For Students in 2022 | Schools and Careers 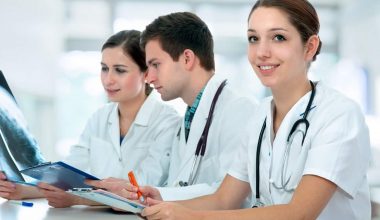 Read More
Physician Assistant Education Association (PAEA) posits that getting into Physician School is not easy. The requirements for PA schools…
BBest Tips For Students in 2022 | Schools and Careers 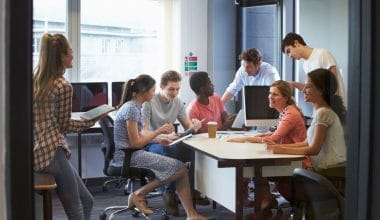 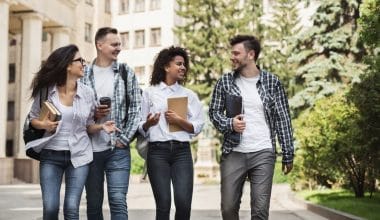 Read More
You must have heard that Germany offers free education to international students but that’s not about all there…
DISCLOSURE: This post may contain affiliate links, meaning when you click the links and make a purchase, we receive a commission.