Is it your dream to practice law in the state of Texas? Are you lost looking for the right law school in Texas? Then you are in the right place.

Texas is the second-largest U.S. state in both populations (nearly 28 million) and size (about 268,600 square miles). For this reason, studying law in Texas is way different from studying law in other states in the U.S.

Most law schools in other countries need only a high school diploma or the equivalent to admit students to study law. However, in the US, the law is a professional academic field that grants Juris Doctor (J.D.) degrees.

So in this article, you will discover all you need to know about law school and explore the best law schools in Texas for you this 2022.

What Is Law School?

According to Wikipedia, A law school is an institution specializing in legal education, usually involved as part of a process for becoming a lawyer within a given jurisdiction.

Although Hollywood exaggerates life in law school, earning a law degree is often synonymous with high pay and prestige. The skills you learn in a Juris Doctor program are versatile and could be helpful to careers outside of the law.

What Is A Law Degree?

A Juris Doctor (J.D.) is the degree duly awarded to law school graduates. Most J.D. programs are three-year programs, though some are four-year or part-time programs, and a few two-year accelerated programs are available.

Graduates of this program can practice any area of law after passing a state bar exam with the exception of patent law, which requires a technical undergraduate major (or substantial coursework in science courses) and a passing score on the patent bar exam. Log on to the United States Patent and Trademark Office (USPTO) for more inquiries.

If you are interested in earning a J.D. for any career other than the practice of law, make sure to investigate alternative pathways to that career, including other graduate degrees and work experience, to be sure law school in Texas is the best path.

How Much Does A Lawyer Earn In Texas?

The American Bar Association reports that there were 89,361 resident and active attorneys practicing in Texas in 2017.

So, the average lawyer in Texas at that time was making $145,800 per year. However, the salaries of the lawyers according to hierarchy are as follows:

The typical tenure for a Lawyer is 1-3 years.

Can I Take The Bar Exam Without Going To Law School In Texas?

Typically, only four states — California, Virginia, Vermont, and Washington — allow aspiring lawyers to take the bar exam without going to law school. Instead, you are given the option to apprentice with a practicing attorney or judge.

However, there are requirements by the American Bar Association (ABA) to become a lawyer in Texas:

Firstly, ABA-approved law schools will be looking for prospective students who have good comprehension skills, analytical abilities, reasoning skills, and the ability to think deductively, as well as inductively.

The ABA, hence, requires one year of law school to be at least 130 days long (over eight months).

You must be in law school for at least 24 months to receive a Juris Doctor (J.D.) degree, but not more than 84 months. Credits necessary for a J.D. degree, under ABA rules, are 83 semester hours or 129-quarter hours.

How Much Does The Bar Exam Cost?

In general, you can expect to pay between $100 and $1300 to register for the bar exam, depending on your status!

These fees are paid directly to the Board of Law Examiners of your state (or equivalent).

Check out: What is Apply Texas? Pros and Cons of Using it in Colleges.

How To Become A Lawyer In Texas

If your goal is to earn a Juris Doctor and practice law in Texas , keep reading.

Practicing law here require that you graduate from an American Bar Association-approved law school. So, you must obtain at least a bachelor’s degree prior to applying to law school.

The Texas Board of Law Examiners also requires that you graduate from an ABA-approved law school in order to become a bar member.

The next step in this process is to pass the LSAT, or Law School Admission Test. as this test is necessary to be admitted into any ABA-approved law school. This standardized test lasts approximately a half day and is offered four times yearly worldwide.

This assembly handles many of the details for you and applies electronically to the law schools you choose. You have to pay the LSAT a fee of $195 for the CAS, and for that fee, the CAS will collect your transcripts, letters of recommendation, online evaluations, and create law school reports for the schools to which you choose to apply.

Now that you have graduated from an ABA-approved law school with your J.D. degree, you may now apply to take the Texas Bar Examination.  It takes three days to complete and is offered in late February/early March and late July/early August each year.

As requirement, you must be a U.S. citizen or legalized U.S resident. You must also be at least 18 years old.

Best Law Colleges In Texas In 2022

Here is the list of the top Law Schools in the Texas available for you. As matter of fact, there are only 9 law schools in Texas and we have carefully examined them here.

South Texas College of Law is a private American Bar Association (ABA) accredited law school and is a member of the Association of American Law Schools (AALS). It is the oldest law school in Houston and the third-oldest in Texas. South Texas is also well known for its moot court and mock trial advocacy program.

This Texas College of Law offers 1 Law Degree program. It’s a private university in a large city. In 2015, 339 students graduated in the study area of Law with students earning 339 Doctoral degrees.

Currently, STCL has over 980 students enrolled. South Texas Law School is considered a somewhat competitive law school, which accepts only 64% of its applicants.

The School of Humanities and Social Sciences is the largest school at this university in Texas. Not just that, as a law school in Texas, St Mary’s is accredited by the Southern Association of Colleges and Schools.

#3. University Of Texas At Austin

UT Austin is a world-renowned higher education, research-intensive institution, serving more than 51,000 students annually with a teaching faculty of around 3,000.

It comprises 18 top-ranked colleges and schools, 17 libraries, seven museums, and one 307-foot tower – the most iconic building on campus.

It is accredited by the Southern Association of Colleges and Schools Commission on Colleges to award baccalaureate, professional, masters, and doctorate degrees.

Texas A&M’s main campus in College Station is home to more than 69,000 students. Another 5,200 are at the branch campuses in Galveston and Qatar and at the School of Law, Higher Education Center at McAllen, and Health Science Center locations across Texas. It is accredited by the American Bar Association.

Even as a law school in Texas, Baylor Law frequently ranks among the top 50 law schools in the country according to U.S. News & World Report. It’s a large private university in Texas. In 2015, 116 students graduated in the study area of Law with students earning 116 Doctoral degrees.

It has a particular strength in its Trial Advocacy program. Over 170 law students matriculate each year, and in 2019, students came from 157 undergraduate colleges and universities spanning 39 states and countries.

Texas Southern University possesses an impressive array of more than 100 undergraduate and graduate programs and concentrations, a diverse faculty, as well as 80-plus student organizations.

It is accredited by the Commission on Colleges of the Southern Association of Colleges and Schools.

Texas Tech University is a large, public, four-year university enrolling 35,859 students and offering 266 degrees in Lubbock, TX. It is the major university in Texas larger than 46 of the nation’s 50 states. It is also the only campus in Texas that is home to a major university, law school, and medical school.

Texas Tech University is among 131 universities and colleges in the Carnegie Classification of Institutions of Higher Education’s “Very High Research Activity” category. It is further accredited by the Southern Association of Colleges and Schools Commission on Colleges (SACSCOC).

The Law Center at the University of Houston has numerous strengths. U.S. News & World Report ranked the part-time law program ninth in the country—the school excels at making a law degree accessible to students with commitments that make evening and weekend study the only option. The Law Center also wins high marks for its programs in Health Care Law and Intellectual Property Law.

Being part of the University of Houston, a large comprehensive university, the Law Center can offer dual degrees such as a J.D./M.B.A. or J.D./M.P.H. Students can even earn a J.D./M.D in collaboration with the Baylor College of Medicine.

SMU’s Dedman School of Law is home to the largest collection of legal materials in the Southwest. Established in 1925, the school enrolls over 200 students every year and has a large alumni base representing all 50 states and 80 countries.

Students have plenty of opportunities to practice their legal writing and research through the school’s five law journals. Also, SMU Dedman Law has a nationally ranked moot court program and several options for externships.

How much does a lawyer earn in Texas?

How long it take me to become a lawyer in Texas?

Honestly, it will take you at least 2 years but no more than 84 months in pursuit of your Juris Doctor (J.D.) degree. The ABA requires that you complete 58,000 minutes of class time (which is about 83 semester hours or 129 quarter hours of credit).

It takes three days to complete, and is offered in late February/early March and late July/early August each year.

How much does CAS cost?

If you are interested in earning a J.D. in any law school in Texas, you are in luck. Although Hollywood exaggerates life in law school, earning a law degree is often synonymous with high pay and prestige. tHIS ART

This article of the best law schools in Texas will help you select the best law degree programs for you when you decide to study law in Texas. 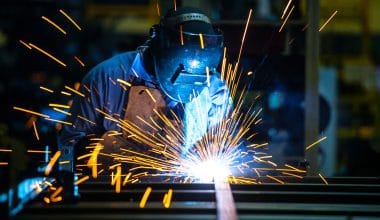 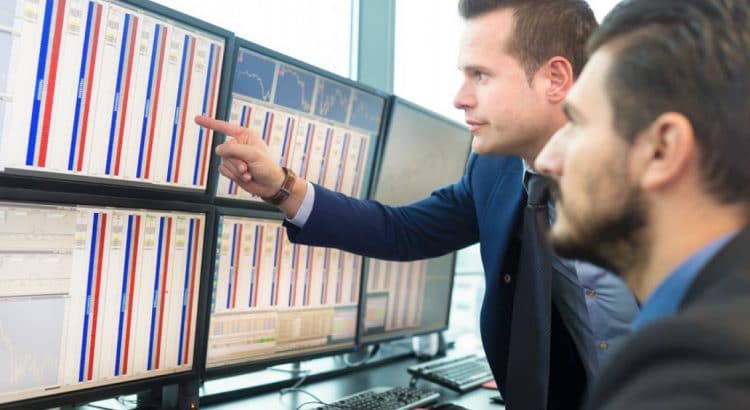 Read More
Even though stockbroking is a major source of financial freedom, starting a career as a stockbroker may pose…
BBest Tips For Students in 2022 | Schools and Careers 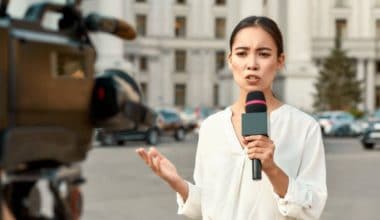 Read More
Displaying traits of inquisitiveness or being a conversationalist doesn’t mean you will do well as a journalist. There…
CCivil Engineering Scholarships
Entry-level positions in civil engineering may differ in the amount of on-the-job training they require, but the job…
MMedicine Scholarship 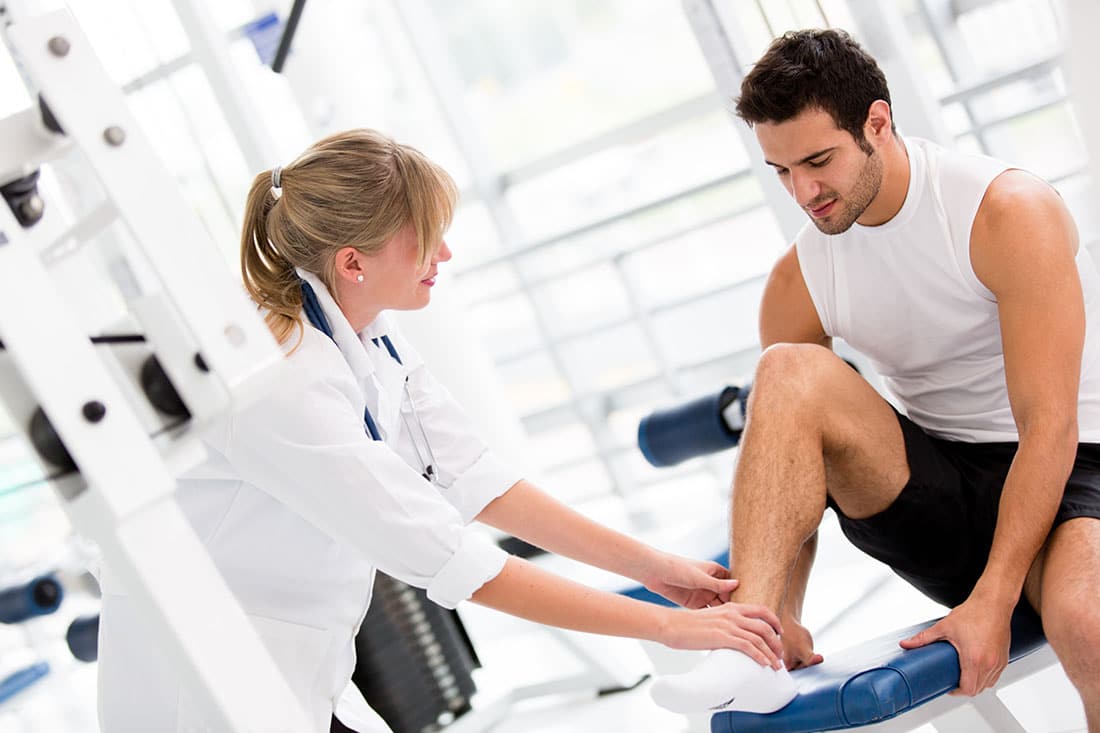 Read More
Do you feel concerned when one injures while exercising or when athletes, sports officials obtain injuries while carrying…
BBest Tips For Students in 2022 | Schools and Careers 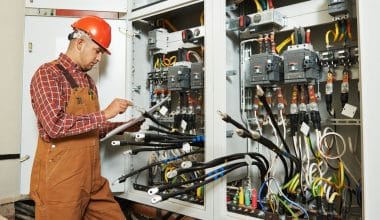 Read More
Internships are quite important in the development of marketable career skills among graduate and undergraduate students in diverse career…
DISCLOSURE: This post may contain affiliate links, meaning when you click the links and make a purchase, we receive a commission.