If you want to study in Israel either as a citizen or an international student, It is always advisable that you make research on the Cost of Living, Student Visa, Tuition & Top Universities in Israel to aid you in making a wise decision.

This article contains reliable information about the Cost of Living, Student Visa, Tuition & Top Universities in Israel put down just for you.

Reasons to Study in Israel

Israel is a country in the Middle East bordered in the west by the Mediterranean Sea, by Jordan to the east, and Syria and Lebanon to the north.

Study abroad students in Israel would find themselves in the center of a dynamic, vibrant country with a cultural diversity reflecting the several ethnic groups that make up the country.

Founded in 1948, Israel is a relatively small country with a population of about 8.5 million people.

The currency of the country is known as the Israeli shekel, ILS. Presently, about 3.5 ILS exchanges for $1. The symbol of the currency is.

Cost of Living in Israel

Study abroad students would discover quickly that they don’t have to be rich to study here. Coupled with the high standard of living, studying in Israel would be a great experience for foreign students especially those coming from less developed countries.

However, the diversity and size of the country means those living in and around the big cities like Tel Aviv and Jerusalem would spend more money on goods and services

That said, the figures below show the average cost of living in Israel.

Study abroad students can cut down on their living costs by staying in halls of residence in the University or by sharing the rent with other students.

There are several student apartments builds for this purpose close to most University campuses.

Basically, about 37,000 ILS is enough to take care of living costs for each year of study.

Tuition in Israel depends on the university, level of study, and course of study. The best source of information is the specific University one is applying to.

However, international students would pay between 28,000 ILS and 52,500 ILS per year for both undergraduates and postgraduate programs.

Applying to study in Israel

Universities in Israel have no clearinghouse for University applications. To apply, you would need to contact your chosen university.

You would be provided with the necessary information and documents you need to submit for your application to be considered.

Some schools might require you to take an entrance examination to test your quantitative and verbal reasoning skills. You would also be tested for the language skills you want to study. Proof of proficiency in that language might be enough in some cases.

All study abroad students intending to stay for more than 3 months must obtain a student visa. The student visa application must be submitted at least 3 months before you are due to travel to Israel.

The Israeli embassy or consulate closest to your location would handle all visa applications, including furnishing you with further information if needed.

You would need the following documents to apply for a student visa to study in Israel:

The visa processing fee is about $50. But it can vary according to which country you reside in.

Global Online MBA Scholarships at the University of London 2022 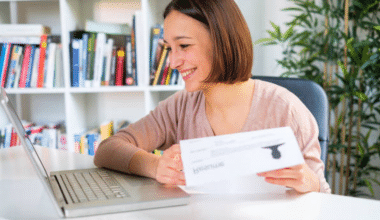 Read More
Trying to pen down your admirations, goals, and motivation can be a daunting task. Most times, we’re clouded…
IINTERNATIONAL SCHOLARSHIPS

Read More
UP ITI Odd and Even Semester Exam Date Sheet/ Schedule has been  officially Announced. This Time Students will have to give…
GGRANTS 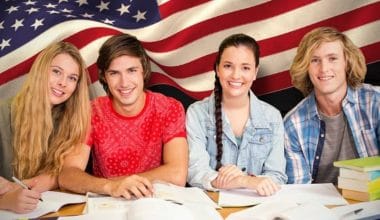 Read More
Top 10 Highest Paid Jobs Without Degree in The World Every people want to get successful in life.…
DISCLOSURE: This post may contain affiliate links, meaning when you click the links and make a purchase, we receive a commission.