Tertiary education in South Africa in the post-apartheid era has never been more volatile than it is today, about two decades in democracy, but it is, contradictorily, perhaps the part of the entire educational sector that has advanced most in terms of national achievement objectives of quality, equity, and transformation.

Pressures to worsen the lack of funds in the context of tuition growth, and rising student expectations and frustrations regarding access and financial aid, have led to the expansion of the cracks in the system.

About Law Universities in South Africa

The nation of South Africa has 17 law Universities, which has among it, some of the reputable and best law schools in Africa. Most of these Law Universities in South Africa has been around for a long time, indicating that they have a long-standing heritage that is an invaluable advantage over relatively new schools. This is evident by their positions in various rankings.

Where are the Law courses offered in South Africa

Of the 17 law schools in South Africa, all but one offer LLM postgraduate studies. Some of these LLMs come from research, but the taught LLM courses in South Africa have a large selection of LLM subject areas to focus on.

The University of Cape Town (UCT) is the first place to ponder on when searching for the best Law Universities in South Africa. It was founded in 1829 and is a public research university in Cape Town in the South African province of Western Cape.

UCT was founded as South African College, making it the oldest university institute and one of the best law universities in South Africa.

Although the institution’s legal faculty, with just under 1,000 students, is the smallest of the institution, it has a long history of qualified lawyers involved in the process of maintaining and strengthening an open, free and democratic continent.

The school has law students from other African countries such as Nigeria, Kenya, Uganda, and Tanzania, just to name a few.

The University of Witwatersrand was founded in 1896 and is a respected institution in South Africa, ranking next in most rankings. This is not different in this subject. Thus, it is known as one of the best Law Universities in South Africa.

This institution often referred to for short as the University of Wits, has produced four Nobel Prize winners, including the great Nelson Mandela.

The School of Law aims to provide innovative and transformative research while training students to use legal materials effectively. The school is known for its academic excellence, which explains how it has spawned renowned legal figures across the continent.

The Stellenbosch University is located in the Western Cape Province and is a university with an African root, but which is globally oriented. In its more than 100 years of existence, the institution has been honored with numerous local and international awards for its quality research and teaching standards.

This makes her one of the best Law universities in South Africa.

The Faculty of Law is designed to promote world-class lawyers by providing their students with the knowledge and relevant tools needed to excel in this profession.

It also has one of the largest legal libraries in Africa, which will prove extremely useful to the multicultural student population.

The University of Pretoria (UP), one of the largest and oldest South African colleges (founded in 1908), has consistently made it into the top three universities in Africa in many subjects.

The student population includes nationals from other African countries, while the Faculty of Law is currently ranked number 76 in the 80 best law schools worldwide. It is proud of its recognized leadership in socially relevant legal research and education, both in South Africa and around the world.

The School of Law is one of the largest contact law schools in South Africa, with a strong focus on competence development within the LLB – especially in terms of technical, legal and general competences.

University of the Western Cape

Founded in 1904, the University of the Western Cape has become one of South Africa’s top universities in its rankings. It played an important role in the fight against racial discrimination.

The Faculty of Law is recognized for its commitment to a culture of human rights and constitutionalism, as well as for its rigorous and relevant legal education. The university has one of the most diverse student populations in the country.

The University of Johannesburg is one of the youngest universities in South Africa, just because it was founded in 2005 through a merger. The institution, which opened its doors in the same year, has worked hard to provide an impressive academic achievement that has provided it worldwide recognition.

This is one of the main reasons why more than 50,000 students study at the university, of which 3,000 are international students. The Faculty of Law is known for its many years of experience in recruiting legal experts in specialist areas such as tax law, criminal justice, and forensic investigations, bankruptcy law and several others.

Located in Grahamstown, Eastern Cape, where the nearest facility is located, Rhodes University is another great place to study law in South Africa.

The institution has been awarded one of the best degrees and graduation rates in the country. It is also populated by students from all over Africa.

The tenth university on our list of the best law universities in South Africa is the North-West University. The institution, formed in 2004 from the merger of two universities, has a high student population of over 68,000 students, a significant number of whom are from other African countries.

The Faculty of Law of the institution is known for its high-quality legal education and its targeted research to expand the boundaries of knowledge.

North-West University is one of the best places to study law, as the faculty wants to equip its students with the knowledge, ethics, and skills necessary for a successful legal career.

University of the Free State

With a student population of more than 31,000 students, the University of the Free State is internationally renowned for its academic excellence and innovative teaching methods.

The Faculty of Law in Bloemfontein offers a legal education that includes a mixture of theory and experience in legal practice in the lower and upper divisions of the courts.

It was from 1916 to 1959 one of the main colleges for black Africans. It offered students from across sub-Saharan Africa western-style academic education, including law, and created an elite of black Africans.

In 1959, the university was covered by the apartheid system, but today it is part of the public higher education system after apartheid in South Africa. It is known for its remarkable alumni, which include several African heads of state and Nobel laureates.

There are over 3,000 international students, including students from the United States, France, China, Germany, Belgium, Denmark, Finland, Netherlands, Norway, Sweden, United Kingdom, and many African countries.

As Africa’s leading open distance education institution, UNISA offers internationally accredited qualifications and has world-class resources that inspire students to create meaningful futures on their own terms. It is also one of the best Law Universities in South Africa.

UNISA as an African university is shaping futures at the service of humanity. Not only does it offer the best training in the study of law, but it also offers quality distance and online learning options for distant and working-class students.

Cost of Living in South Africa

Living in South Africa can cost an individual about 400 dollars a month which can be used to cover expenses like food, utility bills, accommodation and travel costs.

The R60,000, which is billed to international LLM students at the University of Cape Town, is one of the highest tuition fees in South Africa. In US dollars, this means about $ 4,500. Comparing this with a law school in the US with a similar ranking, it can be seen that the LLM tuition is reasonable..

Applying for a South African Universities

How to get Student Visa for South Africa

Before a person is eligible to obtain a student visa to study at a facility in South Africa, that person must have been admitted to a registered school, college, or university in South Africa and have obtained a registration certificate from that institution that is guaranteed admission written the letterhead of the institution and duly signed.

You are expected to send the following documents;

The field of Law is complex and it demands utmost care and commitment. Of course, it is useful to know that it is one of the careers that pay well, especially in difficult economic conditions, as well as, the career that can be used to bring justice for mankind.

Just like a great South Africa Lawyer, revolutionary, and hero, Nelson Mandela said, ” It always seems impossible until it’s done”. Applying to study law in one of the best Law Universities in South Africa can give you an edge in the field.

We Recommend Other Scholarship Opportunities.

Cover Letter for Internship That Won | Samples and Writing Tips

Read More
Offers are up for the Peking University Scholarships (PKUS)  for outstanding international students to study a Undergraduates, Master…
IINTERNATIONAL SCHOLARSHIPS

Read More
The University of Westminster is delighted inviting applications for the Diplomatic Scholarships for 2017/18 academic year. The scholarship…
IINTERNATIONAL SCHOLARSHIPS

Read More
The London School of Economics is delighted to offer Laura Cha LLM Scholarship for Chinese students. The scholarship will…
IINTERNATIONAL SCHOLARSHIPS 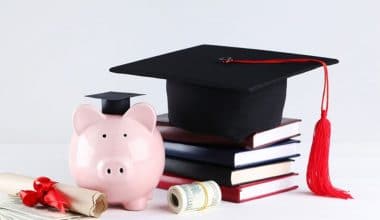 Read More
Pace University is delighted to offer a number of Pace International Scholarships to overseas students pursuing an undergraduate…
DISCLOSURE: This post may contain affiliate links, meaning when you click the links and make a purchase, we receive a commission.