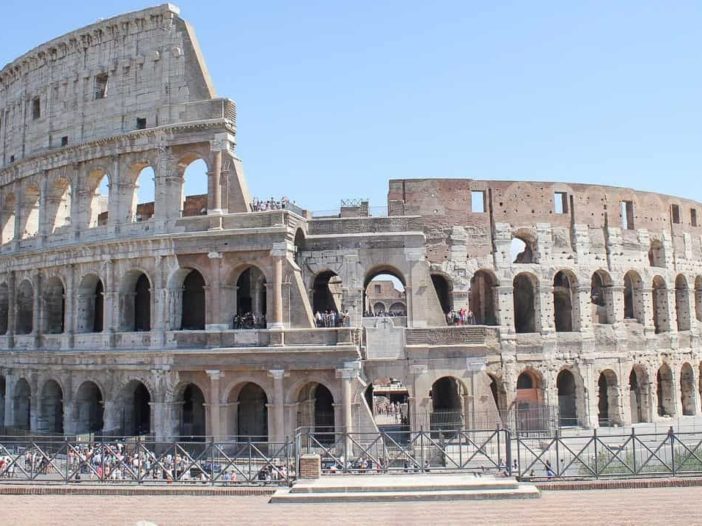 Italy is home to one of the earliest universities in the world, University of Bologna, which also initiated the university system that we know today. Hence, when considering the countries in Europe that offer valuable opportunities for higher education, Italy is a good study destination.

However, if you are not certain which university is best for you, this article profers information on the best universities in Italy for international students. Also, this article will detail how much it may cost you to study in Italy amongst other concerns you may have.

Italy is well steeped in rich history, iconic cities of art globally recognized food culture and a thriving community. This makes Italy one of the best studies abroad destinations for international students, and it comes as no surprise that institutions of higher education offer countless study abroad and student exchange programs.

Italy is a beautiful country located in Southwestern Europe, on the Apennine peninsula. The country covers mainland Italy and the surrounding islands. The country stretches southwards almost to the coasts of North Africa.

Italy has something for everyone. Basically, it is home to stunning old cities, the Mediterranean and breathtaking natural views. It is known for its fantastic food and wine, as well as its passionate people.

At the same time, it is among the 8 most industrialized countries in the world, hosting several world’s biggest companies and research facilities. Italy has a rich cultural tradition and history as well as numerous World Heritage Sites that you might wish to visit during your stay.

The top tourist attractions in Italy include:

Why Should I Study in Italy?

Italy is a famous destination for international students. It gives quality higher education with more affordable tuition fees than other Western European countries.

There are about 32,000 international students in Italy, including independent students and those on exchange programs. The country has a rich history and tradition of higher education. This makes it an attractive option for students.

Furthermore, the quality of education and the strengthened international relationship between Italian and many foreign institutions give students many chances for a fulfilling academic and successful future career within an academic environment as well as in many other professional fields.

How much does it cost to study in Italy?

Tuition fees at Italian institutions differ, but they are generally lower when compared to other parts of Europe or North America. This makes Italian universities an enticing proposition for foreign students. International students in Italy have a chance to receive a quality higher education at an affordable cost.

The cost of tuition will differ at each institution. However, you should anticipate paying more if you choose to attend a private university. A bachelor’s course will, on average, cost about €900 to €4,000 per year at a public institution.

Fees at a private institution normally cost, on average, €6,000 to €20,000 per year. If you are from the EU or EEA, you probably won’t pay more than Italian citizens. Other international students should anticipate higher course costs.

There are options to help you fund your studies. All students (Italian and International) can apply for financial aid. The funding will be distributed according to your financial status and academic merit. If you receive assistance, this can help with tuition fees, accommodation fees, and other living costs. Contact your chosen institution for information about what financial help they can give to you.

In Italy, institutions do not usually have halls of residence. They do however offer services to help you find a place to live. This can include university-owned housing, or assisting you to find suitable private housing. Private renting in Italy is the more costly option, so make sure you plan for this!

Getting a part-time job is a great way to help fund your studies in Italy. As an EU student, you are able to work without additional permission.

What are the Best Universities in Italy for International Students?

The Catholic University of the Sacred Heart, or the UCSC, is a private research university in Italy. The main campus of UCSC is based in Milan with additional minor campuses in Rome, Piacenza, Brescia, and Cremona.

The UCSC offers a different range of courses through its 12 academic faculties and postgraduate schools. These courses are offered in both Italian and English; owing to its international reputation, this university in Italy for international students also gives accredited double degrees in partnership with other overseas universities which enables students to study abroad.

The university is ranked extremely for its teaching and employability. In terms of its subjects, UCSC is renowned for its Law degrees and its faculty of Law is ranked 80th in the world.

#2. The University of Padua

Located in the city of Padua, Italy, the University of Padua is recognized for being one of the world’s oldest universities! Founded in 1222 as a university of law, the university has now expanded and grown into a diverse and world-class institution that educates well over 60,000 students.

It is ranked among the best Italian institutions of higher education in the country as well as globally. Some of its famous alumni include the likes of Nicolas Copernicus and Sir Edward Greaves. This university in Italy further gives a wide range of degrees under 20+ academic departments.

Currently, this prestigious institution extends its campus to other parts of the province of Veneto and has further built several international links as a means of improving its global position. To this end, international students have a path to a diverse wealth of options during their studies in terms of foreign exchange and the like.

The Scuola Normale Superiore is a prestigious institution of higher education located in Pisa, Italy. Founded in 1810 as a sister institution to École Normale Supériere in Paris with means of educating teachers of the Roman empire, the institution currently educates over 500 students in a variety of degrees.

SNS gives a multitude of degrees for its students under several academic faculties. International partnerships with other universities enable a cross-exchange of students and for improving international influx. International students, especially doctoral candidates and postgraduate students, have access to a range of scholarship and funding opportunities as well.

Located in Milan, Italy, the Politecnico di Milano (Polytechnic University of Milan) is one of the biggest technical institutions in the country. Founded in 1863, this elite institution gives education to students in architecture, design, and engineering. In addition to its main campus in Milan, the Polytechnic also runs additional satellite campuses across the country.

Known for being the oldest university in the region, the Polytechnic is most popular for its engineering courses which are ranked the best in Italy. Its courses for design, architecture and structural & civil engineering are also highly competitive.

Furthermore, this university in Italy for international students raises several connections with international partner universities which enables students to integrate their course studies with study experiences outside of Italy. For example, Ph.D. students have the opportunity to study for a year abroad at MIT. The institution also maintains a high profile for its research and takes on around 60 large-scale international projects yearly.

If you are looking for a primary international institute in Italy, the Lorenzo de Medicine Institute is an exceptional choice. With its main campus based in Florence, the institution runs additional campuses in Rome, Venice, and Tuscania.

The LdM is known for providing a popular study-abroad program for international students who wish to study in Italy. With a yearly student enrolment passing over 2500, the institution specializes in Italian language studies, liberal arts, and fine arts, and all these courses are taught in English as well as Italian.

Examples of the offered courses and degrees include bachelor’s degrees for studio art, conservation studies, fashion design, Italian language and a master’s degree in Museum studies.

The LdM further has accredited programs that are run in collaboration with international universities such as in the United States (Marist College, New York) and other universities in the world. Academically, the classes are of a small nature and are therefore very interactive for the students.

Located in Italy’s northern city of Bologna, the Università di Bologna was founded in 1088 and currently holds the title of the oldest university in the world. It is among the leading institutions of higher education in Europe as well.

Globally, the university is rated among the top 200 universities in the world (ARWU rankings) and nationally, it is ranked as the best university in Italy. Academically comprising of 11 schools, the university currently educates above 85,000 students from Italy and across the world.

It offers programs known as undergraduate ‘ laureas ’ with different fields of study followed by Masters and doctoral programs. With its international prestige, thus university in Italy for international students maintains many international connections with partner universities overseas and also has an overseas branch in Buenos Aires, Argentina.

Despite its old history, the university is far from ‘old’ with a campus that provides an enriching student experience and the city that is known for its diverse nightlife.

Here are other Best Universities in Italy for International Students

FAQs on Best Universities in Italy for International Students 2021 | Ranking

You will need to apply to Italian universities which offer scholarships to study in Italy for free. The requirements for each university tend to vary. Merit-based scholarships will definitely require a certain GPA level to qualify.

Italian universities offer study programs taught both in Italian and English. However, most English study programs are available for postgraduate level, Master’s degrees and PhD courses.

Apply for a visa at the Italian embassy or consulate in your country. Schedule a visa interview around four to six weeks in advance. Apply for a student visa at least three months before your arrival in Italy. The processing time of your application may take between 1 – 3 weeks.

In conclusion, when considering the countries in Europe that offer valuable opportunities for higher education, Italy is a good study destination. Italy is well steeped in rich history, iconic cities of art, globally recognized food culture, and a thriving community. This makes Italy one of the best studies abroad destinations for international students, and it comes as no surprise that institutions of higher education offer countless study abroad and student exchange programs.