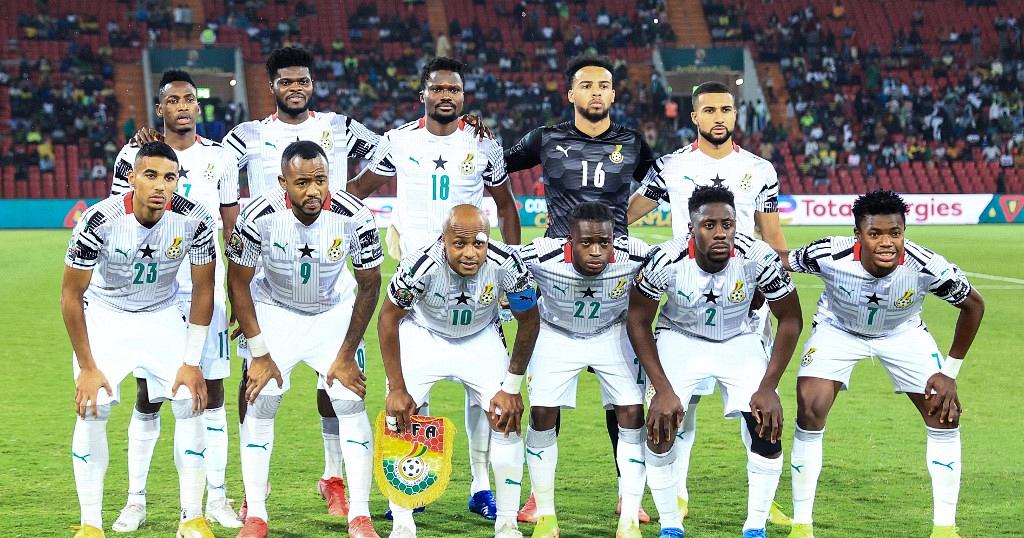 This article gives insight about Football in Ghana History, Ghana football Association and Clubs making up the Ghana Football team. The most recognized game or sport that has the highest popularity in Ghana is Football. Football game which is well known as a team sport played with a spherical ball between two teams of eleven players are been played by 250 million players in over 200 countries and dependencies which Ghana is one of.

Football in Ghana started in the 19th century by European merchants who dominated the coastal zone and built forts and castles to facilitate trade. In their leisure time, the sailors would play football among themselves and with the indigenous people.

The popularity of the game spread quickly along the coast, culminating in the formation of the first football club, Excelsior, in 1903 by Mr. Briton, a Jamaican citizen the sports enthusiast headmaster, who was inspired by the action of a group of 22 pupils of Cape Coast Government Boys School. The pupils took up a night training course in footballing at the Victoria park secretly.

The Philip Quaque Government Boys School in Cape Coast. History has it that Cape Coast is the birthplace of football in Ghana and the credit goes to students of the local Government Boys School. Inspired by a Jamaican Headmaster, Mr. Briton, the students were already sporting conscious of playing cricket and tennis. The enthusiasm with which the students followed sports was fantastic.

Thus, with the boys been encouraged they put more effort into their training and this helped their popularity spread the more. Their first match was played without guidelines and rules not until the learned the rules and rudiments of the game.

Later Mr. Briton arranged a match for them with a European team who resides in Cape coast. which the loss in the first leg and won in the second leg.

Regular friendly fixtures were arranged for Excelsior and white civil servants in Cape Coast. Ships docking at the Cape Coast harbor supplied, at frequent intervals, sailor teams who also played with the pioneer team of Ghana. This exercise enabled Excelsior to improve by leaps and bounds.

Note, The early matches were officiated by Europeans but in 1905 a few Africans studied the laws of the game and began to handle matches. The game quickly captured the fancy of the youth of Cape Coast and like mushrooms clubs sprang up in the town.

This Might Interest you: Quick Guide on How to Become a Ball Boy in a Football Club

Since the inception of Football in Ghana, they have made strides to establish Ghana football teams or clubs both locally and internationally.

Although, Some of these clubs couldn’t meet up to expectation because they lack that momentum and discipline which is the basic things needed in making a team stand. Notwithstanding, they made some remarkable accomplishments.

As the popularity of the game grew, so clubs were formed along the coast, including Accra Hearts of Oak, Accra Standfast, Cape Coast Venomous Vipers, Cape Coast Mysterious Dwarfs, Sekondi Hasaacas, and Sekondi Eleven Wise.
Although there are more than 30 Ghana Football teams that are members of the Ghana Premier League, we will be giving detail information about the Top 10 clubs.

Here is a list of Top 10 Ghanaian clubs and the trophies they have won.

Kumasi Asante Kotoko is ranked the 1st and the biggest club among all football Ghana Team. The ghana Club is also the Porcupine Warriors. They have been champions of the Ghana Premier League a record 24 times, and have won the CAF Champions League twice.

The International Federation of Football History and Statistics ranked Asante Kotoko the African club of the 20th century, 31st in Africa and 517 in the world. Kotoko have 8 FA Cups, 3 Ghana Super Cups. Read More

Ashanti Gold Soccer Club Founded in 1978 is one of the most successful football clubs in the country. This football Ghana team is popularly known as AshGold because it is based in the gold mining town of Obuasi, south of Kumasi the capital of Ashanti Region.

The International Federation of Football History and Statistics ranked Ashanti Gold the African club of the 20th century, 46th in Africa and 618 in the world. Read More

Chelsea have 1 Ghana Premier League title which they won in the 2010–11 season.

This Ghana football team is ranking 751 in the world, 72 in Africa and 3th in Ghana. Read More

Founded in 1985, Aduana Stars Football Club is a professional football club, based in Dormaa Ahenkro, Brong-Ahafo, Ghana. The Ghana football club is competing in the Ghanaian Premier League. It made history by winning the Ghana Premier League at their first attempt with 53 points

The club made headlines in their debut season in the Ghana Premier League in 2010. They won the League in the 2009-10 season and are currently the champions of the League. They have 2 Premiership titles.

This Ghana football team is ranking 823 in the world, 86in Africa and 4th in Ghana. Read More

This Ghana football team is Kotoko’s biggest rivals in Ghana Football, the oldest club in Ghana has also enjoyed success in the country. Accra Hearts of Oak Sporting Club, commonly referred to as Hearts of Oak or just Hearts is a professional sports club based in Accra, Ghana.

The Ghanaian Football team competes in the Ghana Premier League, the Premier Division on the Ghanaian football pyramid. They are Kotoko’s biggest rivals in Ghana Football, the oldest club in Ghana has also enjoyed success in the country.

Hearts of Oak have won the Premiership on 20 occasions. They have 10 FA Cup titles and 2 Ghana Super Cup.
This Ghana football team is ranking 910 in the world, 100 in Africa and 5th in Ghana. Read More

Founded in 2002, Medeama Sporting Club is a Ghanaian professional football club based in Tarkwa, Western Region. The club currently competes in the Glo Premier League. Football in Ghana cannot be mention without the club been mentioned.

The Ghana football club was formerly known as Kessben F.C. before changing its name to Medeama Sporting Club in January 2011. This Ghana football team is ranking 991 in the world, 122 in Africa and 6th in Ghana. Read More

Founded in 2006, Wa All Stars FC is a Ghana football club based in Wa, Upper West. The club won the 2016 Ghanaian Premier League. This club is owned by President of the Ghana Football Association Kwesi Nyantakyi.

This Ghana football team is ranking 1140 in the world, 146 in Africa and 7th in Ghana. Read More

Founded in 2002, Heart of Lions Football Club is a Ghanaian professional football club based in Kpandu, Volta. The club competed in the Glo Premier League, being relegated in 2015.

The Ghana football club was formerly known as Kessben F.C. before changing its name to Medeama Sporting Club in January 2011. This Ghana football team is ranking 1141 in the world, 147 in Africa and 8th in Ghana. Read More

Founded in 1996, Liberty Professionals Football Club is a Ghanaian professional football club based in Dansoman, Accra. It is one of the oldest clubs in Ghana.

The club was one of the earliest in Ghana to adopt a professional approach to the management of a football club. This Ghana football team is ranking 1219 in the world, 165 in Africa and 9th in Ghana. Read More

It is currently a member of the Ghana Premier League, and hold home games at Cape Coast Sports Stadium

The Ghana football club was formerly known as Kessben F.C. before changing its name to Medeama Sporting Club in January 2011. This Ghana football team is ranking 1248 in the world, 179 in Africa and 10th in Ghana. Read More

Cape Coast and Accra were the first colonial cities in sub-Saharan Africa to host formal leagues in the Gold Coast.

After a weak start in 1915, the league kicked off in 1922 with the Accra Hearts of Oak Sporting Club emerging as winners, taking the coveted Guggisberg shield – named after the progressive British governor of that period and the man who started the Accra Football League, Sir Gordon Guggisberg.

Ghana Football Association is composed of a number of political bodies (such as the Congress and the Executive Committee) and the administration. The highest political position is the GFA President, elected every four years by GFA’s members.

The GFA administration, with over 100 people from all parts of the country, is based in Accra. It is run by the General Secretary (CEO).

The Ghana national football team represents Ghana in international association football and has done so since the 1950s. The team is nicknamed the Black Stars after the Black Star of Africa in the flag of Ghana.

It is administered by the Ghana Football Association, the governing body for football in Ghana and the oldest football association in Africa (founded in 1920). Prior to 1957, the team played as the Gold Coast.

Although the team qualified for the senior FIFA World Cup for the first time in 2006, they had qualified for four Olympic Games Football Tournaments when the tournament was still a full senior national team competition; their best achievement was the third position at the 1992 Summer Olympics.

At the 2010 FIFA World Cup in South Africa, they became only the third African team to reach the World Cup quarter-finals, and in 2014 they competed in their third consecutive World Cup.

What sports do they play in Ghana?

Popular sporting events in the country include boxing, tennis, basketball, hockey, cricket, rugby, golf, and athletics. Ghana has participated in several international sporting events such as the Winter Olympics, African Cup of Nations and the FIFA World Cup Championships.

Has Ghana won World Cup before?

Ghana has qualified for three FIFA world cup tournaments; 2006, 2010, and 2014. Ghana won their quarter-final, they would have become the first African nation to progress to the semi-finals of the world cup. Of the 32 countries that participated in the 2010 FIFA world cup, FIFA ranked Ghana 7th.

How many times has Ghana qualified for the World Cup?

In 2013 Ghana became the only team in Africa to reach four consecutive semi-finals of the CAF Africa cup of Nations twice, from 1963 and 1970 and from 2008 and 2013. Ghana was sufficiently highly ranked by FIFA to start their qualifying for the 2014 world cup in the Second round.

When did Ghana first qualify for World Cup?

Who is the coach of Ghana?