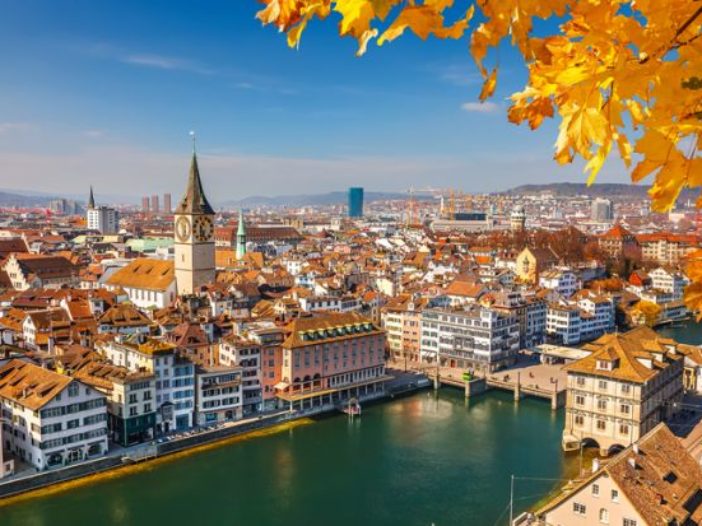 Studying in Switzerland is a dream come true for most international students. In addition to it being one of the top study abroad destinations, you get top-notch education quality at an affordable price.

So to help you make your selection among the numerous Swiss universities, I’ve compiled a list of the 10 best schools in Switzerland.

You will also get to know other reasons why you should study in Switzerland.

Switzerland is a country known for valuing education so much. It has the best, famous and oldest universities ever. Different celebrities from various countries had their schooling here and are now leading comfortable lives.

Some of these schools have been ranked best worldwide and have students from other countries. Alumni of these institutions are well known for leading successful lives. Let us check on the best universities in Switzerland for International Students 2021.

Why Study in Switzerland?

Firstly, Switzerland has some of the most reputable universities in the world. In fact, their top two institutions (EPFL and ETH Zurich) are constantly ranked within the top 20 in several world university rankings.

Secondly, tuition fees in Switzerland are some of the cheapest fees in the whole of Europe. Most Swiss public universities charge around €1,000 per academic year. However, it doesn’t get much cheaper than that. It is also advisable to check directly with the institution for a definite amount as the cost may differ between universities.

Also, Swiss cities continuously get ranked among the best cities in the world for quality of life. Although they can be very expensive to live in, the wages here are high and the crime rate is low. This, in turn, makes the major cities some of the happiest cities in Europe.

In addition, Switzerland is hugely a diverse place to live. It is bordered by France, Germany, and Italy; and because of its various neighbours, it has 4 different national languages. As a result, the country can feel very welcoming for an international student.

For example, if you spend 3 years doing an undergraduate degree in Switzerland, you can very quickly immerse yourself in a new language.

Now, lets get to know the top Swiss universities.

What are the Best Universities in Switzerland?

The best universities in Switzerland are:

On the tenth position of this list of best universities in Switzerland 2021, is the University of Neuchatel. Frederick William III of Prussia found a French-speaking university in 1818. Neuchatel is located in a popular city of the same name. This university made a record of enrolling more than 4,000 students in 2012.

You cannot miss this name in top competitions and articles like this one. A total number of student is 4000 that are located in four different faculties. It has been listed among the top 500 best institutions worldwide.

It is situated in a city of the same name, Fribourg. This institution is among the oldest universities worldwide. History of Fribourg can be from 1580 records when it was established. In 2010, more than nine thousand students were enrolled to pursue different careers for four to six years.

Jesuit Peter Canisius was the founder of Fribourg University in 1889. It offers different courses including Curricula in Swiss languages. There are five official Faculties accommodating more than ten thousand students. The environment of this place is suitable for learning and performing physical activities.

This is a research university that is located in a place called St. Gallen, Switzerland. It was established in 1898. Most of the courses offered here are related to economics, Business administration, international affairs, and Law. The population of this school is approximately 8000 students.

In Europe, St. Gallen University is ranked among the top 5 best institutions to acquire a career course of your choice. Based on the German language, St. Gallen is common to many people because of making good collections of modern arts. These types of equipment are sold to enable this school to meet its budget.

This school was found in 1834 and is said to be very comprehensive in teaching. The University of Bern is popular and many people in Switzerland love it for being able to handle quite a large number of students.

The population of this school is so high. More than 17,000 students graduate yearly while others enroll to pursue different courses of their choice.

Students that are enrolled in this institution must meet their requirements of having high grades from O’ levels. Because of that, there is a high level of discipline experienced in an entire school. Very few cases of strikes have been reported so far.

The University of Basel takes the title of the oldest university in entire Switzerland. It was found in 1460 and still holding a good position in performance. Great professors and public leaders from different parts of this world went through this amazing school.

There are seven faculties including interdisciplinary institutes and guidance and counseling. Other than education, students are well equipped with moral and social lessons to help them live wisely.

Some of the popular and learned people from this university include Paul Hermann Muller, who graduated in 1965, and Paul Erdman who left in 2007. Currently, America is proud of him for being a reliable financial writer.

Lausanne is a theology school in Switzerland that was found in 1537. Performance of these institutions contributed to its winning award received in 1890.

The population of Lausanne University is about 13,500. Most of these students are from different countries who come to seek quality education.

Among other campuses that are situated around the shores of Lake Geneva, the University of Lausanne is best and has a better environment for all learning processes. All you need is attaining good grades. Enrolling is easy.

John Calvin found it in 1559. John focused mostly on theology before making University of Geneva official in 1560. There are nine large faculties and hence ranked among best and big institutions of Switzerland.

Due to its high performance, most of the alumni from this school get very successful in their lives and are popular.

There is a promise of getting a scholarship upon performing well in exams.
Determined students, therefore, work their very best to attain good grades in all tests. Appearing in this list is another achievement. This is a way of advertising.

The University of Zurich is popular among many people for having a high population. More than 15 thousand students are enrolled each year. Together with those that are already in school, this school has 26,000 students.

I wonder how this school works to attain good grades especially in courses with many students.

SEE ALSO:   What Is MCAT And When To Take The MCAT?

Braches of Zurich are scattered in Switzerland to help people that are only interested in part-time classes. Degree courses are normally taught in German however, English has been introduced and is dominating at a high rate. Currently, master career courses are handled in English.

READ ALSO: Study In Switzerland: All you need to know about University of Zurich

Popularly known as EPFL, is a university found in Lausanne that specializes mostly in Physical and engineering career courses.

According to QS world rankings, Ecole is in 14th position and runs a nuclear reactor that is connected to its research. Above all EPFL is a French-speaking university and second-best in Switzerland.

In other words, this is the Swiss Federal Institute of technology. ETH Zurich offers Engineering, Science, Mathematics, and Technology courses. It was found in 1854 and has been well-performing hence being ranked as the best in entire Switzerland.

There is always stiff competition from other schools but Zurich remained the best. This is due to getting support from the government. Something that I did not inform you is that ETH Zurich was funded by the government of Switzerland.

This article was written to help you understand where to get a quality education in Switzerland. So, listed above are the 10 best universities in Switzerland in 2022 and their performances.

Both Swiss and international students are now enrolling and taking full courses that will help them in the near future.

I hope this helps in your decision making.

Does this article meet your immediate needs? If yes, leave us with a 5-star rating in the Review Box below. However, if no, leave a response in the comment box to express your concern or ask the question and we will get back to you as soon as possible.