Canada has played an active role in the promotion and development of human rights norms since the 20th century. As an original member of the United Nations (UN), founded in 1945 as a response to the end of the Second World War, Canada asserted its commitment to recognising and combating human rights violations from early on. Since signing the UN’s Universal Declaration of Human Rights in 1948, a series of legislative enactments have demonstrated this continued commitment to progressing the rights of previously discriminated groups. Such legislation addresses concerns such as political rights, rights in the workplace and rights protecting against discrimination for various groups including women, aboriginal or indigenous people, people of colour, homosexuals, foreign nationals and people with disabilities.

In Canada Human Rights is a course taken with great essence. They Rights  of humans in Canada are of most times has brought many individuals, organisations, Foundations, government agencies, and NGOs to work with a common goal. Here are listed agencies that provide Human Rights Jobs in the Canada

Based at Concordia University in Montreal, MIGS is the leading research and advocacy institute for genocide and mass atrocity crimes prevention. The work of the institute ranges from monitoring activity to memorialising human rights abuses and it is currently engaged in a number of different projects with these aims. Apart from research fellowships, the institute also offers internships and volunteer opportunities.

Equitas, formerly known as the Canadian Human Rights Foundation, is Canada’s oldest human rights education organisation. The vision of Equitas therefore, refers explicitly to the use of participatory education activities as a means to addressing concerns around human rights. Another key mission of the organisation is to establish and maintain global networks of human rights workers in order to facilitate mutual education around human rights issues. The organisation believes that through education, greater global social justice can be achieved. Equitas works across the globe and thus offers placements in Africa, Asia, Latin America, the Caribbean, the Middle East as well as in Canada itself.

Amnesty International is one of the largest global human rights organisations and therefore performs important work around monitoring, exposing and protecting against human rights violations throughout the world. The organisation’s work in Canada therefore, looks specifically at where actions from the Canadian government and people can have the greatest impact. Amnesty International in Canada has highlighted a host of ‘priority countries’ within which a huge spectrum of human rights issues are being addressed. There are opportunities for internships and volunteering positions within the Canadian division of the organisation and job openings, whilst rare, are listed on the website on a rolling basis.

Founded by a variety of inter-disciplinary professionals, this not-for-profit organisation works alongside civil society to promote the defence of human rights. Monitoring human rights abuses forms one of its major activities as well as promoting aims to eliminate human rights violations by targeting individuals and groups through education programmes. The general objectives of the CHRIO, as stipulated by the organisation, are to “contribute to the defence, promotion, education, protection and realisation of human rights, including civil and political rights.” The organisation has both volunteering and student placement opportunities.

The OHRC is an organisation which seeks to address the “roots of discrimination” through policy development, litigation and raising awareness through education campaigns. Primarily working through legal interventions, the OHRC works on human rights issues at all levels of the court. The organisation therefore actively assists and supports individuals who have experienced discrimination or violations of their human rights by providing legal advice and assistance. It also plays a role in lobbying government and different sector and groups in order to promote organisational change and further progress towards equality.

RELATED:  Commonwealth Government Scholarships for Masters & PhD At the University of Newcastle In Australia 2022

The title claim of this organisation is “Help put human rights on the front page.” Through the use of media, JHR aims to put a spotlight on human rights and related abuses that take place. The organisation further aims to create government accountability by initiating and maintaining debate across human rights issues. JHR works primarily in the Democratic Republic of Congo (DRC), the Middle East, North Africa, South Sudan, Syria and Canada. The organisation offers volunteer and internship opportunities, as well as jobs in a variety of media-oriented and other positions. The Student Chapter initiative of JHR runs awareness and education campaigns across campuses in North America.

The above organisations represent some of the most prominent and active human rights organisations from a variety of different fields, operating at a national level within Canada. There are however, many regional and local initiatives which strive to promote the progression of a culture of human rights and defend against discrimination in the country and in the broader global community.

Read More
The University of Miami is currently accepting applications for the U Dreamers Grant.The Grant is intended to meet…
DDjibouti Scholarships 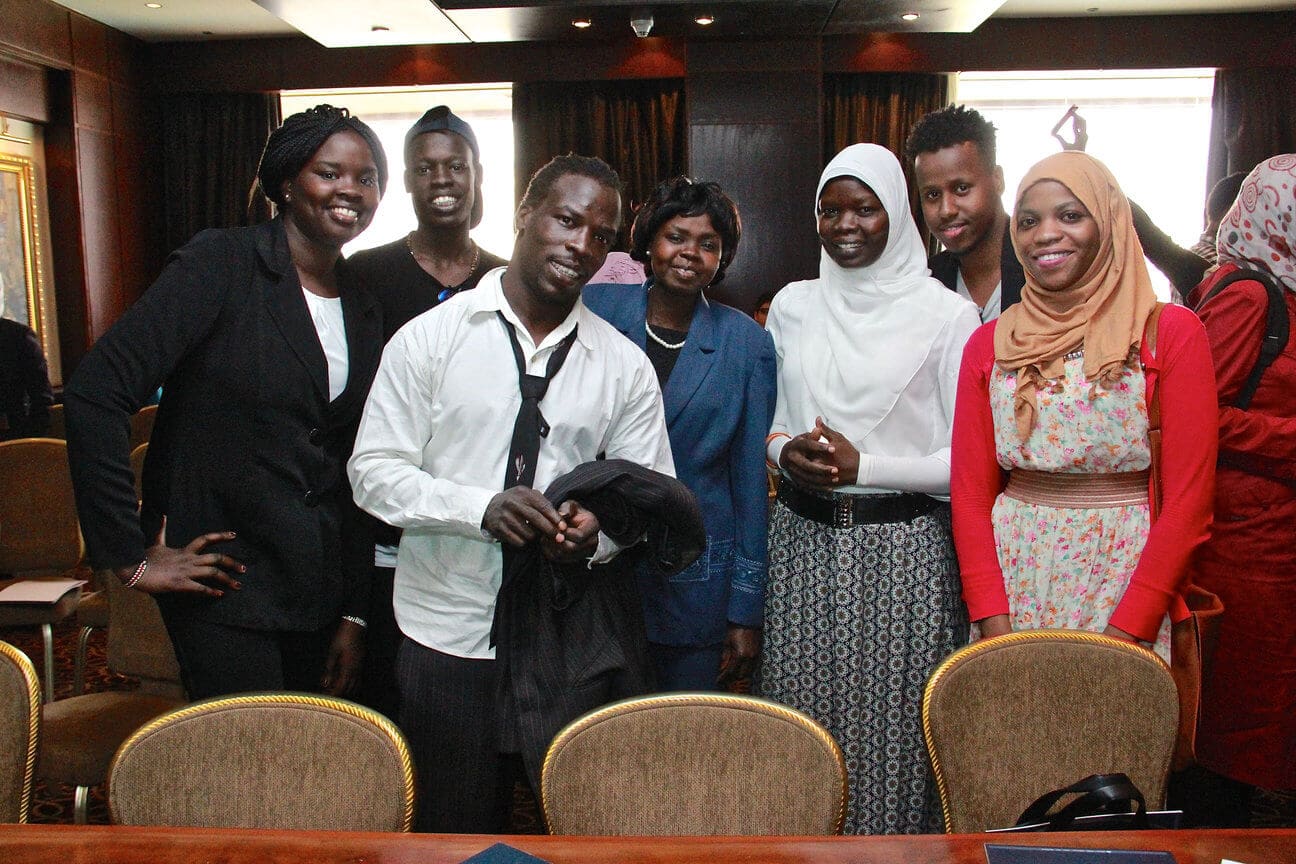 Read More
Entries are submitted for the Kofi Annan Fellowships for Developing Countries’ Students at ESMT in Germany, and applications…
DISCLOSURE: This post may contain affiliate links, meaning when you click the links and make a purchase, we receive a commission.