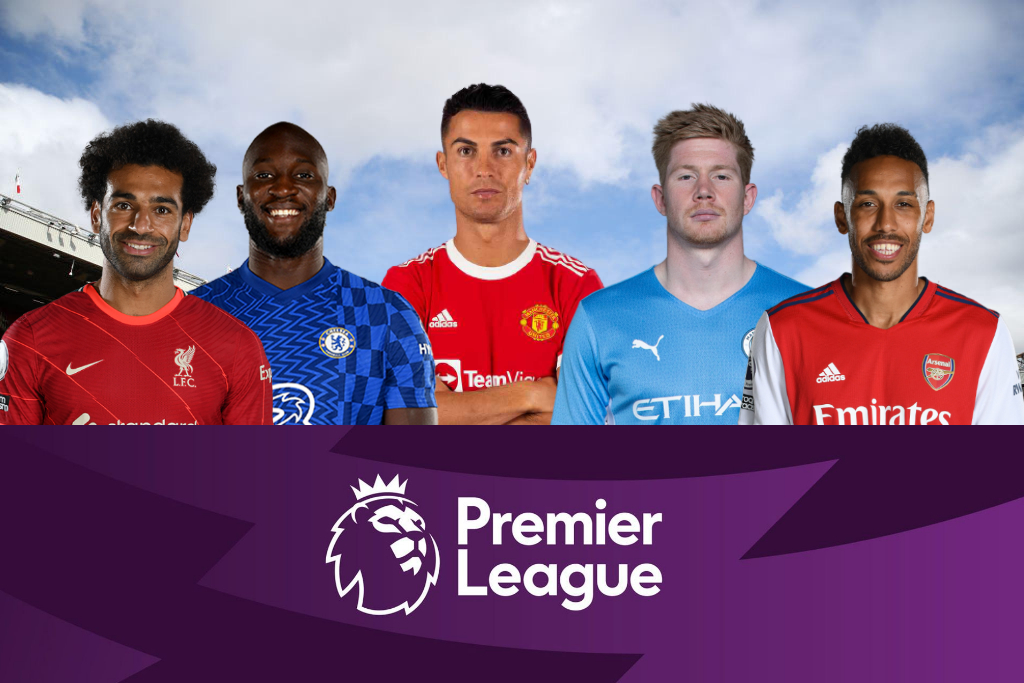 When you talk about the most-watched sports leagues in the Globe without having Football league on your no. 1 list then you are wrong. Football is one of the things which Brings people from all around the world together through various leagues.

The first in our list is Premier League which is also called the English Premier League. Founded on 20 February 1992, EPL is the top and best football league in the world.

It is been contested by 20 clubs, and it operates on a system of promotion and relegation with the English Football League. See Also The Impact Of English Premier League On Nigerian Youths

Average Viewers: For the 2018–19 season average Premier League match attendance was at 38,181

How the Premier League Works

The league takes place between August and May and involves the teams playing each other home and away across the season, a total of 380 matches. Three points are awarded for a win, one point for a draw and none for a defeat, with the team with the most points at the end of the season winning the Premier League title.

The second in our list of the most popular football league in the world is La Liga. founded in 1929 La Liga is contested by 20 teams also, with the three lowest-placed teams at the end of each season relegated to the Segunda División and replaced by the top three teams in that division.

La Liga also known as the Spanish League is among the top and best football league in the world. With the teams like FC Barcelona, Real Madrid and Atletico Madrid aggregate attendance to La Liga matches is above 10 million and over 300 million viewers overseas

How the La Liga Works

La Liga is played between August and May, which each club playing every other club twice, once at home and once away, for 38 matchdays. Teams receive three points for a win, one point for a draw, and no points for a loss. The teams are ranked by total points, with the highest-ranked club at the end of the season crowned champion.

At the top of the German football league system, the Bundesliga is Germany’s primary football competition. The Bundesliga comprises 18 teams and operates on a system of promotion and relegation with the 2. Bundesliga.

Average Viewers: Among these most watched football leagues on tv Bundesliga ranks second among domestic professional leagues in the world by average attendance (43,458).

How the Germany Bundesliga Works

The seasons run from August to May. Most games are played on Saturdays and Sundays, with a few games played on weekdays. All of the Bundesliga clubs qualify for the DFB-Pokal. It has the highest number of attendees in the league. Moreover, the players are full of talent plus the rivalry is on a new level.

Among the most-watched football leagues in the world on tv is the French League also known as Liga 1. Founded in 1930 Ligue 1 is the country’s primary football competition Administrated by the Ligue de Football Professionnel. Paris Saint-Germain won 2018-2019 Ligue

This most viewed football league is contested by 20 clubs and operate on a system of promotion and relegation with Ligue 2.

Average Viewers: It has a high number of attendees. With over 7 million aggregate attendance to its matches and 200 million worldwide viewers of this league.

How the French League Works

Seasons run from August to May. Clubs play two matches against each of the other teams in the league – once home and once away – totaling to 38 matches over the course of the season. However, Most games are played on Saturdays and Sundays, with a few games played during weekday evenings. Play is regularly suspended the last weekend before Christmas for two weeks before returning in the second week of January.

Next in our list of football leagues in the world is Italian League also known as Serie A, or Serie A TIM due to sponsorship by TIM. However, Serie is a professional league competition for football clubs located at the top of the Italian football league system.

With legendary teams like AC MILAN, INTER MILAN and JUVENTUS the league is regarded as one of the best football leagues in the world and it is often depicted as the most tactical national league.
Italian league once was the hardest of all leagues and ruled the world football for several years.

Average Viewers: an overall attendance of 8 million to all the matches in the season and 160 billion people in attendance.

How the Serie A Works

During the season, which runs from August to May, each club plays each of the other teams twice; once at home and once away, totaling 38 games for each team by the end of the season.

Thus, in Italian football, a true round-robin format is used. In the first half of the season, called the andata, each team plays once against each league opponent, for a total of 19 games.

The winner is awarded the Scudetto and the Coppa Campioni d’Italia. Aside from the awards, the top four teams in the Serie A qualify straight to the UEFA Champions League group stages. Teams finishing fifth and sixth qualify for the UEFA Europa League tournament.

Among the most viewed football leagues is the Campeonato Brasileiro Série A, commonly referred to as Brasileirão. Brazilian professional league for men’s football clubs. At the top of the Brazilian football league system, it is the country’s primary football competition

Average Viewers: Among these most watched football leagues on tv Brazilian League ranks second among domestic professional leagues in the world by average attendance (43,458).

How the Dutch Eredivisie Works

There are 20 clubs in the Brasileirão. During the course of a season (from May to December) each club plays the others twice (a double round-robin system), once at their home stadium and once at that of their opponents, for a total of 38 games.

Teams receive three points for a win and one point for a draw. No points are awarded for a loss. Teams are ranked by total points, victories, goal difference, and goals scored. At the end of each season, the club with the most points is crowned champion. If

The First winner qualifies for the UEFA champions league.

As of the 2018–19 season it is ranked the 11th best league in Europe by UEFA and among the most watched football leagues on tv. The top division consists of 18 clubs. Ajax is the current champion. The average salary for a player is $445,000.

Average Viewers: This most popular football league in the world have an average attendance of 18,010,

How the Dutch Eredivisie Works

The seasons run from August to May. Most games are played on Saturdays and Sundays, with a few games played on weekdays.

The winner of the Eredivisie claims the Dutch national championship.

How the Chinese Super League Works

However, This popular football league starts in February or March and ends in November or December. In each season, each club plays each of the other clubs twice, once at home and another away. With 16 clubs currently in the Super League, teams play 30 games each, for a total of 240 games in the season.

Founded in 1993, Major League Soccer is among the most viewed football leagues and a men’s professional soccer league sanctioned by the United States Soccer Federation.

The league comprises 24 teams—21 in the U.S. and 3 in Canada and constitutes one of the major professional sports leagues in both countries. The average salary for MLS players is $373,094.

How the Major League Soccer Works

The regular season runs from March to October, with each team playing 34 games. Fourteen teams compete in the postseason MLS Cup Playoffs through October and November, culminating in the championship game, the MLS Cup.

The team with the best record is awarded the Supporters’ Shield.

It is organized and supervised by the Liga Portuguesa de Futebol Profissional, also known as Liga Portugal.

Average Viewers: This league has up to 50,000 viewers.

How the Portuguese Primeira Liga Works

There are 18 clubs in the Primeira Liga, up from 16 in the previous seasons. During the course of a season, each club plays all teams twice – once at their home stadium and once at their opponent’s – for a total of 34 games.

And also, At the end of each season, the two lowest placed teams are relegated to the Segunda Liga and the top two teams from Segunda Liga are promoted to the Primeira Liga.

Founded on 17 October 1943, The Liga MX is the top tier of the Mexican football league system. Currently sponsored by BBVA through its Mexican subsidiary BBVA México, it is officially known as Liga BBVA MX.

The league is considered the strongest in North America, and among the most viewed football leagues in the world.

Average Viewers: According to CONCACAF, the league – with an average attendance of 25,557

How the Mexican Liga Works

The first 8 teams in the table at the end of the regular phase of the tournament qualify to the liguilla (“mini-league”, or “playoff”).

As of February 2019 the Swiss Super League is ranked 16th in Europe according to UEFA’s ranking of league coefficients, which is based upon Swiss team performances in European competitions.

Average Viewers: It is viewed mostly by Switerzland citizens.

How the Swiss Super League Works

Swiss Super League is been played by 10 teams.

The Russian Premier League is the top division professional association football league in Russia. It was  27 August 2001 as the Russian Football Premier League and was rebranded with its current name in 2018.

How the Russian Premier League Works

Teams in the Russian Premier League play each other twice, once at home and once away, for a total of 30 matches. Three points are awarded for a win, one for a draw, and none for a loss. If teams are level on points, the tie-breakers are the number of wins, then the goal difference, followed by several other factors.

Founded in 1991, The Ukrainian Premier League or UPL is the highest division of Ukrainian annual football championship.

The sports organization consists of 12 football club organizations that take control of the league’s operations under the statues of Football Federation of Ukraine, UEFA, and FIFA.

How the Ukrainian Premier League Works

Clubs play each other twice (once at home and once away) in the 26-match season. The league begins in mid-July and ends in mid-June. After 13 rounds of fixtures, there is a winter break that lasts for three months (from early December to early March).

Thus, the winter break is significantly longer than the interval between seasons. This schedule accounts for climatic conditions and matches that of most European leagues in terms of the beginning and the end of the season.

The teams that reach the top ranks of the competition table at the end of each season as always gain the chance to represent Ukraine internationally in several prestigious tournaments (continental club tournaments).