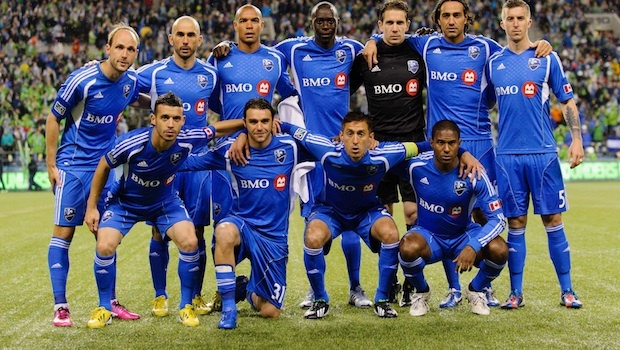 Football has been the biggest game of all time. They used to tell us, “Football is a great business” but I can tell you also, football is more than business and entertainment. For millions who play, or have played, football is a form of education. The game can be a superb school for body, heart, and mind. The more you play and follow, the more you learn. If you are a lover of football; you play or you love watching other big teams play, we have made you a list of various football clubs in Canada to enlighten and keep you in the know about the game.

Calgary Foothills Football Club (CFFC) is a Canadian soccer club based in Calgary, Alberta, that competes in USL League Two The club was founded as a youth club in 1972 and joined as a USL2 franchise in 2015. The team plays its home games at the Foothills Composite High School in Okotoks. The team colors are green and white.

Its major purpose is to help create a culture of excellence through its leadership, coaches, players. One of the greatest aim and target of this organization is to foster good habits, creativity, and accountability. They also believe character is key to success in every Endeavour.

Foothills football Club has a circle of wealthy alumni who are successful in various spheres of influence and this is where their sponsorship support is coming from.

Here is a list of some of the top sponsors of the Foothills Soccer Club;

The Montreal Impact is a Canada soccer club based in Montreal, Quebec. The team began to play in 2012 as an expansion, being the MLS third Canadian club and replaced the North American Soccer League team of the same name.

In 2015, the Impact became the second MLS club, and first Canadian club, to advance to the final of the CONCACAF Champions League, in its current format since 2008, where they had finished runners up in the two-game aggregate goal series against Club América.

The Impact had won the Canadian Championship in 2013 and 2014. The club plays its home games at Saputo Stadium and is coached by Wilmer Cabrera.

Montreal plays its home games at Saputo Stadium, a soccer-specific stadium – with a natural grass playing surface. It was built in 2008 for the second division Impact but designed with expansion in mind with the club anticipating a move to MLS. The Quebec government announced $23 million in funding to expand the stadium to more than 20,000 seats as well as building a training field – with synthetic turf – next door.

The “deep sea” blue represents the maritime landscape of the Vancouver area and the “Whitecaps blue” indicates the reflection of the North Shore Mountains in the Pacific Ocean. The lighter shade of blue also alludes to the primary color of the original Whitecaps, winners of Soccer Bowl 1979. The silver outline pays homage to the team’s championship victories since 1974.

The Whitecaps plays its home matches at BC Place in Vancouver, which it shares with the BC Lions of the Canadian Football League. BC Place used to be a 54,500-seat multi-purpose stadium designed for both Canadian football and soccer.

The stadium opened in 1983 but underwent a complete two-phase revitalization project between 2009–2011. The stadium now features the largest cable-supported retractable roof in the world and polytan artificial turf, which is certified by FIFA with a 2-star rating. The Whitecaps reduce the stadium’s capacity to 22,120 for matches by using white sails (known as the “secondary roof”) to close off the upper bowl

Vancouver Whitecaps FC  has a circle of wealthy alumni who are successful in various spheres of influence and this is where their sponsorship support is coming from.

Here is a list of some of the top sponsors of the Vancouver Whitecaps FC;

Toronto FC is another Canada football club based in Toronto, Ontario, Canada. The team plays its home matches at BMO Field, located at Exhibition Place on Toronto’s shoreline. Toronto FC joined MLS in 2007 as an expansion team and was the first Canadian-based franchise in the league.

The Toronto FC was birthed out of an online consultation in which the public was invited to vote on the name during a limited period. The voting options were “Toronto Northmen”, “Inter Toronto FC”, “Toronto Reds”, and “Toronto FC”. MLSE’s strategy in choosing “Toronto FC” following this process was based on two reasons. One of the premises for the selection is because over 40 percent of the online vote supported the simple Toronto FC name during the consultation.

The Toronto FC had a very hard beginning but despite their long scoreless streak to start the club’s history, Toronto FC quickly began to establish itself as a club with significant fan support. The club’s first win came on May 12, 2007, at BMO Field as Danny Dichio scored the team’s first goal in the 24th minute of a 3–1 home win over the Chicago Fire.

The construction of a new stadium which is proposed to be the official Toronto FC’s stadium was completed at the Exhibition Place in Toronto at a cost of $62.5 million. On September 20, 2006, MLS’s official website announced that BMO Financial Group had purchased the naming rights for the new stadium. It is the largest soccer club stadium in Canada. It is owned by the City of Toronto, while MLSE, the team’s owner, operates it.

Along with the rich green grass, a heating and drainage system was also installed at a cost of $3.5 million to MLSE.

NMSC has played a huge role as a not-for-profit organization by serving the youth and adult sectors of our community through fostering and teaching the game of soccer.

The stadium at the NMSC is one of the top-notch stadiums in Canada. It has hosted so many great matches and has as well served as an event center for different events.

NMSC has grown a lot stronger having a lot of Partners & Sponsors. These sponsors have made a lot of immeasurable contributions to the North Mississauga Soccer Club.

Here is a list of some of the top sponsors of the NMSC;

FC Edmonton is one of the football clubs in Canada. It is a Canadian professional football club based in Edmonton, Alberta, founded by two brothers, Tom Fath and Dave Fath.

The club has competed in the Canadian Premier League since the league’s inaugural season in 2019. The club previously competed in the North American Soccer League (NASL) from 2011 to 2017, then went on hiatus when NASL ceased competitive operations before the canceled 2018 season. From 2012 onward, FC Edmonton’s home field has been Clarke Stadium.

FC Edmonton team began playing its home games at Foote Field which was a 3,500-seater stadium viewed as the centerpiece of a multi-purpose sports facility on the University of Alberta campus.

But in June 2018, FC Edmonton announced their new Clarke Stadium for the 2019 season, with seating capacity increased to 5,100.

Pacific Football Club is a Canadian football Club based in Greater Victoria, British Columbia. The club is one of the Canada football clubs that compete in the Canadian Premier League.

Port City FC as it is popularly called, was one of four groups accepted by the Canadian Soccer Association for professional club membership, along with groups that would become Cavalry FC, HFX Wanderers FC, and York 9 FC. On June 1, the Canadian Premier League granted the Port City ownership group a club on Vancouver Island.

Be it as it may, Pacific FC was officially unveiled on July 20 as the seventh team to join the Canadian Premier League.

The club plays their home games at Westhills Stadium. The city of Langford planned to increase the capacity from 1,718 to 8,000, but a utility pole located on the north side of the stadium has prevented any upgrades on that side. By extending the existing south stand and adding seating behind both goals as well as new standing room on the north side, the capacity was increased to 6,200.

Cavalry Football Club commonly known as Cavalry FC or Cavalry is a Canadian football club based in the Calgary Metropolitan Region of Alberta. It is managed by Tommy Wheeldon Jr. and owned by Spruce Meadows Sports & Entertainment.

On May 5, 2018, Calgary was one of four cities accepted by the Canadian Soccer Association for professional club membership.

Cavalry FC was announced on May 17, 2018, as the second team to officially join the Canadian Premier League.

On June 26, 2019, Cavalry FC qualified for the 2019 Canadian Premier League Championship by winning the inaugural CPL Spring season. The following month the Cavs became the first CPL club to defeat a Major League Soccer club in the Canada Championship by upsetting Vancouver Whitecaps FC in 2019 over two-legs.

Cavalry FC’s home stadium is at ATCO Field. It is a 5,288-seat stadium located at Spruce Meadows, at the ‘Meadows on the Green’ equestrian ring. The stadium is modular to allow for future growth and uses natural grass. Free shuttles bring fans to the stadium from the Somerset–Bridlewood CTrain station.

Forge Football Club, which is also known as Forge FC is a Canada soccer club based in Hamilton, Ontario. The club is among the few soccer clubs in Canada that competes in the Canadian Premier League.

Forge FC was officially unveiled as the Canadian Premier League’s sixth team on July 12, 2018. The club revealed its crest, colors, and branding, as well as its place in the league for the 2019 launch season. The name was chosen to represent the city’s industrial heritage and forging ahead building its future.

On October 1, 2018, Forge FC announced that Bobby Smyrniotis would be its first head coach and technical director.

The club plays its home games at Tim Hortons Field, a 23,218-seat multi-purpose stadium which had primarily been used for Canadian football. The capacity will be reduced to 10,000 spectators to provide an intimate setting for supporters. The stadium opened in 2014 as the home venue for the Hamilton Tiger-Cats of the Canadian Football League and was used as a soccer venue during the 2015 Pan American Games

The team is coached by Rob Gale and owned by the Wade Miller.

On May 6, 2017, Winnipeg was one of two cities accepted by the Canadian Soccer Association for professional club membership when the Canadian Premier League was unanimously approved.

In May 2018, it was reported that the club would be called Valour FC. On June 6, 2018, the club was officially unveiled as the fourth team to join the Canadian Premier League. As well as confirming its place in the league for the 2019 launch season, the club also revealed its crest, colors, and branding.