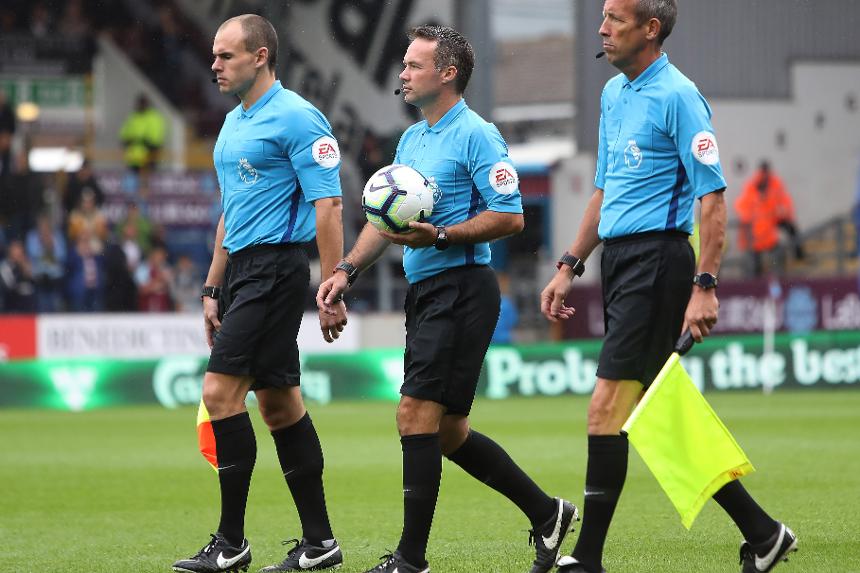 Have you had the saying, Without Rules, orderliness can never be achieved? For any organization, or association to achieve its objectives and goals, there must be a standard system for maintaining rules and regulations. Just like in football, there are Football Officials that handle Matches or games to ensure orderliness and adherence to the rules guiding the game.

The question now is, How many football officials can handle a match?

I will tell you. Although the question seems like an easy and simple one, understanding of briefing about football, its objectives, and Football rules will help you understand their roles and how they help in the actualization of football objectives.

Football also is known as soccer is one of the oldest, well recognized, and most interesting games ever played in the world. The pinnacle of the international game comes in the form of the Football World Cup. Euro Championships, Copa America, and the African Cup of Nations are some of the tournaments played.

Domestically speaking, There is so many League but the strongest leagues come from the following countries:

The objective of the game is to score more goals than your opponent in a 90-minute playing time frame. The match is split up into two halves of 45 minutes. After the first 45 minutes, players will take a 15-minute rest period called half time. The second 45 minutes will resume and any time deemed fit to be added on by the referee (injury time) will be accordingly.

To score the ball must go into your opponent’s goal. The whole ball needs to be over the line for it to be a legitimate goal. As a player, you can score a goal on any part of the body apart from the hand or arm up to the shoulder. The goal itself consists of a frame measuring 8 feet high and 8 yards wide.

Other Rules in football game include:

SEE ALSO:   The Pros and Cons of VAR in the Football Match decision.

The best football games are run by four Important officials, usually dressed in black or light colors, designed to rival the shirts of both teams. However, All the officials in a football game have a separate but important role during the game and they all stay in touch with the other players.

The football officials ensure that the rules and regulation of the game are been adhered to. they control the checkmate they coaches, players, and fans. Without these rule-watchers monitoring the progress of a football match, the game may not progress with a defined structure.

Moreso, The Six Football officials on the field have specific roles and responsibilities that make it possible to correctly and consistently call games at football’s highest level. Proper training and positioning prepare officials to be in the right place to make the right call.

Read through to see their position, what they watch for on every play and what they do between plays to keep the action moving.

The Referee is more important than the other officers in the Game. He is the only one to whistle, and he uses it to signal the beginning and the dead body of the game. These include kickoff, part-time, full-time, goals, and locusts.

Responsibilities: The Referee is responsible for the following:

Note, The referee patrols the length of the field to cover the ground not covered by their two assistants. Generally, he runs in a diagonal pattern from the southeast quadrant of the field towards the northwest quadrant; hence the term “diagonal system of control”.

Some people do ask…

Can a Referee Change His Decision During a Football Match?

Emphatically yes. The rules in football only allow a change of decision in certain circumstances.

The referee may only change a decision on realising that it is incorrect or on the advice of another match official, provided play has not restarted or the referee has signalled the end of the first or second half (including extra time) and left the field of play or terminated the match.

The referee cannot change his mind during the half time interval or after the final whistle.

What happens if a referee becomes incapacitated?

Play may continue under the supervision of the other officials in a football game until the ball is next out of play.

The assistant referee is one of the officials in a football game that helps out with decisions. Decisions such as throw-ins and offsides sometimes will have a better view of incidents than the referee.
Moreso, His’ duties generally consist of judging when the ball has left the field of play. Other roles consist of the following:

Other equipment that football referees may use include:

The fourth official can also be called a reserve referee or replacement referee. He plays a very important role in football matches. He was added recently to the officiating crew. Note, The fourth official is simply instructed to assist the referee at all times, and their duties are largely at the discretion of the referee.

Also, The fourth official typically sits at a short distance from the touchline between the two teams’ technical areas with a table in front. however, their positioning is not defined by the Laws of the Game.

In general, fourth officials are responsible for assisting the referee with:

Recent trials, for example at the 2009–10 UEFA Europa League group stage, have been started to make place for an additional two assistant referees to be added to the game.

Also, positioned behind the goal lines, to “ensure that the Laws of the Game are upheld,

Informing the referee of incidents of any kind that they may otherwise have missed, particularly in key areas of the field like the penalty area and its surroundings.

Their positioning also gives a good view to assist the referee in “ghost goal”-type incidents. The trial was evaluated by IFAB technical experts.

This trial was later extended to the 2011–12 UEFA Champions League and qualifying games and the final tournament for the UEFA Euro 2012. Their reception has been mixed.

The use of additional assistant referees was approved by the International Football Association Board (IFAB) in July 2012.

Additional assistant referees were used in the 2013 Scottish Cup Final, the first time they had been utilized in a domestic match in Scottish football.

The fifth official was an official meant to serve as a replacement for either of the assistant referees in the unlikely event of an injury or incident that would prevent the assistant from continuing the game.

For matches in the 2006 World Cup, FIFA assigned five officials. The roles of the fifth official include:

This one of the football officials in a game his major role is to review the decisions made by the Head Referee using video footage and a headset.

However, Following extensive trialing in a number of major competitions, Video assistant referees (VARs) were first written into the Laws of the Game by the International Football Association Board (IFAB) in 2018.

Apart from his major role, he performs other duties which help in improving the game. These roles include:

Note, these official rules help in maintaining Rules in football games. The VAR system seeks to provide a way for “clear and obvious errors” and “serious missed incidents” to be corrected.