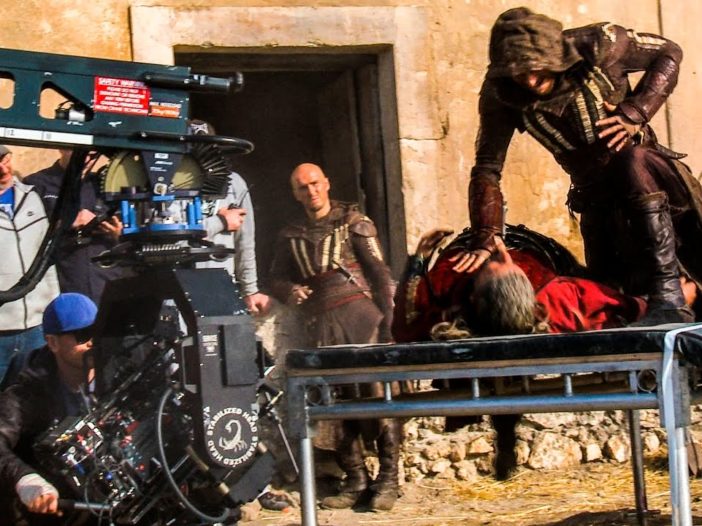 Making great movies is not something one stumbles upon. It takes great training, practice, and commitment.

In this article, you will find the best film schools where you can take your training.

Movies can make you laugh while also exposing some disturbing truths about life and society we live in.

You would really require the best of training to really make a great actor or filmmaker. So this article has been written to help you find the best schools where the great actors and filmmakers you see on the screens are coming from.

Take your time and read to the end.

Movies or films are a very important part of society. They are usually some sort of art used to imitate, exaggerate, and enlarge life’s vast myriad of experiences.

Most times, they expose some certain happenings we may not have seen or known that is imminent in our society.

Generally, films can influence our attitudes, lifestyles, and values. Below are some of the ways films and movies influence our lives.

Some moviemakers got their film making abilities as natural gifts while some got theirs through training and mentorship. But it will be an added advantage for you if you add to your great acting skills, some touch of professionalism. That is why you will need to get a degree in film making.

Is a Film Degree Worth It?

Filmmaking is a strange beast, and there’s no other art form quite like it.

It involves the culmination of not just creative prowess but also technical expertise; throw in the need for extreme organization and planning skills, good communication and even the ability to draw up financial plans. And it’s easy to see how overwhelming it can be for someone just starting out.

As such, one of the first (and most difficult) questions you’ll have when pursuing a career in filmmaking is if film school is worth it…

Here, we look into why the answer could be ‘yes’ depending on what you’re looking to achieve.

Filmmaking is expensive. There are no two ways about it. The gear is expensive and location permits can be very expensive.

But many rental houses and locations will offer big discounts to film students that you wouldn’t get if you were just turning up as your independent self.

Film school can also teach you how to make the most out of a small amount of gear so that you don’t need to spend any more money at all.

As with most professions, you need to build a good network of people in the industry.

Going to film school allows you to learn from others who have already experienced real-world production and made the mistakes so that you don’t have to.

You’ll also get to meet many new up-and-coming filmmakers at a similar level to your own with whom you can work on projects.

It can also help you to get internships, crew experience, a job after graduating, as well as valuable feedback on your work.

Film school isn’t just one thing. There are many different types of programs you can attend covering a wide array of topics.

Some are all theoretical and some are practical, while others are a hybrid of the two.

What Can I Do with a Film Making degree?

Pursuing a degree in filmmaking empowers you with a combination of theoretical and technical skills that are needed in careers in the creative industries.

It is very important to note that careers within the film industry are terribly competitive and consequently one would need resilience and determination to succeed in the niche.

If you want to pursue a career in movie-making, the following listed roles are some of what you may become with your degree in filmmaking.

How Long Does it Take to Get a Film Making Degree?

To get your film making degree, it might take you an average of 5 years to really complete your training. But it is important you understand that after you have left school your training doesn’t end there.

You would really require many more years of intensive training from directors and mentors to thrive and be successful in your career walk.

On average, you may require 10 to 15 years to really acquire all the training you require to be a successful filmmaker.

Looking to pursue a filmmaking degree in Canada, here is a list of Top 15 Best Film Schools In Canada | UPDATED

How Much Does it Cost to Study Film Making?

In your ambition to become a filmmaker, one of the things that might be of great threat and challenge to you is the cost of attending a film school.

Usually, attending film school is very expensive. One may worry about why it costs so much to attend a film school.

Now, this is why: film schools are not like conventional schools. Film schools have their own special kinds of equipment that they use in filmmaking.

Furthermore, the school has to re-create the type of environment in which you would be working as a film director, film producer, film editor, production designer, etc.

You must understand that these facilities must be simulated and equipped with all the equipment and software you’d be using in the “real world.” Just try creating a pictorial representation of such training, this can be very costly.

Additionally, if the school is a private institution, it won’t receive state funding to offset its costs, so the costs will inevitably be passed to the students.

In short, attending a filmmaking school is quite expensive. Usually, it costs around $20,000 to $70,000 per year to attend a film school.

So on average, you can expect to pay up to $200,000 to complete your bachelor’s program in filmmaking.

How much you will earn as a filmmaker will largely depend on your level of experience, reputation, and the size of the projects you are involved in the industry.

According to the US Bureau of Labour Statistics, directors and producers in the motion picture and video industries earned an average annual income of $115,920 as far back as 2011. The median income of all producers and directors was $70,660 the same year.

Where Can I Find the Best Film Schools in USA?

There are plenty of schools scattered across the world where you can pursue your filmmaking degree.

According to a report found on ceoworld.biz, USC School of Cinematic Arts has been recognized as the best film school in the world, while the American Film Institute (AFI) and UCLA School of Theater, Film, and Television placed second and third, respectively.

What are the Best Film Schools in the World?

Find the other best film schools in the world in the list below.

USC has been confirmed to be the only movie school in the world where students can acquire all the major disciplines of the Cinematic Arts. Apparently, the school offers an excellent interdisciplinary learning experience.

At USC, students attend about seven classes that teaches on films, television, and interactive media. They are exposed to the latest technological developments and storytelling methods in the industry and have the opportunity to meet and network with some of its most successful mentors.

USC has superb faculty and resources that is known to have the greatest strength as their underlying philosophy states that the best education comes from creating an environment where theory and practice are in constant interaction.

The American Film Institute is the second-best film school in the world. At the AFI students are guaranteed to learn how to make movies, and also to master not only the tools but also the art of storytelling. AFI is sure not like any other film school.

The most prolific content creators in Hollywood are graduates of this school. Fellows collectively create up to 175 films a year across six disciplines: Cinematography, Directing, Editing, Producing, Production Design, and Screenwriting.

#3. UCLA School of Theater, Film, and Television at the University of California

UCLA’s vision for theater, cinema, and television is to be a leading multidisciplinary international professional school that develops excellent humanist storytellers, industry leaders and scholars whose diverse and innovative voices highlight change for a better world.

At UCLA students can find numerous programs in this school. Such programs are online programs, summer programs, professional programs.

With TFT Online, students choose where, and when to work on assignments while still meeting predetermined deadlines. Courses are open to UCLA TFT majors and minors as well as students around the world.

#4. California Institute of the Arts (Calarts)

CalArts is one of the best film schools located in Santa Clarita, Los Angeles. The school has been ranked as one of America’s top colleges for students in the arts by Newsweek/The Daily Beast.

The National Film and Television School is another top film school in the world. The school runs more than 30 MA, Diploma and Certificate courses as well as numerous short courses across a range of film, television, and games disciplines.

Furthermore, there are lots of ‘behind the camera courses’ than any other film school, including core craft areas such as directing and cinematography. They also have specialist areas such as script supervision and production accounting.

Students at NFTS are taught by industry professionals, with access to state-of-the-art facilities and once-in-a-lifetime masterclasses from world-renowned film, TV, and game makers.

SEE ALSO:   How can I become a Photographer in 2022? Training, Schools, Cost, Salary

Kindly visit these schools using the given official site links to learn more about their programs.

Looking for where to pursue undergraduate studies in filmmaking, below are some of the best places where you can find the programs you require.

Most of the schools discussed above are great schools for filmmaking. While some of them are known for their outstanding undergraduate curriculum and degree program; others are best for a graduate degree in filmmaking. The best graduate film school’s list will include:

There are not so many online film schools you can find. Because acting and filmmaking require hands-on training, you will really need to have practical sessions where you will learn from mentors and other advanced professionals.

Nonetheless, we have found three schools where you can pursue your acting and filmmaking degree online. See them below.

Kindly visit these schools to learn more about their programs.

Usually, a bachelor’s degree program in filmmaking lasts about five years but you would require between 10 to 15 years to really have all the experience needed to become a professional filmmaker.

According to a report by careersexplorer, there are currently an estimated 134,700 filmmakers in the United States. The filmmaker job market is expected to grow by 12.2% between 2016 and 2026.

Yes, you can become a filmmaker online. There are few schools where you can find online filmmaking programs. Arizona State University – Scottsdale, Lamar University – Beaumont, The University of Montana – Missoula are the best online schools for filmmaking. Furthermore, you can online courses in filmmaking on platforms like Udemy, Futurelearn etc.

The entertainment world is exclusive, interesting, and fun. Basically, becoming a filmmaker is one lucrative career that will launch you into one of the fast-growing industries; the entertainment industry.

Earning a degree in filmmaking from one of these best film schools in the world, I can tell you, gives you an edge over your colleagues.

It equips you with the right skill, attitude to work, and undying passion that you need to excel in this field.

According to a report by the Bureau of Labor Statistics, the next decade is going to be the peak for the demand for jobs in film and video editing. It is said that the demand will grow even faster than the national average.

Does this article meet your immediate needs? If yes, leave us a 5-star rating in the Review Box below. If no, leave us an opinion in the comment box to express your concern, or ask a question and we will get back to you as soon as possible.