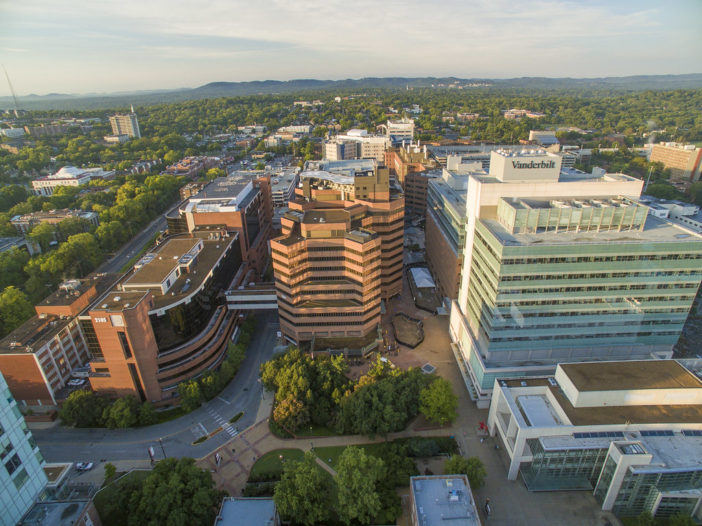 Vanderbilt’s acceptance rate is about 10%. However, admission into a prestigious university is pretty straightforward. In this article, you’ll learn about the school including the tuition, graduation rate, student-faculty ratio, and other basic information about the college.

Every renowned institution has recorded both current and past successes, VU is not an exception. The university’s prominent alumni base includes Nobel Prize winners, members of Congress, governors, ambassadors, judges, admirals, CEOs, university presidents, physicians, and attorneys, as well as professional sports figures playing in the NFL, NBA, Major League Baseball, the PGA and LPGA.

The school has also produced so many successes in various academic disciplines. In fact, the total degree conferred by VU is 3,781 and that includes 1,700 Baccalaureate, 1,382 Masters, 291 Ph.D., 100 M.D, and 308 for other doctoral degrees.

Vanderbilt University At A Glance

Vanderbilt University is a private research university established in 1873 in Nashville, Tennessee. It was named in honor of shipping and rail magnate Cornelius Vanderbilt, who provided the school its initial $1 million endowments in hopes that his gift and the greater work of the university would help heal the sectional wounds inflicted by the Civil War.

Several research centers and institutes are affiliated with the university, including the Vanderbilt Institute for Public Policy Studies, Freedom Forum First Amendment Center, and Dyer Observatory.

The university athletes are nicknamed Commodores and the Mascot is called Mr. Commodore (Mr. C) with Black and Gold as the uniform colors. The university has an official website at www.vanderbilt.edu.

Vanderbilt receives over 12,000 students from all 50 U.S. states and over 100 foreign countries in its four undergraduate and six graduate and professional schools.

All of the university’s facilities are situated on its urban 330-acre (1.3 km2) campus in the heart of Nashville, 1.5 miles (2.4 km) from downtown except the off-campus observatory and the Institute.

The campus library system contains over 8 million items across its ten libraries and stands as one of the nation’s top research libraries.

The Vanderbilt Television News Archive holds the most extensive collection of television news coverage in the world, with over 40,000 hours of content. Vanderbilt’s DNA databank, BioVU has over 200 ongoing projects and is holding over 225,000 samples.

The Vanderbilt’s Institute for Space and Defense Electronics provides integral support to several companies, agencies, and governmental units, including Boeing, NASA, and the United States Department of Defense.

Why Study At Vanderbilt University?

Vanderbilt University has all it takes to shape the future of higher education. Some of the reasons why you should consider the school as your preferred choice are;

SEE ALSO:   15+ Jobs That Make A Difference In People's Lives

Check out these 25 online schools with high graduation rates

What Is The Vanderbilt University Acceptance Rate?

The school has a 10% acceptance rate and ranks #1 in Tennessee for lowest rate of acceptance. Last year, 3,298 out of 34,313 applicants were admitted making Vanderbilt an extremely competitive school to get into with a very low chance of acceptance even for applicants with the highest scores and grades.

Only 49% of those admitted chose to enroll in the school. Most incoming freshmen graduated in the top ten percent of their high school class.

As an applicant of Vanderbilt University, you will be required to be in the top 2 percent of SAT test-takers. Usually, the school consistently takes SAT composite scores down to 1450 on a 1600 scale, below which admission should be considered a reach.

Nevertheless, some students could be accepted with SAT’s as low as 1390. The estimated average SAT composite for admitted freshmen is 1510 out of 1600.

What Are The Admission Requirements At The Vanderbilt University?

Vanderbilt has the Score Choice policy of “Highest Section” also known as “super scoring”. This means applicants can send as many SAT results as possible and of all the scores Vanderbilt university receive, the highest section scores across all SAT test submitted is selected.

The average ACT score at Vanderbilt is 34. This score makes Vanderbilt extremely competitive for ACT scores.

Vanderbilt requires you to take the SAT/ACT Writing section. SAT II scores are not required but will be evaluated. Applicants in engineering are encouraged to take one of the SAT IIs in math.

Common, Electronic and Universal Applications are available at the Vanderbilt university though, supplemental forms will be required for a universal application.

The current VU tuition is $52,780. However, 49 percent of the full-time undergraduates at Vanderbilt university receive need-based financial aid, and the average need-based scholarship or grant award. Nevertheless, Vanderbilt’s acceptance rate makes it possible for you to get value for your money.

It is a highly acclaimed teaching hospital that performs more than 35,000 surgical procedures and receives 65,000 patients in its Emergency Room. Its health care providers (staff of 19,600) attend to more than 1.6 million patients each year and its hospitals.

Many Vanderbilt alumni have gone on to make significant contributions in politics and within the business world, including;

Vanderbilt University graduation rate is 93% and that makes the school one of the most sought after in the Nation.

Although no particular GPA is specified in the general admission requirements, interested applicants need to possess a high cummulative GPA in high school.

However, to apply for the Vanderbilt University medical program, you must obtain a minimum undergraduate GPA of 3.0 / 4.0 on the OMSAS scale.

Yes, with an acceptance rate of 11%, Vanderbilt University is a good school. In fact, based on several international and local rankings, we can say that the U of T is the best university in Canada. It is also one of the most sought after universities in the world.

In addition to having achieved a high-grade point average throughout high school, the US applicants must present good scores in SAT I (Reasoning) or ACT examinations.

Scores below 500 in any part of the SAT Reasoning or Subject Tests are not acceptable. While many of our programs require higher scores, students normally present scores of at least 1,150 on the SAT I’s and 26 on the ACT. A minimum of 1,300 is required for admission to most programs in Engineering.

Vanderbilt University is the most sought after school due to its commitment to inclusive excellence. Basically, the Vanderbilt acceptance rate allows the school to draw the world’s brightest students, faculty and distinguished visitors from across all cultural and socioeconomic backgrounds.

If you are aspiring to be a student of this Prestigious University, you must first, make good grades in high school. The CGPA from high school usually serves as a pre-requisite to entry into VU. In addition, you must maintain a good criminal report and be of good behavior.

Does this article meet your immediate needs? If yes, click the SHARE button to share with your friends. However, if no, leave a response in the comment box to express your concern or ask a question and we will get back to you as soon as possible.