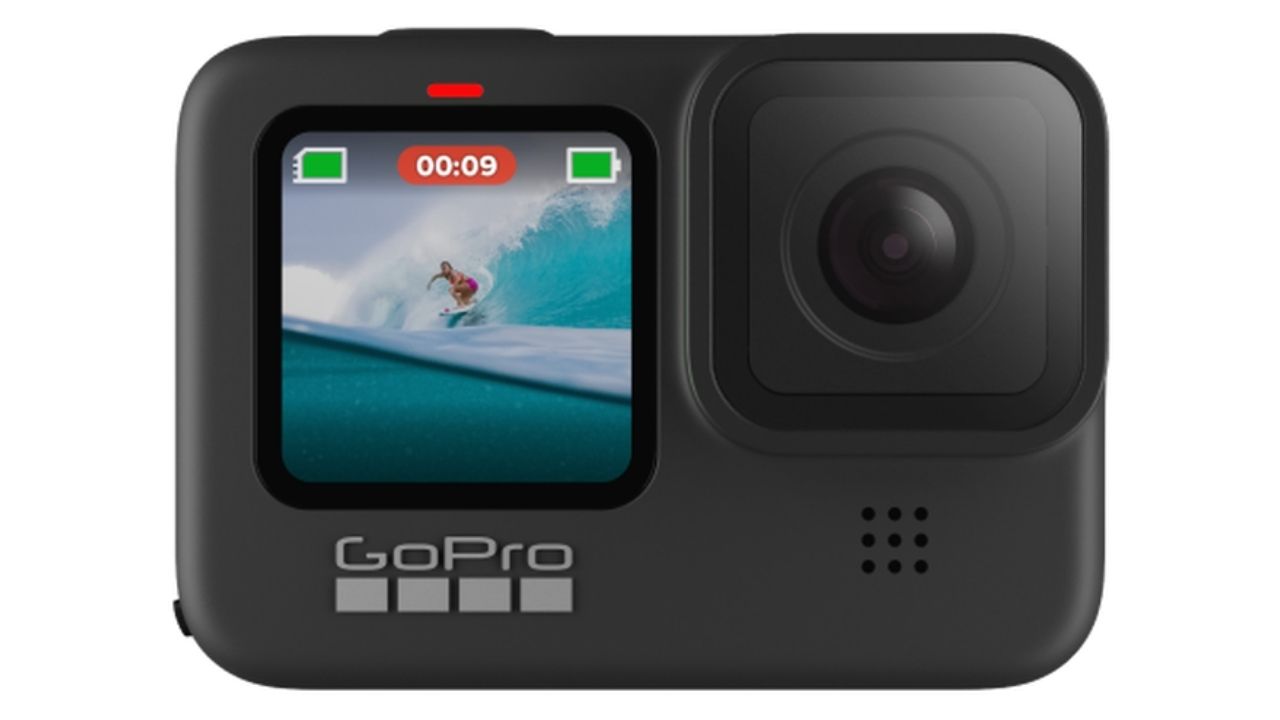 GoPro is a brand that is known for manufacturing high-quality cameras that can be used to film actions and thrill moments.

These cameras are extremely powerful and small. This size gives it a powerful advantage, as they’re built to record extreme moments.

After the invention of the first iPhone, GoPro has had to modify its marketing strategy to keep up with the changing market.

The result of this modification is seen in the number of views and engagement they have across all social media platforms.

The primary GoPro marketing strategy is displaying the powerful features of GoPro by showcasing user-generated content.

This content could be videos or photos of individuals using GoPro to record extreme sport or activity.

So, if you want to know how you can employ GoPro market strategy to your business, then continue reading.

GoPro is an American technology company founded by Nick Woodman. The company manufactures action cameras and develops its own mobile apps and video-editing software.

The story of the company dates back to 2001, with the emergence of mobile technology when Nick started working on its first prototypes.

There was no big vision to his first products. He just wanted to develop a wrist strap to tie up your camera to your arm in order to take unusual shots.

However, it didn’t continue this way for long. During his travel time, he realized that the strap wouldn’t make sales as he had envisioned.

He then thought to design a camera fit for action with a water proof covering that can be used everywhere.

The following years, Woodman worked on his first camera.

As time went on, Woodman was convinced by his friends to move digital. He jumped on the idea and released the Digital Hero in 2006.The camera could shoot in VGA but had no audio capability.

In 2007, GoPro released the Digital Hero # with video and audio.

RELATED ARTICLE: 10 Benefits Of A Personal SWOT Analysis (What, Why, How And When)

GoPro dominated the market of technology, having a camcorder that was fit for action.

However, things began to change in 2009, when Apple released the iPhone, the first public Smartphone with a built-in high-quality camera.

This release caused the camcorder market to begin to collapse.

However, in 2010, GoPro decided to switch its GoPro series to a high-end category type of camera. The new GoPro model will record at 1080p and will have a 127° wide-angle lens.

At the end of the year, they generated $64 million in revenue.

Since then, GoPro focused on developing the best high-end sport cameras to be used in any situation.

GoPro is a high-tech photo/video device that is designed to be used anywhere, from underwater to mountains to the sky. It lives by its tagline “the world’s most versatile camera.”

Imagine being able to take photos underwater, while riding a motorcycle, sky diving, mount climbing, or camping with the family. GoPro is the perfect product for any of those activities.

It’s user-generated content that easily showcases the power of the GoPro and the superior quality of its high definition video.

At the beginning, GoPro recruited athletes to perform complex tricks with the camera. Users become brand ambassadors by sharing their videos on the GoPro channel.

Gradually, users started to submit similar videos by themselves and GoPro shares the best content recorded with GoPro to their channel.

Right now, GoPro has over 10M subscribers on YouTube with a great engagement and high rate of shares.

How to Use a GoPro Marketing Strategy in Your Business

The brand’s mission of “enabling the world to capture and share its passions” has been with the company since its inception in 2013 and has been incorporated into its marketing strategies ever since.

Even now, GoPro, has taken a step further with this goal, to put the customer experience at the forefront of its strategies.

So, if you want to know how you can incorporate GoPro marketing strategy to your business here’s how.

GoPro constantly provides content for its users everywhere. On its main site, GoPro hosts video and photo content captured by customers with its cameras.

What differentiates this process from others is that it focuses on the content rather than the product.

GoPro believes that when you see reviews/videos from fellow users, you are more likely to purchase a product, than when you just see the product.

So, instead of using influencers/ambassadors that probably will not use your product off the camera and action, be like GoPro and use contents from your users.

After you have seen the video, there’s is a short and direct call-to-action that says “Get this Shot” which takes you to the eCommerce site where you can buy the product.

This process is strategic, direct and straightforward.

Previously, GoPro was associated with capturing moments of extreme sports by athletes. Now, it has expanded its reach and showcased the versatility of uses for its camera.

GoPro reaches out to its customers/users and requests videos to be uploaded to their channel. You can check out their YouTube channel to see for yourself.

In your case, it could be a review or a testimonial, or even a video. All of these helps to build trust in your customer, as they’d believe that you really care about them.

The GoPro team is skilled at creating content that appeals to their key customer personas .

It is a brand that knows its audience and produces relevant, shareable content that caters to them.

They are adept at using the internet to create meaningful connections with their fans and turning those fans into brand advocates.

So, create content for your targeted audience, not just everyone you see on the internet.

Your audience will appreciate your content more than a random person that just comes across it.

READ ALSO: How Much Money Should I Be Making: Personal Finance Strategy of 2022

One thing that got GoPro to where they are today is their ability to leverage social media.

Visual content is successful on social media and GoPro leveraged this knowledge. Also, their visuals are short and compelling instead of the usual longer and harder-to-digest written content.

All of this is a result of their visual content, and trust in the brand which was built over time.

You too can employ this strategy for your business. Instead of dull, long images, go for short and compelling visuals that will cause your audience to engage with your posts.

GoPro’s target market is very broad. Since it’s based on psychographic segmentation, GoPro attracts a variety of consumers.

The product is ideal for anyone who loves to save their memories.

More so, it offers products that range from cheap, expensive, large, small, freeze proof, waterproof to appeal to a variety of consumers.

So, if you want your business to move to the next stage, you need to identify your target market.

If it’s a specific market, or a combination of different markets. Identifying this, helps you know how to strategically position your products.

GoPro uses a multi-segment marketing strategy to divide its consumers by psychographics. This means that they try to look at the consumer how they see themselves.

GoPro uses social media reactions to categorize the consumer by their values such as family, animal lovers and thrill seekers.

Their product is constantly growing because it appeals to more than one person.

You too can incorporate this marketing strategy and see if it works for you. Segment your customers, and know how to develop contents that align with which of their interests.

READ ALSO: Money Management for Teens 101: How to Save Money as a Teenager in 2022

#7. Delivered with the Audience in Mind

The final GoPro marketing strategy you can employ is delivering your contents with your audience in mind.

Every good marketer knows that different social media channels have different audience, and consume content in a different way.

The brand’s board includes #GoProGirl which features women using GoPro cameras, Love which features images from GoPro used at weddings and lots more.

Understand these differences and implement them in your marketing strategy.

Gopro marketing strategy is one that can be modeled for your business as it centers on putting customer experiences first.

Discover which strategy is best for your business and use it to get maximum results.