Many of us have wondered what it takes to keep an aircraft afloat while high above the ground. As a pilot, the professional’s responsibility is to ensure the safety of passengers and crew.

This high level of responsibility requires professionalism and high-level skills; both characteristics are highly sought after by airlines. The salaries for these airline employees are exceptional if one meets the minimum threshold to qualify.

Every individual strives to work for the best companies in their field. Many airlines have been outspoken competitors in a competitive market. But it still begs the question.

Is becoming a flight attendant a good career choice?

O yes! Flight attendants are among the most sought-after professionals in the world.

There are a lot of benefits to choosing this career path. Among the benefits of being a flight attendant include having the opportunity to travel the world, explore new places and get to know new cultures.

As a result of this job, your horizons will be broadened to the maximum, and your communication skills will improve dramatically.

Do flight attendants get paid well?

In the coming decade, occupational growth is expected to reach 10%, which is much higher than average compared with other U.S. occupations.

The demand for this profession may be on the rise as air travel becomes more popular and more accessible.

In general, many predict that an increase in demand will result in higher salaries for flight attendants.

How to become a flight attendant (A Step by Step guide)

An airline’s flight attendants must be certified by the Federal Aviation Administration (FAA) and receive training from their employer.

The minimum educational requirement for flight attendants is a high school diploma or its equivalent and work experience in customer service.

The applicant must be at least 18 years old, have a valid passport, be eligible to work in the United States, and pass a background check and drug test.

In addition, they must have a vision that can be corrected to at least 20/40 and often have to meet airline height requirements. A medical evaluation may also be required for flight attendants.

The flight attendant should have a professional appearance, free of tattoos, piercings, and unusual hair or makeup.

To become a flight attendant, you typically need a high school diploma.

Applicants with some college coursework may be preferred by some airlines. Some airline employees may need to be fluent in a foreign language. Many flight attendants enroll in aviation academies.

To become FAA-certified, pilots must train at the airline’s flight training center.

The airline provides flight attendants with their initial training, which typically lasts between 3 and 6 weeks.

As part of the training, trainees learn emergency procedures such as evacuating aircraft, using emergency equipment, and administering first aid.

Further training is given for company operations, flight regulations, and job responsibilities.

After they have completed their training, the students take part in practice flights. Getting hired by the airline requires them to complete training.

Flight attendants are issued a Certificate of Demonstrated Proficiency by the FAA after passing initial training and continue to receive on-the-job training as required by their employer.

3. Work Experience in a Related field for Flight Attendants

Before becoming a flight attendant, employees typically need to have 1 or 2 years of service experience.

This experience that includes customer service at restaurants, hotels, and resorts can be helpful.

A well-rounded understanding of customer service skills developed through experience in sales or in positions that provide close contact with the public can also prove beneficial to success as a flight attendant.

FAA certification is required for all flight attendants. Certification is earned after completing an employer’s training program and passing an exam.

Flight attendants are certified to work on specific aircraft types and must undergo specialized training for each type of aircraft they operate.

A recurrent training program is also offered every year to maintain the certification of attendants.

How Much do Flight Attendants Make a Year?

Unfortunately, there is no straightforward answer to this question. There are way too many variables involved. How much flight attendants make is subject to a number of factors. However, I will go over these with you.

The fact is, some people will earn more than others – I know a friend who earns $64,000 per year in private jet aviation – while others will earn less than $10,000. Those working for low-cost Hungarian airlines, for example, satisfy the latter.

Regardless of how you start working for an airline, you can only estimate your earnings each month depending on how many flights you take.

Now let’s get right into the highest paying airlines for flight attendants.

5 Best Airlines to Work for as a Flight Attendant

If you have chosen to be a flight attendant and you are in search of the best airline to work for as one, consider this list below:

Which airline has the highest paid Flight Attendant?

With an average annual pay of $43, 460, American airline has the highest paid flight attendants.

What is Emirates Flight Attendant Salary?

Emirates flight attendant salary ranges from $36, 000 to $53, 000 annually. It includes base salary, flight hours, and a layover payment.

How Much is Delta Flight Attendant Salary?

In their late career, Delta flight attendants earn an average of $118, 000 per year. A fair sum to appreciate their dedication to service.

Below is a list of the 15 highest paying airlines for flight attendants in the United States, along with their salary and additional payment information.

This shows just how rewarding it is to work at Alaskan Airlines. Their most senior flight attendants are paid very well.

As part of their employee programs, Alaska Airlines also pays bonuses, commissions, and profit-sharing for their flight attendants.

On average, these forms of pay amount to $3,400 annually.

Our survey shows United Airlines pays their flight attendants the highest salaries compared to any other airline. The airline offers excellent promotion opportunities for flight attendants with experience and a love of their profession.

Furthermore, United Airlines has programs in place to pay their flight attendants bonuses, commissions, and profit-sharing. The additional forms of pay average $5,200 per year.

Additionally, this is a good program for flight attendants to make extra money on top of their regular salaries.

Flight attendants with vast experience (top 10%) can expect to earn an average income of $86,000 annually, while novices can expect an annual income of less than $30,000.

Besides bonuses and commissions, American Airlines also offers profit sharing and bonus programs for its flight attendants. The additional forms of pay average $2,825 per year.

This is the starting salary. However, more senior flight attendants can make upwards of $100,000.

At Delta Airlines, flight attendants earn an average salary of $40,236 annually. However, as they stay with Delta longer, they gain seniority.

The rate of pay per hour increases each year considerably. Delta Airlines’ senior flight attendants can earn over $118,000.

The salary includes standard flight hour pay as well as many other additional forms of monetary compensation, including per diem (food allowances during certain layovers), international flights, cabin manager, holidays, language, and more.

As part of their career development programs, Hawaiian Airlines offers its flight attendants bonuses, commissions, and profit-sharing as well.

These additional forms of payment average $2,500 a year.

In addition to the salary, layover payments include flight hours and flight base salaries.

The most experienced (top 10%) earn an average salary of $71,000 each year while beginning flight attendants earn under $26,000. The airline does offer its flight attendants bonus programs, commissions, and profit-sharing.

On average, these additional forms of payment totals $2,825 per year.

Flight attendants at WestJet Airlines earn an average salary of $35,000 per year.

They also offer bonuses, commissions, and profit-sharing for their flight attendants, which amounts to the average pay of $2,825 per year.

Flight attendants with the most experience (top 10%) can expect to earn $45,000 on average per year, while beginners can expect an average payment of under $27,000.

RELATED:  25 New quotes about strength and Agility in 2022

Spirit airlines pay its flight attendants an average salary of $39,000 per year.

Flight attendants with extensive experience can expect an average salary of $68,000 per year, while beginners can expect to make only $25,000 per year.

The airline also has a reputation for having among the most satisfied employees of any airline.

Additionally, Southwest Airlines has a program in place that pays bonuses, commissions, and profit-sharing to their flight attendants, which amount to an average of $4,800 per year.

It is one of the best programs in the industry for extra pay.

Air Canada also has a program for paying its flight attendants bonuses, commissions, and profit-sharing, which averages to $2,825 per year.

Air Canada pays less than some of the bigger airlines like many smaller airlines. In spite of this, it has a great reputation when it comes to the treatment of employees.

Becoming a Flight Attendant is a huge deal.

The difference isn’t in the job itself because they are all the same; it’s in which airline you chose to build your career. A reputation built by seniority is the cornerstone of this industry, so choose wisely.

Each one of us has our wants and needs.

Take into account all options and decide what’s of most significant importance to you. By doing so, it will guide you to the airline that best suits your needs. You can then begin to apply!

The right company is the key to making this career successful.

Who is the highest paying flight attendant?

How hard is it to become a flight attendant?

The process can be time-consuming and challenging. The hiring process for airlines can take 3-6 months if your resume makes it through the first round. Competition is fierce. There are nearly 1 million applications to fill 5,000 – 10,000 flight attendant jobs.

How are flight attendants paid?

An attendant’s hourly rate is generally calculated from the time the aircraft door closes until the time it is reopened (often called “block time”). The average hourly rate of a flight attendant with a major airline is $25-30, and it varies according to how long they have been with the company.

What are the perks of being a flight attendant?

How many hours do flight attendants work weekly?

Most attendants are usually limited to working 12 hours shifts, but some are allowed to work 14-hour shifts. Those working on international flights are usually permitted to work longer shifts. Attendants usually spend 65-90 hours in the air and 50 hours preparing planes for passengers monthly.

Ibotta vs Rakuten: This Is Why I Chose One Over the Other 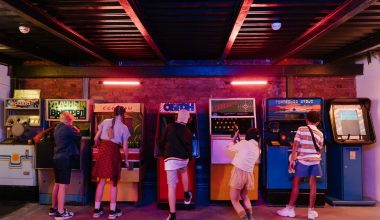 Read More
TTips
Spending time with friends is a noble thing to do; it strengthens the bond and enlivens the relationship.… 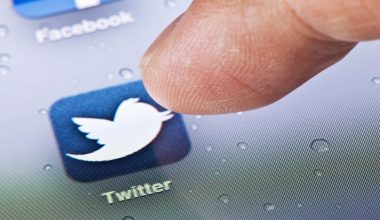 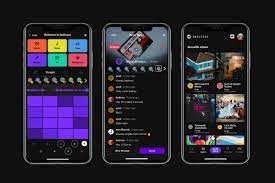 Read More
TTips
In recent times, the music industry has experienced a rapid change, and yes technology did make things a… 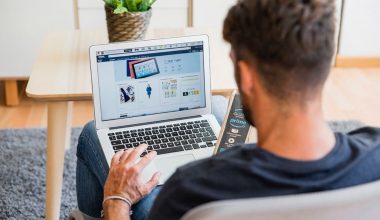 Read More
TTips
For a long time, Amazon has been one of the best online bookselling platforms, but you can buy… 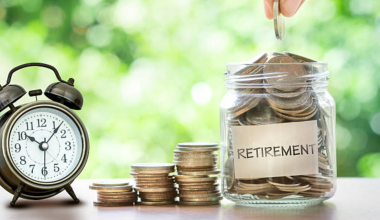 Read More
RRetirement
So, you’re making your retirement plans and you’re wondering how much money you need for retirement. Here is… 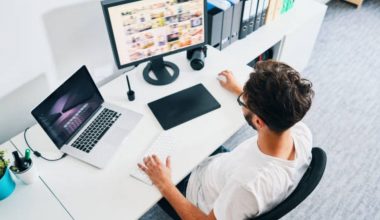 Read More
TTips
Video editing is both a skill and a passion. A great video editing software makes it all fun.…