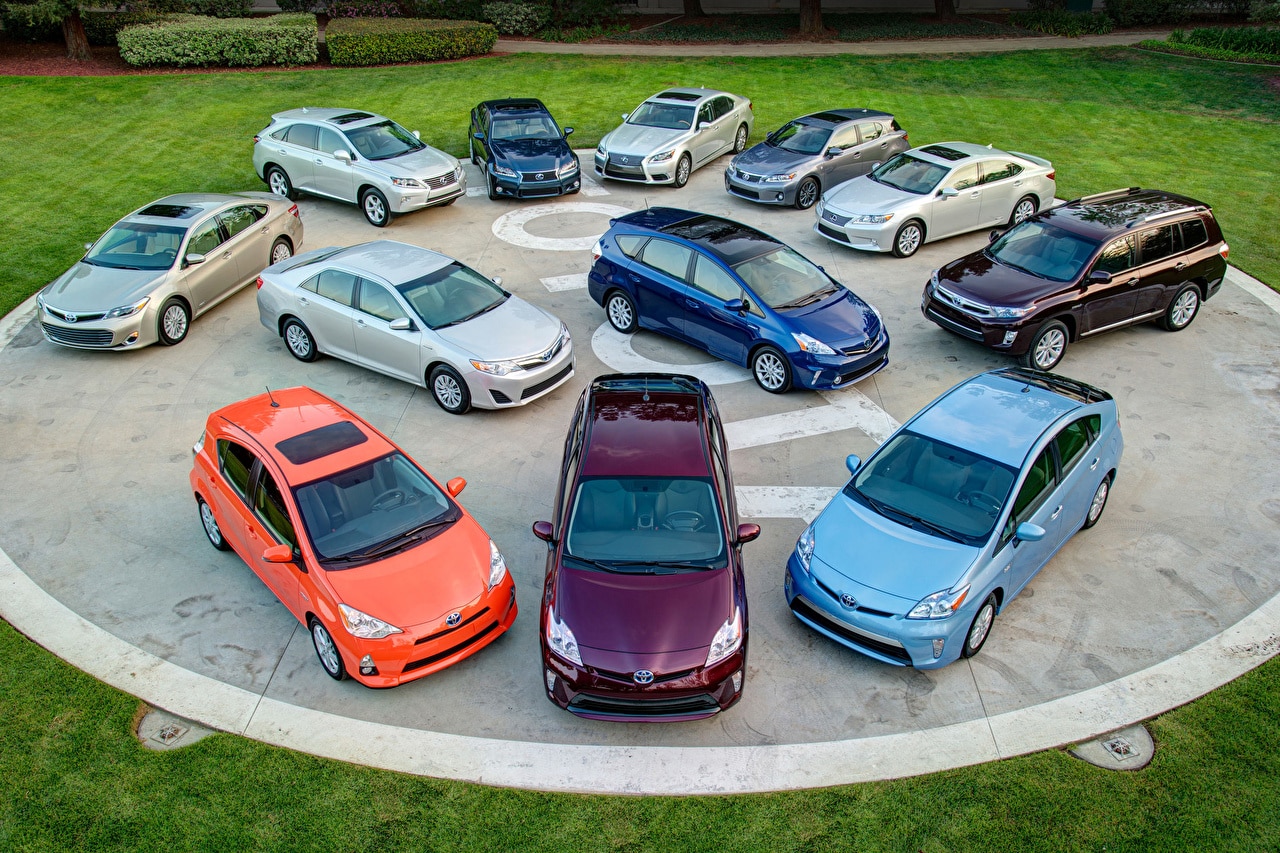 Those were Anderson’s words when quizzed about the luxurious ride his family rode to their recent picnic. Anderson came from a humble background and has always dreamt of making his family enjoy the comfortability he could not enjoy as a kid. He finished college and started his own business.

It was tough, but he kept pushing on as he has a dream to achieve.  22years later, Anderson and his two boys Daniel and John with their mother Elizabeth are on their way to the family picnic ground.

Daniel and John are seated on the rear multiheaded leather seats with armrest where they are preoccupied with watching their favorite movie on the personalized DVD entertainment set. Right above them is the moonroof that allows them to be in contact with nature; they can see the sky, star, and the moon during their night journey.

The ride is cruising effortlessly in rugged terrain as the car was made to go to where other cars cannot go. Anderson is also enjoying himself at the driver seat as he is one with his smart automobile with detection collision technology, an eagle-eyed camera view of his surrounding, an off-the-route alert system among others.

Elizabeth is enjoying the ride on her robust leather seat just beside her husband. He simply cannot conceal the joy and comfortability he gets from his Toyota Land cruiser LC150 series.

Toyota is the global market leader in sales of hybrid electric vehicles, and one of the largest companies to encourage the mass-market adoption of hybrid vehicles across the globe.

Its Prius family is the world’s top-selling hybrid nameplate with over 6 million units sold worldwide as of January 2017. Kiichiro Toyoda found the company in 1937, as a spinoff from his father’s company Toyota Industries, to manufacture automobiles.

Three years earlier, in 1934, while still a department of Toyota Industries, it developed its first product, the Type A engine, and its first passenger car in 1936, the Toyota AA.

Toyota was the world’s first automobile manufacturer to produce over 10 million vehicles per year, which it has done since 2012 when it also reported the production of its 200 millionth vehicle.

As of July 2014, Toyota was the largest listed company in Japan by market capitalization (worth more than twice as much as number 2-ranked SoftBank) and by revenue

How Many Brands Does Toyota Have?

They also have joint ventures with two in China (GAC Toyota and Sichuan FAW Toyota Motor), one in India (Toyota Kirloskar), one in the Czech Republic (TPCA), one in the United States (MTMUS), along with several “nonautomotive” companies.

What is Toyota Luxury Car?

A luxury car is a car that provides increased levels of comfort, equipment, amenities, quality, performance, and status relative to regular cars for an increased price.

The term is subjective and reflects both the qualities of the car and the brand image of its manufacturer. Luxury brands rank above premium brands, though there is no fixed demarcation between the two.

What Is The Luxury Brand of Toyota?

Lexus is the luxury vehicle division of the Japanese automaker Toyota. The Lexus brand is marketed in over 70 countries and territories worldwide and is Japan’s largest-selling make of premium cars.

It has ranked among the 10 largest Japanese global brands in market value.

Which Toyota Cars Are More Expensive?

Toyota cars have prices in the range of tens of thousands. The highest within the $90,000 price. Toyota offers expensive cars ranging from hybrids to, hydrogen-fueled and among others.

They have the land cruiser as the most expensive of the sort. Expensive others include Mirai, Sequoia, Tundra, Venza, Avalon, and others. Below are the 10 most expensive Toyota cars; starting from the lowest on the list;

Say hello to RAV4 Prime the most powerful RAV4 yet, with 302 combined net horsepower. This sporty SUV is ready to devour wide-open stretches of highway, conquer your favorite mountain road and take on everything in between.

Standard AWD offers the stability you want to help power through slippery surfaces, rough roads, or your favorite set of corners. And with its advanced plug-in hybrid power train and EV-only capability, RAV4 Prime is as intelligent as it is stunning.

Give every day new meaning. From here on out, every mile is what you make of it. Follow your aspirations in the 2022 Toyota Avalon, and never look back. Its low, wide stance and flowing roofline give it a sleek silhouette, while strong character lines add definition to its shape.

It’s a new level of refinement, and it’s ready to face tomorrow head-on. By taking advantage of the Toyota New Global Architecture (TNGA) platform, Avalon delivers a higher level of both handling and ride comfort.

Inside, the inherent space of the cabin gives it the exceptional rear shoulder, knee, and headroom you’ve come to expect from Toyota’s flagship sedan. Avalon is the 9th most expensive Toyota cars at $35, 875 – $43,300.

Epic made possible. The 2022 Tacoma makes your off-road, off-grid adventures possible. Built from the same tough material that’s made Toyota trucks legendary, Tacoma brings capability, tech, and confidence to your outdoor adventures. So, gear up, get in, and get ready to start your next epic adventure.

Equipped with an available 3.5-liter V6, which includes a standard Tow Package, Tacoma can tow up to 6800 lbs. The 4-/7-pin connector sits cleanly inside the three-piece bumper, helping you haul your gear out without hitting any snags. Tacoma leaves limits in the dust. $29,225 – $46,780.

Everything starts with you. When you’re the one who holds everyone and everything together, rest assured that the 2022 Toyota Highlander is ready to take on whatever you’ve got.

Whether you choose the powerful gas variant or fuel-efficient hybrid, it’s refined styling, comfort, and safety features will help take your drives to the next level. Highlander is ready to elevate every moment with its plush, modern interior.

Upfront, an available 12.3-in. touchscreen display gives you access to a variety of its systems with an intuitive touch. Even the center console features available compatible wireless smartphone charging4 to bring more convenience to your drive. Its price is $34,810 – $50,315 making them the 7th most expensive Toyota car.

Take on the untamable. For over 35 years, 4Runner has delivered a ride that’s smooth in the city — but its true home is off-road. Built to handle almost any terrain,1 the Toyota 2022 4Runner continues to help you get in touch with your wild side. Gear up and let the adventures begin.

Locking Rear Differential To help you negotiate uncertain terrain, 4Runner’s available electronically controlled locking rear differential distributes engine power evenly to both rear wheels, so they move at the same speed, even if one is off the ground.

Rugged, yet refined. Looking its best with a fresh coat of mud, 4Runner’s trail-ready toughness and innovative style have made it an off-road icon. A 4 Runner costs $36,340 – $50 470, sixth most expensive Toyota cars.

Built to work. Born to play. Toyota trucks have come to define the word “tough,” and the 2022cToyota Tundra is no exception. With a powerful 5.7-liter V8 and overbuilt drivetrain, Tundras are built to haul.

Whether you’re carrying lumber to the worksite or blasting through sand dunes, there’s a Tundra built just for you. To say Tundra can tow is an understatement, with features like staggered, outboard-mounted shocks and a standard Tow Package, Tundra has been SAE J2807-rated since 2010 — adopting the standard tow ratings as set by the Society of Automotive Engineers (SAE).

Available 10,200-lb. towing capacity. With the optimal blend of functionality and comfort, Tundra’s spacious cabin gives you and your crew plenty of room to stretch out.

An intuitive control layout puts what you need right where you need it, and available dual-zone climate control helps ensure that everyone stays comfortable, no matter the ride. A Tundra costs within the range of $36,725 – 53,050 making them the fifth among the most expensive Toyota cars.

GR Supra 2.0 is the first-ever Supra to feature a powerful turbocharged 2.0-liter inline-four and with its 255 horsepower36 and 295 lb.-ft. of torque, this engine packs a serious punch. But that’s not all: A unique cat-back exhaust has been tuned to match the specific performance characteristics of this turbocharged powerplant.

A sports car should be captivating, with a design that feels as alluring as it does powerful. A true apex predator. Engine upfront. Power to the back. It’s a tried-and-true formula, and it is key to the feeling of GR Supra.GR Supra is the 4th most expensive toyota cars at $42,990 – $54,795.

Innovation is power. The 2022 Toyota Mirai’s all-new sleek design is as innovative as its engineering. Lower, longer, and wider, Mirai’s aerodynamic stance and premium rear-wheel-drive platform deliver an exciting ride. And inside, its luxurious and tech-focused cabin seats five comfortably.

All Mirai needs is around five minutes at the hydrogen pump to refuel and you’re ready to hit the road in style. LED taillights Mirai’s taillight design is nothing short of iconic. Made up of energy-efficient and durable LED bulbs, these taillights shine bright for enhanced road safety at night.

It uses four cameras, one on each side of the vehicle, to display a bird’s-eye view onto the touchscreen display. Mirai is priced at $ 49,500 – $60,000 making it one of the most expensive Toyota cars

RELATED:  The Most Expensive Cars To Maintain In 2022

Let the full-size adventures begin. As your family grows, so do your adventures. There are countless new places to explore, experiences to share, and memories to create.

That’s where the 2022 Toyota Sequoia comes into play. With a spacious interior that can seat up to eight and a powerful 5.7L V8 engine, everyone and everything can come along for the ride.

Let more of the outside in with Sequoia’s standard one-touch tilt/slide power moonroof with a sliding sunshade. Open it up for some fresh air, brighten up the interior or admire the stars above.

It’s the little things that make the adventure more fun. Rear-seat entertainment system Keeps everyone entertained by allowing rear-seat passengers to watch movies, play video games, listen to music, and more. Sequoia has the strength you need to get your family and their gear well beyond city limits.

With its fully boxed frame, 381-hp 5.7L V8 engine, and TOW/HAUL transmission mode, this SUV can tow up to 7400 lbs. Adaptive suspension Maintaining ride height is important when the vehicle is carrying many passengers or a lot of cargo weight.

That’s why Sequoia’s Platinum model features rear pneumatic cylinder height-controlled suspension — allowing you to adjust ride height to compensate for changes in load. At $50,100 – $69,375, the Sequoias are the second most expensive Toyota cars.

Elevate your status, figuratively and literally. The ultimate expression of luxury and capability, the 2022 Toyota Land Cruiser is ready to make an impression wherever you go. Land Cruiser is the most expensive Toyota car in 2022 with variations including LC 70, LC 90, LC 120, AND LC 150.

A powerful 381-hp V8 and legendary off-road1 prowess help you tackle some of the toughest terrains, while inside, spacious heated and ventilated perforated leather-trimmed front seats let you enjoy it all in comfort.

It has Multi-Terrain Select (MTS); an innovative system that helps control wheelspin and brake lockup to optimize driving performance over five of the most common off-road surfaces: Rock, Rock & Dirt, Mogul, Loose Rock, and Mud & Sand. Land cruisers can go to where most cars cannot go.

It offers up to eight seats with a personalized entertainment system for rear passengers. Land Cruiser’s power moonroof lets you enjoy everything from a cool breeze to a breathtaking view of the night sky.

It also has comprehensive create in the moment safety designed to help protect you and your passengers which include pre-collision with pedestrian, dynamic radar cruise control, lane departure alert, and high automatic beams. Land cruisers are priced within the range of $85,515 – $87,845 making them the most expensive Toyota cars.

In conclusion, Toyota company has been buying millions of automobiles since its automobile inception and they have a very large market share.

Through several years of experience, they now lead the pack when it comes to producing vehicles that meet your needs; in luxury, comfort, and at work.