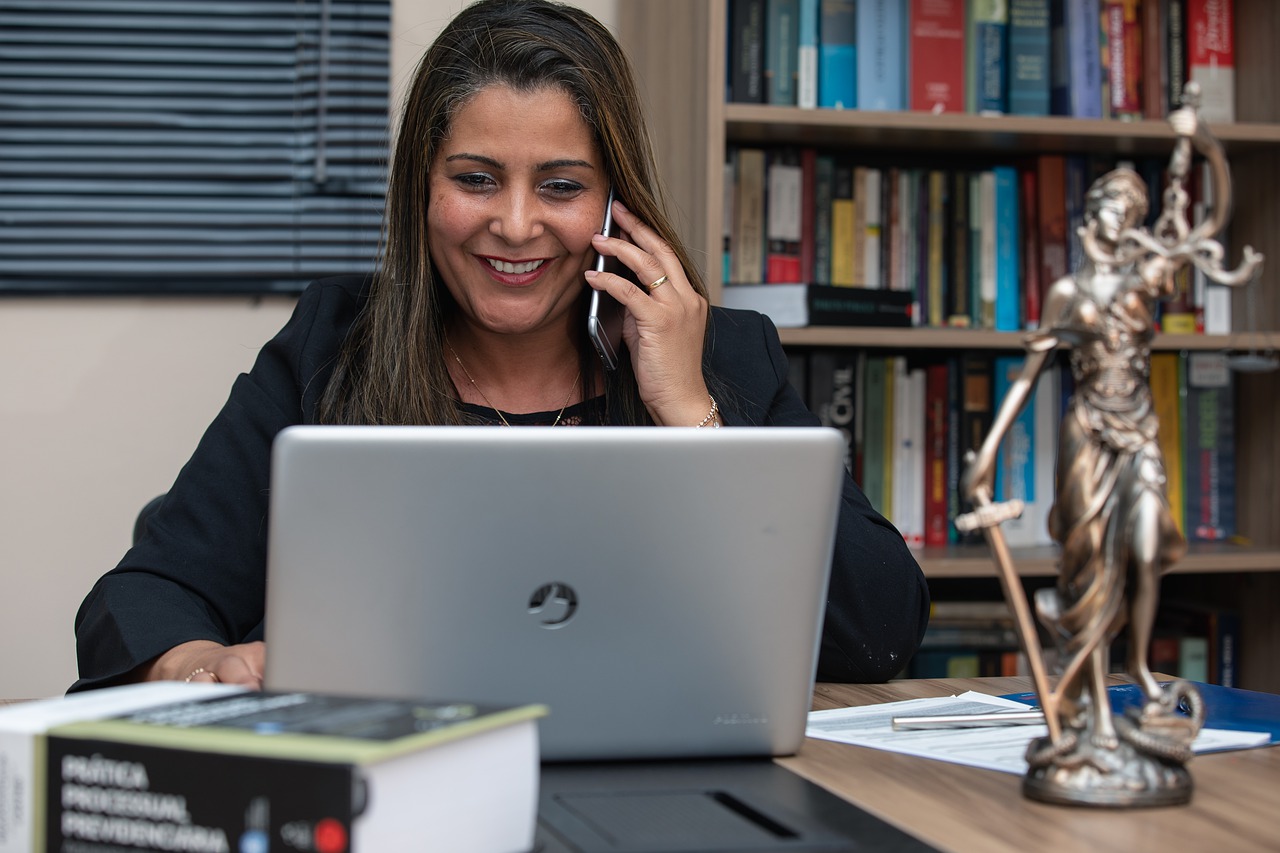 The ultimate goal of parents is to look out for their child’s interests. During a divorce or legal separation, you’ll need a child custody lawyer to write or modify a custody arrangement that reflects your child’s best interests and requirements.

A child custody lawyer will help you with the paperwork, represent you in court, conduct investigations, design and file petitions, prepare you for court, and negotiate child support payments.

While hiring a child custody lawyer is crucial, you also need to know that it’ll come with a price. There are a lot of factors to consider when it comes to your children, and it can be not easy to know what is best.

If you’re thinking of hiring a child custody lawyer but want to know more, why you need one, and how much it will cost, then this piece is for you.

In this article, we discussed who a child custody lawyer is, the elements that influence hiring an attorney, and the cost.

Who Is A Child Custody Lawyer?

Child custody lawyers, often regarded as “family law attorneys,” are legal practitioners in charge of counseling and assisting clients in all situations concerning child custody. Their job is to advocate for their clients to draft or alter a custody arrangement that reflects the best interests and needs of the child.

A child custody lawyer offers a wide range of family law services, including:

A child custody lawyer advises clients through the paperwork, represents them during mediation or in court, creates and files petitions, performs investigations, prepares clients for court, and negotiates child support payments.

Why Should You Hire A Child Custody Lawyer?

Will Rogers said, “People are getting smarter nowadays; they are letting lawyers, instead of their conscience, be their guide.”

Child custody cases are frequently complex, emotionally intense, and necessitate a thorough understanding of various facets of family law. As a result, a skilled and experienced child custody attorney will be crucial in the case.

A skilled child custody attorney can assist you in understanding your rights and options, preparing your custody claim, and representing you in court.

They may also be able to reach an agreement with the other parent, avoiding the need for lengthy litigation.

If you’re dealing with a difficult custody situation and the safety of your children is in danger you’ll need to hire a child custody lawyer.

What Are The Factors That Impact The Cost of a Child Custody Lawyer?

Attorney fees account for a major amount of the expenses associated with child custody issues, but other factors also add to the overall cost of the case.

In most cases, the following factors will be considered:

Obviously, uncontested child custody disputes will be less expensive to resolve than contentious cases. This is one of the most important factors in determining how economical the dispute will be.

Suppose one side is adamant about obtaining sole custody and refuses to compromise or collaborate, the issue will be resolved through depositions, filing motions, excessive court time, and the hiring of child psychologists and other experts.

Every child custody lawyer determines their fees, and each party is accountable for their legal fees.

Some circumstances necessitate the involvement of a specialist or expert witness, such as a child psychologist. Even if the disagreement is amicable, the parties must undergo a custody review.

Tests, interviews, and expert observations are all part of a custody examination, costing anywhere from $1,500 to $6,000.

Miscellaneous fees can easily mount up.

An example is the estimated $30 required to pay the sheriff or a third-party process server to serve the other party.

Other documents that must be filed with the court might range in price from one dollar to $300. All of these small changes add up to a pricey procedure.

What are the factors to Consider Before Hiring a Child Custody Lawyer?

If you’re unsure whether or not to hire a child custody lawyer, consider the following important points:

The most important factor to consider when determining whether or not to engage a child custody attorney is your financial means.

Depending on several criteria, the cost of a child custody lawyer might be fairly high. The number of hours it may take to decide the issue, and the state you live in are considerations.

As a result, it’s better to question your lawyer about the expected fees upfront.

In dealing with your child custody issue, you may be eligible for low-cost representation through the family court, or you can choose an alternative dispute resolution.

The Complication of Your Case

If you’re dealing with a difficult custody dispute and are unsure about defending yourself, you should hire a child custody lawyer. They can assist you with difficult family law matters.

Apart from a child custody attorney, you can also hire a nanny to take care of the kids while at work. See the Highest Paid Nannies In The USA | Best Countries

As much as possible, hire a child custody lawyer with sufficient experience dealing with similar difficulties. Don’t be afraid to inquire about references.

Note that this case is perhaps the most critical case you’ll ever confront in your life. So, you have all the rights to check the attorney’s reputation before engaging them.

How Much Does It Cost For A Child Custody Lawyer?

The lawyer’s expertise, established reputation, difficulty and potential uniqueness of your case, and other charges involved, such as court fees and overhead costs, determine the cost of hiring a child custody lawyer.

Generally, attorneys charge per hour with rates ranging between $100 to $450 per hour. But the average cost for a child custody lawyer is between $1200 and $4500.

When filing a court lawsuit, you must pay a filing fee. However, if you can’t afford the filing fees, you can fill out a waiver at the district clerk’s office to determine if you qualify for a fee exemption.

The costs of child custody fights are mostly determined by the parties’ cooperation and the lawyer’s fee structure.

The following are examples of common fees and agreements used in child custody cases:

This is the cost of your initial consultation, during which you and the child custody lawyer decide whether or not they can take your case.

Some attorneys charge this fee, while others do not, so verify with each prospective attorney before scheduling a consultation.

A flat-free agreement is usually only offered if the matter is uncomplicated and simple. This charge is precise and total. The most frequent fee structure is an hourly fee agreement.

Some child custody lawyers charge varying hourly rates depending on the sort of work they conduct, for example, one rate for legal research and another for a court appearance.

If an attorney refers you to another attorney, they may ask for a percentage of the total amount you’ll be paying for the case as a referral fee.

A retainer is simply a down payment on the legal services you will receive. It’s similar to having your attorney on call.

An amount of money is put into an account, usually based on the attorney’s hourly rate, and it is removed as charges are incurred.

Child custody lawyers typically charge a flat fee or an hourly rate. A typical flat cost for a child custody case will range between $3,000 and $20,000.

On the other hand, a cheap rate is not always indicative of the quality of legal counsel you will receive. These fees are calculated based on the amount of work an attorney anticipates putting into the case as well as the case’s difficulty.

Suppose the parties cannot agree on visitation or custody structures, one party is attempting to relocate the child to another state, an attorney may charge an hourly rate if there are any other issues.

Frequently Asked Questions About The Cost For a Child Custody Lawyer

Child custody agreements lay out the rules for how each parent shares custody of their children. Many custody agreements also cover child maintenance and whether or not third parties, such as grandparents, can take over care if one or both parents die.

In most child custody cases, each party is responsible for paying their legal bills as well as the costs of the case.

However, most courts make exceptions to this general rule in cases where it is demonstrated that there is a significant disparity in the two parties’ financial circumstances, such as when one party cannot afford legal representation.

Some child custody is more complicated than others and can result in lengthy and costly court fights.

Here are some factors that make a child custody case complex:

The child’s age, gender, characteristics, and the background will influence judges’ decisions. The judge or magistrate will want to make sure the child is safe and that the parent can meet the child’s requirements.

Consider the following to assist ensure you pick the finest child custody lawyer for your case:

Final Thought On Cost To Hire A Child Custody Lawyer

“Lawyers are operators of toll bridges which anyone in search of justice must pass.” — Jane Bryant Quinn

Since biological parents have the right to seek legal or physical custody of their children and child visitation, whether or not they were married at the time of the kid’s birth.

As a result, a skilled and experienced child custody attorney will be crucial in the case.

A child custody lawyer will help you with the paperwork, represent you in court, conduct investigations, design, file petitions, and negotiate child support payments.

The lawyer’s expertise, established reputation, difficulty and potential uniqueness of your case, and other charges involved are all factors that determine the cost of hiring a child custody lawyer.

We hope this article has shown you the cost of hiring a child custody lawyer.