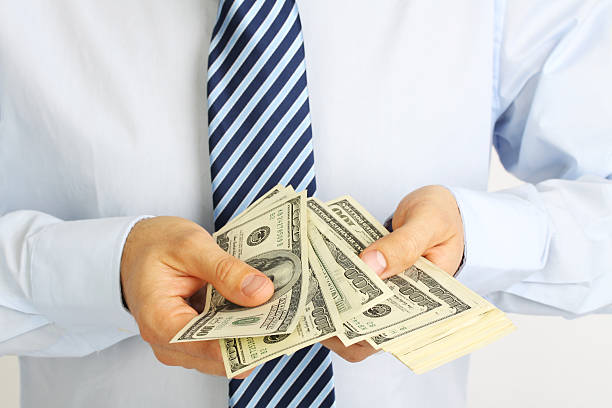 Money makes the world go round – this is something everyone agrees with. It is a proven fact your wealth often dictates how much influence you have.

To have enough influence, you need to build up wealth, but to be a billionaire, you have to be a millionaire first.

This implies that you are a self-made billionaire, and that, as much as it has become easier now, is still very difficult to come by. This raises the question: how billionaires make their first million. Read on to find out.

How many Billionaires are there in the World?

Forbes estimates about 2,755 billionaires in the world as of April 2021. These billionaires are from different backgrounds, countries, and industries. The last year birthed arrivals of more than 500 new billionaires.

It has never been clearer that variety makes life spicy. Together the world billionaires are worth a whooping sum of around $13 trillion. (Dolan, 2021)

How do I become a Millionaire with no Money?

This question is on a lot of minds especially if you haven’t been born with a silver spoon. Where do you start from? How do billionaires make their first million? Well, over the years and with the rise of a lot of self-made billionaires, it worthy of note that working hard is imperative but working smart is better.

A brainchild is your surest bet. Innovating or inventing something that works. It doesn’t necessarily have to be something flashy or unheard of before now. It does have to be fresh, different, and creative.

Investing is another way to go about making your first million. If you take a page from Ronald Read’s book, you can acquire substantial wealth from meagre means. He was able to amass wealth by investing the limited incomes from his employments in equities.

Starting a business is no small feat. Starting one with little or no capital is harder but Nigeria’s Aliko Dangote built up his empire with money he borrowed from his uncle.

Whatever path you tread, perseverance, hard work, and patience are key parts to being successful. Nobody made a million be staying static, so stay curious, learn, unlearn and keep moving. (Investopedia, 2021)

Who is the Youngest Millionaire in the World?

His money comes from having a 50% stake in his father’s drugstore.

CRÈME DE LA CRÈME: How Billionaires made their First Million

Francoise is the richest woman in the world with a net worth of approximately $80 billion (Forbes, 2021). She’s taken over the title and L’Oreal after her mother Lillian Bettencourt’s death.

It would be safe to say Francoise was born rich as she’s always had shares of L’Oreal in her name. She is also an author with at least two books to her name.

Ortega is a billionaire who made his first million more likely than not, selling bathrobes (Orwig, 2021). He was the chairman of Inditex, Zara’s parent company before he stepped down in 2011.

Today, he is worth approximately $82.1 Billion (Forbes, 2021). He has come a long way from his humble beginnings as an assistant and delivery boy for a Men’s shirt store.

You wouldn’t know if you met him though. Suffice to say Armancio is a self-made man with a simplistic outlook on life as he tends to stay far away from the spotlight. In his words, “In the street, I only want to be recognized by my family, my friends, and people I work with.” (Forbes, 2021)

Brin got his Masters from the University of Standford after bagging his Bachelors at 19. Today He is one of the richest people in the world. He made his fortune by co-founding Google with Larry Page who he met at Standford (Britannica, 2020). Brin made his first million from investors in 1988 (Britannica, 2020).

Larry Page is an individual with a lot of ideas that he hasn’t been afraid to work out. He’s the co-founder of Google and made his first million in much the same way as Sergey Brin at 25.

At 30, Page was a billionaire thanks to Google’s IPO (Elkins, 2016). He has shown immense interest in environmental sustainability.

He’s also worth approximately $100 Billion (Bloomberg Billionaire Index, 2021). You would agree that birds of a feather do flock together.

RELATED:  What Is Strategic Financial Planning? Definition And Overview

Ellison is one billionaire who is all for the spending lifestyle, unlike Amancio Ortega. From purchasing the better part of an Island to racing yachts (Kenton, 2021).

He is the founder of Oracle Incorporated, a company that closed in 2020 with a market value of approximately $172 billion. (Weinberger, 2018)

Ellison made his first million in 1986 from his company which he started with $2000. $1200 of those dollars from his pocket. (Weinberger, 2018) You would agree that for a two times college dropout, Ellison has done well for himself.

Warren is one man who doesn’t believe in putting all his eggs in one basket. In your quest regarding how billionaires made their first million, the CEO of Berkshire Hathaway is of particular interest.

He owns stakes in Apple, Bank of America, Visa. Coca-Cola et cetera. It’s no wonder he is regarded as one of the most successful investors in the world. He started investing even before he was a teenager (Forbes.com, 2021). He made his first million by merging several partnerships at the age of 30.

In 2010, he partnered with Bill Gates to launch the Giving Pledge which urges billionaires to give at least half their wealth to charity. April 2021 found Warren with approximately $104 billion (Bloomberg B. I., 2021).

You’ve probably heard the saying “Information is Power”. Well, this is especially true for Zuckerburg who has made his fortune from the social network app Facebook.

Zuckerburg became a millionaire at age 22 (Elkins, 2016). At 23, he became the youngest American billionaire a record that was previously held by Bill Gates. The company has continued to grow and today, Zuckerburg’s net worth is approximately $120.8 Billion. (Bloomberg Billionaire Index, 2021)

Bill Gates has consistently appeared on the list of the world’s wealthiest since the 90s. He.s made much of his wealth from Microsoft Inc. A Knight, decorated by Queen Elizabeth II in 2005.

Gates would appear to be a Knight in shining armor. He launched the Giving Pledge in 2010 alongside Warren Buffett, Melinda Gates, and many others. He’s known for his philanthropic ways especially via the Bill and Melinda Gates Foundation. He has a philanthropic score of 4 out of 5 according to Forbes (Forbes, Bill gates, 2021).

RELATED:  17 Cheap Alternatives To Hotels That Worth It | 2022 Updates

Arnault is a Frenchman of many talents. A businessman who collects art and also plays the piano. His investments also reflect his talents from Netflix to Princess Yachts. He got his start working for his father’s company Ferret-Savinel.

Musk is a self-acclaimed futurist who is trying to revolutionize transportation and not just on earth. You could say he is the real-life Tony Stark. Worth $182B, he’s the CEO and product designer in Tesla, Co-founder of Neuralink and Open AI, and founder of SpaceX. (Gregersen, 2020)

Musk’s first company was Zip2 which he co-founded with his brother. In 1999, Compaq acquired the company for $340 million and Musk got approximately $24million for his 7% share. (Blystone, 2021)

Bezos is best known as the founder of Amazon. He started Amazon in his garage selling books with funds from family (Biography.com, 2021). Since then the company has grown exponentially and so have his other ventures.

A lot of billionaires’ wealth has been on the rise despite the pandemic. An exemplary case is Jeff Bezos (the richest man in the world) as Amazon shares skyrocketed over the pandemic (Tikkanen, 2021).

Well, that’s how billionaires made their first million. It’s pretty clear from the 11 wealthiest people in the world that ideas are the real gold mines regardless of the industry. What path do you think could make you your first million?