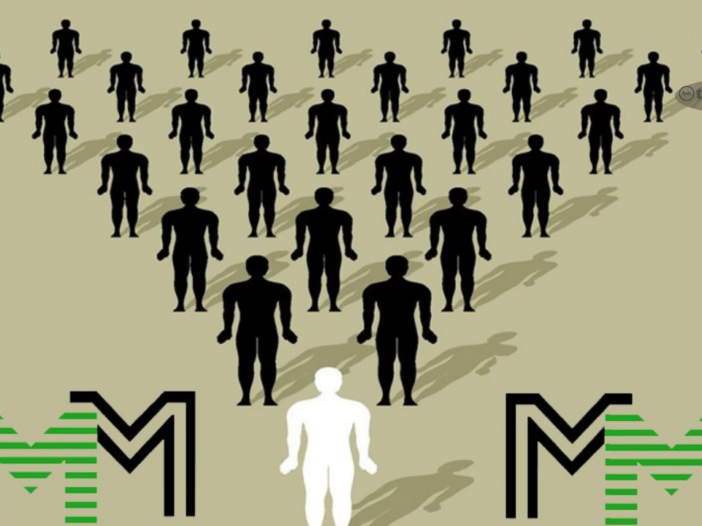 Who can remember forget what happened in December of 2016 with MMM Nigeria? Well, they are back with an even more ridiculous offer. Colour me surprised that Nigerians are still buying into the Ponzi scheme.

I was in the university when the craze for MMM Nigeria was at its peak. Almost everyone I knew was a part of it, however, I always felt the details of the process were a lot iffy, though most of my mates took the risks and “cashed out”.

I would walk into a group and keep hearing the “Have you GH-ed?” or “I want to PH.” Eventually, I came to understand what these terminologies meant while they kept making some more money.

The problem came in December when those accounts were “frozen”. It was a month after the resumption and they thought they could “invest” their fees and rents, double the money, pay for their needs and still have some good money left.

Most of these dreams were brought to an abrupt halt and a lot of them paid dearly for it.

Interestingly, with the various insinuations that this Ponzi scheme is back again, I can’t help but wonder why mmm would be back again in Nigeria?

What is MMM Nigeria?

MMM (Mavrodi Mondial Moneybox) is a joint-stock company that started in 1989 in Russia by three brothers – Sergei Mavrodi, Olga Melnikova, and Vyacheslav Mavrodi.

They are very well known for carrying out one of the biggest Ponzi schemes in the world, leaving about 40 million people short of over $10 billion.

In November 2015, MMM introduced a Nigerian website, that promised a 30% profit per month. MMM Nigeria leveraged on the poverty and poor government regulation to bait mostly the poor and unemployed for starters.

The rich, however, had the notion that they could also make more if they invested a lot more. Understandable right?! Who wouldn’t want to make a little extra money?!

With the hype around it, they probably felt it was a good investment opportunity and delved into it. By the end of 2016, the number of registered members was 2.4million!

What is a Ponzi Scheme?

The name “Ponzi Scheme” was gotten from a swindler Charles Ponzi in 1919. Generally, a Ponzi scheme is a fraudulent investment where investors are promised ridiculously high rates of returns with zero risks.

It is quite similar to the pyramid schemes since they both rely heavily on the investments of the new investors. Now here’s the trick:

RELATED:  How Does Duckduckgo Make Money?|2022

One or two persons come up with the idea and convince two other people. These new members make their investments (so the first people have been paid, right?!). Now, the two people go out and try to get two other people each.

When these four new people invest, they pay out the first investors with their “investments” and then go into the market to get the next eight persons, and so on.

The first and second investors, having “cashed out” are encouraged by the first payout to invest some more and start preaching the word about the scheme.

With a few testimonies and much hype, the companies begin to experience an increase in the influx of investors, and even more people are willing to become a part of it. These new investors continue to pay out the old backers and the pyramid keeps growing.

However, as soon as there are no more people willing to join and make investments, the scheme eventually unravels.

How Does MMM Nigeria Work?

Now, one may begin to wonder what the promise was? Why were they so easy to convince?!

I mean, we know there are the very gullible people always looking to double the little they have as well as the rich that have some spare cash they wouldn’t mind losing. However, there were some very cynical people too who fell prey to this scheme.

So, how were they convinced, and how did they make the extra cash?

MMM promoted themselves as a platform where participants could get an increase of 30% on the amount they invest after 30 days. There was no fixed interest rate as there is in a bank, rather you get rewards after you “provide help”.

The estimation of 30% in 30 days stemmed from the idea of a 1% increase daily. So, the total amount of money a participant could make by the end of the month is the product of multiplying the amount of money you provide by 1.30.

The creators and promoters would tell you (if you bothered to ask) that the extra ₦9,500 was gotten from the donations made by other members.

What Became of MMM Nigeria?

After about a year, MMM Nigeria announced the freezing of the accounts of the members. According to the company, it was as a result of a “systems overload and the negative attention brought on by the Government and mass media.”

But then again, that was the plan, and it was manifest in December of 2016.

Regardless of the sappy reasons they gave, it was a December many people will never forget. People had come to trust the company and imagined that they had come to stay.

It was undoubtedly a horrible experience for a lot of Nigerians, so much so that the Lagos State Emergency Management Agency implored the citizens to be on the lookout for people trying to commit suicide.

Yes! People did try to end their lives.

Imagine investing a huge sum of money entrusted in your care, or your kid’s fees with hopes of doubling it and then hearing it’s all gone.

Nigerians lost over 18 billion Naira in the MMM Nigeria scheme.

The First Come Back

Surprisingly, this wasn’t the end of the MMM Nigeria scheme. They made the first come back in January 2017. On the 11th of February, they announced that the limits on the withdrawals would seize. However, there was no withdrawal limit in the early times of this scheme.

The delay in payments made some members withdraw what they could and abandon the system. However, MMM Nigeria promised some very “loyal investors” that they would get their money that was frozen back. This was only possible for investments before 2017 if they put in new ones.

To motivate them further, they said the freezing in December was just to keep the system secured as there was more pressure on withdrawals that on deposits. They likened it to how it happens in banks in the last month of the year.

So, went on to encourage them to make more payments to stand an even greater chance of getting their money back.

Unfortunately, people fell for it again. Whilst some got their money back in full, some got a portion of it, while some got nothing at all.

Why MMM Nigeria Will Be Back Again?

You would think that after all of these occurrences, Nigerians would be wary of this company. Unfortunately, that’s not the case at all as there are Nigerians already buying into the idea. With active WhatsApp and telegram groups, people are still joining the “reformed” MMM Nigeria.

This time, they are promising a 50% gain when you “PH – Provide Help”. This is against the 30% reward on the earlier version that’s now non-existent.

The scheme officially shut down in April 2018 after the founder Sergei Mavrodi died. This reformed version is to supposedly “make Mavrodi’s legacy worthwhile.” According to a statement on the company’s website:

“Like the sunrise in the morning, MMM Cooperation set the pace on the 22nd of January 2019 all over the world. From negligence by many to fear of the unknown by prospective participants at the beginning; we are where we are today being most populous platform all over the world with 6 million participants all in space of 4months.”

With the same method of operation – members “invest” an X amount of money as “providing help”, and eventually, make an ROI of 50% after 30 days in the form of “getting help”.

This is a lot more ridiculous than the first attempt, however, there will still be people ready to delve into it, regardless.

With the rate of unemployment and poverty, as well as the crazy promise of a 50% ROI, it may not be so difficult to get as many people on board.

The very notorious Ponzi scheme – MMM Nigeria; is back, though not with even up to half the hype it was first introduced.

Apparently, Nigerians are a tad bit wiser and not very willing to invest in the scheme again; not after what they were put through when they lost out the first time.