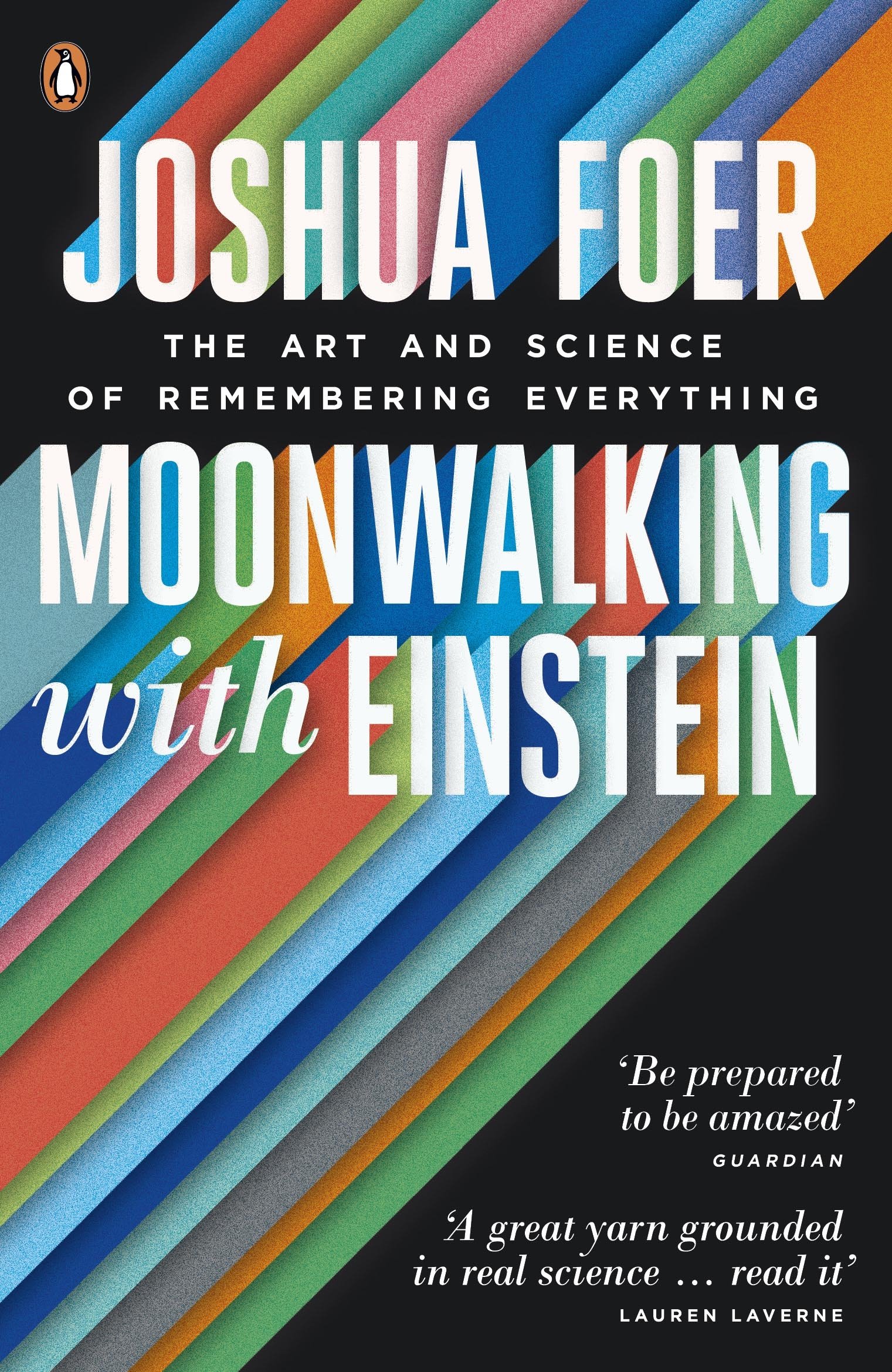 It happens all the time. Struggling to keep up with everything, humans tend to forget which groceries to pick up, when to schedule a doctor’s appointment, some even forget their partner’s birthday.

It would seem as if our memory span of today resembles one of a goldfish.

Trying to remember something is always frustrating, it feels like you are attempting to put a hole in a concrete wall with the feather. It is not going to happen.

Instead of meeting the wall head-on, despite the damage, stop and think. How about we put a window up there or simply walk around it? You will find out just how even an average person could train their brain to remember.

With Moonwalking with Einstein: The Art and Science of remembering everything, Joshua Foer will educate you about the history of memory.

If you want to live a memorable life, you have to be the kind of person who remembers to remember.

Joshua Foer is an author and a freelance journalist with two published works: ”Moonwalking with Einstein” and “Atlas Obscura: An Explorer’s Guide to the World’s Hidden Wonders”.

The initial release of Moonwalking with Einstein” was in 2011. Since then many folks have developed a liking for the book. An unorthodox guide to remembering, it is sure to provide a helping hand when overcoming obstacles in terms of memory.

Using certain mental techniques, this book is bound to change the way many people observe their memories. Take a walk on the moon’s surface with Joshua alongside a genius like Albert Einstein and unravel the mysteries of the human mind.

Feel free to purchase the paperback edition and digest all 270 pages of Foer’s journey through mysteries of the human mind.

The lost art of mnemonics

Inside “Moonwalking with Einstein” Joshua tried his very best to present some of the techniques overlooked by modern society when it comes to memorizing and organizing one’s cerebral drawers.

Not only did he have the courage to put it out in the open, despite layman and ordinary people’s opinions, he also got to thoroughly explain every element of this mentalist trade.

Read: A Detailed Book Summary of “Find Your Why” by Simon Sinek

Being the most astonishing feature presented, the memory palace is an ancient mnemonic device that leverages the way we find it easiest to recall information, both spatially and visually. This is also called the Method of Loci.

The idea is about committing to memory a journey through a familiar place and then associating each item in the list you’re trying to memorize with a checkpoint in that journey.

Translate what you are trying to remember into images and store them in a place that you can easily visualize in your mind.

For example, one memory expert used the technique to memorize Pi numbers to over 100,000 digits.

Chunking helps us identify keywords and ideas, develops the ability to paraphrase, and makes it easier to organize and synthesize information.

It is the organization of material into shorter meaningful groups. Each chunk represents just one of the 5-9 items that can be stored in short-term memory, thus extending the total number of items that can be held.

Perfect examples of chunking are phone number, date, any series of digits too long to memorize.

This one is by far the most difficult. It takes a lot of practice and repetition. Sheer will is the recipe. The first step is to get yourself familiar with the text.

Read it out loud, copy it by hand, create a short outline or have someone else read it to you. Eventually, you can find your way of memorizing the texts you want.

With the PAO System, you can memorize extended series of numbers. As far as we know, PAO was invented by card counters. Each card face was associated with personality – Kings, Queens, Jacks, and even with specific royalty of the relevant time.

The order of cards was easily associated with some sort of activity. It is commonly used in memory championships.

Critical point of view of Moonwalking with Einstein

Moonwalking with Einstein tells the story of how Joshua discovered the U.S. Memory Championships, met his mentor Ed Cooke and set out on a journey of his lifetime.

Starting from scratch, he developed his memory to the point where he got to compete in the Championships and set a new American record in memorizing a deck of cards.

The book is set on teaching us about memory management and different methods that apply. Just like book geeks tend to place their tomes in a certain order on the shelves.

The aforementioned methods are complex, yet easily attainable even to an average human. Coming to know just how valuable was memory back in the days, Joshua seeks to educate us properly.

From the invention of the printing press back in the 15th century to the modern age and the discovery of smartphones, we are at ease with knowing all of our data rests in our pocket or on the pages of some book or magazine.

But just how smart is it that all our information is stored inside an electronic device?

Bear in thought that this device can malfunction or break at any given second. Are Foers attempts of implementing these ways onto himself just another way to waste time and just how could mnemonic techniques from

Moonwalking with Einstein“ be of help in today’s society?

We could say most of our knowledge today is stored on an external drive until we make an effort of remembering it. Foer is trying to embed within us the fine principle of not forgetting, whether we talk about cooking recipes or some valuable life lesson.

Regarding Johaness Guttenberg’s printing press invention, that ought to be the place the downfall of our intelligent memory started.

All those books, newspapers, and dictionaries are prone to destruction, but the main reason for their existence is the means for us to implement the desired knowledge within ourselves.

Along the way, he learned that memory used to be very important in the old days. Now don’t imagine, but try to see our school’s educational system relying upon this act of remembering. It certainly takes out the boring part from learning.

My humble opinion is that Joshua Foer’s hard work and persistence should be met with our efforts.

This book is fun to read in many ways and intellectually rewarding. Engaging in a mental adventure with his physicist companion.

Moonwalking with Einstein paints a picture using words that lack no value.

FAQs on moonwalking with Einstein

Can you explain the title of your book?

Moonwalking with Einstein is a mnemonic that helped him memorize a deck of playing cards at a tournament. He says, ’Things that are weird or colorful are the most memorable.

What are the U.S. Memory Championships? How did you become involved?

Explaining how he met up with Ed Cooke at the time of the contest after finding out most people competing were ordinary people. He was suspicious of them having photographic memories. After his training with Ed, he came back to the championship a year later only to win the contest.

What do you mean by saying the ’art’ of memory?

Foer states the ’art’ of memory refers to a set of techniques that were invented in ancient Greece. For example, the techniques Cicero used to memorize his speeches.

What did you learn from the book Moonwalking with Einstein?

A member of quora lists his lessons as follows:
Much of life is just a series of memories, so if you can’t form memories, then how much of a life do you have?
Life is remembered when you can look back at punctuated events, so it’s best to create unique moments to look back on such as vacations and turning points.
Anyone can be a memory champion—all it takes is learning the skills involved and a willingness to put in the work to practice what you’ve learned.
Practicing very basic memory techniques can help improve and make your life more efficient.

What have skills from the book Moonwalking with Einstein helped people achieve?

A certain member of Quora states that his professor from high school taught straight fifty semesters, not taking a break. He knew the names of every student, remembered their faces even decades later.