Home 15 Most Expensive Video Games in the World
BBest Buys

Video games have gone beyond digital entertainment to a means of generating psychological data. Just like other games, the most expensive video games in the world translate physical inputs into various electric or electronic machine-readable outputs.

The rarity of some of these games despite their age explains the high price tags they bear. Also, the features, insanely detailed graphics and ostentatious animation contribute to the mind-boggling prices of these video games.

Aside from the satisfying feelings, gamers get from playing these games, expensive games also parse as data activities of humans while playing. In fact, Jennifer R. Whitsons and Bart Simon posit that video games are systems that allow the reduction of human action into knowable and predictable formats.

With Microsoft’s intent to acquire Activision Blizzard, Mid-January 2022 saw the most expensive gaming buy-out in history.

What is the history of gaming?

The history of video games dates back to the 1950s and 1960s. It all started when computer scientists began designing simple games and simulations on mainframe computers.

In 1962, MIT’s Spacewar was played with a video display. And, the early 1970s, witnessed the first home video game console, the Magnavox Odyssey was ready. It was also doing this period that the first Arcade video game Computer Space and Pong were launched. Afterwards, numerous companies began to capture Pon’s success in both arcade and the home.

They simply created clones of the game which caused a series of boom and bust cycles due to oversaturation and lack of innovation.

In recent times, video game companies are exploring mobile gaming through smartphones and tablet computers. Also, they are expanding into virtual and augmented reality systems, and remote cloud gaming.

Currently, people are willing to spend a huge amount of money on video games. Basically, these individuals love to live in the euphoria that they are one of the people who own these rare games. This explains why the most expensive games in the world were all sold at outrageous amount.

What is the most expensive game right now?

The Legend of Zelda was previously the most expensive game. Two days after its auction, a pristine copy of the 1996 Super Mario 64 was sold for $1.56 million.

The game was sold after 16 bids and was bought by an anonymous buyer. This singular event marked the first time in history that a video game was sold for more than $1 million.

Super Mario 64 was released by Nintendo as one of its first games for its Nintendo 64 console in 1996. Although the deal is expected to close on July 23rd, 2023, the announcement of Microsoft to acquire Activision Blizzard in January 2022, makes the game the most expensive at the moment.

The deal is peaked at $68.7 billion, it would surely be the largest acquisition the video game industry has ever seen.

What is the rarest gaming consoles?

One of the factors that compound to video games being quite expensive is “rarity”. Currently, Nintendo Wii Supreme is the rarest video game console in 2022.

The console cost about $433, 000 to purchase. Xbox One X console was produced just one. This makes it one of the rarest videogame consoles in the world. Unfortunately, only one person has it.

Other rare videogame consoles include:

Although videogames have evolved beyond the basic graphics and controls of William’s invention, very expensive video games in the world are usually old consoles.

As earlier stated, the rarer the videogame, the more expensive it is likely to be. In compiling these lists of expensive videogames, we put into consideration their prices. Also, prices videogames were ever sold was also considered.

Nintendi camous challenge is a competition game designed for college campuses. The auction for this sale started at 99 cents butit was sold off at $20, 000 in 2009.

It was intially designed as a marketing tool. It travelled around 35 college campuses so students can be play the game. To play the game, you have to first grab coins in Super Mario World. Afterwards, you must finish two laps in F-Zero.

Finally, you need to get the highest score possible in Pilotwings. The game was designed to be pretty simple so players can play the three games all in one.

Most Expensive Videogame Ever Sold

Just like the video game above, PowerFest is also a competition game. It has only two cartridges as aunique feature.

This is one of the most expensive games and it was designed specifically for a gaming competition. There are four teams in the contest with each trying to get the highest score possible.

If you play the game, you must compete in Super Mario Kart, Ken Griffey Jr., Home Run derby, and Super mario All- Stars. These four are loaded into one cartridge. It is one of the rarest video games as Nintendo produced only 35 of the cartridges. Currently, there are just two copies remaining across the globe.

READ THIS: 10 Most Expensive Jewelry in the World in 2022

This expensive game was made compatible for Atari 2600. It is an action video game with a uniqu T-shaped cartridge handle.

It came out on January 1, 1982. The game load as players are shown a “pre-dawn sky” before enemy fighters show uo.

To save the city, users fight the raiders almost like Space invaders. In 2012, a copy of this rare video game was sold for $33, 4330.30. It is realy rare because of extremely limited release. Unfortunately, no one really bought it because the game was not good.

Most Expensive Videogame Ever Sold

Only 116 cartridges were made for NES compartibility. It was designed as a competition game and was released in 1990. 26 of this expensive games were placed in a gold casing. Others were put in a traditional gray cases.

In 2014, this rare 1990 Nintendo World Championships was sold for $100.088 on eBay. Each player had just six minutes and 21 seconda to get the highest score possible.

These championship game took place in 29 cities and over three age categories participated.

This is one of the most expensive games in the world. It was the last videogame Hideo Kojima worked on before his falling out with Konami.

The game narrates the story of Big Boss in his quest for revenge and his mission to build a new nation full of mercenaries. This game from Konami and Kojima pulled together an unforgettable entry to a beloved series.

Metal gear will surely be hard to improve upon.

CD Projekt with a budget of $81 million did a good job at impressing their third entry in the Witcher series. This game is indeed a polished gem.

The videogame narrates the story of Geralt of Rivia as he follows the trail of his lover, yennifer. It had great graphics and breathtaking environment. The game is an open world in which you chart your own path to adventure.

Players would need approximately 50 hours to complete though your playstyle could make it more or less.

Red dead is one of the most expensive games in the world. This is a Western-themed action-adventure played from a third-person perspective. It is an interactive open world where the player freely roams.

It took over five years to make and it became one of the most expensive video games ever made. The game received crictical acclaim for its visuals, music, performances , gameplay and narrative.

Deadpool is one of the most expensive games ever made with a budget of 100 Milion dollars. The videogame is an action-adventure videogame based on the Marvel Comics antihero of the same name.

Dveloped by High Moon Studios, it was published by Activision in 2013. Deadpool was praised for its humor and plot elements. However, it got backlashes for defieiciencs in its gameplay.

Halo 2 is one of the most significant games in development history. It garnishes attention from regular folk who wouldn’t know which direction to point a game controller.

It was the first-person shooter videogame developed by Bungie studios for the Xbox videogame console.

This action-adventure game developed by Rockstar North and published by Rockstar Games. Iwas delayed a few times much to the ire of gamers.

Before this edition of Grand Theft, a pretty penny to the tune of $100 million on the fourth entry in famous series was dropped.

This expensive game ever made introduced a shift to a more realistic and detailed style and tone for the series. In April 2008, it was released for the Playstation3 andXbox 360.

The videogame is a third-person shooter videogame. It was developed by Rockstar Studios and published by Rockstar Games. On 15th May 2012, the videogame was released although there was a tulmtuous original release in 2009.

The sequel was more of the same with abetter paint job and ragdoll physics. Most Max Payne fans considered it a classic one. Over $105 milion into the title was poured into this project.

Final Fantasy is known for its seminal classics that defined a genre. Initially, a lot of budget was dedicated to the extreme shift in cinematic quality from this videogame.

This expensive videogame ever made created a truly memorable gaming experience. And, it was worth every penny.

It was released in 2008 after being in development from around 2005. The videogame allows players play the game as Isaac Clarke who searches for your girlfriend.

This search is done on a derelict space station infested with bloodthirsty aliens. The game wanted to bring about a blend of System Shock, Resdient Evil4, and Sci-fi film classic Event Horizon.

Dead Space was developed by EA Redwood Shores and published by Electronic Arts for the Playstation 3.

Most Expensive Game Ever Made

Grand theft V has to be the most expensive game ever made. For nearly 30 years, Rockstar built its excellent reputation in the gaming world after the release of Grand Theft Auto V.

The game was built to give players memorable experiences. This game continues to rake in insane amounts of money for the company.

Most Expensive Game Ever Sold

Super Mario was designed as an action and adventure videogame. It has a unique sealed copy from 1985. The copy of Super Mario Bros is rare and expensive and not easy to come by.

Super mario sold 50 milion copies when it debuted in the mid-80s. And, it is currently the best-selling video games of all time. Super Mario Bros was the successor to the Mario Bros arcade game of 1983.

Read through to discover the rarest and the price at which is selling. 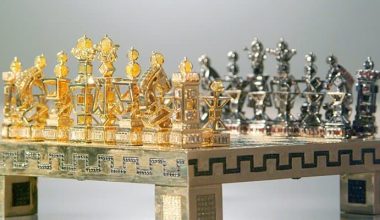 Read More
BBest Buys
Have you ever wondered what the rich actually do with their money? They unapologetically spend their money to… 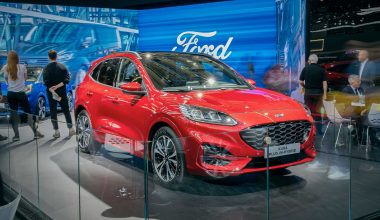 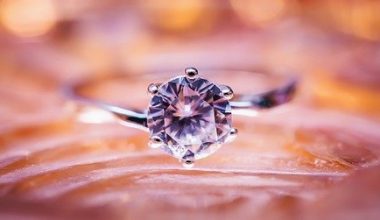 Read More
BBest Buys
Engagement rings are very precious gifts and are worth more than the diamond and silver composition. However, there… 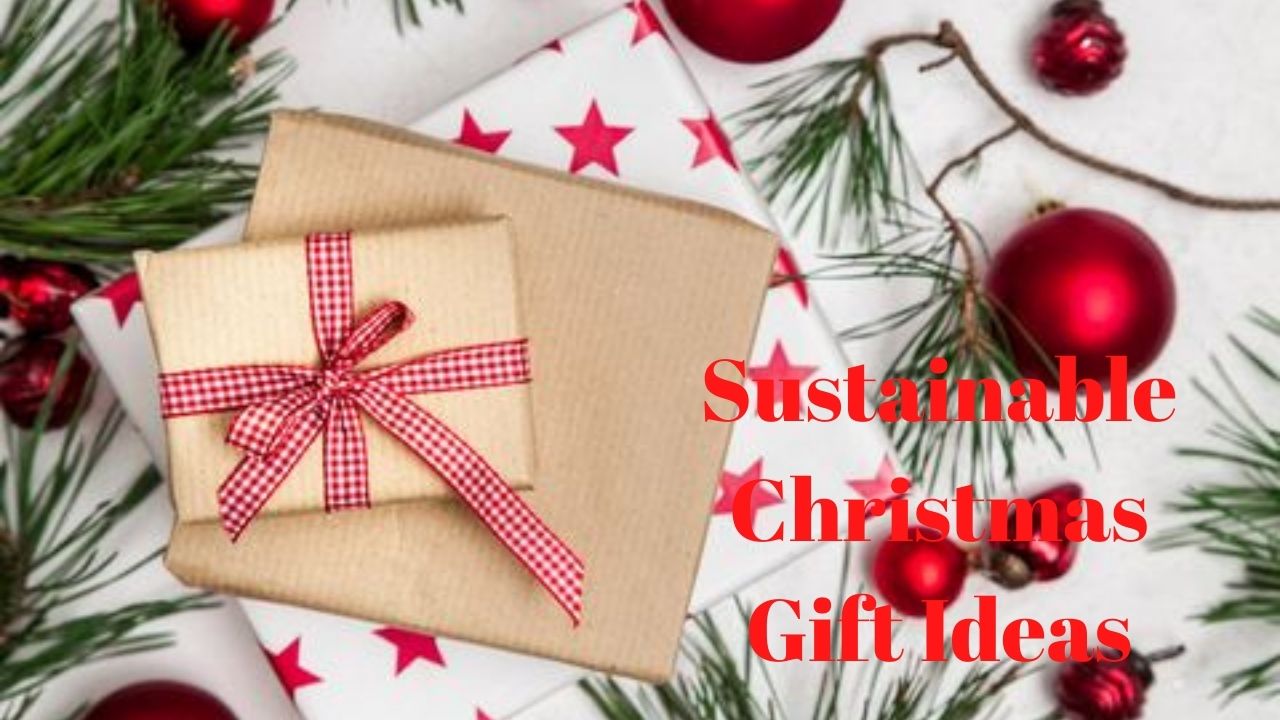 Read More
BBest Buys
Christmas is one of the best times to give gifts to loved ones, appreciate and show your feelings… 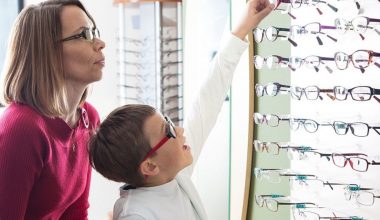 Read More
BBest Buys
According to a study published by the Vision Council of America, it is estimated that about 65% of… 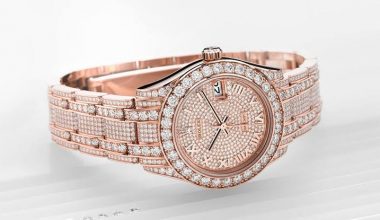 Read More
BBest Buys
What brand of watches do you consider the most expensive? When asked this question, the most answers appear…