Home 10 Most Expensive Watch Brands In The World
BBest Buys

10 Most Expensive Watch Brands In The World

Wristwatches are not just time telling pieces, some have evolved to become a status or class symbol. This is due to their sophisticated nature, price, and features. No doubt there are lots s of wristwatch brands in the market, but which are the most expensive watch brands?

Many things make these watches very expensive, the inconceivable complex, engineering, compress into tiny cases, expensive materials such as precious chunks of materials, and hand-cut diamonds. These expensive watches are also made with some unique items owned by dead people or celebrities.

Watches are like functional jewelry that wealthy people buy as an investment. Some of these watches do not only tell the time. They also can dictate blood pressure, thanks to the expensive mechanical feautures.

The article will also highlight some of the prices of these watches sold in retail and in famous auctions.

Check out the 10 Most Expensive MTG Card: The Gathering Cards

10 Most Expensive Watch Brands in The World

Patek Philippe was founded in 1839 and is one of the world’s oldest watch industries with a continuous watchmaking record. It has more than 400 retail locations worldwide and over a dozen distribution centers across North America, Oceania, Asia, and Europe.

The actual beauty of the organization’s product design lies in its activities. Just a watch-geek can really understand the excessive detail of every person’s part.

Whether new or vintage, Patek Philippe’s resale value trumps all other watchmakers. In 2020, it was on the world’s list of top 10 most expensive watches ever sold at auctions. Patek Philippe also had six other watches on the list.

Additionally, it was auctioned in the year 2014 at Sotheby’s Geneva Auction. The Henry Graves Supercomplication was sold for $23.98 million. In Christie’s Geneva Auction 2019, Patek Philippe Grandmaster Chime Ref. 6300A-010 was sold for over $31.1 million, which presently holds the title of the most expensive watch brand ever sold at auction.

In 2019, it manufactured more than 800,000 watches, producing a total revenue of $5.2 billion. In 2020, Forbes rated Rolex as the world’s 8th most expensive and valuable brand. Rolex is the biggest watchmaker of Swiss-made certified chronometers.

RELATED:  Who Owns The Most Expensive Car In The World

This company has also created certain pieces suitable for the heights of aviation, mountain climbing, caving, and deep-sea diving. The Rolex Sea-Dweller manufactured in 1967, for example, had a helium discharge valve to eject the helium gas build-up during decompression.

2005 Antiquorum’s Geneva auction, the Vacheron Constantin pocket watch Ref. 402833, once owned by King Fuad I of Egypt, was sold for $2.77 million. At that same event, the wristwatch Tour de was also sold for $1.56 million.

The company disclosed the Reference 57260, in 2015 the most tricky mechanical pocket watch ever built, starring 57 complications by function. The watch took 8 years to assemble and has 31 hands and 2,826 parts.

Read: What Is The Most Expensive Diamond Cut?

This brand is one of the oldest existing brands and a pioneer of many watch-producing technologies, including the tourbillon, which was built by its creator Abraham Breguet in 1801.

Watches of this brand are often recognized for their blue pommel hands, guilloche dials, and coin-edge cases. In addition to clocks and wristwatches, the industry also manufactures women’s jewelry, writing instruments, etc.

The thoroughly handcrafted timepieces of A. Lange & Söhne are ready in more than 70 countries. Just a few thousand A. Lange & Söhne wristwatches are produced each year. All of them stared an extraordinary design and appearance that is near to the classic British style.

RELATED:  Can You Sell A Car On Craigslist? Easy Hacks In 2022

2018 Phillips’ Geneva auction, A. Lange & Söhne 1815 Homage to Walter Lange was sold for $852,525. It was the first 1815 model that featured jumping seconds hands, a complication evolved by the founder Ferdinand Adolph Lange.

In 2013, the industry disclosed a new model brand Complication, which is one of the most complex wristwatches of the modern era. It stars a chiming mechanism with a small and grand strike, a minute repeater, a split-second chronograph with flying seconds, and a perpetual calendar. Its retail amount was $2.6 million, and only 6 pieces have been produced. Price Range: $11,000 – $2,600,000

Almost 200 years in the system, Jaeger-LeCoultre has reported 400 patents, manufactured over 1,200 several calibers, and built hundreds of inventions. The industry is presently owned by the Swiss luxury group Richemont.

One of the most tricky wristwatches, Hybris Mechanica a Grande Sonnerie, features 26 complications, including a perpetual calendar and special chime function that mimics the chimes of Westminster. With only 30 of these produced, the watch will cost you $2.5 million.

The industry has also manufactured the world’s smallest mechanical movement, the Calibre 101, whose 98 original components weigh a total of approximately one gram. In 1953, the Queen of the United Kingdom, Elizabeth II, wore this wristwatch for her coronation. Price Range: $7,000 – $2,500,000.

See Also: 10 Most Expensive Basketball Shoes Of All Time

Omega has been under three names since 1848, today’s lineup brings heavily on its mid-20th-century designs. The industry has intelligently evolved its watches such that they feel both modern (even if is not trendy) and historical (is not anachronistic) at the same time.

The most expensive Omega brand watch ever sold at auction was wristwatch Ref. H6582/D96043. Produces in 1960 and owned by Elvis Presley, the watch fetched $1.812 million in the 2018 Geneva auction. Another wristwatch, Omega Stainless Steel Tourbillion 201, was sold for $1.43 million at the Geneva auction in 2017.

Omega Speed Master Professional Chronograph was the first watch worn by the astronaut (Buzz Aldrin) walking on the Moon during NASA’s Apollo 11 mission. It was also worn during the first American spacewalk as part of the Gemini 4 mission. Price Range: $5,000 – $1,800,000.

It is best remembered for producing high-quality Swiss watches as well as jewelry. It produces almost 75,000 watches every year and is an active member Federation of the Swiss Watch Industry.

Audemars Piguet is the producer of luxury and prestige mechanical time and clocks. It’s an active member of the Federation of the Swiss Watch Industry and creates about 40,000 timepieces per year, which combine iconic designs with meticulously hand-finished movements.

Audemars Piguet is best remembered for producing the Royal Oak wristwatch in 1972, which assist the company’s rise to stature in the watch-manufacturing company. It has manufactured most of the world’s tiniest watches, comprising the ultra-thin automatic tourbillon (1986) wristwatch. Price range: $11,000 – $869,000.

International Watch Company (IWC) was founded in 1868, and ever since then, they have manufactured and invented a number of breakthroughs in the watch industry. In 1885, the industry published its first digital watch. During World War II, they built the first oversize anti-magnetic pilot’s watch.

They also successfully manufactured the first diver’s watch (that could resist the pressure of up to 2,000 meters) and a chronograph watch (that starred a perpetual calendar mechanically programmed to inform data for another 5 centuries).

Our list of the 10 most expensive watch brands shows you what luxury and exclusivity really are. The watches do not only tell time but also places you a class above others.

10 Most Expensive Sports In The World

10 Most Expensive Buildings In The World 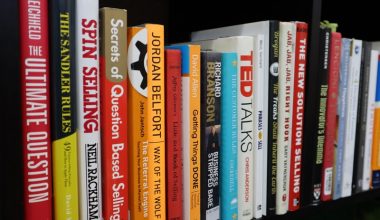 Read More
BBest Buys
Looking to find ways to sell your textbooks online? This article is written to help you. Here’s a… 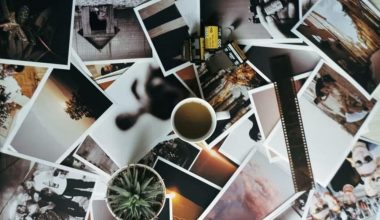 Read More
BBest Buys
Using your smartphone to take images is simple and quick. However, sharing those photos might be boring at… 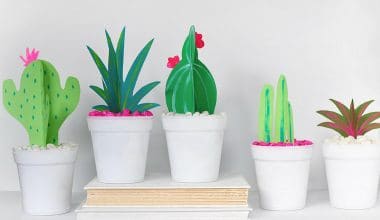 Read More
BBest Buys
Are you thinking of what to do to make extra income? Perhaps a list of things to make… 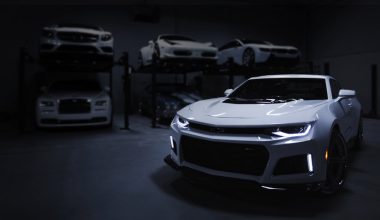 Read More
BBest Buys
The time is past when you have to visit a car park, stand for hours trying to decide… 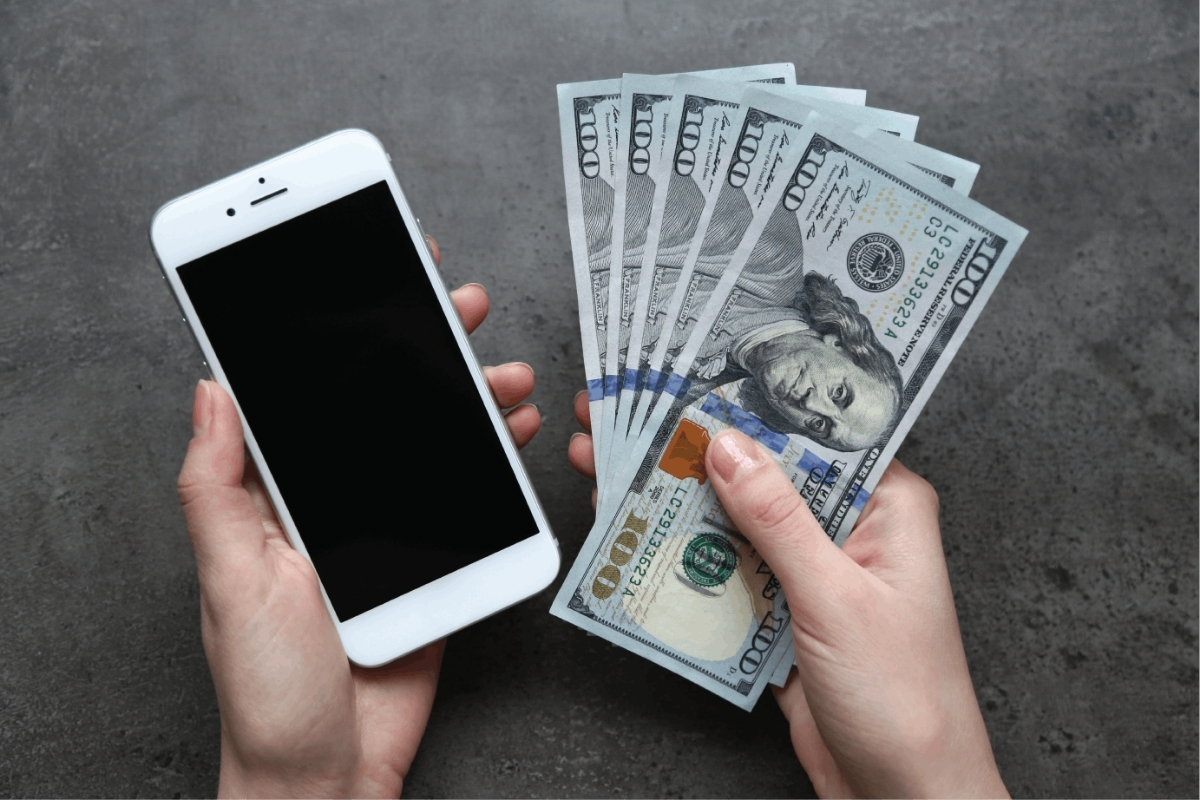 Read More
BBest Buys
If you have ever broken or damaged a beloved electronics in the home, you will agree that it… 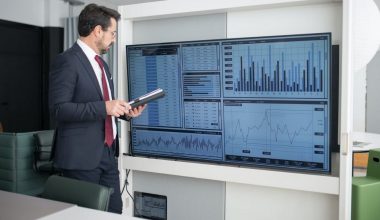 Read More
BBest Buys
Before we can delve into understanding when to buy a stock or when to sell a stock, we…