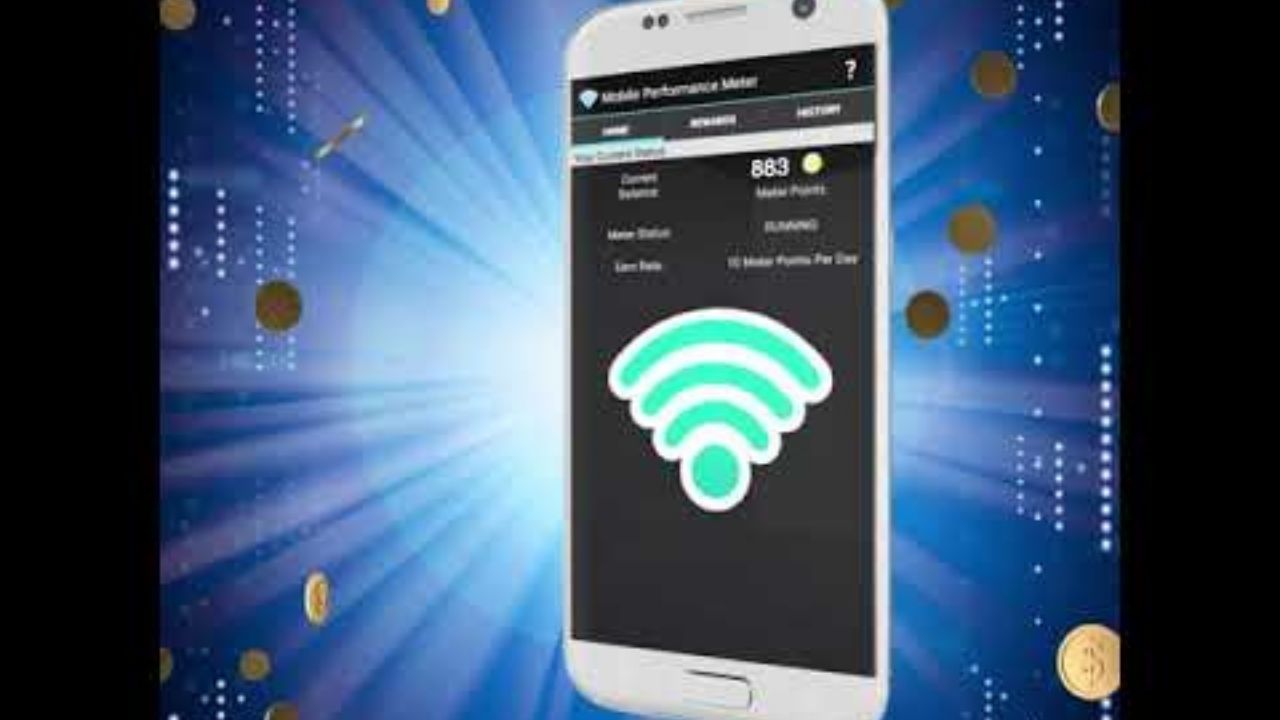 The fact that we are even discussing and writing reviews about mobile apps like the Mobile Performance Meter that make money for you the user says a lot about how far we have come as a species. Our survival as a species has been dependent on our abilities to make necessary changes.

For a long time, survival was a zero-sum game. It was either you cooperated or you died. Cooperation is why you are considering opting for something this abstract, and also reading this article to demystify some things you don’t understand.

This article addresses how to make money from Mobile Performance Meter, and whether the stories of people making money from it are a lorryload of poppycock.

In the beginning, was barter. Barter was money and barter was the only way through which all that was done could have been done. Barter was a system that meant the exchange of resources or services for mutual benefit or advantage. This practice has been occurring virtually every day for the last couple of thousand years.

Barter was symbiotic in that it could only take place when something was given and something was taken in exchange. No exchange, no barter. The same still applies today, but in varied forms.

The process has evolved and has now become more sophisticated. The goods or services to be exchanged are more advanced and virtual than they ever were.

As in the case of giving up something on your phone to Mobile Performance Meter for money, man has moved from exchanging cattle as was done from 9000 – 6000 B.C to exchanging data and information for money. The process is the same, the difference is the means and the mode.

What is Mobile Performance Meter?

From the point, the app is downloaded and an account registered, the app starts to run with a meter running and recording the behavior of the phone and how the user interacts with it.

The app was designed to run on only android phones with a version of 2.3 and higher.

While the app does not need your help to run, it has to compensate you for running on your phone, because if it doesn’t pay, then of what use is it to you? And of what use will this discussion be?

How do you get it?

The best way to get the app is Google’s play store. A quick search through the search bar would lead you to the app.

Normal due diligence should guide you into checking well to ensure that it is the app you’re downloading and not a look-alike. If you get it from any other stores, then that is at your own risk.

So far as the first creators of apps were concerned, apps paying you for service were not really a part of the plan. In terms of how this app was designed, it is brilliant. it was as if Lou Danziger had seen things like this when he said “Design is intelligence made visible.”

Just as I had stated earlier, some things have changed and some things have not changed. The same way the earliest known humans (Homo habilis) who lived about 2.4 million years to 1.4 million years ago needed to chip away at rocks and sharpen them for cutting up the game, is the same way the modern-day man (Homo sapiens) has to sharpen his skills set and the tools at his disposal to achieve his daily needs.

Soon, apps that pay people to observe their activities will be commonplace and will probably not be viewed with eyes of suspicion again.

How does it pay?

The Mobile Performance Meter pays you in by awarding points that can be exchanged for gift cards that are then used in stores such as Amazon, JCPenny, Domino’s, Sears. The list of places where you can convert these points to gift cards then finally to cash is endless.

The Mobile Performance Meter is willing to pay you for essentially doing nothing because they can use the data collected from your phone. This data is harvested and then sold off to interested parties who use the data to make predictions and make better stuff.

This app makes money the same way Google and Facebook (the big tech companies) make money – which is by selling your data.

American author and law professor Eric Posner in one of his writeups titled “On Cultural Monopsonies and Data-As-Labor” states as a matter of fact that data creation is labor. He says “A point I want to make is that the reason we have the inefficient rule is not just practicalities (of determining marginal products).

We also have a cultural norm that would frown on any player who tried to charge people who watched him play… The player, by contrast, is just having a good time. But isn’t he also ‘working?’

Why should you be paid?

Commentators have pointed out that Facebook, Google, and other big tech companies have exploited a cultural understanding that when one uses internet services (or in our case, phone data) as a consumer one doesn’t ‘work’ by supplying data despite the great value of the data for the internet companies (in our case research companies), which use it to improve their (AI) services.

The big tech companies would get better data if they paid people with money for their specific contributions (which Mobile Performance Meter does) rather than in-kind through the general service provision (and, in fact, sometimes they do, but in a way largely hidden from the public, as when they hire people (as “workers”) to label photos), but very likely do not do so because they do not want to disturb the cultural monopsony from which they benefit.

The result is that a huge number of people who make significant contributions to the development of AI and other services are unpaid. Despite the personal data industry generating some US$200 billion in revenue every year, data brokers give little, if any, money back to the providers of this asset.

The fact is that it is right for you to be paid.

People who read this content, end up reading How To Make Money Online Without Paying Anything

How else can you make money on the Mobile Performance Meter App?

Now that we have the issue of why you need to get paid all tickety-boo, we can move on to the other ways through which you can make money on the app.

RELATED:  How to find hidden apps on Android and iPhone devices

Surveys are another means of getting extra money from the app. The only issue with surveys is availability; surveys are not available all the time and that limits how often that option can be used.

How much can you make from the app?

Assuming that you have the app running 24/7, you will earn a constant income of 20 cents daily. This calculates to $6 dollars per month or $72 dollars per year.

This is you receiving $72 dollars a year on average for doing the same things you do every day. If you successfully complete a survey, you get $1 and $6 per referral. To bulk this up, you can use this app on more than one device.

Yes, you can, but only one account can be activated per device. For the account to be created, you need to have an active phone plan.

A look through the app revealed that the app was sound, it did not slow down phones, it paid out as soon as one was due and it is legitimate.

As much as many people would like it to pay more than it already is, we should not lose sight of the fact that this is literally free money that you are getting, just for letting the app run in the background.

The future is bright for technology and its people. As technology starts to take over so many things like IoT is taking over apps. We can arrive at a future where even get paid to live at home. Remember that the future is what you make of it.