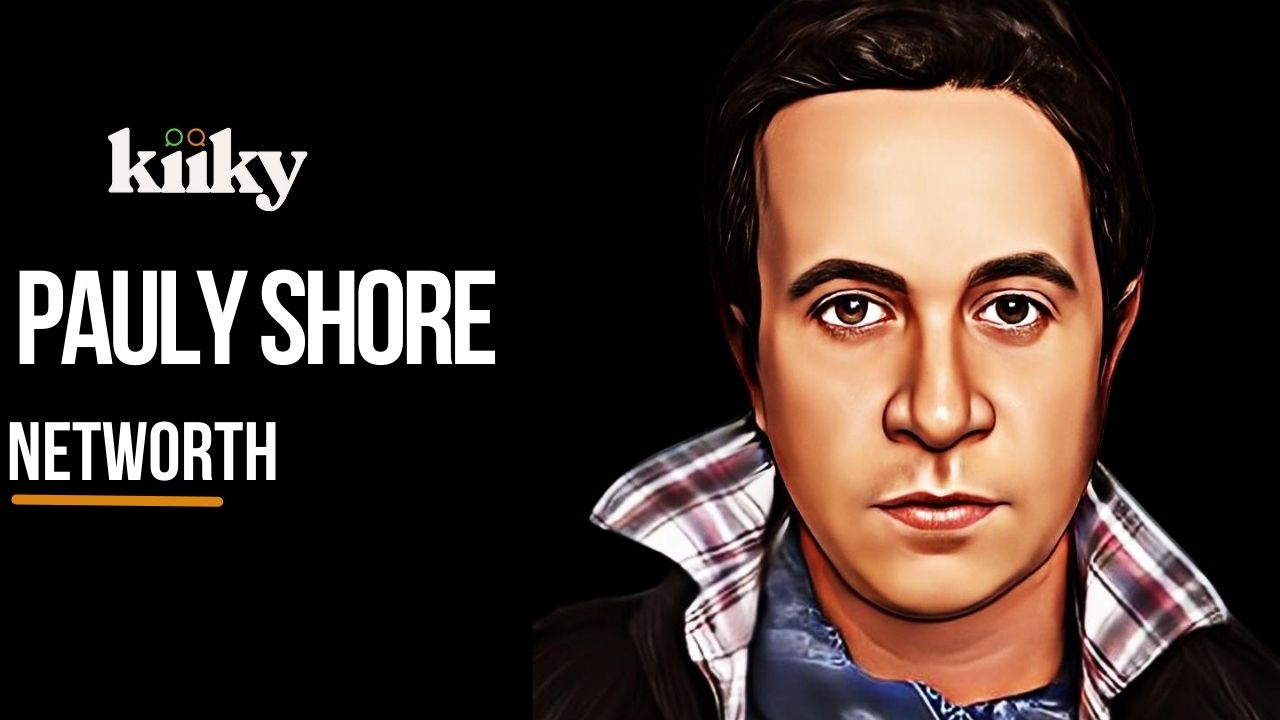 Pauly Shore is an actor and comedian whose net worth in the US is about $30 million. He came into the limelight through the comical roles he played in movies as; ‘Encino Man’, ‘Son-in-law’, and ‘In the Army Now’.

Asides from the comical roles he plays in movies, he’s also a stand-up comedian, filmmaker, producer, and podcaster.

Since the early 1970s, Shore’s family has owned the world-famous comedy store in West Hollywood.

Born as Paul Montogomery Shore on February 1, 1968, in Los Angeles, California, Pauly took over the club where his mother was the sole owner until her death in 2018.

Shore was up in a Jewish family with three siblings; Peter, Scott, and Sandi, and graduated from Beverly Hills High School in 1986.

Pauly Shore’s early life majorly revolved around comedians which eventually rubbed off on him at 17 during his first stand-up performance at Culver Coty’s Alley Cat Bistro.

It was Sam Kinison who became his mentor and led him by hand. It was mentoring that made Pauly Shore develop an alter ego whilst touring as a stand-up comedian.

Pauly’s big break came in 1989 when he won a job as an MTV VJ. He remained a VJ until 1994, hosting ‘MTV Spring Break’ and taking part in the ‘MTV Video Music Awards.’

In 1990, MTV awarded Shore his own show, ‘Totally Pauly,’ which ran for six years.

In 1991, he released ‘The Future of America,’ his debut comedy album, and created a music video for the song ‘Lisa, Lisa, the One I Adore.’

Pauly recorded two more albums, ‘Scraps from the Future’ in 1992 and ‘Pink Diggily Diggily’ in 1994.

Back to back, it’s been a countless rise from one fame to another.

In recent times, Pauly Shore has been photographed with a girl whose name is yet unknown.

Also, he has been rumored to be gay, but he never came out to debunk such news. However, most people believe it is untrue because he has dated other girls in the past.

Generally, it appears that he focuses entirely on his work rather than on any debate. So, he tries all he can to keep his personal life free of publicity.

Pauly Shore has gotten several awards for acting and stand-up comedies. The list below captures his awards.

From the early life of Pauly Shore to his achievements, you will see how being close to comedians rubbed off on his careers and he has made enough fame for himself.

At the time of writing this article, it was revealed that he is unmarried. Although he has been seen with girls recently, he hasn’t come to accept that he is married.