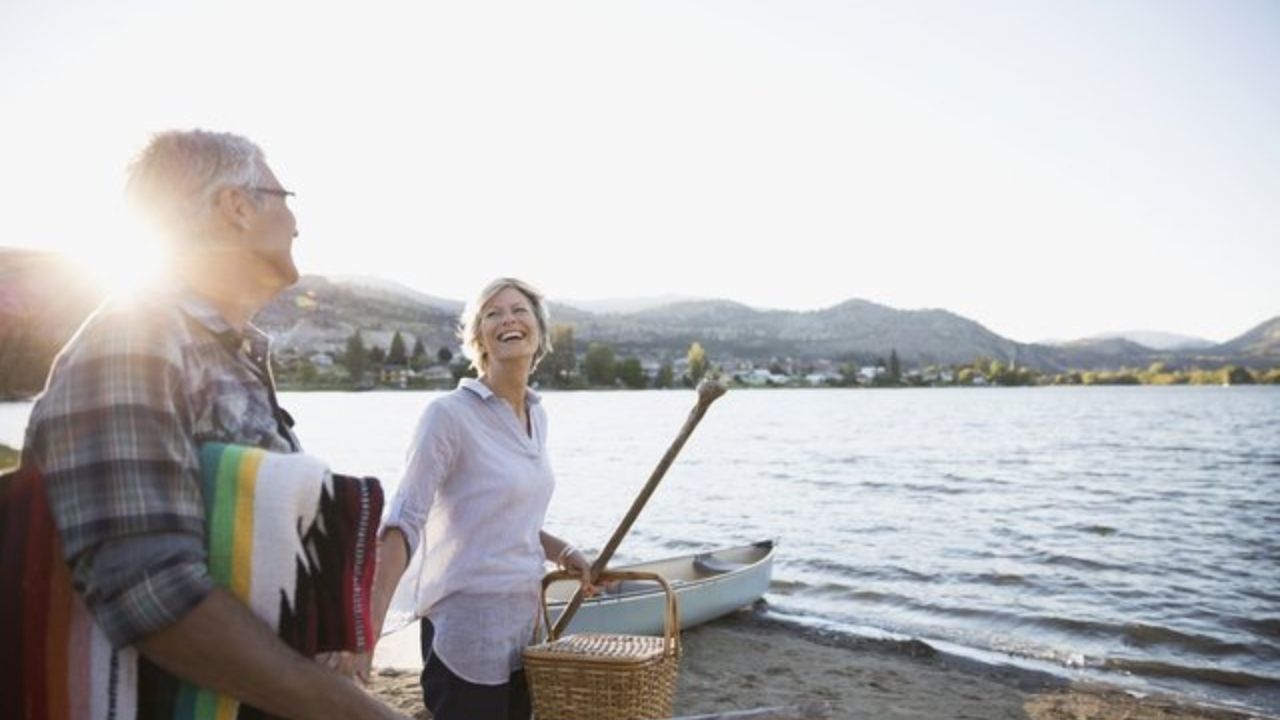 Canada is a comparatively near-perfect country with great panorama and healthcare. It is one place that holds a plethora of satisfaction for retirees. You should think of retiring in Canada.

Every good retirement plan seeks a more peaceful and comfortable life for the retiree. The target is always to retire to a place where you can live peacefully and memorably.

Why you prolly have not considered retiring in Canada could be because you may not know the peaceful and rich life Canada affords retirees.

Before I tell you why you should retire in Canada, let’s answer some important questions.

Is Canada a good place to retire?

If you really want a quiet retirement life, then retiring to Canada is one excellent choice you should make.

Three basics life facts that distinguish Canada as a better option and a good place to retire are; affordable housing, low crime rates, and proximity to the U.S. border.

I will analyse these basics, among others, shortly.

What is the average retirement income in Canada?

If you retire at the age of 65 in Canada, you can anticipate an average monthly pay of $679.16 from Canada Pension Plan (CPP).

However, this is totally dependent on how long you contributed to the CPP during your active working years.

Guaranteed Income Supplement (GIS) are linked to the OAS (Old Age Security) pension, and paid to persons with lower income rates. This is further dependent on your annual income and marital status.

Kindly note that your Old Age Security pension amount is established by the length of your residency in Canada. You must have lived in Canada for a while after the age of 18 years.

OAS is considered taxable income if your individual net annual income is above the net world income threshold set for the year. It is further subject to a recovery tax.

Nevertheless, there are 3 additional benefits you may be entitled to:

Your age, marital status and level of income determine the amounts you pay for these benefits. They are not taxable income too.

Now let’s see why we you should consider retiring in Canada.

10 Reasons to retire in Canada this year

The most important reasons why you should retire in Canada are;

One of the biggest issues retirees in the U.S. face contemporarily, is the high cost of healthcare services available for residents. It’s no secret that the U.S. has the most expensive healthcare in the world.

RELATED:  6 Easiest Ways to Get Netflix for Free

And more than two-thirds of American seniors who file for bankruptcy cite health problems as the reason.

While Canada’s healthcare system is far from perfect (long wait times for diagnostic tests is one of the main complaints up north), the taxpayer-funded system places far less of a financial burden on individuals.

Americans who immigrate to Canada become eligible to use the country’s universal healthcare system once they apply for and receive permanent resident status.

That means that as an American, you don’t have to become a Canadian citizen to access Canada’s healthcare benefits.

One of the biggest issues when retiring in a foreign country is culture shock. Taking your nest egg and retiring in an exotic and more affordable place, such as Thailand or Brazil, comes with its share of headaches.

From foreign language barriers and cultural differences to lax banking systems and substandard technology infrastructure, adjustment can be very difficult for those used to living in the United States.

Even in advanced countries such as England, where people speak the same language, Americans have to contend with the fact that motorists drive on the other side of the road.

Not so in Canada. An estimated 75% of Canadians live within 100 miles of the U.S. border.

This proximity means that most Canadians watch American television shows, may even cheer for American sports teams, and definitely follow American politics.

They also eat at American restaurants, such as McDonald’s and Applebees, and shop at American chain stores—from Wal-Mart to Costco.

Outside of the province of Quebec (and a few other areas), where French is the dominant language, everyone speaks English.

Culturally speaking, Canadians are similar enough to their American neighbours that living there will be a reasonable fit for most people. Even if you will have to get comfortable with the metric system.

Another issue bedeviling American seniors is the high cost of prescription drugs. A 2015 study by Bloomberg News found that Americans paid more for prescription drugs to treat everything from high cholesterol and asthma to diabetes and cancer than any other country in the world.

The International Federation of Health Plans came up with similar findings in its 2017 Comparative Price Report, as a source explains.

The reasons why we in the U.S. pay so much for prescription medicine are many. However, in each of its provinces and territories, Canada has established pharmacare programs that are designed to ensure prescription medication remains affordable and accessible.

In Ontario, Canada’s most populous province, people age 65 and over qualify for the Ontario Drug Benefit Program. Under its auspices, seniors pay the first $100 of their prescription medication each year (known as a deductible).

After that, they pay no more than $2 to have a prescription filled (known as a co-payment).

Seniors who are considered “low income” typically have the costs of prescription drugs waived entirely. As with universal healthcare, permanent residents of Canada are eligible to participate in Canada’s pharmacare programs.

Major urban centers in Canada, such as Vancouver and Toronto, have high housing prices just like big U.S. cities, such as Chicago and New York City. But throughout the rest of the country, real estate is actually quite affordable.

Some of the most picturesque parts of Canada, such as Prince Edward Island and Vancouver Island, have among the most affordable house costs in the country.

And while the Canadian and U.S. dollar exchange rates do fluctuate, it is worth noting that the rate has historically favored the American currency.

Also, the process to purchase property in Canada is relatively straightforward and the country has a stable banking system.

5. Close Proximity to the U.S.

As previously mentioned, three-quarters of Canada’s population resides within 100 miles of the U.S. border. Look at a map of Canada, and you’ll see that most major centers hug the U.S. border.

Residents of cities from Vancouver on the West coast to Ottawa (the capital) can drive to the U.S. border in an hour or less. On the East coast, ferry boats take people from Nova Scotia to Maine, and it’s only a three-and-a-half-hour ride.

This proximity helps to explain why many Canadians hop over the border to go shopping or fill their cars up with gas (depending on the fluctuating exchange rate, of course).

The close proximity means that U.S. retirees who choose to settle in Canada can visit their loved ones quickly, and often without having to endure a long flight or pay high airfares.

In an emergency, people can cross the world’s longest undefended border speedily to reach their family members.

It’s difficult to generalise because, as in every big country, you’ll experience differences in the cost of living – especially rent and property costs – depending on where you settle.

But it’s fair to say that outside the city centre districts of Toronto and Vancouver, for example, housing is relatively more affordable and Canada is generally a cheaper place to live than most European cities.

However, the prices of a surprising number of things – alcohol, groceries, cellphone plans and internet access – can seem surprisingly steep.

The Canada Pension Plan is one of three levels of Canada’s retirement income system, which is responsible for paying retirement or disability benefits.

Real estate is quite reasonable and affordable throughout the country except for major urban centers.

Being accepted by the locals is one thing you’re unlikely to have to worry about much when retiring to Canada. Hospitable by nature, Canadians are as likely to invite you into their home as tell you their name.

The story of how the residents of the small town of Gander, Newfoundland and Labrador, housed and fed 7,000 air passengers who were stranded there when all planes were forced to land outside the US on 9/11, is so inspiring it became a hit Broadway musical – Come From Away – soon to open in London’s West End.

Are you still thinking whether to retire in Canada?! I know you’re not. Because, I could almost feel the excitement from your end.

I certainly agree that you deserve all that pampering Canada promises you as a retiree.

Get awesome knowledge from: