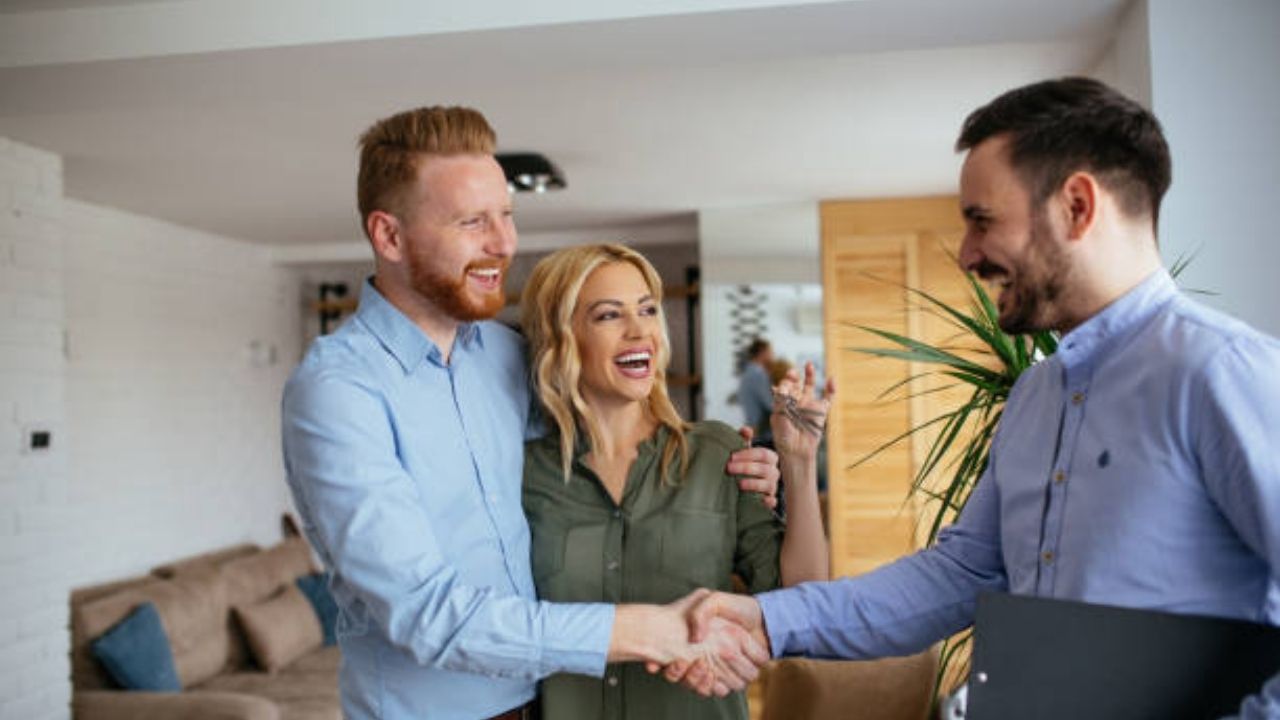 Real estate moguls around the world contribute essentially to the list of the richest people in the world according to FORBES magazine.

Despite the economic uncertainty and trade wars that have ravaged the world-leading countries in recent years, real estate barons have shown relatively no signs of a downturn in fortunes as they continue to dominate the list of the world’s richest people. This post enlists the Top 20 real estate moguls in the World.

The majority of the property billionaires are known to come from the Asia-pacific region with about 99 billionaires – 42 are from China, 25 from Hong Kong, 7 from India, and 6 from Singapore.

The United States contributes 44 billionaires to the list, making it the country with the highest number of real estate moguls in the world.

On a continental basis, Europe is reportedly far behind Asia and the U.S on the list with the Middle East and African countries contributing a small portion to the list with a combined number of eight billionaires with interest in real estate.

The following section details the list of the 20 richest real estate moguls in the world, including some interesting facts about them such as – date of birth, net worth, real estate companies, children, and education among other important information.

Is it hard to be a realtor?

Being a realtor isn’t easy, and it is incredibly competitive. However, whether being a realtor is hard or not, solely depends on you. One thing that is common among many real estate moguls is their level of confidence.

With this confidence, they are able to convince others that they are the real deal. In fact, whatever you put into your real estate career, is the same you will get out of it.

List Of Top 20 Real Estate Mogul In The World

The Nonagenarian is the highest shareholder of Henderson Land Development – a real estate conglomerate with an interest in hotels and internet services.

Wang Jianlin occupies the second position on the list of the world’s richest real estate moguls. The man is a Chinese born on 24 October 1954, in Mianyang, China.

Wang is the founder of the largest real estate firm in China – Dalian Wanda Group. Aside from real estate, the 64-year-old billionaire has an interest in other businesses including sports.

Wang is currently a shareholder in a Spanish football outfit called Atletico Madrid, with a 15% share. He graduated from the Liaoning University in China and currently has Wang Sicong as the heir to his wealth.

Net Worth: US$17 billion

Thomas Kwok Ping-Kwong is currently among the real estate moguls in the world. In fact, aside from being one of the richest people in the world, Thomas is well known for other things.

RELATED:  How To Build Wealth | 10 simple Hacks to Wealth Building

The property billionaire was born on October 6, 1951, in China and he currently operates one of the largest real estate firms in Hong Kong.

Formerly, Thomas and his brother owned a property company known as Sun Hung Kai Properties. However,

until he got involved in a messy bribery case that saw him serve up to five years in prison. Nonetheless, Thomas Kwok Ping-Kwong

Donald Leroy Bren was born on May 11, 1932, in Los Angeles, California, US. The American billionaire is known to have an interest in various businesses including properties.

He is a graduate of the school of business at the University of Washington. Donald is currently the founder and the sole shareholder of the real estate firm Irvine Company.

Also, he has been involved in three marriages and currently marries Diane Bren. The heirs to his fortunes are Steve Bren, Ashley Bren, and Carey Bren. Donald Leroy Bren is currently considered to be the richest American with an interest in real estate.

Cheng Yu-tung GBM, although late, still makes the list of the richest real estate mogul in the world. Until his passing on, Cheng was a real estate giant with an interest in properties, predominantly in Hong Kong.

His interest includes hotels, service businesses, transport services, and Jewellery among others. Cheng Yu-tung GBM was born on August 26, 1925, in Shunde District, of Foshan, China. He was married to Ying Chow and survived by a child, Henry Cheng, and three grandchildren.

Before his death, Cheng was involved in a lot of charitable activities in China and the world at large.

Simon Reuben and his brother, David is into real estate, technology, and investment fortune The British brothers David Reuben and Simon Reuben are currently considered to be the 6th richest people in the world with an interest in real estate.

The combined wealth of the brothers makes them the 60th richest people in the world in 2016 according to the foremost FORBES magazine. Aside from real estate, the brothers are popular for their several philanthropic activities around the world.

David is currently considered to be the third richest Briton. The combined wealth of the brother’s ties with that of Cheng above.

Major General Gerald Cavendish Grosvenor was a member of the royal family in the United Kingdom. Gerald was born on December 22, 1951, by the 5th Duke of Westminster called Robert George Grosvenor.

Until his death, Gerald was a real estate mogul with an interest in residential buildings and hotels. Also, Gerald, known as the 6th Duke of Westminster was known for his many philanthropic deeds while he lived.

Joseph Lau Luen Hung is a Hong Billionaire born on July 21, 1951. The real estate mogul saw his fortune rose by more than 50% in the last two years.

In addition, he currently owns over 60% shares in Chinese Estate Holdings. The man has made the headlines for various reasons in the past few years including a court case that saw him convicted in Macau.

Robert is the richest Singaporean with interest property. He currently occupies the 9th position on the list of the richest real estate moguls in the world.

Robert is the chairman and the highest shareholder of the real estate firm called Sino Group. He was born Robert Ng Chee Siong in 1952 to the billionaire father Ng Teng Fong.

In addition, Robert first appeared on the FORBES list of billionaires in 1997 alongside his brother and he has been a constant presence on the list since then. Robert has an interest in other businesses aside from property.

Pan Sutong is a 56-year-old Businessman from Hong Kong. Sutong is widely reported to have an interest in real estate and other business ventures. He is the founder and current chief executive of Matsunichi Digital Holdings Limited.

Also, Sutong is the current chairman of Goldin Real Estate Financial Holdings Limited. The billionaire real estate baron is known to have a foundation that helps the needy.

Peter woo is another Hong Kong-based billionaire on the FORBES list of the richest real estate moguls in the world.

He was born on September 5, 1946, the 72-year-old property tycoon has been involved with real estate for most of his life having chaired the companies Wheelock and Company Limited and The Wharf Holdings for many years until 2015.

He is currently married to Bessie Pao-Woo and their union is blessed with three children namely – Douglas Woo, Jennifer Woo, and Jacqueline Woo.

Charles Gerald John Cadogan is a British billionaire born on March 24, 1937. The octogenarian is a property merchant with extensive investment across the United Kingdom and abroad.

Charles has been involved in three marriages throughout his life and he currently has four children. The billionaire has listed his first two children Edward Charles Cadogan, Viscount Chelsea as the heir to his fortune.

Net Worth: US$7 billion

Walter Kwok is another Hong Kong billionaire on the list of the world’s richest real estate moguls. He lived between 1950 and 2018. Before his death, Walter Kwok was a real estate developer having inherited his father’s company Sun Hung Kai Properties in 1990 alongside his brothers.

Stephen M. Ross was born on May 10, 1940, in Detroit, Michigan, US. The New York-based billionaire ventured into real estate in 1972 when he founded his real estate company called ‘The Related Companies.’

Aside from the real estate business, Ross has an interest in the sporting business as well as other philanthropic activities. He attended New York University and has been involved with more than one wife.

He got married to his current partner, Kara Ross in 2003, and is known to have four children from his marriages. His children include – Avery Ross, Jennifer Ross, Kimberly Ross, and Drew Ross.

RELATED:  How To Fill Out a Western Union Money Order Step-By-Step Guide

Richard S. LeFrak is another American on the list of the world’s richest real estate moguls. The New York-based property merchant 11 is considered to be among the biggest landlords in NY and the US at large.

Richard was born during world war II in 1945 and he is currently the chairman of the family-run real estate company – LeFrak. The company is specialized in developing and managing properties.

He is currently married to Karen Tucker and they are blessed with two adult children Harrison and James.

Stanley Kroenke is a US business tycoon with an interest that spans real estate and sports. He is the founder of the famous outfit known as Kroenke Sports & Entertainment.

The outfit is known to have major stakes in the Arsenal football club in the English Premier League. Stanley Kroenke was born on July 29 1947 in Columbia, Missouri, USA.

He is married to Ann Walton Kroenke and they both have four adult children namely – Josh, Whitney, Katie, and Brett Kroenke

Majid Al Futtaim is an Emirati holding company based in Dubai, that as of 2015 owned and operated shopping malls, retail, and leisure establishments in the Middle East and North Africa, with operations in 13 countries. The group was established by Majid Al Futtaim in 1992.

Xu Jiayin also known as Hui Ka Yan is notably one of the richest men in China, born on October 9, 1995.

The 60 years old billionaire is the chairman of Evergrande Group, a Chinese conglomerate with interests in several Chinese cities. These cities include: Beijing, Guangzhou, and Shenzhen

Xu is a graduate of Wuhan University of Science and Technology. Also, he is married to Ding Yumei and they both have two adult children.

Chen Lihua is a Chinese billionaire businesswoman known to be the founder of the real estate company – Fuwah International Group. The company is one of the biggest real estate firms in China with an interest in developing and managing properties in China.

Lin Yu-Lin is a billionaire businesswoman born on October 6, 1936, in the city of New Taipei, Taiwan. She is currently one of the world’s richest real estate moguls, and currently the 3rd richest person in Taiwan. Also, Lin is the sister of a popular Taiwanese politician called Lin Rong-San.

This post contains the list of the richest real estate moguls in the world according to the world trusted wealth ranking magazine, FORBES.