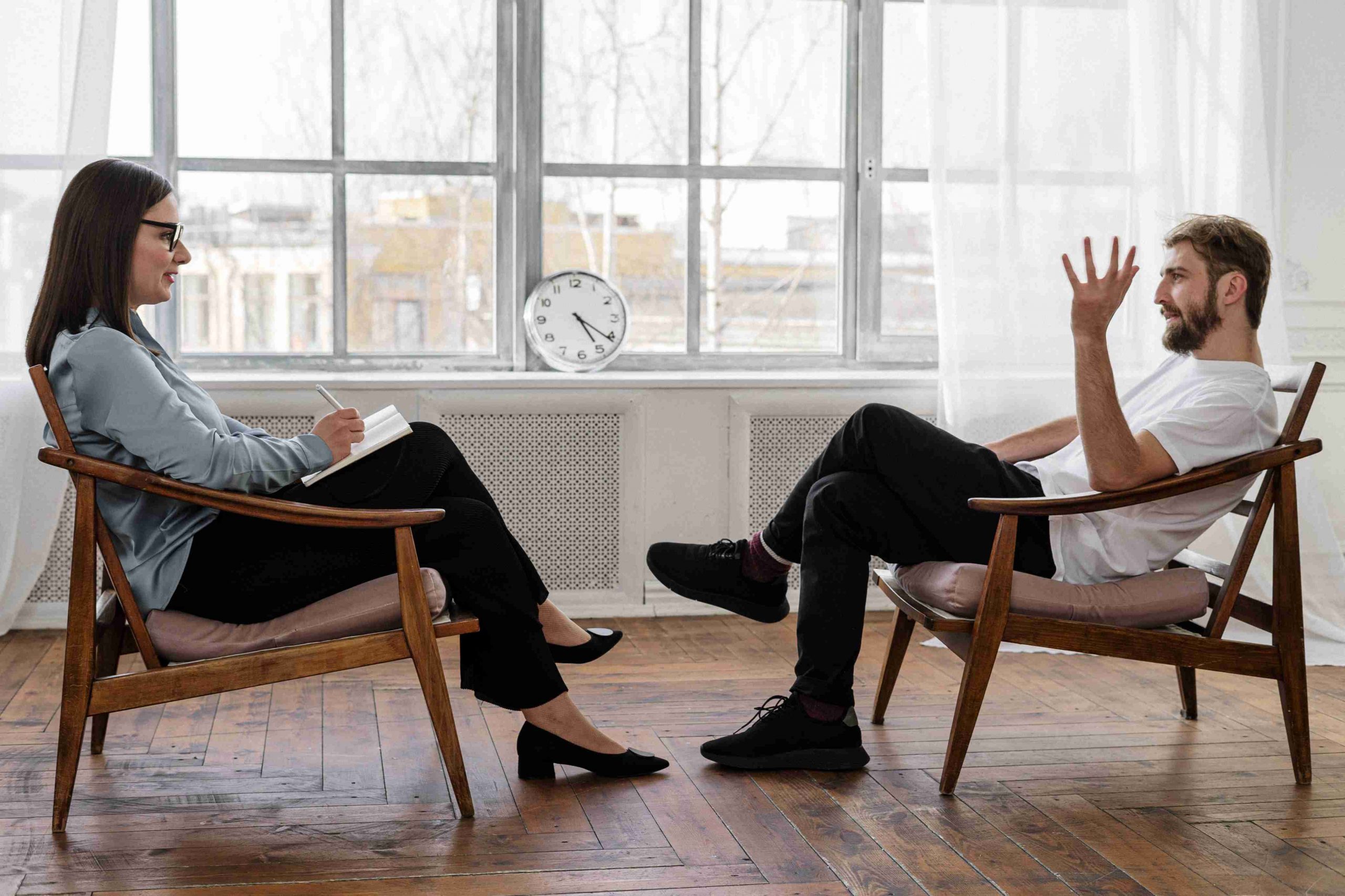 Good Will Hunting is a movie about a young janitor at M.I.T. named Will Hunting who had a special gift for mathematics but could not help himself as he felt lost and without direction. The movie also focuses on the help a psychologist renders to this janitor to aid him to realize the gift he has.

For those who have seen the movie, the movie is a proper depiction of what psychologists do for people – help. Clinical psychologists are there to help people come back from whatever dark place they are.

When it comes to the difference between a clinical psychologist and a psychotherapist, there is often some misunderstanding. As a result of the confusion, some seeking assistance have ended up scheduling an appointment with the wrong specialist.

Clinical psychologists work in an extremely specialized field. They can either work as researchers in an academic context or as therapists in a clinical or private setting, working with clients. Being a psychotherapist, on the other hand, might entail a wide range of activities because the phrase is more of an umbrella term that can be applied extensively.

What is Clinical Psychology?

Clinical psychology is a branch of psychology that provides people and families with ongoing and comprehensive mental and behavioral health care, as well as consultation to agencies and communities, training, teaching, and supervision, and research-based practice.

It’s a broad specialty that encompasses severe psychopathology and is distinguished by its comprehensiveness and integration of knowledge and talent from a variety of disciplines both within and outside of psychology. Clinical psychology is a broad field that includes people of diverse ages, ethnicities, and systems.

What Does a Clinical Psychologist Do?

Clinical psychologists perform a number of functions, amongst which are;

Some clinical psychologists may choose to focus on research while others may choose to work with patients directly. This does not make anyone inferior or less than the other.

How Many Years Does it Take to be a Clinical Psychologist?

To become a clinical psychologist, you will need an undergraduate degree (four to five years of college) plus a doctorate degree (four to seven years of graduate school). For this specialty area, most people will spend between eight to 12 years in higher education.

There are other psychology careers that do not necessitate as many years of education. With a master’s degree, you could become a certified marital and family therapist, which would take two to three years of graduate study to begin the journey to become one of the highest paid clinical psychologists.

Where can Clinical Psychologists Work?

Clinical psychologists can work across a number of industries and sectors;

How much do Clinical Psychologists Get Paid?

Actual pay varies widely depending on area specialty, geography, years of experience, and a variety of other criteria, that is if becoming the highest paid clinical psychologist is something you’re after.

Which are the Highest Paying Countries for Psychologists?

Denmark is a genuinely amazing country. Fortunately, many sick people are effectively treated and can live full, happy lives thanks to a world-class healthcare system that consumes roughly 6% of GDP.

In terms of education, Denmark is well regarded in both economic and scientific disciplines, and students can apply for a monthly stipend to help them concentrate on their studies. The average annual pay for clinical psychologists in Denmark is $43,688 and a senior level clinical psychologist (8+ years of experience) earns an average salary of $77,256.

The most visited country in the world and the second-largest consumer of wine in the world, France has a lot of personalities. With the number of things that they do and the nature of the kind of people who live there, clinical psychologists are most definitely in need to calm people down every once in a while if you know what I mean.

Norway, commonly known as the Kingdom of Norway, is a Scandinavian country in the Nordic region. You’ll appreciate getting to know one of Europe’s most mountainous countries, known for its breathtaking fjords and outdoorsy inhabitants.

If you are having mild or moderate concerns, your general practitioner (GP) in Norway would usually try to help you initially. It’s a good idea to think about what you want before approaching your doctor. Are there any resources in your community that can help you deal with mental health issues? Many localities provide depression or stress management classes.

The Norwegian Association of Psychotherapy (NFP) has about 500 members and was created in 1998. In addition, due to the lack of official recognition of psychotherapy as a profession in Norway, an unknown number of practitioners are not registered with the NFP.

Canada is the world’s second-largest country, with a size of 9.1 million square kilometers. Canada is situated in the upper part of North America, with three oceans separating it: the Pacific, Atlantic, and Arctic.

The requirements for being registered, licensed, certified, or chartered as a psychologist providing psychological services vary from province to province in Canada. Having a master’s or doctoral degree does not guarantee eligibility to practice. The normal requirements are (a) possessing the required graduate degree, (b) having received supervised experience, and (c) passing written and oral exams on practice and ethical issues.

The United Arab Emirates, or UAE, is a country on the Arabian Peninsula’s southeast coast. The country, which is sandwiched between Oman and Saudi Arabia, is known for its stony deserts, wetlands, waterless mountains, and coastlines that run along the Gulf of Oman and the Persian Gulf.

The UAE’s economy was built mostly on fishing and the pearl business before the discovery of oil in the mid-20th century. The country’s economy changed dramatically when oil exports began in the 1960s. The UAE’s gross domestic product per capita is now comparable to that of leading Western European countries.

Mountains cover one-third of China’s land area. Mount Everest, the world’s highest peak, is located on the boundary between China and Nepal. China has the largest population of any country on the planet, with 1.3 billion people. Cities are home to around a third of the population. The remainder of the population lives in the countryside.

China is one of the world’s oldest civilizations, but it was only recently designated as a “modern” country. China has transformed more rapidly than any other country in the world in the previous 20 years.

Psychotherapy is in high demand in China, which has a population of almost 1.4 billion people. However, for one basic reason, psychologists are largely unable to assist in meeting the demand: In 2013, a new regulation went into effect that, among other things, limits the capacity of mainland Chinese psychologists to provide psychotherapy.

Psychologists must refer to themselves as counselors and limit their services to counseling and psychosocial support unless they operate in hospitals with clients who have already been diagnosed by psychiatrists.

The United States of America (often known as the USA or simply the US is the world’s third largest country in terms of area (after Russia and Canada) and population (after China and India).

The country is bordered on the west by the Pacific Ocean and on the east by the Atlantic Ocean. It is located in North America. Canada is on the northern border, while Mexico is on the southern. There are 50 states plus the District of Columbia in the United States.

Depression, substance addiction, and other fears, phobias, and mental health concerns affect millions of Americans. According to the Centers for Disease Control and Prevention, around 25% of all individuals in the United States have a mental disease at any one moment, and 50% of Americans will develop one at some point in their lives.

Switzerland, a landlocked country with towering mountains, deep Alpine lakes, grassy valleys dotted with neat farms and small villages, and thriving cities that blend the old and new, is the nexus of western Europe’s diverse physical and cultural geography, renowned for both natural beauty and way of life.

Both have become bywords for the nation, whose name evokes visions of the glacier-carved Alps adored of authors, painters, photographers, and outdoor sports fans the world over.

Qatar, one of the tiniest but most powerful countries in the Persian Gulf, is brimming with fascinating information and intriguing things to see and do. It is one of the world’s wealthiest countries and will host the FIFA World Cup for the first time in 2022.

According to the International Monetary Fund, Qatar’s per capita GDP is $130,475. With $116,808 in second place, Luxembourg is a long way ahead. Despite being geographically smaller than Yorkshire, having the world’s third-largest natural gas and oil reserves surely helps.

Across the world, the highest-paid clinical psychologists are paid in varying amounts and according to various determinants such as levels of education and demand for their services.