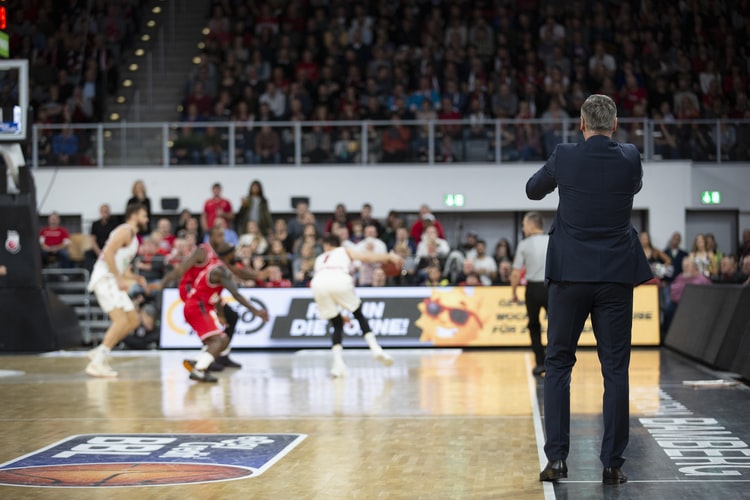 Like in every other sport, the success or failure of a college basketball team depends on the quality of its coach. But there’s no good coach without good pay. In this article, we will examine the 15 highest-paid college basketball coaches, their teams, and their pay/salary.

When lesser institutions’ salaries are included, the average salary for coaches is likely to be less than $100,000.

Even so, the almost extremely high wages of the 40 top-paying NCAA institutions, all of which pay their head basketball coaches $1 million or more, skew the average even higher.

While million-dollar wages are prevalent in professional sports, they are uncommon in higher education, where adjunct teachers and professors make anywhere from $20,000 to $126,000 per year.

How much do College Basketball Coaches Get Paid?

As of 2019, the typical compensation for coaches at colleges and universities is $46,180, according to the US Bureau of Labor Statistics (BLS).

Coaches of Division I basketball teams, on the other hand, can earn substantially more, with several earning six and seven figures.

Why do College Basketball Coaches Get Paid So Much?

Because “star coaches” are employed to attract the finest players. College clubs, unlike professional ones, cannot entice talented players with the promise of a large salary. Instead, athletes select schools based on the availability of lavish stadiums and other amenities, as well as access to coaches with a track record of placing graduates in professional leagues.

Who is the highest-paid female college basketball coach?

Geno Auriemma, the head coach of the University of Connecticut women’s basketball team is the highest-paid female college basketball coach.

He recently extended his contract until the 2024-25 season.

Who are the highest paid college basketball coaches?

Here is the list of the 15 Highest-Paid College Basketball Coaches.

Calipari signed a “lifetime” contract with Kentucky in April 2019, which included a 10-year coaching extension and a lifetime paid ambassadorship when he retires.

After leading Massachusetts and Memphis to Final Fours in 1996 and 2009, Calipari has led Kentucky to four Final Fours, including the 2012 championship.

Calipari was one of the first coaches to advocate the “one and done” philosophy, signing high-profile players who would leave for the NBA after one season.

Kentucky has 25 players in the first round of the NBA draft under Calipari’s watch from 2002 to 2018.

Receiving a seasonal total pay of $7,256,924, Krzyzewski (popularly known as Coach K), he has been a coach at Duke since 1980. Now, he is the collegiate basketball’s deans.

RELATED:  Things You Need to Know about Gambling in the Philippines

With over 1,000 victories, he is the winningest coach in Division I men’s basketball history. Krzyzewski has said that the 2022 season holding will be his final at Duke, and that he will retire at the end of the season.

After a tremendously successful tenure at Cincinnati, Cronin took over at UCLA in 2019 receiving a total pay of $5,500,000.

In 13 seasons with him as coach, Bearcats had nine NCAA Tournament appearances.

Receiving a total pay of $4,700,000, Barnes has been head coach since 1987. Some of the places he was a head coach includes George Mason, Providence, Clemson, Texas, and Tennessee.

He has appeared in the NCAA Tournament 24 times, including a Final Four berth with Texas in 2003.

Tennessee will return to the NCAA Tournament this year, so he can add another appearance to his resume.

He is on a six-year contract deal worth more than $4.5 million per season on April 29, 2019, making him the fifth-highest-paid college basketball coach in the USA.

The Wildcats claimed at least a share of the regular-season title for the third consecutive season with an 11-4 conference record, sealing it with a win over Creighton on March 3, 2022.

Receiving a total pay of $ $4,191,070, Izzo, the Big Ten’s longest-serving coach, has a lengthy history of success with the Spartans.

He won the national championship in 2000 and has led Michigan State to eight Final Four appearances. Izzo’s bonuses had risen as high as $600,000.

He also holds the record for the most Big Ten Tournament titles (six).

Receiving a total pay of $4,102,409, Williams, who played for the Tar Heels and worked as an assistant under renowned coach Dean Smith, has left an indelible mark on the program.

Williams transferred to North Carolina in 2003 after a long career at Kansas, where he led the Jayhawks to two runner-up finishes.

With the Heels, the coach has won three national championships. Williams’ bonuses have risen as high as $1,024,617.

Mack is on a seven-year contract that pays about $4 million per year to become the next head coach at the University of Louisville on March 27, 2018.

Chris’ Louisville basketball team was rated #1 in the country for two weeks in December 2019 before faltering and losing three of their next five games.

The Jayhawks won the national championship in 2008 and advanced to the Final Four in 2012 and 2018. Under Self, Kansas has made the NCAA Tournament every year.

Self signed a lifetime deal with Kansas on April 2, 2021. After the first five years, an extra year will be added to the contract automatically, and this will continue until he retires or dies.

He led Cincinnati to 14 NCAA Tournament appearances between 1989 and 2005, including a Final Four appearance in 1992.

Huggins went to West Virginia after one season at Kansas State. Ever since this move, he will be leading the Mountaineers to the 10th NCAA Tournament appearance this year.

After successful spells at Marquette and Virginia Tech, Williams transferred to Texas A&M in 2019.

In his 13 years as a head coach, he has been to eight NCAA Tournaments. Williams left Virginia Tech on April 3, 2019, to take the same position at Texas A&M.

Currently receiving a total pay of $3,840,366, Pearl is at Auburn after serving a three-year NCAA suspension that barred him from coaching. Under him, the Tigers made appearances at NCAA Tournament in both of their seasons.

He is the second-fastest coach in history to reach 300 victories, needing only 382 games to do so.

Auburn then defeated #4 seed Kansas 89-75 to reach the Sweet Sixteen for the first time in 16 years.

Since 2011, the former NBA player has taken Utah on two NCAA Tournament trips.

Krystkowiak was nominated for the 2013 National Polish-American Sports Hall of Fame Class.

In Troy, Michigan, on June 21, 2018, Krystkowiak was inducted as a member of the Class of 2018 into the National Polish-American Sports Hall of Fame.

He was, however, fired from Utah.

RELATED:  How To Become A CEO Very Fast

After a successful time at Pitt, Dixon returned to his alma mater, TCU, in 2016. He guided the Horned Frogs to an NCAA Tournament trip and an NIT Championship, and the Panthers to 11 NCAA Tournament appearances in 13 seasons.

For the first time in 20 years, the school made the NCAA Tournament in 2017–18. Dixon led them to their third consecutive 20-win season the following season.

What is Coach K Salary?

In 2018, coach K made more than $7 million. His salary at Duke matches his legendary Career. Even though the exact figures are not known, Mike Krzyzewski, an American college basketball coach has a net worth of $45 million and an annual salary of $9.7 million.

This makes him the highest paid coach in basketball.

What is John Calipari Salary?

John Calipari is one of the highest paid basketball coaches in 2021. John Calipari’s salary is $8 million following a 10 year, $86 million contract extension in June 2019.

Currently, he is the University of Kentucky Wildcats coach.

How much is Tom Izzo Salary?

Tom Izzo salary is $3 million per season making him one of the highest paid basketball coaches in the world. He is currently the head coach at the Michigan State University NCAA men’s college basketball team.

Celebrity net worth opines that he has garnered a net worth of $13 million. He currently ranks near the top among Division I head coaches in his total pay this year. Tom Izzo’s base salary is fairly $436, 727 but earns $3.09 million in supplemental income.

What is the average salary of a college basketball coach?

The average salary of a college basketball coach is $100,000 considering the wide range of coaches who receive low salaries. However, quite a number receive over a million seasonally.

Who is the highest-paid college basketball coach?

Coach John Calipari of Kentucky is currently the highest-paid coach with a total pay of $8,158,000 every season.

Which school pays their basketball coach the most?

Currently, Kentucky pays the highest to coaches, paying coach John Calipari $8,158,000 every season. However, in terms of bonus, Tennessee is the highest paying, paying its coach, Rick Barnes $3,000,000 in bonuses every season.

The salaries of college basketball coaches is calculated per season. However, the total per season can be divided to find the hourly equivalent.

How much does a Women’s College Basketball Coach earn?

The average annual wage for a Women’s College Basketball Coach is $37,085 according to ZipRecruiter.

Because players come and go, high-profile coaches like Duke’s Mike Krzyzewski and Michigan State’s Tom Izzo are frequently the most well-known programs.