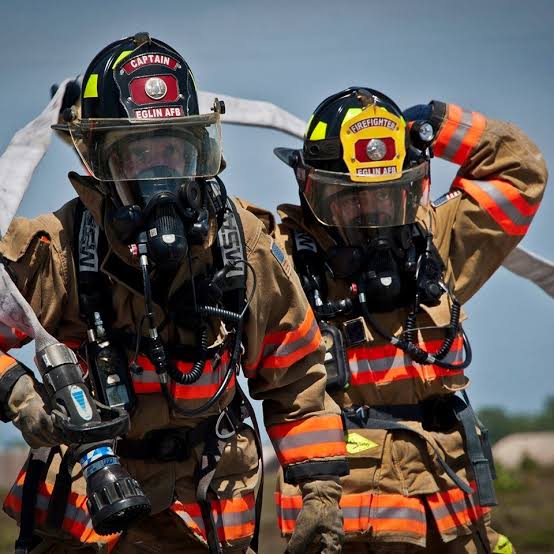 If you ask a bunch of young children what they want to be when they grow up, you can be sure that at least one will respond “firefighter.” Maybe because you can find them among the highest paid departments.

Though only a small percentage of people really pursue a career as a fireman, it is a wonderful profession that isn’t for everyone. If you want to be a fireman, you must go through a lengthy process.

Apart from the interesting journey this career path offers, you can get into any of the highest paid fire departments for you.

Is Firefighting A Good Job?

Working as a firefighter is a rewarding career with a high level of job satisfaction. If you enjoy helping people and serving your community, becoming a fireman is a terrific job for you, but be warned that it may be taxing, stressful, and even dangerous at times.

Being a fireman is a fantastic job. In dynamic circumstances, it provides frequent opportunities to aid those in need in a real, meaningful way. Riding on a fire truck is unlike anything else.

Every day is unique. You will have the opportunity to work as part of a cohesive team (family) to address a variety of problems. You employ both your thoughts and body.

Check Out; Do Volunteer Firefighters Get Paid? I Want to Become One

How Much Do Firefighters Make?

The typical wage for a fireman varies greatly depending on where you reside and how much experience you have. In 2021, the average fireman makes around $44,421, according to Ziprecruiter Statistics. That works out to around $21.05 per hour.

To put things in perspective, Ziprecruiter also puts the average income for all Americans in 2021 at around $66,665, thus becoming a fireman will pay you less than average.

There can be plenty of opportunity for overtime in addition to a basic wage and salary raises as you spend more time with a department.

You’ll have a little more control over what you bring home at the end of each week as a result. Even if you begin with a lower-than-average wage, there is always the possibility for advancement.

As a firefighter, you’ll often be given the chance to receive step raises as you acquire experience and time with the department, as well as overtime chances.

Don’t Fail to Also Read; Do You Get Paid as a Volunteer Firefighter?

How To Become A Firefighter

If you want to become a firefighter, you need to fulfill all necessary requirements to get this position. These requirements include:

Keep in mind that all potential firemen, whether paid or volunteer, must meet these criteria. Almost all entry-level firefighter applicants must be at least 18 years old and have a high school diploma (or equivalent) as well as a valid driver’s license for the jurisdiction in which they will be working.

Emergency Medical Technician (EMT) certification will also be required, either at the time of application or shortly thereafter. Males under the age of 25 must also be currently enrolled in the Selective Service. Other qualifications could include U.S. citizenship or legal residency, as well as the ability to get or obtain a license that allows the holder to drive job-related vehicles such as ambulances and fire trucks.

Earning a postsecondary degree or certificate might give you the particular information and abilities you need to expand your career into management and administration.A fire science certificate or degree can help you get a job as a firefighter or develop your career as a firefighter. Colleges and universities across the country provide fully authorized, high-quality fire science undergraduate professional certificates and degrees, as well as master’s degrees at the graduate level.

You will need to attend firefighter training, which will most likely take place in a fire academy, regardless of how you start your career as a fireman. The department for which you wish to work will have a considerable impact on the specifics of your training.

Many small-town and rural fire departments, for example, operate their own fire academies, which typically consist of evening and weekend training sessions given by department firefighters.

It’s now time to apply after you’ve completed all of your required training and other requirements unique to the fire department you want to join.

Firefighter job prospects are expected to improve by 7% between 2016 and 2026, indicating that firemen have a promising future. This makes them one of the highest paid fire departments.

Do firefighters earn higher than the police?

What other benefits come with being a firefighter?

Working as a fireman has a number of advantages, including dental and health insurance coverage, as well as a pension after 25 years of service. In the event of a work-related injury, they are also eligible for disability compensation. If they belong to a union, firefighters also have job security and are eligible for academic scholarships for themselves and their families.

Does having a degree make you earn more as a firefighter?

In comparison, firemen with a bachelor’s or master’s degree earn more money than those without a degree. This auxiliary pay varies per department and corresponds to their level of education.

How can a firefighter make more money?

As a fireman, your talents are your most valuable assets for earning extra money. You can capitalize on your abilities by providing paid courses and training in your field. For example, if you have mastered skills during your firefighter training, these can be valuable.

Regardless of the precise field of practice, all firefighters must possess certain features and attributes in order to be successful in their careers. Assessing your ambitions now will help you figure out where you want to start your career and what kind of schooling you’ll need to get there. The highest-paid fire departments will help influence your decision.