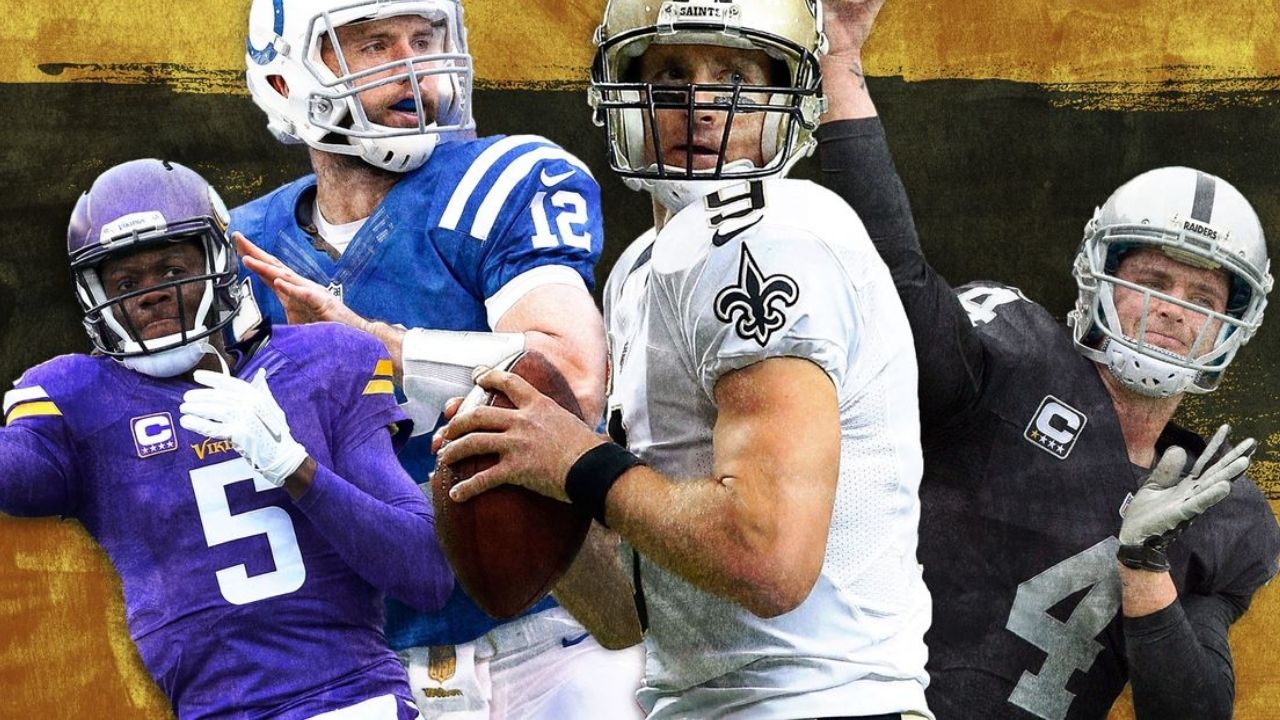 There’s no doubt that the NFL is the most popular sport in America. Regardless of what people say about North America’s Big Three sports (or Big Four, for hockey fans), the truth is that pro football stands out above all else. NFL has a massive following of supporters in America. Little wonder why the grand super bowl is basically more like a carnival than a final round of a tournament.

Obviously, NFL players make a substantial amount of money every year. The highest-paid NFL player of 2021 is Patrick Mahomes of the Kansas City Chiefs, who earned $45 million. It’s evident how players make their money, but how do NFL teams make money?

Following criticism over its rapidly increasing revenue in 2015, the NFL was removed from its tax-exempt status, which it had held since 1942.

Now the NFL exists as a trade association that is run by and financed by its 32 member teams. All but 31 of these teams are privately owned except for Green Bay Packers which has remained non-profit.

Despite some recent setbacks, including controversies over player concussions and the national anthem, as well as the effects of the global COVID-19 pandemic, the NFL appears to be making more money than ever. Unfortunately, its private nature makes it impossible to know for sure how much NFL teams make.

According to league estimates, the league made $12.2 billion during the 2020 season, down from the approximately $15 billion-plus that was made in 2019.

This decline was attributed to the COVID-19 pandemic which signaled the end of 15 consecutive years of increase in revenue. NFL Commissioner Roger Goodell had set a $20 billion revenue goal by 2027 before the pandemic hit.

How do NFL Teams Make Money?

NFL revenue streams are divided between national and local revenue

The National revenue comprises TV deals, as well as merchandising and licensing agreements, which are all negotiated by the league itself at a national level. We understand revenue comes from different models but does every NFL team make the same amount of money?

It might interest you to know that  According to shareholder filings from the Green Bay Packers, the NFL made $9.8 billion in national revenue in its fiscal year (FY) ending March 31, 2021, with each team receiving $309 million, regardless of their performance.

It is local revenue-which includes sales of tickets, concessions, and sponsors-that is earned by the teams themselves. In its Fiscal Year (FY) ending March 31, 2021, the Packers derived $61.8 million in local revenue, a 70.7% drop from the previous FY because of COVID-19.

It takes a lot of revenue to manage the high costs of running a professional football team. In FY 2021, the Packers spend $410 million on expenses.

A large chunk of that goes to player wages, with the rest for stadium upkeep, marketing, and staffing.

Does every NFL team make the same amount of money? it is now obvious the national revenue is shared equally while the local revenue is exclusively for the team that generated them and never to be shared with anyone.

Having talked about the revenue model we have outlined a basic structure of how NFL teams make their money.

We have seen how the national revenue is shared but, how do NFL teams make money from TV deals? During the season, NFL games are broadcast live in the United States on Mondays, Thursdays, and Sundays, making it the most viewed sport in the country.

The Super Bowls are among the most viewed TV broadcasts in the United States. Media companies pay big money for the rights to broadcast these games because they are consistently the highest-rated live events on TV.

Several TV deals were announced in March 2021 with NFL teams including Amazon, CBS, ESPN, ABC, FOX, and NBC.12 Sources close to the NFL said these deals could exceed $100 billion.

The New York Times reports that as part of the deal, the four TV broadcasters will rotate rights to the Super Bowl annually, while Amazon will get exclusive streaming rights to “Thursday Night Football.

Despite the majority of its national revenue coming from its TV deals, the NFL makes money by selling companies rights to sell NFL-branded apparel and accessories.

For example, the NFL and Nike Inc. (NKE) inked a 10-year licensing deal with Fanatics in 2018, making Fanatics the exclusive manufacturer of all Nike-branded adult merchandise sold through the NFL’s online store.

The worth of the deal was not disclosed but, it would be worth a lot considering the large array of popularity NFL commands.

While ticket sales are a significant source of income for individual NFL teams, they are still relatively small compared to the rapidly growing revenue from TV deals.

It’s estimated that NFL games cost about $151.15 per ticket, and with the average NFL stadium seating about 70,000, there aren’t many opportunities for growth in this space.

There is only one thing teams can do to expand their stadiums by adding more seats and concession stands.

Renovations like these are expensive and disruptive, but they typically pay off. It’s also possible for NFL teams to host events other than football at their stadiums, such as concerts, but the opportunities for revenue growth are limited.

A single stadium event typically generates an NFL team $7 million in ticket sales. However, a variety of expenses must be deducted from this figure, including payments to athletes or musicians, taxes, and administrative costs, which significantly cuts the profit.

Tickets are peanuts compared to TV deals, and concessions are a relatively small part of any NFL team’s revenue, but food and beverage sales are incredibly profitable.

Corporate sponsors pay NFL teams to display their logos on uniforms, TV transitions, merchandise, etc. Naming rights to NFL stadiums are among the most sought-after sponsorships.

With the well-detailed facts above, it is fair to say we have answered your question of how do NFL teams make money? NFL is a large entity on its own and as such the possibilities are endless.

There are a couple of plans the NFL has and intends to adopt in the near future.

The popularity of football on TV is not dying, as some claim. The NFL has seen its TV deals skyrocket in the past few decades; by all accounts, it will proceed to do so in the future.

While watching football still heavily relies on television, streaming is on the rise. Yahoo! became the first NFL streaming partner in 2015. Since then, several other companies have joined the fray, including Twitter Inc.

Amazon acquired the exclusive rights to broadcast “Thursday Night Football” on Prime Video in 2021, becoming the first NFL broadcast partner to do so.

Amazon paid $1 billion for the exclusive rights. If TV deals have grown so rapidly in the past few decades, these deals will continue to do so over the next few decades.

The U.S. Supreme Court ruled and let states decide whether they will legalize sports betting in May 2018.

Since then, many states have taken advantage of that option, mindful of the significant tax revenues it could generate – before it became legal, sports betting was estimated to generate $150 billion in taxes.

The NFL could exploit this opportunity by setting up betting parlors in stadiums, partnering with established casinos, creating online sports gambling portals, and so on.

The possibilities are endless, and it is unlikely that the growth-obsessed NFL will not explore as many as it possibly can.

What NFL Team is the Richest?

Among all NFL teams, the Dallas Cowboys are the most valuable. Forbes valued the Cowboys at $6.5 billion after they generated revenue in 2018 of about $800 million and earned operating profit of about $280 million in 2021.

Who is the Cheapest NFL Team?

Who is the Richest NFL Owner?

David Tepper, one of the 150 wealthiest people in the world, is the owner of the Carolina Panthers and the richest person in the NFL. He owns Appaloosa Management, which is based in Miami Beach, Florida.

There were a couple of challenges that have been a setback for the NFL over the past years. While a good number of the challenges are becoming a thing of the past, others however have stuck for quite a long time.

As with businesses around the world, the NFL was affected by the global COVID-19 pandemic. The NFL adopted special protocols to prevent the spread of the virus and to keep players, coaches, and employees safe.

The league also has begun reducing the number of people allowed in and around the field during games, including fans, in order to enforce mask-wearing, regular testing, and social distancing.

However, with the worst of it now over, there is a sense that the league is confident it will quickly rebound from what has been deemed a minor setback.

As the league’s biggest stars fade, TV ratings decrease. This was true in 2017, for example, when a number of the league’s most popular players were injured, like Aaron Rodgers, J.J. Watt, Andrew Luck, and Rob Gronkowski; or stuck with bad teams, like Russell Wilson, Von Miller.

The reputation of the NFL has been on the line in recent years. The league has been accused of failing to acknowledge the risk of brain injuries and ignoring allegations of domestic abuse and sexual assault committed by its players.

Colin Kaepernick was blackballed for kneeling during the national anthem to protest racism. If controversy of this nature continues, the NFL could alienate a large portion of its fan base.

Despite the fact that it is a private company, the NFL is one of the most lucrative sports leagues in the country. While it is not required to disclose its revenue, there is ample evidence that it generates a substantial amount of money. The debate over their earnings greatly influenced the increase in the search of how do NFL teams make money?

Certainly, the league’s popularity doesn’t seem to be declining, although it has a long way to go to reach the goal of $25 billion in revenue by 2027.

With nearly every major name – including DraftKings, FanDuel, Caesars, BetMGM, and PointsBet – getting a piece of the N.F.L.’s record $1.8 billion sponsorship revenue last year, partnerships with sports gambling companies and casinos were a major component.

They earn so much because the NFL makes so much. The NFL makes money off of the merchandise they sell, the tickets they sell for high prices, television advertisements, and tv broadcasting contracts.

NFL players are paid weekly over the course of the season.