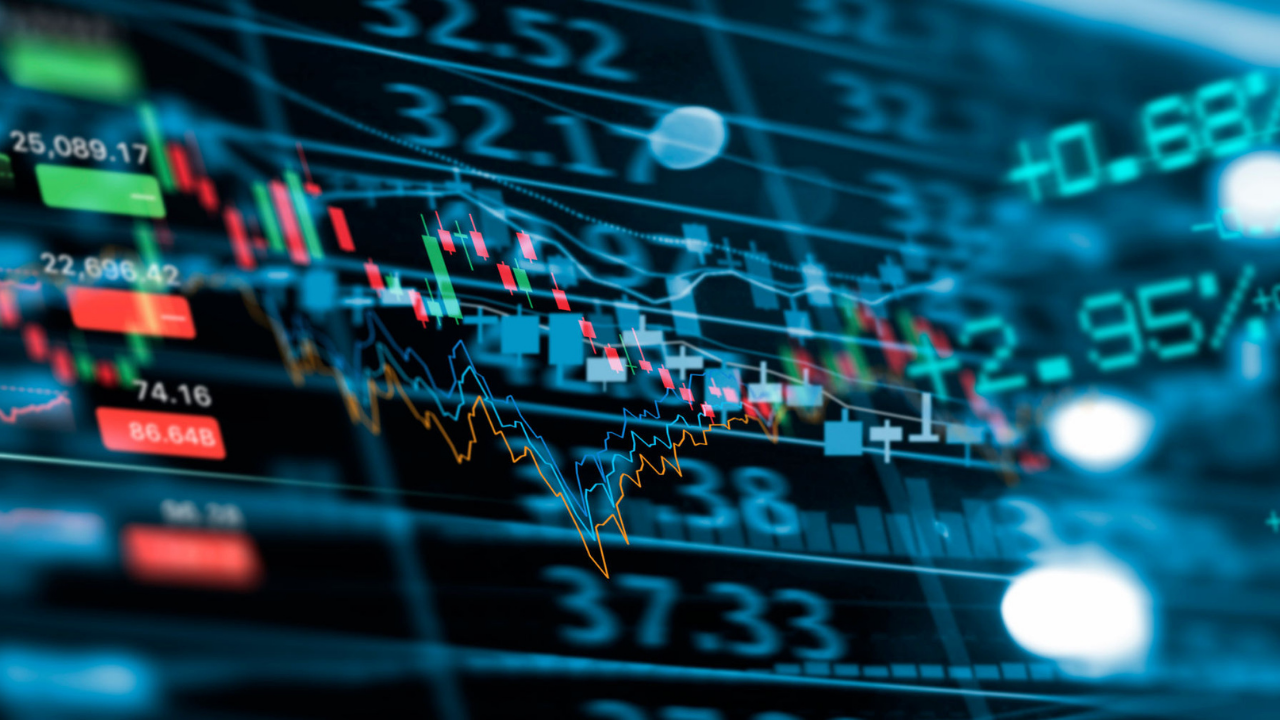 Trump Media announced a merger with Digital World Acquisition Corporation in October 2021, creating a special purpose acquisition company (or ‘blank check company’) that would allow Trump Media to become a publicly-traded company without offering an IPO.

In September 2021, Digital World Acquisition Corporation completed its initial public offering (IPO), with a single share priced at $10. Digital World’s shares are currently trading at around $75 as of March 3, 2022.

Truth Social was released for Apple IOS users in the United States on February 21, 2022, and quickly rose to the top of the app store’s ‘Top Charts.’ Truth Social received 170,000 downloads on the first day it was listed on Apple’s app store, according to AppTopia data.

Now, truth social has a stock that has been making waves since its launch. This article answers the question “how to buy truth social stock”.

What Is Truth Social?

Trump Media and Technology Group, or TMTG, is a private company that created the social media platform Truth Social. On February 21, 2022, the Twitter-like application was released and quickly became the most downloaded free app in the Apple store.

The Truth Social platform has a layout and user experience similar to Twitter, where users can create posts called “truths,” which are the platform’s alternative to “tweets,” and share posts called “retruths.” A news feed, dubbed a “truth feed,” and a notification system are also available on the social media platform. Before we go into how to buy truth social stocks, we must first explain who owns the truth social stocks

Trump Media and Technology Group, or TMTG, is a privately held media and technology company founded by former US President Donald Trump in February 2021. Other potential future platforms for Trump’s company include the TMTG+ streaming network and TMTG News, in addition to the already-launched social media app, Truth Social.

If the planned merger with DWAC is completed, Trump Media and Technology Group will become a publicly-traded stock with the symbol TMTG on a stock exchange. Shareholders of the DWAC SPAC may sell their shares for cash, or they may keep their new shares of the acquired company, TMTG.

Trump announced TMTG’s planned merger with Digital World Acquisition Company, a special purpose acquisition company, or SPAC, on October 20, 2021. (DWAC). The merger is expected to be completed in the first quarter of 2022, at which point DWAC stockholders will either become shareholders in TMTG or cash out their shares.

How to Buy Truth Social Stock?

Before purchasing shares of TMTG stock after it goes public, investors should consider several factors. Even though there is little financial data or history available for Trump Media and Technology Group, investors should evaluate TMTG’s potential and risks before investing. The steps you should take when you want to buy truth social stock are-

Truth socials stock financial position is limited to financial data available about Digital World Acquisition, which is providing TMTG with initial startup capital once their planned merger occurs. DWAC’s market cap was $3.14 billion on February 22, 2022, the day after the launch of the Truth Social platform.

RELATED:  How to Invest In Private Company In 2022 | What Should I Look Out For

Investors will have to wait until forward-looking statements are released through the filing of Form S-4, which is required by the SEC before a merger or acquisition because Trump Media and Technology Group has no financial history. In this case, a merger with Digital World Acquisition Company, a SPAC (special purpose acquisition company), is planned.

As a result, these statements are not sustaining, historical facts, like financial statements issued by a publicly-traded company, such as the income statement, balance sheet, and statement of cash flows.

When contemplating the purchase of stock, an investor should consider their investment objectives, time horizon, and risk tolerance. A swing trader, for example, may be interested in short-term momentum potential, whereas a long-term investor may be more concerned with strong fundamentals.

Investors interested in purchasing TMTG stock can proceed in the same manner as they would with any other stock, beginning with the selection of a brokerage firm. After that, the investor can open a trading account, such as a standard brokerage account, or a retirement account, such as an IRA.

Trading accounts can be established with either a discount brokerage firm or a full-service broker. Full-service brokers offer advisory and portfolio management services, but they charge higher commissions.

Step 5: Determine the Size and Strategy of Your Investment

Investors who have researched TMTG and have decided to invest after it goes public must decide how many shares to buy and what investment strategy to use for this position. An investor’s holding period and exit strategy will be guided by the investment approach. Investors may pursue short-term trading, swing trading, or a long-term holding for TMTG.

When it comes to placing orders for stocks, investors have a lot of options. Market orders, limit orders, stop orders, and recurring orders are the most common order types.

A market order, which is the most common type of order, executes a trade immediately and at the best available transaction price.

Limit order: When an investor places a buy-limit order, they specify the highest price they are willing to pay for the shares.

Stop order: A stop order, also known as a stop-loss order, is an order to buy or sell a stock when it reaches a certain price, known as the stop price. If the stock rises to the stop price, a buy stop order could be used to enter a position in TMTG.

After investors have decided on an investment size and order type, all that remains is to place the order and submit the trade. If it is a market order, it will be filled immediately at the best available transaction price. The stock will then be credited to the investor’s account.

However, if an investor submits a limit or stops an order, the trade will not be completed until the stock reaches the investor’s target price or stop-loss price.

Can Anyone Invest in Truth Social Stock?

Truth Social stock cannot be purchased as of March 2022 because the company is not publicly traded – and thus does not trade on the stock exchange. Similarly, Donald Trump has decided not to publicly list Trump Media, which means that investors cannot purchase TMTG stock.

While it may not be possible to buy stock directly, this does not rule out investing in Truth Social or Trump Media. If you believe that the social media company founded by former President Donald Trump will be the next big thing, there are some ways you can support it indirectly.

As long as the merger is approved, Digital World will provide Trump Media with $293 million in funding, allowing investors to purchase TMTG stock. However, several sources have recently reported that the SEC is unlikely to accept the DWAC-TMTG merger – because regulations make it illegal for a SPAC to discuss a merger with a potential target before listing as a company.

According to multiple reports, Trump and DWAC CEO Patrick Orlando had previously discussed a merger, and the SPAC was formed specifically with the TMTG merger in mind – clearly in violation of SEC regulations. However, knowing how to buy truth social stocks keeps you on the safe side either way.

Are There Other Ways to Invest in Truth Social Stocks?

Yes. Asides from knowing how to buy truth social stocks, there is a simple way for users to indirectly support Truth Social – by purchasing DWAC stock. Because DWAC is a special-purpose acquisition company, the performance of Trump Media will have a large impact on its share price.

However, before you buy a bag, keep in mind that several experts have warned of the dangers of investing in DWAC. Firstly, DWAC’s current share price of $70 – a sevenfold increase in the IPO price – demands further scrutiny.

We know what you’re thinking – a high share price is a good thing, right? Of course, it is. But it also feeds into the company’s valuation – which is not far off $15 billion. That’s pretty high for a brand-new venture whose operational capacity remains shrouded in uncertainty.

Keep in mind that the DWAC/TMTG merger would almost certainly result in TMTG – rather than Truth Social – being listed on the stock exchange. While Truth Social is currently Trump Media’s most visible property, it appears unlikely that the social media app will be the company’s primary economic driver in the long run.

Indeed, TMTG’s projections predict $3,665.3 million in revenue in 2026, but only a small portion (>8%) will come from Truth Social, with the majority of revenue coming from the company’s streaming platform.

If this is the case, the share price of TMTG will be influenced by factors other than the performance of Truth Social. Truth Social may thrive, but if TMTG+ fails to meet expectations, it is not unreasonable to expect TMTG’s stock to tank.

Third, the SEC’s investigation into the DWAC/TMTG merger throws a wrench in the works. Opinions are divided on whether the merger will be approved; if it is not, DWAC’s stock will suffer greatly. In the short term, the uncertainty surrounding the SEC’s decision could cause significant price fluctuations.

No. Truth Social stock cannot be purchased as of March 2022 because the company is not publicly traded – and thus does not trade on the stock exchange. Similarly, Donald Trump has decided not to publicly list Trump Media, which means that investors cannot purchase TMTG stock.

The SPAC announced plans to merge with Trump Media & Technology Group, which launched Truth Social, in October 2021. The SPAC’s stock is expected to open at the highest price seen during regular trading hours since Oct. 25, and above the SPAC’s highest stock closing price of $94.20 on Oct. 22.

The Truth Social platform is built on Mastodon, a free and open-source distributed social network.

Truth Social had been available to some users in a test phase since early last week, and it became available to the general public in Apple’s App store late Sunday night. The app quickly became the most popular free social networking app.

Yes. Once the truth social stocks are open for anyone to use, then they can be used no matter the brokerage you have chosen.

Trump Media and Technology Group, or TMTG, is a privately held corporation that intends to merge with Digital World Acquisition Company, or DWAC. The merger is scheduled to occur in the first quarter of 2022.

TMTG provides its users with a social media app called Truth Social, as well as a streaming platform called TMTG+ and a news service called TMTG News. The DWAC stock was priced at US$ 84.32 per share on Friday, February 18. It has gained traction since the merger announcement. I hope this article gave you a great insight into Truth social stocks and how to buy truth social stocks.