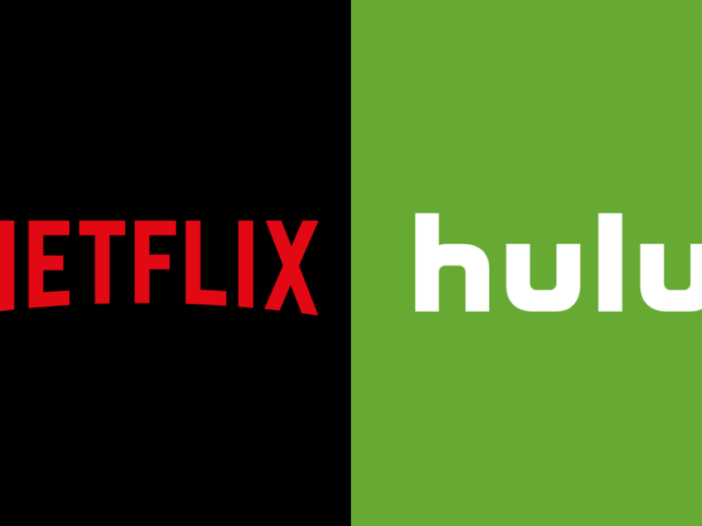 Hulu and Netflix are both giants when it comes to offering on-demand streaming services. It’s nearly impossible to see a device with a screen that doesn’t support these two. However, regardless of the similarities that may exist between Hulu and Netflix, they still differ.

In fact, choosing between these two streaming services could be very tough.

So, in the Hulu Vs Netflix debate, we’ll compare and contrast the similarities and differences between them as well as know their pros and cons.

But before then, here is a little gist about streaming services. Stay with me!

Streaming services have revolutionized how we watch TV and consume content.

The TV has long been a staple of entertainment, but as more people cut the cord and move to a digital viewing experience, how and when people watch TV, plus the actual content itself, has changed drastically.

Now, instead of gathering the entire family around the TV to watch a show, today’s consumers can watch whatever they want, whenever they want.

When compared to the price of cable, customers here can get instant access to shows and movies at a fraction of the price.

Back to the subject of discussion — Hulu vs Netflix, above is a table of what to expect.

Before we go into the Hulu vs Netflix debate in its entirety, let’s get background knowledge of what each of these streaming service platforms represents.

Netflix is a subscription-based streaming service that allows its members to watch TV shows and movies without commercials on an internet-connected device.

It got started in 1997 as a DVD-by-mail service with no late fees. Then, the idea was simply to put movie rental places out of business. However, in 2007, it started offering streaming content, which is now its core business (and a major source of internet traffic).

According to Statista, Netflix had 195.15 million paid subscribers worldwide as of the third quarter of 2020. With most Netflix subscribers are based in the United States, the U.S. accounts for over 73 million of Netflix’s total global subscriber base.

However, while the popularity of Netflix’s streaming service has been increasing, the company’s DVD section has declined. At the end of 2019, there were just 2.15 million subscribers to Netflix’s DVD rental service in the USA, a drop from 11.17 million in 2011.

Who is Netflix’s Audience?

With a wealth of content spanning multiple genres and a diverse catalog of TV shows, movies, and documentaries, Netflix appeals to a wide audience and consistently impresses users with its often binge-worthy original content.

Hulu is the leading premium streaming service offering live and on-demand TV and movies, with and without commercials, both in and outside the home. It is a U.S.-based subscription video-on-demand service owned under a joint venture with Time Warner, NBC Universal, The Walt Disney Company, and Fox Entertainment Group.

RELATED:  10 Most Dangerous Prisons In The World

Launched in 2008, Hulu is the only service that gives viewers instant access to current shows from every major U.S. broadcast network

Who is Hulu’s Audience?

According to Statista, about 18 percent of Americans aged 18-29 reportedly watch television on Hulu several times a day.

Also from Statista report, in the final quarter of 2020, The Walt Disney Company reported that Hulu had 36.6 million paid subscribers, up from 28.5 million in the corresponding quarter of the previous fiscal year.

What Are The Similarities Between Netflix And Hulu?

Both Hulu and Netflix have an easy-to-use interface, and actually, they look somewhat identical. Hulu’s interface has the same homepage tabs as Netflix: TV Shows, Movies, and My Stuff/My List, but what sets Hulu apart is the Hubs tab.

For instance, you can expect to see a featured TV show or movie at the top of your screen before scrolling down to your horizontal rows of Continue Watching, TV for You, and Movies for You.

However, a feature Netflix and Hulu don’t have that we notice smaller streaming services do is a convenient drop-down list of genres.

Also, both Hulu and Netflix are compatible with a lot of devices and can be viewed on more than one device at a time depending on your subscription plan.

Furthermore, you are no longer forced to watch Netflix and Hulu only when attached to the internet. On mobile devices, you can download shows to watch later.

What Are The Differences Between Netflix And Hulu?

If you can only afford one, which video-streaming service is really worth your cash, Netflix or Hulu? What differentiates Hulu from Netflix?

Here are some factors we considered to help you make your choice:

The first factor to consider in deciding which is better for you between Netflix or Hulu is their availability in your area.

Netflix is available in most parts of the world — you can subscribe to the service in more than 190 countries. Meanwhile, Hulu is only available in the US (and the US military bases), and it seems not to be making its way to other markets anytime soon.

So, if you stay in Canada, Australia, or any other country outside the US, Netflix is your best bet.

But if you insist on using Hulu, there are ways to get access to it in these countries, but it’s probably not worth the stress for most people.

This is because you need a credit or debit card issued by a financial institution based in the US to sign up for the streaming service. And if you can manage to get it somehow or bypass the restriction with something like a Hulu gift card, you still need a good VPN to make it look like you’re based in the US. Even that doesn’t work all the time, as Hulu regularly blocks users who access their site via a VPN.

Content is another factor that will determine whether you should subscribe to Hulu or Netflix. Although these two offer lots of movies and TV shows (there is something in there for everyone), they have different areas of focus.

Netflix is best known for its original programming. Without Netflix, you wouldn’t have amazing hit shows like Master of None, Stranger Things, Narcos, Unbreakable Kimmy Schmidt, and plenty of others. Although not every show the company made is a hit, there are plenty of good ones available in different genres.

On the other hand, Hulu is known for network TV and this gives it an edge over Netflix. Here, the streaming service has the right for next-day streaming of new shows from ABC, NBC, and Fox — this gives it access to loads of popular TV shows. Hulu is home to old and new hit TV series like Seinfeld, ER, Futurama, and others.

So, in terms of content, Hulu is better for network TV programming while Netflix offers more when it comes to originals.

#3 Hulu vs Netflix: Plans and Pricing

The subscription plans and pricing in Hulu is quite different from that of Netflix. For instance while Hulu offers free trial for new subscribers, Netflix doesn’t do so. Also while most Hulu plans are ads enabled, Netflix plans are ads free.

Hulu has three plans in its lineup which offer days of free trial. The table below breaks down Hulu’s various subscription plans and pricing:

Netflix offers three subscription plans to meet your needs. The plan you choose will determine the number of devices that you can watch Netflix on at the same time. Your plan also determines the quality at which you stream videos; that’s if you view in Standard Definition (SD), High Definition (HD), or Ultra High Definition (UHD).

With all of our plans, you can download the Netflix app on all your favorite devices and watch unlimited movies and TV shows.

Both Netflix and Hulu are available on Android, iOS, game consoles, media streamers like Roku and Fire TV, Blu-ray players, computers, and even smart TVs.

RELATED:  Is ACN Legit Or Another Multilevel Marketing Scam?

The major difference between them is that Hulu is available on the Nintendo Switch, while Netflix is not. Also, Hulu has a pretty thorough list of its own supported devices, split by those that support the new Hulu interface that came along to help support Live TV, or the “classic” version.

Aside that, it’s quite hard and rare trying to find a device or operating system that doesn’t support either service.

Although you can downloads shows and movies to watch later on both Hulu and Netflix, a little exist between the two.

Here is the difference:

Netflix has had downloads for a while and lets you capture almost all its original shows on iOS or Android devices. In fact, there are no limitations, you can get as much as your device can hold—up to 100 titles, which is probably plenty. However, how long they’ll remain on your device depends on licensing agreements.

Meanwhile, Hulu just added the ability to download content in October 2019, but only on iOS and iPadOS. However, it seems to work with Hulu originals, but not with all of the next-day content Hulu can show.

For example, you can get last weekend’s “Saturday Night Live”, but not the most recent episode of “The Good Place”. Neither will you get anything from add-in channels. There is still room for improvement; so, the options will probably upgrade.

The biggest caveats hurt: Downloads only works if you pay for the ad-free version of Hulu, and you’re limited to 25 episodes/movies. And, you’ll get either 30 days of storage or two days of storage after you start watching it. That means, you can renew it once you’re online again, but renewing makes it feel like an annoying rental.

As you know Hulu and Netflix both have a feature better than the other. While Hulu has recently aired, on-demand content, Netflix has more content overall.

Now in terms of their library size, Hulu only has about 2,700 titles in its library, while Netflix has about 5,500 titles.

#7 Hulu vs Netflix: Pros And Cons

Here we’ll analyze these two streaming platforms based on what you gain or lose when you sign up with either of them.

Pros And Cons of Netflix

Netflix has been the leader of the streaming service since the beginning, largely because it was the first one to go into the market.

Regardless of this feat, here are the reasons why you should and shouldn’t sign up for a Netflix subscription.

Pros And Cons of Hulu

Just like Netflix, Hulu has also shown strength since it came into the streaming service business.

Regardless, here are the reasons why you should and shouldn’t sign up for a Hulu subscription.

To know more about these two streaming gaints, click on the their links below:

Which is Better Hulu or Netflix? | Bottom Line

Streaming videos online is the future of modern day television. And with Netflix and Hulu taking the forefront among others, it can be difficult to make a choice between the two.

Regardless, here is my take…

Netflix is perfect for those who prioritize quality original content and who don’t mind paying a few extra dollars a month to access it.

Hulu is best for those who love network television and want an option to keep a live TV subscription. All others will likely want to choose a different service.

In conclusion, just know your preference and chose what suits you best between Hulu and Netflix, or just get both like the rest of us.