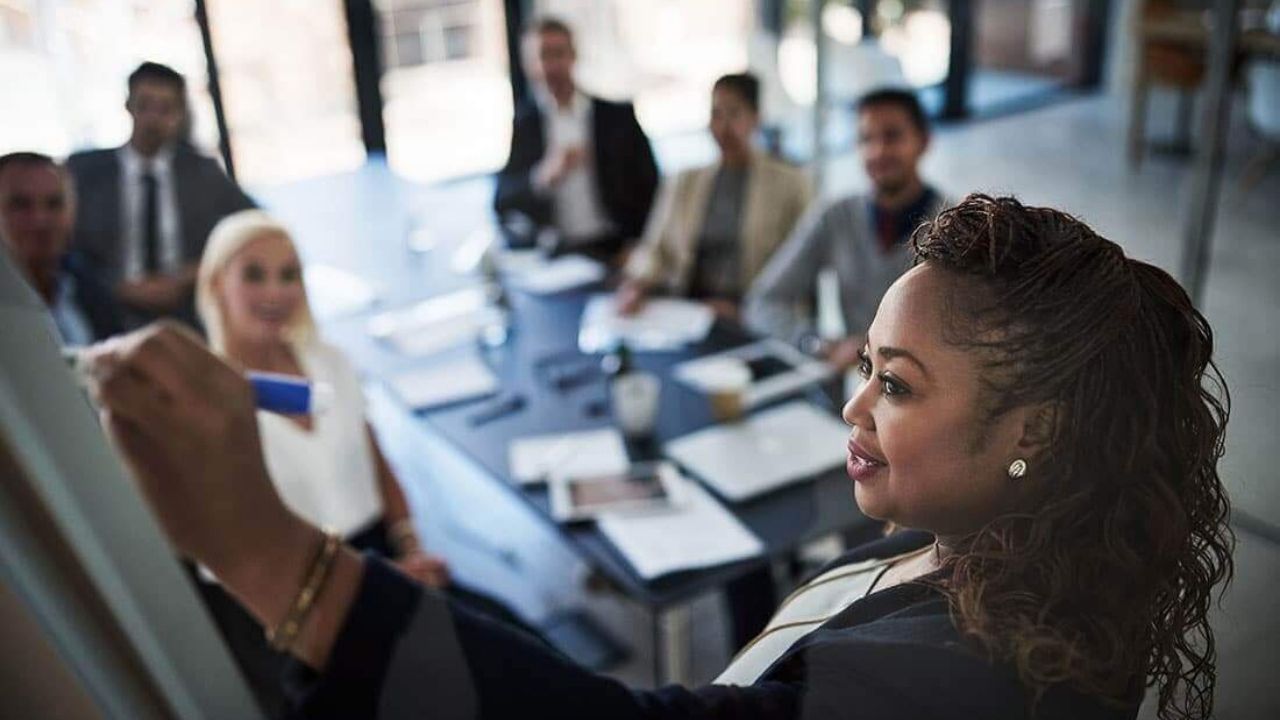 Entrepreneurship is a hard journey. For many days, you would surely overwork yourself and make little or no money. But if you remain consistent, you can pull through on this phase of living.

The internet is replete with stories of people who entered their entrepreneurial journey with no money but have built a gigantic business out of it. A vivid example is Jeff Bezos, who left his position as the Vice President Of an Investment Firm, DE Shaw, to start his company Amazon in his garage.

As a black man, the challenges increase as you have to deal with racial intolerance among a host of other problems. But some so many black entrepreneurs have scaled through this path to become wealthy and influential.

In listing these entrepreneurs, we will highlight their type of business, growth path, and industry. A good number of them have African descent, as they have faced terrible policies against their businesses, and it’s a very interesting fact.

Damola Ogundipe is a 26-year-old who is the co-founder and CEO of a great startup company called Civic Eagle.

As a young child, he maintained a prominent position with his grades, although his interests weren’t purely academic. He first attracted attention as a Minnesota Golden Gophers football player who also scored a degree from the Carlson School.

Today, this Nigerian native is performing wonders as one of the very few astounding CEOs of colour in the nation’s technology sector. He’s working to capitalize a mobile app and technology platform that combines civic engagement with social media, meant to raise political participation among traditionally hard-to-reach groups such as youth and minorities.

His company has huge investors like M25 Ventures, The Syndicate Fund, PurposeBuilt Ventures, etc. This has helped them reach funding of at least $2.3m since their existence.

Diishan Imira is the founder and CEO of Mayvenn, a technology company that reconditions how vital sales retail products move from manufacturer to consumer.

His vast background in international trade, logistics, and investment has given him the bedrock to run one of the most successful companies in the world.

Jason Chukwuma Njoku is a British-Nigerian business person. He is the co-founder and CEO of iROKOtv, a video-on-demand service for Nigerian movies.

This serial entrepreneur has had his fair share of failed businesses. Reports show that iROKOtv is his successful aim at a business after eleven failed attempts. The idea of launching a new distribution platform for Nollywood whilst living at home with his mum, aged 30, sparked him up.

Since then, this platform has accumulated the largest Nollywood catalogue in the world. They have investors such as Kinnevik AB, Tiger Global Management, and have raised over $30m in funding.

Kunbi Tinuoye is a British-born journalist and broadcaster based in the United States. She is the founder of UrbanGeekz, a groundbreaking video-centric African-American, Latinx, and multi-cultural digital news platform with its saim fixed on technology, science, business, and startups.

Since its inception, UrbanGeekz has gained recognition from the Technology Association of Georgia as an innovative media platform that’s impacting the tech entrepreneurial ecosystem in the state and beyond. She remains one of the most innovative black entrepreneurs in business.

Adelanwa Adesanya is an entrepreneur, business executive, and digital health specialist. He is the co-founder of Moving Analytics, a mobile health company seeking to eliminate cardiovascular disease through digital disease management programs.

An engineering graduate from the University of Houston, he turned to an entrepreneur that merged technology with healthcare to improve cardiac attack care. His company, Moving Analytics, grants access to a digital rehabilitation program that helps hospitals implement home-based care to patients.

His clinical protocols and technology help keep up a quality care attitude outside a common hospital setting. Some of his major investors are Stanford University and Impact Engine, as he has raised funds in tune of $2.5M for the business.

Asmau Ahmed is a senior strategist responsible for leading many corporate strategies and digital innovation for established and emergent organizations in several industries including financial services, and consumer retail.

She is the CEO of Venture-Funded Tech Startup, Plum Perfect. This platform is a place where people find the perfect makeup for their skin tone using the front camera of their device. They’ve raised over $10M and have investors like Kapor capital and 37 Angels backing them.

She appeared on CNN’s award-winning documentary Black in America. As the leader of Streamlytics, she uses data to measure what media people are consuming across streaming platforms. Her business has received a sizeable amount in funding as her investor is Issa Rae.

Kimberly Bryant is an African American electrical engineer with deep experience in the biotechnological field. In 2011, Bryant founded Black Girls Code, a non-profit organization that focuses on providing technology and computer programming education to African-American girls.

The nonprofit has over 3,000 students so far and continues to grow. In 2013, Business Insider named her as one of The 25 Most Influential African-Americans in Technology. Her company has huge investors such as General Motors and Kristy Tillman, and she remains one of the leading black entrepreneurs in business today.

Ashifi Gogo always had a serious passion for providing simple solutions to complex international business problems requiring multi-stakeholder engagement. He is an entrepreneurial leader and the co-founder of Sproxil, a company that fights the proliferation of counterfeit drugs in Africa.

His company Sproxil has a huge investor like MassChallenge fulling backing it. And this backing has helped them raise about $2.3M in investments.

Christopher Gray founded Scholly, a mobile and web app that helps students access scholarships for college after he won scholarships for himself. After he got a prominent feature on ABC’s Shark Tank, landing a deal with Daymond John and Lori Greiner, he holds the record for starting the biggest fight in the show’s history.

His company has investors like Daymond John, Dorm Room Fund, as they’ve raised over $45k.

Jessica O. Matthews is a Nigerian-American inventor, CEO and venture capitalist. She is the co-founder of Uncharted Power, which made Soccket, a soccer ball that can be used as a power generator.

She has been named on the Forbes 30 Under 30 list in 2014 as her company has received about $12.5 million in funding. The company has investors such as BBG Ventures, Magic Johnson Enterprises.

Morgan DeBaun is an African American entrepreneur. She is the Founder and CEO of Blavity Inc., a portfolio of brands and websites created by and for black millennials.

RELATED:  How to Start a Business From Scratch In 2022: Easy Step-by-Step Guide

Her desire to start and build this brand erupted from the fact that black entrepreneurs were not getting the publicity they deserve for all their hard work and effort.

Since her business started, she has received funding from Knight Enterprises Fund, Harlem Capital Ventures, and Comcast Ventures, etc. And these investors have helped her raise a funding of $9.4M.

Natasia Malaihollo is the CEO and co-founder of Wyzer. She started her career as a patent specialist before starting her first company Sooligan. Today her startup company gamified customer feedback collection, analytics, and reporting as she remains one of the most successful black entrepreneurs.

Since the establishment of this company, they’ve garnered about $2.1M in funding as their major investors are Rough Draft Ventures, The Brandery, StartFast, etc.

Buying and selling furniture online was a sort of problem. Whenever anyone got a piece of furniture, they felt they were stuck with it for life.

Reham who has an entrepreneurial mind founded AptDeco to help people buy and sell amazing furniture online. AptDeco has a strong and verified community of buyers and sellers, and pickup, delivery, and payment options. AptDeco eliminates every stress purchasing a piece of furniture online can bring.

Tope Awotona is the founder and CEO of Calendly, a simple and beautiful scheduling tool that allows you to schedule meetings sending no emails. With a Calendly link, you can find free sessions in a person’s calendar and fix a convenient time for a meeting.

With Calendly completing their latest round of funding which amounted to over $350 million, they keep building serious interest among many business professionals.

When you consider this list of black entrepreneurs, you will have stronger evidence to prove that people can rise from obscurity to become individuals that can create impact and build communities.

So, if you’re a black entrepreneur making consistent efforts to provide value to your community through a product or service, never be weary because you too can become big like these entrepreneurs.