How Much Money Does A Psychologist Make A Year

The field of psychology is on the rise and is expected to continue its rapid expansion as an industry. According to the Bureau of Labor Statistics (BLS) Occupational Outlook Handbook, employment of psychologists is expected to grow much faster than the national average, with approximately 26,100 psychologist jobs added between 2018 and 2028, a 14 percent increase.

Using occupational data from the Bureau of Labor Statistics, we’ve analyzed and compiled a list of average psychologist salaries by state in the United States. This article is a comprehensive guide to how much money these professionals make a year and the various careers in psychology that pay well.

Who is a Psychologist?

According to the American Psychological Association, psychology is the study of the mind and behavior. It is the investigation of the mind, how it functions, and how it influences behavior. A psychologist uses psychotherapy to treat a patient, assisting in the relief of symptoms through behavioral change. The psychiatrist’s role as a medical doctor is more focused on prescribing medication and other interventions to manage mental health conditions.

A practicing psychologist will meet with patients, conduct assessments to determine their concerns and what is causing any difficulties, and then recommend or provide treatment, such as counseling and psychotherapy. Psychologists may also have other responsibilities.

They may conduct research to advise health authorities and other bodies on social and other strategies, assess children who struggle to learn in school, give workshops on how to prevent bullying, work with corporate recruitment teams, and much more.

Why do Psychologists Earn a Lot?

Psychologists mostly earn a lot because of the importance of their job. Essentially, psychology helps people because it can explain why people behave the way they do.

A psychologist with this level of professional insight can help people improve their decision-making, stress management, and behavior by understanding past behavior in order to better predict future behavior.

All of this can lead to a more successful career, better relationships, increased self-confidence, and overall improved communication.

Despite the media’s popular stereotype of the private practice therapist, psychology professionals can work in a wide range of industries and fields, from education and criminal justice to marketing and politics.

Since they play such an important role in every aspect of our lives, it is only natural that they earn as much as they do.

Also, see how you can apply for the position of a secret service agent and the intricacies involved in the hiring process.

Where do Psychologists Earn the Most Money?

According to the BLS, the national average annual wage for a psychologist is $85,340, which is approximately 64% higher than the average annual wage for all occupations, which is $51,960. However, salaries can vary dramatically from state to state, more so than salaries for many other occupations. The states with the highest pay for professionals are-

Where do Psychologists Earn the Least Money?

The bottom ten states with the lowest pay for psychologists are geographically diverse, but patterns emerge. The states with the lowest salaries are the United States South, Upper Midwest, and Mountain Division of the West. The average salary in West Virginia, the lowest-paying state is more than $26,000 less than the national average. Here are the ten worst states for psychologist salaries:

How Much Money do Psychologists Make in a Year?

Some people in psychology make around $40,000 per year, while others make six figures. Psychologists who work in schools or the government typically work full-time Monday through Friday during normal business hours.

Those who work in hospitals or other healthcare facilities may be required to work in the evenings and on weekends. In addition, psychologists in private practice usually have the freedom to work their own hours.

RELATED:  Is Technology A Good Career Path? Yes or No!

What Careers in Psychology Make the Highest Amount in a Year?

Psychiatry, as a medical profession, is inextricably linked to the study and application of psychology. Approximately eight years of post-secondary education. Following completion of a bachelor’s degree, aspiring psychiatrists must attend medical school and then complete a four-year residency. Psychiatry is one of the most lucrative fields associated with psychology.

However, salaries in this field can vary greatly depending on your specialty, where you work, and the type of work you do.

Neuropsychologists are experts in the brain and cognitive science. People in this field frequently perform cognitive tests, run brain scans, assess people with brain injuries, and research how drugs affect the nervous system. They could work in colleges and universities, hospitals, research facilities, mental health clinics, and pharmaceutical laboratories.

Clinical psychologists have received training in the assessment, diagnosis, treatment, and prevention of mental illness. This is also the most common area of employment in psychology. Clinical psychologists can be found in a variety of settings, including hospitals, mental health clinics, and private practice.

Read This: What is Career Transition & How Does it work?

Counseling psychologists do many of the same things as clinical psychologists, such as providing psychotherapy and mental health treatment, but they usually work with clients who have less severe forms of mental illness.

While mental health is one of the most important areas of counseling psychology, some practitioners prefer to conduct research. They may also teach university courses or offer career counseling.

Forensic psychologists deal with legal-related psychological issues. Developing psychological profiles of criminals, dealing with child custody issues, investigating child abuse, providing expert testimony, preparing witnesses to testify in court, and providing training to law enforcement are some duties that a professional in this field may perform.

School psychologists work within the educational system to diagnose and treat children’s behavioral and learning issues. They frequently collaborate with other professionals, such as teachers and doctors, as well as parents, to assist children in overcoming social, emotional, behavioral, and academic issues.

Jobs in this field are expected to grow by about 11% over the next decade, according to the US Department of Labor’s Occupational Outlook Handbook.

Professionals in this field frequently concentrate on issues such as motivation and athletic performance. They use their psychological knowledge to help athletes perform better or to help people recover from sports injuries.

What is the most lucrative field of psychology?

Psychiatrist. Psychiatrist jobs are by far the highest-paying jobs available to psychology majors. According to PayScale, the average salary is $217,798. A psychiatrist should be board-certified as a psychologist.

How much does a psychologist make in Australia?

What do psychologists earn in Canada?

Is a career as a psychologist a good choice?

Yes. Psychology is a highly rewarding and financially rewarding field of study. A psychologist’s salary is determined by a variety of factors, including his or her educational background, area of specialization, and level of experience in the field.

Is psychology a lucrative field?

Psychology professions are extremely diverse, and salaries and annual earnings are equally so. In a down economy, many students have turned their attention to some of the highest-paying jobs in psychology.

While there are several careers with higher-than-average yearly salaries, it is important to remember that actual earnings are determined by a variety of factors such as geographic location, industry, educational background, and years of experience.

40 Tech Publications to Read as a Fast Growth Expert

What Jobs can you get with a Business Degree? | 2021 Update 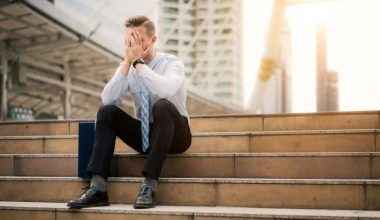 Read More
CCareer Tips
Have you recently been laid off from your job in Alabama? If this is the case, you may…
CCareer Tips
Virgos are often known for being perfectionists, analytical, and self-sufficient. When it comes to picking a career path… 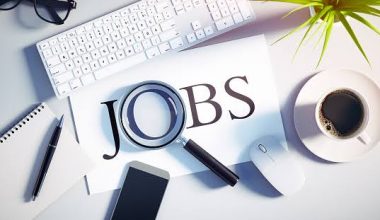 Read More
CCareer Tips
Seasonal jobs are primarily for people who want to make more money. If you reside in a city… 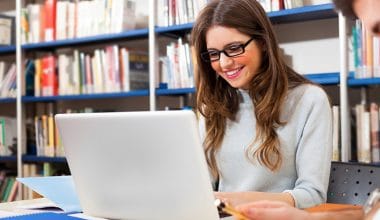 Read More
CCareer Tips
You have graduated, you should be excited. Another thing that waits is probably your graduation speech. You are… 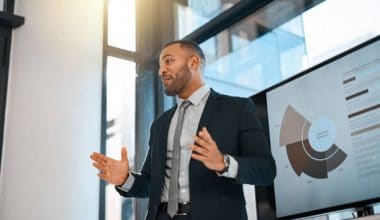 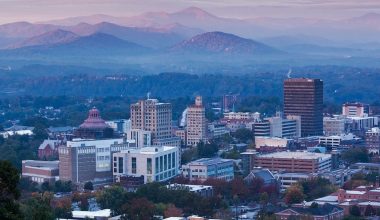 Read More
CCareer Tips
Some people lose their jobs for so many reasons. However, the government of North Carolina has made life…