Have you been wondering what the best-hidden home security cameras are? Go for the cameras that are disguised as everyday objects like the Panda cam for a nursery, a Wall Clock camera, a Desk Clock camera, or a Computer Speakers Camera for the home office.

A lot of people enjoy having hidden cameras, especially in their homes. It would be amusing to watch everyone act so naturally.

As opposed to everyone seeing the camera starting at them, and acting to please. Its only disadvantage is putting that fear in people because somehow, knowing there is a camera watching, could deter you from bad behavior.

Getting a hidden home security camera this year should be one of your top priorities towards securing your home and watching what is going on while you are away.

Have you been wondering what the best-hidden home security cameras are? Why you should get them and what is the cost?

We have highlighted these and much more in this article. Keep reading.

What Are Hidden Home Security Cameras?

A hidden camera is a still or video camera used to record people without their knowledge. The camera may be hidden because it is not visible to the subject being filmed, or is disguised as another object.

Such a camera may not be visible to the subject, for example, because it is fitted with a long-focus lens and located beyond the view of the subject, or located, say, behind a two-way mirror.

Hidden cameras may be used for household surveillance devices and may also be used commercially or industrially as spying.

Most hidden home security cameras are powered by batteries. Others are discretely plugged into the wall or attached to an electric system.

They do use wireless transmission, so you do not have to run a cable from the camera to the receiver. This makes them easier to use and easier to hide.

A hidden home security camera creates pictures like any other digital video camera. In a black-and-white surveillance camera, each detector simply gauges how much light there is at a particular place in the image.

In a color camera, each detector only measures red, green, or blue light, and then groups of three detectors are combined to show the color of light in a particular place. These individual photodetectors are then combined to make a complete picture.

Most hidden home security cameras come with motion detectors and a motor that automatically makes the camera follow any movement in the room. Other cameras just continue to focus fixedly on the same spot.

They also have radio transmitters on board, transmitting the image into a radio signal at a particular frequency.

The radio transmitter is typically not a large, powerful one, but a small one designed to broadcast the signal to a receiver in the same building. The image can also be recorded, either to a computer hard drive or some other storage media.

In some cases, the receiver will only store a couple of frames per second, creating a time-lapse picture of an area. This saves storage space and makes it easy to review the tape quickly later.

Why Do You Need Hidden Home Security Cameras?

Hidden security cameras have a wide range of practical uses that many people do not even consider, and they are particularly beneficial inside the home.

Some of the reasons you need a hidden home security camera are:

You Should Check Out: 10 Most Expensive Cameras In The World In 2022

The average cost to install wired security cameras is $150 to $500 per camera, depending on the type and labor rates.

This is ranked as the best-hidden home security camera. The camera is really small but its size does not affect the quality it offers.

Its camera packs 1080p FullHD resolution, Wi-Fi, and a micro SD card slot. The camera sensor is separated from the rest of the camera which allows you to easily position the sensor unit in the desired position.

The hidden home security camera offers quick set up within minutes with no complicated settings needed.

This hidden home security camera is one of the smallest cameras out there. It has all the best features with a camera base that has a strong magnet which you can use to attach to any metallic surface.

This hidden home security camera is located in a wall clock. It has a video resolution of 1080p FullHD, supports up to 32GB SD card, has high charging voltage, and is iOS and android supported.

With the hidden home security camera, you can view live streaming video on the smartphone app.

You won’t miss anything when you are not looking because the spy camera can take a micro SD card to capture motion detection clips. 24/7 recording is also possible with AC power. It is one of the best-hidden home security cameras.

This USB charger looks normal enough but underneath lurks a monster of a spy camera. This camera packs 1080p FullHD resolution, Wi-Fi, and a micro SD card slot.

RELATED:  16 Most Expensive Violins in the World

The wide-angle lens can capture everything in a 90° field of view.

With the camera, you can also have access to loop recording, motion detection recording, continuous recording. It has a free app for iOS & Android smartphones/tablets.

Measuring just 1.65 inches across, this is one of the best-hidden home security cameras. It can be used in various ways.

You can use this as a wearable spycam, a drone camera, or pretty much anywhere you can think of. The 380mAh built-in rechargeable battery makes this possible.

The camera also has infrared night resolution and you can never go wrong with its built-in 380mAh rechargeable lithium battery. It also has motion detectors and continuous recording.

This innocuous-looking 5-port USB charging tower conceals a powerful 1080p camera that you can wirelessly access from a smartphone.

A standout feature is the ability to define activity zones for motion detection just like more expensive IP cameras.

It has the features of real-time video recording, with video resolutions of 1080P/720P/640P/480P. It has a motion detection feature, with a push-alert message.

Ranked #7 in the list of best-hidden home security cameras, this camera has built-in Wi-Fi that allows you to control, view, and stream video from a smartphone anywhere in the world.

In addition, it has a concealed 125-degree bottom viewing angle camera lens that houses a 1080p Full HD camera and can run on battery power for 180 days.

This camera also has data and time stamping, a feature that most other cameras do not have.

The Toughsty portable Wi-Fi camera is one of the best-hidden home security cameras that supports connecting to a Wi-Fi network or directly to a mobile device using a P2P Wi-Fi connection.

This wall clock is a perfect cover for keeping an eye on the nanny or for general security purposes in your home or office. It is one of the smartest ways to have a hidden home security camera.

The camera is made of high quality, durable materials and has a 720p video resolution, AVI, and JPG format support. Most of all, it has a wireless distance of <50m

The Taozhi Wi-Fi Spy Camera is highly spoken of as one of the best-hidden home security cameras.

Basically, the lens is separated from the main body of the camera, making the lens incredibly small.

The bulk of the camera is in the connected body which houses the built-in 600mAh battery, the micro SD card, the USB port, the reset button, and action LEDs.

This camera has a wide-angle 90° coverage and also a record on motion detection supported, with a 6 meters’ range.

The EsiCam Panda Camera is perfect for use in the nursery thanks to its cute appearance. Whether you want to use it as a baby monitor, or a spy camera, the 1080p resolution, and the built-in IR LEDs make it the perfect fit.

It is easy to install. Has two-way audio; a built-in microphone and speaker and also has motion detection.

RELATED:  The Best Tax Software For 2022

It is supported on iPhones and Android devices. It also has motion detection with email alerts with 150° wide-angle lens, IR night vision, and Wi-Fi wireless connectivity

This is one of the best-hidden home security cameras. It supports Wi-Fi and an effective wireless radius of 49ft.

This well-reviewed IP camera is hidden inside a bulb. It is an IP camera and supports Wi-Fi.

The 360-degree fisheye lens gives you a surround-view of the room. It has built-in IR LEDs for night vision and supports motion detection alerts.

Also, it also has a remote that you can use to activate recording manually. It also supports a maximum 64GB SD card which provides a local recording option.

You can connect to the bulb and watch the real-time video or make it record motion detection clips onto the SD card. It can also send push notifications to the smartphone app.

Ranked #15, this camera is mostly attached to PCs. It has a 1.3 MP, 720P camera support with fast Wireless-N speeds.

The IR cut filter enables proper night vision. It is one of the best-hidden home security cameras.

Home video surveillance is very popular these days with advanced cameras being so affordable.

After you have decided to get any of the 15 best-hidden home security cameras, make sure you analyze the room you want to place the camera in and make sure you get a good view.

Also, go for the cameras that are disguised as everyday objects like the Panda cam for a nursery, a Wall Clock camera, a Desk Clock camera, or a Computer Speakers Camera for the home office.

Yes. Most hidden home security cameras need batteries to be powered on which limits their recording time and use.

Does a hidden camera need Wi-Fi?

Some do need Wi-Fi. However, while Wi-Fi is the most common way to have security cameras, it’s certainly not the only way a person can have the camera they need for peace of mind and protection.

Can a cell phone detect a hidden camera?

Yes. If you suspect you’re being watched via a hidden camera somewhere in your house or private space, your Android phone is a useful tool for detecting certain types of surveillance equipment. The camera lens on your Android phone will pick up infrared light if you hold your device close enough.

How can I hide my camera in my house?

Some of the places you could consider putting your hidden home security cameras are- artificial plants, curtain rods, entertainment centers, hollow books, medicine cabinets, tissue boxes, amongst others.

How can you tell if someone has a hidden camera in your house?

Check for the reflective lights from the camera lens (like using a flashlight).

How To Buy More Storage On iPhone in 2022: All You Need to Know? 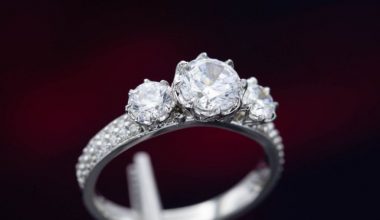 Read More
BBest Buys
When you think of getting that special person something special like a ring, you might be wondering that… 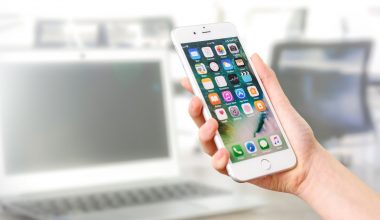 Read More
BBest Buys
The iPhone can do so much more than voice-to-voice or FaceTime communication. By exploring Apple’s App Store, you… 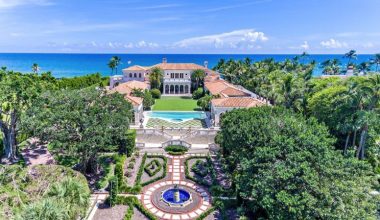 Read More
BBest Buys
The United States of America is known to have a lively and beautiful real estate scene. The country… 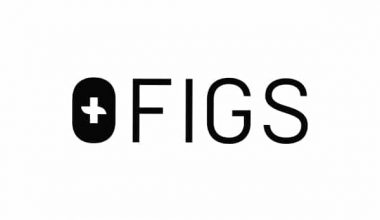 Read More
BBest Buys
You are in the right place if you arrived here while searching for Figs discount codes, Figs discount… 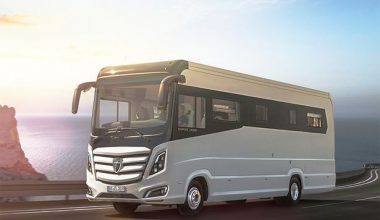 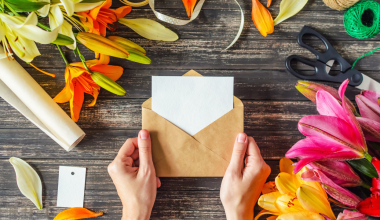