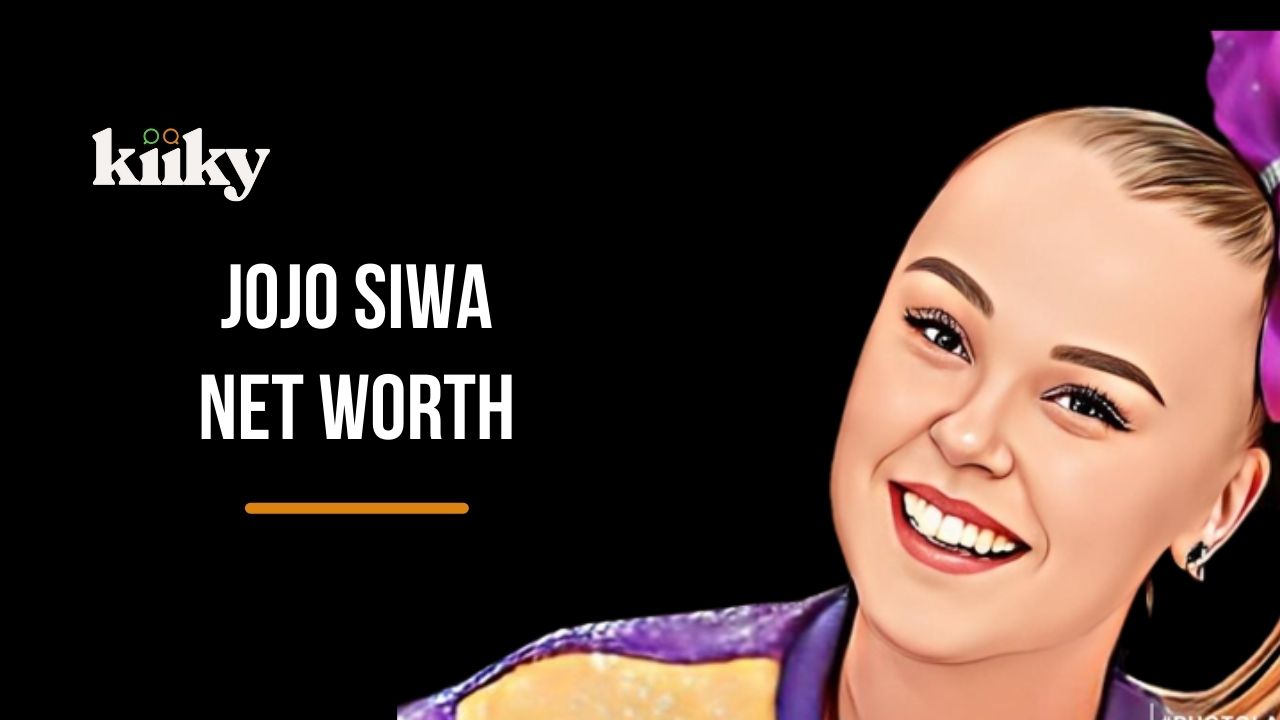 Jojo Siwa’s net worth is estimated to be $14 million as of 2022. Initially, television was her sole source of income, but as her influence grew, she amassed enormous wealth. She is now making money from YouTube, brand labels, and music streams. Siwa is set to appear on the thirty-first season of Dancing with the Stars, so her popularity is likely to rise further.

Jojo Siwa’s net worth is estimated to be $14 million in 2022. Jojo Siwa is an American singer, dancer, actress, and YouTube personality best known for her appearance with her mother on ‘Dance Moms.’ Siwa’s other hits include ‘Boomerang’ and ‘Kid in a Candy Store.’

On her YouTube channel, ‘It’s JoJo Siwa,’ she regularly posts videos of her daily life. Have you ever wondered what JoJo Siwa’s net worth is? The American singer, dancer, and YouTube personality is extremely wealthy.

Jojo Siwa, at the age of 18, has already accomplished more than most people do in a lifetime. Jojo Siwa has a net worth of $14 million as of 2022, thanks to her appearance on the show Dance Moms. This post will show how she accomplished her success.

Joelle Joanie Siwa was born on May 19, 2003, in Nebraska. Siwa is Jessalynn and Dr. Tom Siwa’s daughter. Jayden, her older brother, is her only sibling. She started her career as a finalist on the second season of Abby’s Ultimate Dance Competition. Abby Lee Miller of Dance Moms produced the competition.

Siwa followed her television debut with a two-year stint on the show Dance Moms. She would appear alongside her mother, and the two would quickly become fan favorites. Siwa was known for speaking up for herself and not being afraid to challenge dance coach Abby Lee Miller.

Her ability to stand her ground at such a young age wowed the audience. She amassed a massive fan base and was far more popular than the show itself by the end of her two-year stint.

Siwa, like Addison Rae, would start to monetize her influence. She planned to use her following to launch a YouTube channel. The content ranged from Siwa going about her daily business to her interacting with celebrities.

The channel was a huge success, with over 12 million subscribers at the time. Siwa would pursue a singing career after achieving success on YouTube. Boomerang, her debut song, was released in May of 2016, and it addresses online bullying.

Boomerang was released alongside a video that has over 900 million views and 2.5 million likes. Because of the success of the song, Siwa was named Vivid Seats’ breakout artist of the year. She was only 13 when she released Boomerang, demonstrating how large her fan base is. Siwa and her management were well aware of her power and would venture into new ventures in the hopes of repeating her success.

Siwa was in a relationship with TikTok star Mark Bontempo from August to November 2020. Siwa revealed on social media in January 2021 that she is a member of the LGBTQ+ community.

When a fan inquired about her label, Siwa responded that she does not label her sexuality because she “doesn’t really know this answer.” Siwa revealed in February 2021 that she was dating her best friend, Kylie Prew, who had asked her to be her love interest just a month before.

“Technically, I’d say I’m pansexual,” she later explained, “and that is how I’ve always been my entire life is just like, my human is my human.” Siwa stated in the same interview that she also uses the terms “gay” and “queer.” Siwa confirmed in November 2021 that she and Prew had broken up after 9 months together. [

Jojo Siwa has a big, bold, and colorful personality, and her house reflects that! The Dancing with the Stars contestant is no stranger to glitz and glamour, and her home is no exception.

Jojo has an impressive abode in Tarzan, California, which cost $3.4 million, and to say it turn heads is an understatement. She lives with her family, but it appears that JoJo is in charge of decorating.

Here’s a list of the awards Jojo Siwa has won so far:

We invariably turn to JoJo Siwa’s words of wisdom when trolls get us down or we need advice on dealing with bullies. Whatever the situation, JoJo always knows exactly what to say to make us feel better.

Her quotes can be used for so much more than just getting through the day. Many of her encouraging words and song lyrics, for example, make excellent life quotes.

Siwa is an excellent dancer who performed admirably in Abby’s Ultimate Dance Competition. She rose to prominence, however, when she stood firm and spoke out against her coach. That spark was instrumental in shaping her into the person she is today. It’s critical not to let people walk all over you, to be self-assured, and to recognize when someone is going too far.

Siwa made a name for herself as a good dancer and television personality and has never looked back. She had no boundaries, which allowed her to successfully branch out into fashion and singing. No matter how successful you are in one field, you should always consider your next move and how you can diversify yourself for the better.

FAQs about Jojo Siwa Net Worth

Jojo Siwa’s net worth is estimated to be around $14 million.

Her annual salary is $2 million, according to sources. Her main source of income is from her YouTube channel, songs, acting, and dancing. Jojo also earns money from her hair brow product, decor, and other accessories business, brand promotions, and co-authoring various books.

Jojo makes a living as an actress, singer, dancer, and YouTube personality in the United States. She rose to prominence as a result of her vlogs, which she posts on her YouTube channel, which has 12 million subscribers, and her appearance in the show Dance Moms with her mother.