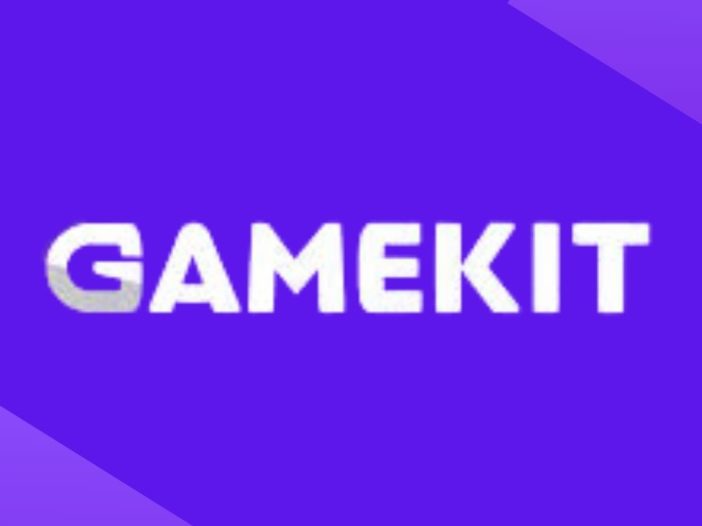 Are you an ardent game lover who would like to earn points or gift cards just by playing new games? Well, Game kit is a service that lets you have that and probably more.

This Gamekit review has been put together to help you understand better and answer your questions like “What is Gamekit?”

Gamekit is a gaming platform that promises its users rewards like gift cards for just playing games. This controversial service acts as a marketing tool for brands looking for an audience to try out their games.

They tell us that profits earned from deals are shared with gamers in form of points.
Whether this is true or not, we cannot give a verdict.

But what we can do is write a game kit review based on a series of research and in very few cases experience.

This post covers all the controversies around Gamekit and helps you decide if it’s legit or a scam.

Before that, take a look at the table of content below.

Game kit is an online video gaming platform in over 30 countries which connects brands looking for gaming audiences to gamers around the world.

To do this, brands who want to get the word out about their games pay gamekit to reach the audience. Game kit in turn pays these gamers by giving them points for playing these games.

With over 15 million users, gamekit has proven that its point-rewarding system is legit and these users can exchange the points for rewards or anything available on the site like skins, full games, and gaming currency. This incentive increases traffic towards a game or the website in general.

Now, Game kit tells us that they really reward points to gamers. There could be more or less. We’ll find out later. But for now, let’s see how it works.

How Does Game kit Work?

To know how gamekit works, you have to first download and install the game kit app. Once you have signed up, you can start earning points immediately.

To do this, go to the “earn points” page and select one out of the many options for earning points.
Afterward, you will be presented with a list of the different steps you have to take to complete your task and earn points. This varies depending on the game you choose to play. In some cases, you will need to show proof of completion of a task that shows your progress.

On completion of your task, you will receive your reward in form of points (PTS) and experience point (EXP). You can choose to exchange your rewards for points, while the ‘EXP’ helps you increase the level of your account.

Some users say this feature is good because it indirectly forces you to complete your tasks by limiting your access to certain games. As a lover of video games, wouldn’t you want to play as many games as possible without restrictions?

The downside to this point is that even if you have the required amount of PTS for a reward, if you don’t have enough EXP, you can’t redeem it unless you have reached the required level.

This sparks a lot of disagreement amongst users as some feel it’s unnecessary and just prevents you from redeeming your PTS. This leads us to our next discussion.

People who read this content, end up reading Get Paid To Play Games: Best Gaming Platforms

How To Earn Points On Gamekit

Earlier we said that you can start earning points immediately you sign up for Game kit. Let’s look at the several ways you can earn points on game kit below:

Of all these methods, playing games seems to be the most popular way to earn points on game kits.

Is Game Kit Legit Or Scam?

The question “Is Game kit legit or scam?” has to be the most important question in this gamekit review. The truth is that gamekit is neither legit nor a scam. Hold on, I’m not saying it’s a total scam but it’s just as legit as it could be a scam.

Let me show you a break down of some criteria that brings about my judgment. You too can decide which it is- either legit or scam.

Gamekit is a good service that lets you earn points that you can exchange for different gift cards and game codes. Some users who were asked to wait between 2 to 4 weeks for their Eurocard got it 2 days later. Some also received their steam gift card immediately.

Trustpilot is a trusted website for review and game kit has a Trustpilot score of 3.8 which is fair enough. Nonetheless, it’s possible for companies to alter review scores so nothing is entirely certain.

#3. They give out points and rewards.

Game kit gives out points and rewards to its users. However, some points you earn may not give you a game that was worth all the effort you put into redeeming the points. This is why we have to talk about the scam side of gamekit.

Unfortunately, there are more bad sides than there are good sides when it comes to Gamekit. Some of the bad business practices they have taken up has reduced the user experience. Which in turn drives away potential users.

Let’s look at some scam sides of gamekit below.

When users earned the points needed to play a particular game and asked to exchange the points for rewards, gamekit shut their account on grounds of cheating and illegal activities. Some mentions are seen here and here.

Even after users showed evidence that the pints were earned honestly, Gamekit did not reverse their decision.

Now to someone who put in a lot of effort into getting that point, this is totally unfair. This act puts gamekit in the spotlight of being a scam.

A good number of gamekit users say they receive the same games when purchasing the so called “random” steam keys. Gamekit is totally aware of this and does nothing about it.

The number of people that get duplicate games rule out the fact that these steam keys are really “random”. Some users say they are a limited collection of old and unpopular games.

The value of the rewards given by gamekit is not worth the effort put into redeeming the rewards as the value of prizes is very low considering the amount of PTS required.

Another thing that puts gamekit in the spot for being a scam is its unprofessional and irregular change of eligibility requirements for rewards.

Some users complain that as soon as they reach the required level to redeem their points, game kit changes the requirements. When the customer care was contacted, they had no tangible information on how to rectify the matter.

They even go further to threaten users for “allegedly spreading false rumors about their site”. This shows how gamekit is trying to hide the bad reviews they have.

#5. Removal of Some of Its Appealing Features

Gamekit has gradually removed some of its features such as contests and giveaways that a lot of users were excited about without any relatable information to its users. They even went as far as increasing the cost of the rewards.

At this point, if you still choose gamekit, I think there’s nothing that can affect your decision. Oh, hold on! I think something can, let’s look at reviews of some Game kit users over the years.

Check this out too 17 Game Night Ideas That Are Really Fun.

Game kits rewards and the point is nothing if the users are not happy with how the system works. A lot of game kit users around the world have a lot to say about the gamekit app.

Let’s look at a few of them below.

Gamekit’s Customer Support is absolute trash! 0/10! I have got tokens from their site which later turned out to be deactivated so I have contacted them, after a long time of chatting with a moderator, he finally said “We’ll look into it. We will investigate it, I will talk to my supervisor” It’s been over a month! I have been sending messages but no replies. 0/10- A Reddit user – u/KoderYT

piece of bull bit stinky crapt, I used to live in the UK, then I moved to Norway, and they banned me. jisus christ, what a stupid system, and I used that crap for 2-3 years. and now they nothing cant do. f.king polish 1diot- Эрник Ра. on Trustpilot

Got my $10 to Steam wallet from the giveaway. Thanks.- Timofey on Trustpilot.

Generally, Game kit has a trustpilot rating of 3.9. A score they are not proud of as they dropped from 8.4 to 3.9.

RELATED:  How To Watch College Football Without Cable For Free | 7 Legit Ways

Having accepted this, lets go further to know how you can earn on this video gaming platform that has a lot of scammy features.

How to Earn On Game kit

Gamekit is unlike other app that help you earn money. The rewards you get here are not paid in cash but in gaming currency, gift cards and so on.

However, the other side of this is that it helps you save money for free. This is because there are some games that you have to pay to get access to ordinarily. Well, game kit gives you access to play those games and in some cases, reward you for completing the tasks.

For the sake of this heading, let’s see how much you can earn on game kit and if it’s possible.
Currently, gamekit has several surveys that can be completed in an estimate of 17minutes.

On completion of these surveys, the users are rewarded with 174PTS. If you can complete surveys like this without breaks in between, you’d earn about 580 PTS each hour.

Also, Gamekit has over 17 million registered users and gives out rewards worth about 5.5 million dollars. Users claim that they have earned gift cards worth $10 within a space of two weeks.
Since you love playing video games, you can as well monetize your hobby. You ain’t hurting no one.

How to Join Game Kit

To Wrap This Up

Although I can’t give my 100% review to Gamekit as it has a lot of downsides as compared to its good sides, I still advise you to check it out for yourself if you are a game lover.

I hope this Game kit review has answered your “what is Gamekit ” question.

If there’s anything you think we missed out or you would like to add, let us know in the comment box below!