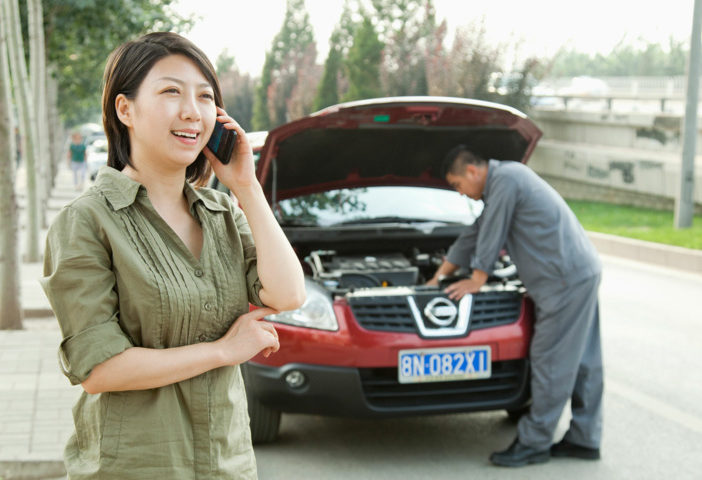 Stuck between choosing one of the three biggest players in the breakdown cover industry – AA, RAC, and Green Flag? Then, you are definitely in the right place. Here, I will be outlining what makes each of them stand out in this Green Flag Vs AA Vs RAC debate.

Breakdown cover is a necessary evil; you buy it in the hope that you aren’t ever going to use it and when you do you want a mechanic there within minutes who can fix your car and get you on your way within seconds.

Additionally, while buying a breakdown cover, you want and love to get the best value for your money.

So, this article has been written to ensure you get the best value even while buying from the biggest market players – Green Flag, AA, or RAC.

Before we look at what differs among these breakdown companies, let’s get an overview of what each of them represents.

What is Green Flag?

Formed by a group of motoring enthusiasts in 1971, Green Flag is the newbie amongst the ‘Big Three’ with the AA and RAC tracing their lineage over 100 years. It was first called the National Breakdown Recovery Club before it became Green Flag in 1994.

Green Flag (and some other smaller, independent recovery clubs) were the first companies to offer nationwide recovery thereby forcing the AA and RAC to follow suit shortly afterwards; they also offered accident recovery from the beginning, something that was unheard of at the time.

Take Out Time to Check Out; Selling an Upside Down Car to CarMax | What Does it Mean?

Green Flag’s ‘route finder’ has been voted the most effective route map of the 3 major breakdown companies in the UK.

The  Automobile Association, AA was founded by a group of motorists in 1905 to warn motorists of a police speed trap (something that would be illegal now). They famously saluted members as they drove past – unless the police were out and about on that stretch, in which case they would stand without saluting.

This system was developed in 1910 following a test case in which an AA Patrolman was found guilty of ‘obstructing an officer in the course of his duty’ for saluting to warn of a speed trap(the absence of a salute was not seen as a warning, by itself). This continued until the 1960s and was a valuable reason for joining the AA. In 1939, they had 725,000 members, a staggering figure that represented 35% of all motorists.

The AA has always been on the side of the motorists. In fact, they were the first to erect road signs to warn motorists of speed limits, road conditions, and other hazards and continued to do so well into the 1930s, when responsibility passed to the relevant local authority.

They also launched legal cover in 1973 for their members and were the first motoring organization to develop a ‘Relay’-service.

The legal cover promised to take a motorist, their family, and their broken-down car (and caravan or trailer) to any location within the UK if it couldn’t be repaired at the roadside. This was really groundbreaking stuff at the time.

The AA has 15 million members today, making it the largest motoring organization and the one that employs more patrols than anyone else.

The RAC also has a long association with motorsport, first organizing the British Grand Prix in 1926 held at Brooklands. This inaugural Grand Prix featured well-known names such as Malcolm Campbell and Henry Seagrave and covered 110 laps of the 2.61-mile banked circuit.

Someone calls the RAC Breakdown service every 7 seconds. The company claims to have more patrols per member (over 1,750 patrols currently) than anyone else and has a target of 40 minutes to reach a member in distress.

The RAC can provide a Personal Cover that gives cover regardless of what car you are driving or a Vehicle Cover that covers the car no matter who is driving.

Now, let’s know what makes each of these breakdown companies stand out.

What are the Differences Between Green Flag, AA And RAC?

If you to get the best value, which breakdown cover is the best between Green Flag, AA, and RAC? What differentiates Green Flag from AA and RAC?

Here are some factors we considered to help you make your choice:

# Green Flag Vs AA Vs RAC – What they Cover: the Car or the Driver, or Both?

This is a fundamental point to consider and one that will help you decide who to take breakdown cover out with.

All three breakdown providers cover the vehicle. However, the AA and the RAC can also cover an individual regardless of which car they are in. So, this will be the best option if you regularly drive, or are a passenger in, a number of different cars.

If the size of the company really matters to you, first and foremost, bear in mind that Green Flag, AA, and RAC are all big companies in the car breakdown market. So, none are likely to go under leaving you stranded because they all have the resources to deal with your problems, no matter how big and the European country you find yourself in.

However, to satisfy your curiosity, this is what you should know:

Basically, you will get the best price with these big-three breakdown companies if you buy online. However, it is also worth looking out for special offers in newspapers and at shows if you aren’t in a hurry.

That being said, here is what you should know:

Traditionally Green Flag has been the cheapest of the three breakdown company with the AA and RAC being level after that.

Regardless, note that all are very keen to attract new members and often reserve their best deals for them, something that you can use at renewal time.

#4 Green Flag Vs AA Vs RAC – Speed of Response

Green Flag leads the field when it comes to responding quickly. It claims that its average response time is 30 minutes, a figure that is helped by employing a network of local agents to act on their behalf. The RAC aims to reach its customers in 40 minutes while the AA doesn’t quote an average response time.

Now, which breakdown cover is the best at repairing cars at the roadside?

Again, Green Flag takes the lead repairing 86% of all cars at the roadside.

RELATED:  What is an Insurance Policy (Overview, Everything you should know)

Meanwhile, the AA and RAC tie for second place with both claiming that they can fix 80% of breakdowns at the roadside. Interestingly, the AA, however, claims that it takes an average of 30 minutes to effect roadside repairs; neither Green Flag nor the RAC quote for repair time.

#6 Green Flag Vs AA Vs RAC – What if I’ve already Broken Down?

Both the RAC and the AA will provide breakdown cover, even if you’ve already broken down, but don’t just expect to get their best price.

Another important point to consider is the breakdown company’s reputation – do their customers like them and would they use them again?

For Green Flag, its claims regarding customer satisfaction are limited to telling us that they won the 2010 Your Money award.

On the other hand, the AA claim that 95% of its customers would recommend them to a friend, showing that the majority of its customers are highly satisfied with the service that they receive.

Meanwhile, the Institute of Customer Service rated the RAC number one in the UK Customer Satisfaction Index in 2010. The company also won the 2009 J D Power ‘Roadside Assistance’ award for the fourth year running.

Another point to consider is the ‘extras’; are they important to you?

Basically, the ‘extras’ that the three breakdown companies provide vary too. For instance, the AA has a directory of discounts for members, covering dining, days out, other AA products and services, parking, clothing, car repairs, and holidays. The company claims that its members can save up to £300 a year by using the directory.

Meanwhile, the RAC offers a no-claims discount that can reduce the cost of membership by 10% for every year that you don’t call them out, up to a maximum of 50%.

Green Flag also offers a no-claims discount too and they will even protect this once you have had four years within making a claim. Additionally, they will give you £10 if they don’t reach you and your broken down car within one hour of calling them.

For more information on any of these breakdown covers, visit their respective websites via the links below:

GREENFLAG
THE AA
THE RAC

Green Flag Vs AA Vs RAC – Which Is Better?

It’s not an easy task to say which is better among the three. It is even more complicated because everyone’s requirements are so different. However, by looking at your priorities, attitudes, and needs, you to narrow it down a bit to what’s best for you.

Here’s an overview of the main features of the three biggest operators (Green flag vs AA vs RAC):

We have made available everything you need to know about the three biggest breakdown cover operators in this article which include Green Flag, AA, and RAC to help you make your choice on which of the service providers to use.

So, the ball is right in your court to play!