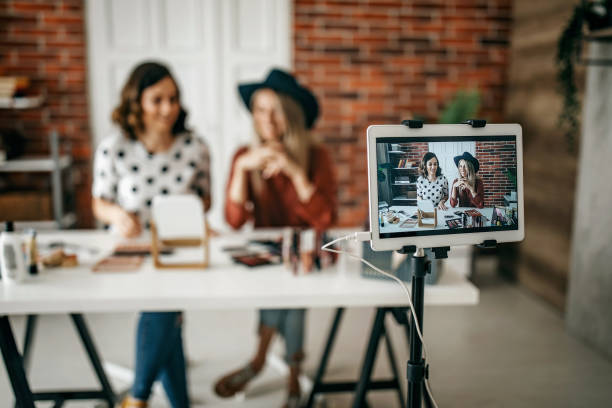 Even though only 38% of YouTube users are women, plenty of women post videos that get millions of views. Most popular YouTubers are women who talk about fashion, cooking, or makeup. You can also find comedians and gamers on this list.

YouTube has helped many new stars get their start in its short history. It is safe to assume that the platform will continue to help young, creative people get their start.

Are you a woman looking for the empowerment of some sort? Are you feeling alone and looking to connect with other women? Or are you simply looking for the best YouTube channels for women?

This article outlines the ten best youtube channels for women you need to follow. We have included their links, views, and number of subscribers. We also added brief facts about the channel so you know what each one is about. Let’s get started.

You should see: 10 Best Youtube Channels To Watch Full Movies

We made this list based on how many subscribers each channel has. We also consider the content they deliver and how important it could be to you. The best youtube channels for women are-

In 2010, Jenna’s video “How to Trick People into Thinking You’re Good-Looking” got 5.3 million views in one week. Even after eight years, she is still known for the kind of humor that made her famous. She runs one of the best YouTube channels for women.

Jenna Nicole Mourey has the most popular YouTube channel run by a woman. She is also the first social media star to have a wax figure of herself in the Madame Tussauds museum. She was in a few TV shows and full-length movies. However, none of them were as famous as Jenna’s YouTube videos.

She posts all sorts of content, from making a dog birthday cake to dying clothes with bleach. Her content would keep you glued to your screen.

Liza Koshy is a YouTuber who is charming and very funny. She has become one of the site’s biggest stars in a short time. In 2013, she started a YouTube channel, and a few years later, she talked to former US President Barack Obama. With 189 videos, she runs one of the best YouTube channels for women.

Liza’s channel has had more than 2.5 billion views, and her videos have millions of people watching them. Liza also works as an actress.

She is currently making a new YouTube show called Liza on Demand. She is only 21, but she will be one of the most popular female YouTubers for a long time.

This young, talented YouTuber makes videos in many different styles. Her channel has videos about beauty, comedy, DIY, and challenges, among other things. Rachel Levin has been posting videos to her YouTube channel since 2010. Her most popular video to date has 221 million views.

RELATED:  How Much Does The Highest Paid Teacher Make In Kansas

Rachel became well-known because of her beauty and fashion videos. Cosmopolitan and Forbes magazines have written about her more than once. The 23-year-old beauty guru is still one of the best Youtube channels for women. There’s no reason to think that will change soon.

Recommended: 10 Best Youtube Channels for Weight Loss: Get in Shape

Lily Singh is an actress, singer, writer, and philanthropist. She is also one of the most influential women on YouTube. Lily’s second YouTube channel is SuperwomanVlogs.

It has more than 2.2 million subscribers. This channel is where she posts her vlogs.

She works with big names like James Franco, Seth Rogen, Selena Gomez, and Steve Aoki. Lily’s acting career is almost as successful as her YouTube channel. She was in the HBO version of “Fahrenheit 451” and several TV shows.

More than 3.4 billion people have watched videos on Lilly’s IISuperwomanII channel. Forbes put her at number 10 on their list of the highest-paid YouTube stars in 2017.

She has content on motivational ted talks, changing your life, and funny skits. This YouTube has everything you need. As such, it is one of the best YouTube channels for women.

Zoe Elizabeth Sugg started working online in 2009 as a blogger. The early success of her blog led her to start her own YouTube channel that same year. Zoe mostly makes videos about fashion and beauty.

However, she also has videos with titles like “Ultimate Pizza Taste Challenge with Mark” and “Draw My Life.”

Zoe’s first book, “Girl Online,” came out in November 2014. It sold a record number of copies in a single week. She won the Cosmopolitan Blog Award, the Nickelodeon Kids’ Choice Award, and the Teen Choice Award. In 2016, she was up for the YouTuber of the Year Shorty Award.

She has been on YouTube since 2012 and currently has about 624 videos. She runs one of the best YouTube channels for women.

Clever Girl Finance is a slightly smaller channel that has videos about money. Bola Sokunbi, a Certified Financial Education Instructor, hosted it. In 2015, the channel helped women get out of debt, save money, and build wealth.

The videos cover every possible financial subtopic, such as which bank accounts are the best and paying off student loans. It also covered setting financial goals and why it’s crucial to marry the right person.

Even though money is so essential to success, most Americans have almost no idea how to handle the tricky world of money.

That’s why Clever Girl Finance has to be on this list. It is currently one of the best YouTube channels for women.

Sunny Lenarduzzi is the real deal. She is a self-made millionaire who turned her small social media consulting business into a money-making machine. And guess what? She did this in just a few years. She runs one of the best YouTube channels for women.

Lenarduzzi is an expert at marketing and mentoring. Many of her videos detail how Instagram works and how to get more followers.

Her videos would open your eye to most of the market strategies you have constantly overlooked. Even with her serious topics, she still finds a way to add a bit of humor, making you relax when listening.

She is very open about how she got to where she is. She gives detailed instructions and how-to guides so that her followers can do the same.

Her videos will push you to do more. She will teach you how to grow your business as well. You would have the motivation you need just by watching her YouTube channels.

You should see: 10 Best YouTube Channels for Jee Preparation

She is the most popular YouTuber in Australia. She is also known for her fashion and beauty videos. Her DIY videos and pranks make her videos so entertaining. The song’s name comes from her real name, Wen Jie Huang. Hers is one of the best YouTube channels for women.

She posts videos to the Wengie Vlogs and Wengie Music channels. In 2017, Wen put out a single in China called “Baby Believe Me.” After it came “Oh I Do,” which got 7 million views. She is a voice actress.

In the Australian and New Zealand versions of The Power Puff Girls, her voice was Blisstina’s Bliss Utonium.

The haul video is Bethany’s calling card. Since the beginning of the 2010s, she has been making them. In 2009, she put up her first video on YouTube. By 2015, over 9 million people were following her channel.

Most of Mota’s videos are about fashion, and she often advises on how to look good for different events.

She launched her clothing, perfume, and accessories line with Aeropostale. They are still trendy and still getting more followers. Bethany was on a few episodes of “Dancing With the Stars.” She put out a few singles that got praise from critics in a sensible way. Her channel is one of the best YouTube channels for women.

One of the most influential women on YouTube is a world-famous violinist- Lindsey Sterling. She started her Youtube channel in 2007.

You can find everything to do with her music on her channel, including many collaborations with other artists.

She plays classical, electronic, pop, and rock music and has released four studio albums. Lindsey has won the Billboard Music Award, the YouTube Award, and the Shorty Awards for her art.

At 31, she is still one of YouTube’s brightest stars. If you love music and inspiration, her channel will inspire you. It is one of the best YouTube channels for women.

Lindsey Stirling shows anyone that they can do anything. Lindsey Stirling once auditioned for America’s Got Talent and was told she didn’t have any talent. She then began to build herself on her own. Her story is a motivation to all.

Have you read: 10 Best Youtube Channels for Learning Piano

YouTube content creators use the platform’s features to their advantage by being creative and determined. Many of the best YouTubers make a good living doing what they love.

Most of them also have millions of subscribers and views. They do what they say they will do and keep putting out good content.

But the list of the best YouTube channels for women is not long. So, who are the most famous women on YouTube? These intelligent, funny, and creative women set the trends in fashion and makeup, educational materials, cooking, and much more.

You can pick any of the YouTube channels for women above and start to enjoy great content. If you are looking for any form of entertainment or motivation, the women on this list will surely provide it.

It’s no surprise that Liza Koshy and Jenna Marbles are some of the most subscribed-to female YouTubers in 2022. Their YouTube channels are inspiring and engaging. They run one of the best YouTube channels for women.

Yuya currently has the most subscribed YouTube channel. She has over 24.9 million subscribers.

Who is YouTube’s cutest girl?

What would be best for you depends on your interests and likes. However, we have branded JennaMarbles as the best YouTube channel for women.

Beauty and style, Getting healthy and fit, Music and content on shopping.

Males. Considering who uses YouTube, men are likelier to use it than women. 53.9% of YouTube viewers are men, but only 46.1% are women.