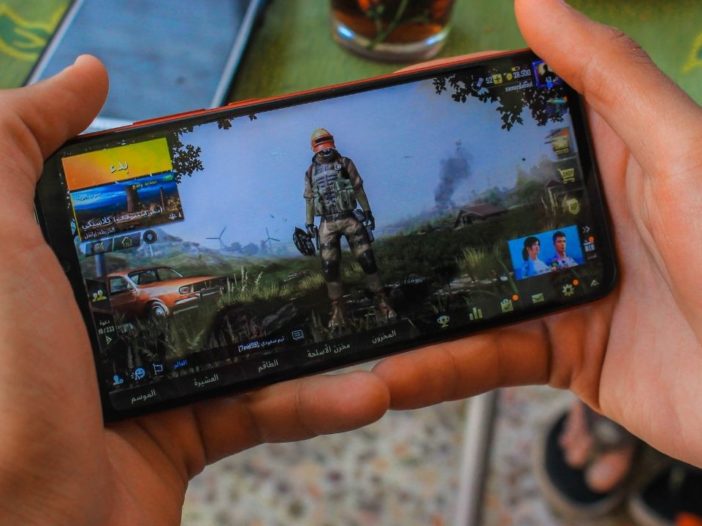 Yearly, new games are released, some of them become stale with time, while others become games we can’t stop playing.

These games regularly give us chills, suspense, and experience. And mostly, it is because of the perfect developer support, or regular patches that continue to improve the product.

So, if you want to know which games make it to the top ten as the most addictive online games then this article is for you.

Below are the 10 most addictive online games this year.

World of Warcraft is possibly the most famous MMO in the world. With over fifteen years of content updates spanning seven expansion packs, it is one of the most commonly played online games.

Before its release, MMORPGs had a certain type of game formula that was daunting for gamers in the MMO genre.

Then came WOW, which transformed the old formula into something more exciting and accessible to all types of players.

This strategy worked as WOW is now played by millions of people around the world. As gamers can live in a fantasy world where magic and dragons are real, and they can be any character they want.

It seems that the popularity of Fortnite made it an addictive online game overnight. People went crazy over the new game, the gameplay and settings, and its loot boxes.

Since its launch in 2017, Fortnite has recorded over 100 million players and even has people continuously streaming and making money off the game competitively.

Despite its ravaging advantages, Fortnite still has a downside. A study showed that 200 divorce cases in the UK from January to September 2018 have Fortnite as their cause. This is because when people get involved in competitive games like this where money can be made, they become absorbed in the game.

Another sizzling addictive online game is Final Fantasy XIV, developed by game director Yoshi-P and his team at Square Enix.

The team not only dropped their best expansions with Shadowbringers but modified the gaming experience by introducing big quality life updates that improve the experiences for new and old players.

Aside from the typical patches you see in every MMO, Final Fantasy XIV made some new additions to the game which include a new unique job, a Final Fantasy XV crossover event, and new post-game content in collaboration with Nier Automata this year.

DOTA 2 is a satisfying but complex game that can be very addictive. Not only does it have over a hundred heroes with unique abilities to learn (with about two heroes added each year), but there are also tons of items and creative ways to use both to achieve the ultimate goal of destroying the enemy team’s ancient.

The freedom to play creatively keeps DOTA 2 actively engaging even if you don’t want to learn all its heroes and roles.

Another strategy is its constant updates and seasonal events that help to retain player interest.

With so much constantly changing in the meta and an interesting professional scene to help interpret those changes, it’s fun that users keep coming back to DOTA 2.

Much has been said about the violent nature of Call of Duty, but there’s no doubt that it’s a very addictive online game.

The level of engagement this game invokes is so much that they are able to indulge some of the inherent traits that we still have from our hunter-gatherer ancestors.

Gamers playing first-person shooters have been seen to have an increased adrenaline level. And this is enough for most people to feel addicted to the game.

Undoubtedly, league of legends continues to be one of the most accessible games to the greater PC audience while still dishing out engaging content that makes players keep coming back for more.

It’s a game where teamwork, skill expression, and game knowledge work together to try to capture the victory.

More so, the League community is ever vibrant, and the developers do a good job in tweaking the game often so it doesn’t become stale.

Talk about a game that has kept players glued to their screen for a long time – Hearthstone. Although its competitive landscape may seem to be boring for long-time players, its other modes are what keep the game addictive.

So, if you enjoy competitive online games, the new Hearthstone Battlegrounds is a great place to start as it captures the most prominent players.

Another addictive online game on this list is the Counterstrike: Global Offensive game. Despite being released on August 21, 2012, it still dominates the market as the first-person shooter genre.

More so, there is a wide range of esports tournaments and leagues that operate all year round, which means players who want to get into the competitive scene of CS:GO have lots of opportunities to do so.

Rainbow Six siege is the least game to come to mind when you talk about the most addictive online games this year. In fact, if you had told me in 2015 that that boring game with little or no engagement would make it to this list, I’d have slapped you.

However, we are here and yes, Rainbow six siege makes it to the list. With constant updates, tweaks to the operators, and huge championships featuring new reveals every year, Ubisoft has managed to keep the game engaging.

Rounding up my list of addictive online games is Destiny2. With the initial launch of Destiny 2, fans seemed to be well impressed with the original.

PVP teams became larger, there was an odd mod-based power level chase, and the Raid only had a single big-boss damage encounter. It was good but faltered in the endgame.

However, in 2019, more improvements have been made to the original sandbox and the team continues to do so with their latest release of Destiny 2 Shadowkeep which brings back a 3v3 PVP mode.

There you have it! The most addictive online games this year. Narrowing it down to 10 was a bit difficult, so you can be sure that these are really engaging games.

Are there other addictive games not mentioned here? Kindly let me know in the comments section.