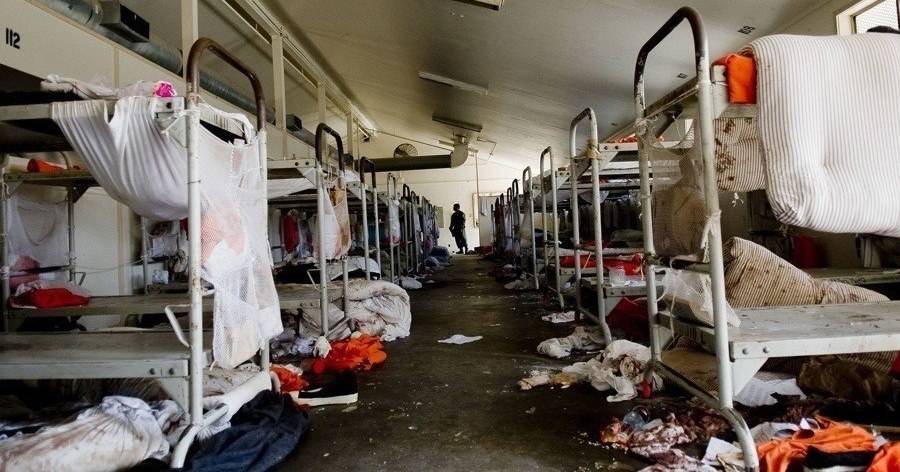 A lot of times we conceive of prisons as correctional facilities where outlaws and dissidents are rehabilitated and integrated back into society.

Well, it might also interest you to know that Prison is also the place where you come across some of the world’s most dangerous human beings.

So dangerous that there is no hope for proper rehabilitation. We shall be listing the 10 most dangerous prisoners in the world.

These people are dangerous that a mere mention of their name resonates with fear in most prison officials or people that have come close to them.

Ranging from murder, arson, robbery, and drug-related offenses, among many other things these individuals are nightmares and are not seen in your regular correctional facilities but rather maximum prisons where they are caged from the rest of the prisoners.

A good number of the most dangerous prisoners in the world are either on life sentences or awaiting execution.

They did not get there through petty theft but rather high-profile criminal cases that put lots of people at risk if they are not caged.

Who is the Most Dangerous Man in Prison?

The name Thomas Silverstein might sound very nice and innocent to you. But, wait until you find out how he orchestrated the murders of fellow prison inmates and even a prison guard.

Thomas was so dangerous that fellow inmates were scared of him and prison guards apply caution while dealing with him.

The regular cell was not enough lock-up for him, the prison guards had to put him in solitary confinement where he barely came in contact with anybody.

In most situations, he shows no remorse for his crimes and accuses the victims of getting what they deserved. Thomas died in 2019 after a failed heart surgery at the age of 67.

Read Also: 10 Most Dangerous Spiders In The World

What Cells do the Most Dangerous Prisoners go to?

What makes a prisoner dangerous is mostly their conduct while in prison and not what brought them there.

When a prisoner appears to show no remorse and still goes on to perpetuate dangerous crimes such as murder, and trafficking in drugs while in prison the criminal is tagged dangerous and at such would be treated as one.

The prisoner is first locked in solitary confinement in a maximum-security prison.

However, if it appears not enough they are finally caged or have a death sentence placed on them for execution.

In some cases, a rare kind of cell is crafted for the individual with the different inhumane treatment meted on them.

RELATED:  Earn at Home Club Reviews 2022: Is It Legit or a Make money Online Scam?

What is the Worst Prison in the World?

Psychologists say the original idea behind prison is to rehabilitate the individual and then reintegrate back into society.

However, there are some prisons that do the opposite, rather it brings out the worst in the prisoner.

These Prisons are usually dubbed living hell for inmates. Ranging from little or no health care to overcrowding, lack of basic amenities, constant riots, outbreaks of epidemics among many other things the list is endless.

There are so many of them all over the world. But, for the sake of this text, we shall narrow down to the worst of them which is Sabaneta Prison in Venezuela.

It might not actually come as a surprise owing to the high rate of crime in the country. Sabaneta houses more than 3000 prisoners as against the original design for just 700 inmates.

There is always a struggle for survival with many forming rival gang groups leading to constant clashes among inmates. Other illicit crimes are also orchestrated outside of the prison.

Sabaneta Prison is where you see many of Venezuela’s most dangerous prisoners. Experts say Sabenta does not rehabilitate rather it brings out the worst in the prisoner.

Read Also: 10 Most Dangerous Airports In The World

Who is Charles Bronson?

One name that the history of criminals in Britain will not forget is Charles Bronson.

Known as Britain’s most violent criminal, Bronson has spent most of his life in prison after first getting arrested in 1974.

Due to his erratic violent behavior, he was denied parole many times and has his prison sentence extended.

Once he gets out, Bronson doesn’t stay too long before getting arrested for yet another crime.

He has been featured in magazine articles and had a character crafted after him in movies making him a high-profile criminal.

He is also a gifted artist with award-winning paintings and artworks to his credit. While in prison, Bronson wrote many poems and books.

Bronson is still very much alive and still in prison. He is believed to be making efforts to secure a release for himself.

10 Most Expensive Prisons in the World

While some prisons like we earlier stated might represent an obscure prison idea, there are quite a few others that actually do rehabilitate inmates.

RELATED:  Avast vs Norton: Best Antivirus in 2021 for PCs, Mac, and Other Devices

You can even go ahead to say that they go the extra mile in making a prison appear like a vacation home.

We have got quite a handful of them but we will narrow them down to 10.

Read Also: Most Dangerous Bridges In The World In 2021

Coming first on the list is Bastoy Prison Norway. One can easily mistake it for a vacation home owing to the high-end luxury inmates enjoy.

The sole idea behind the prison according to officials is to ensure inmates are rehabilitated.

Ranging from horse riding, sunbathing, private television rooms, and well-furnished cells among many other things.

It is clear prisoners at Bastoy Prison Norway don’t appear to be paying a heavy price for their crime.

A first-time visit to Otago Prison in New Zealand will make you think it’s a skill acquisition center. But, it’s actually a prison.

Not what you expected right? well. that is why it made it to our list of best prisons in the world.

Inmates at Otago go through different skill acquisition drills. Ranging from farming, basic Engineering skills, and many other entrepreneurial skills.

They also enjoy the luxury of having indoor games, well-furnished sets in their cells, rich delicacies, and many other things you don’t see in regular prisons.

Imagine serving a prison sentence where you have your private room, kitchen, toilet, and television set.

Justice Center Leoben is all of that and more. Officials and guards also allow prisoners easy movement with minimal restriction.

It might also interest you to know there is a balcony for each cell in the Justice Center.

One peculiarity Aranjuez prison has is how they allow children to visit their parents in prison and can spend almost the whole day with them. A family reunion is a top priority for officials here.

In addition to that, the facility is furnished in a way that makes the environment homely for visitors and Inmates.

The list of luxury prisons in the world would have been incomplete if we fail to mention Champ-Dollon Prison, Switzerland.

This is because it cost the Swiss Government over $40 million to renovate it to a luxury standard after it became overcrowded.

It does not harbor any of the world’s most dangerous prisoners. It has recorded lots of success in rehabilitating a lot of inmates.

Read Also: 10 Most Dangerous Snakes In The World

Addiewell inmates just like Otago in New Zealand spend a good part of their time learning new crafts and arts.

It’s on the list of the 10 most expensive prisons in the world because crime writers usually dub it home away from home. All this and much more help in the prisoner’s rehabilitation process.

It might actually shock you to know that a Prison in Indonesia made the list. Well, Pondok Bambu Prison is not your regular Indonesian correctional center.

It has however received wild criticism especially with the luxury the supposed inmates enjoy in their luxury cells.

JVA Prison in Germany can be easily mistaken for a relaxation spot. But, the presence of prison guards will tell you that it’s a prison.

Similar to others, JVA boasts of a conference room, private bathroom, and bedroom for each inmate. Prisoners also enjoy sumptuous meals with very lenient prison guards.

The person you offended won’t be happy to hear you are serving your prison sentence in Sollentuna Prison, Sweden. What should appear as punishment is luxury at its peak in Sollentuna.

In addition to well-furnished private cells, Inmates also get to access a state-of-the-art gym at their convenience.

It appears last on the list but Cebu Prison in the Philippines carved a peculiarity for itself. The prison is popular for using dance routines and aerobics to rehabilitate inmates.

They also hold dance concerts and are usually invited for performances. It has succeeded in rehabilitating a good number of the Philippines ’ most dangerous prisoners.

Cebu Prison is on the list of our 10 most expensive prisons in the world because running such a program for prisoners is expensive. You only need to commit a crime to be part of all of this.

Conclusively, crime is a menace that will always remain. However, on the other hand, prison can actually be a good rehabilitation medium to bring out the best from the most dangerous prisoners condemned by society. The process might not be easy but it surely does worth it.